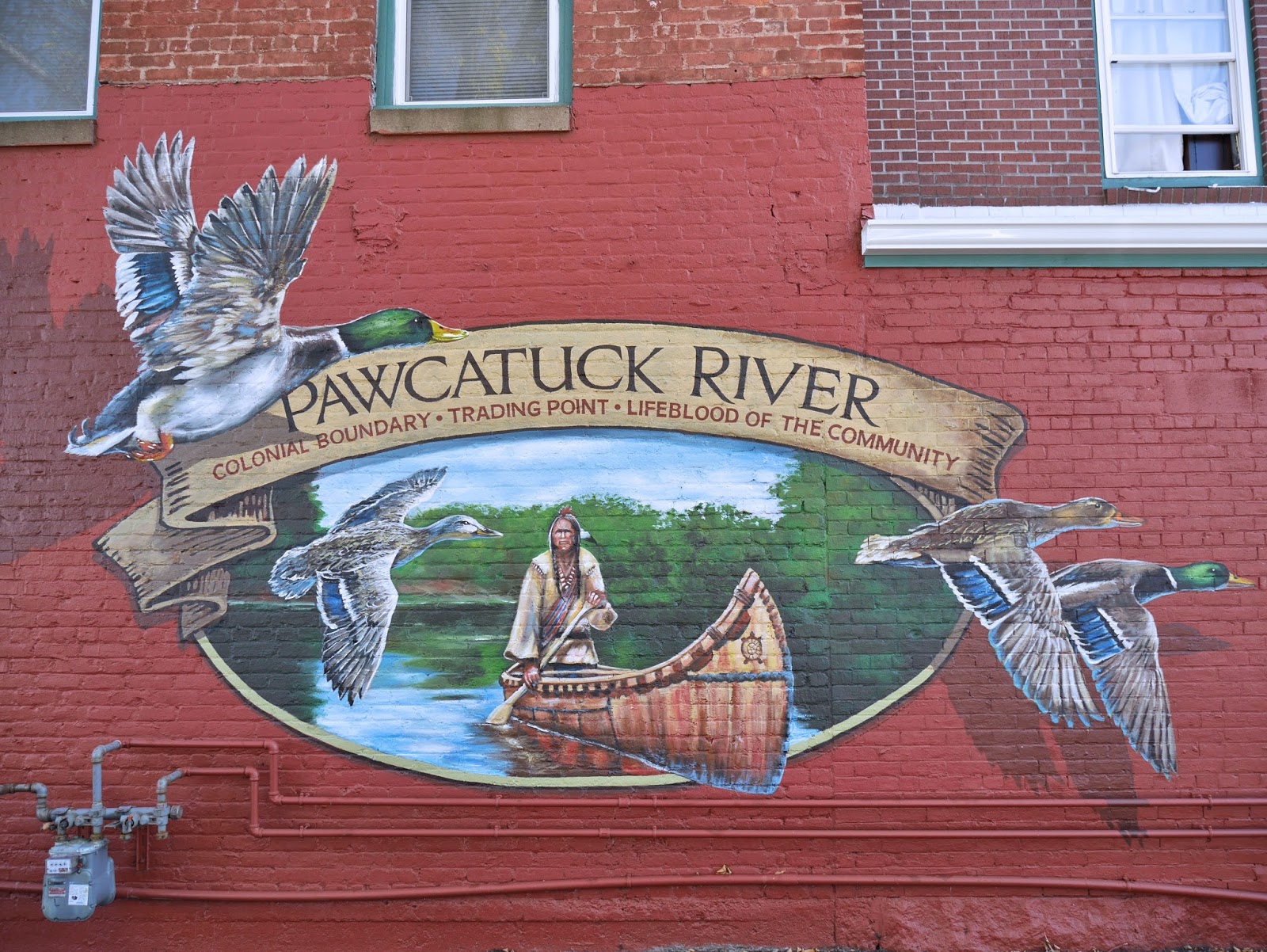 I've long had a love-hate relationship with murals, or maybe it would be more accurate to say a mix of love and skepticism; I'm always happy to spy a mural, whether stretched out along the flood wall of a small Midwestern river town or splashed across an old brick building in a New England city. There's no denying that they brighten up the streetscape, and when they depict events in local history and have a vintage look - which they often do - I'm drawn to them even more. And yet. Sometimes I see people getting all excited about a bright new mural in an economically distressed municipality, as if one Instagram-friendly section of wall can solve every problem, and the cynical side of me (which tbh is about 7/8 of my total being) just rolls its eyes.

But the murals keep going up, and I keep crossing the street to take pictures of them, so I have to admit I'm slowly being won over by the lure of paint skillfully applied to brick. I posted here last year about the New London Mural Walk (still the largest collection of murals in New England, as far as I know) but my recent trip to Detroit's Eastern Market neighborhood may have been the tipping point: there, for the first time, I got the sense that large-scale public art might really have the power (along with a slew of other efforts, of course) to change a neighborhood for the better.

So I was feeling uncharacteristically optimistic last week when I went in search of a brand new collection of murals in Pawcatuck and neighboring Westerly, RI. These were done all at once, over the course of the four-day Bricks and Murals Festival, held in September. The murals were painted on Connecticut and Rhode Island buildings by a traveling band of artists called the Walldogs, who do this kind of thing all over the world. The Westerly-Pawcatuck event was the first time the group has come to decorate a community in the northeast.

There are fifteen murals, I think; I didn't find all of them, and I didn't photograph all that I found. But I spotted most of them, and it was a fun, nerdy little scavenger hunt. The paintings aren't necessarily in the most obvious locations, which also helps to remove any hint of a promotional stunt. (Which it pretty much is; the Bricks and Murals website says the aim of the project is to "[create] an exciting destination for locals and visitors alike" and "[open] the area to opportunities for future events and activities.") The paintings look as if they could have sprung up organically over a period of decades, and they share a 1930s style that fits in perfectly in the historic, walkable centers of Pawcatuck, in the eastern part of Stonington, and Westerly, just over the state line.

Of course, you don't need murals as an excuse to visit these connected border towns. Tiny Pawcatuck is an attractive and underappreciated corner of Connecticut, and Westerly, with its old-fashioned main street and serene Wilcox Park, is always worth a stop. But in a surprisingly subtle way, these new additions enhance the appeal that was already there. 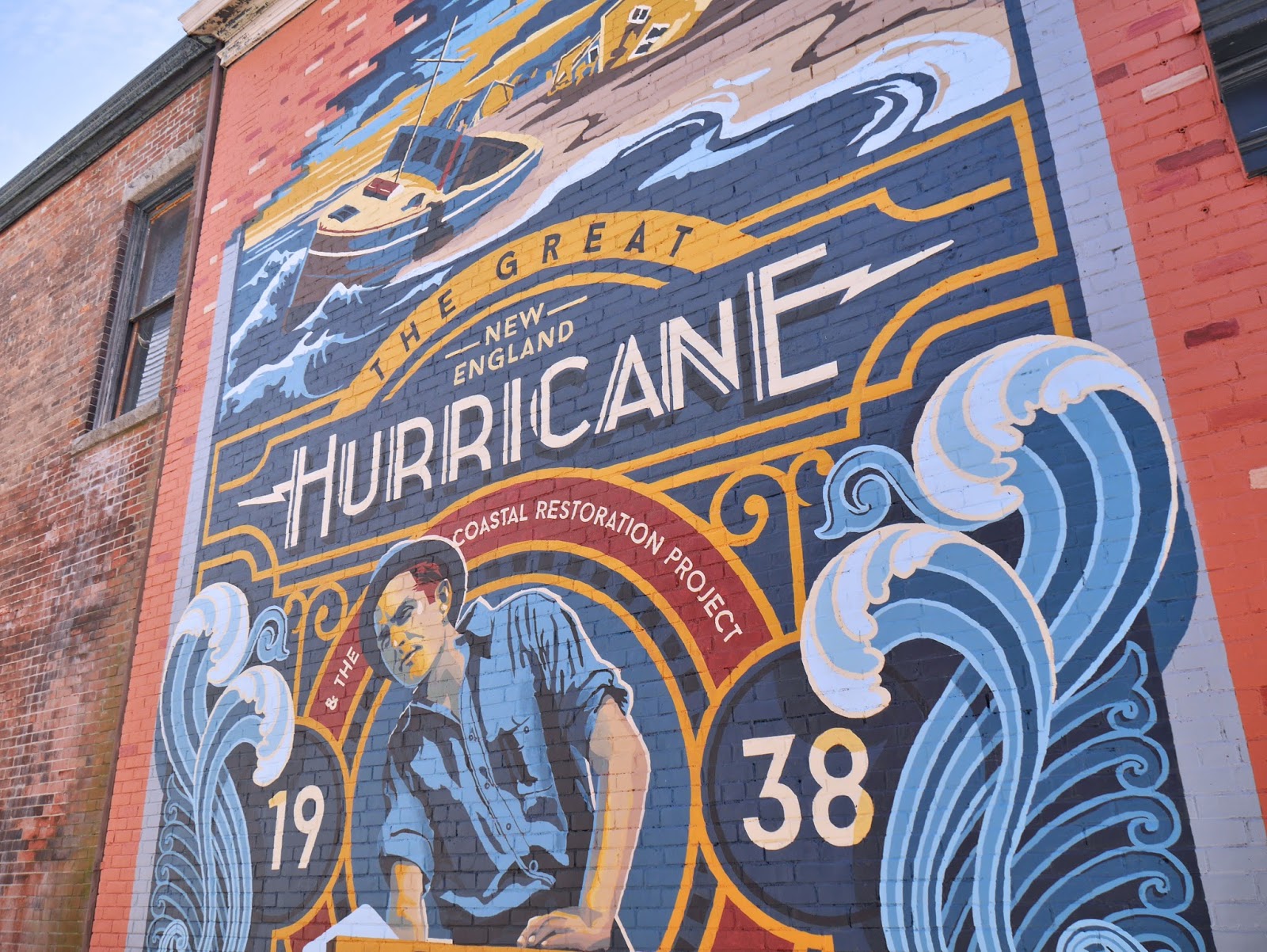 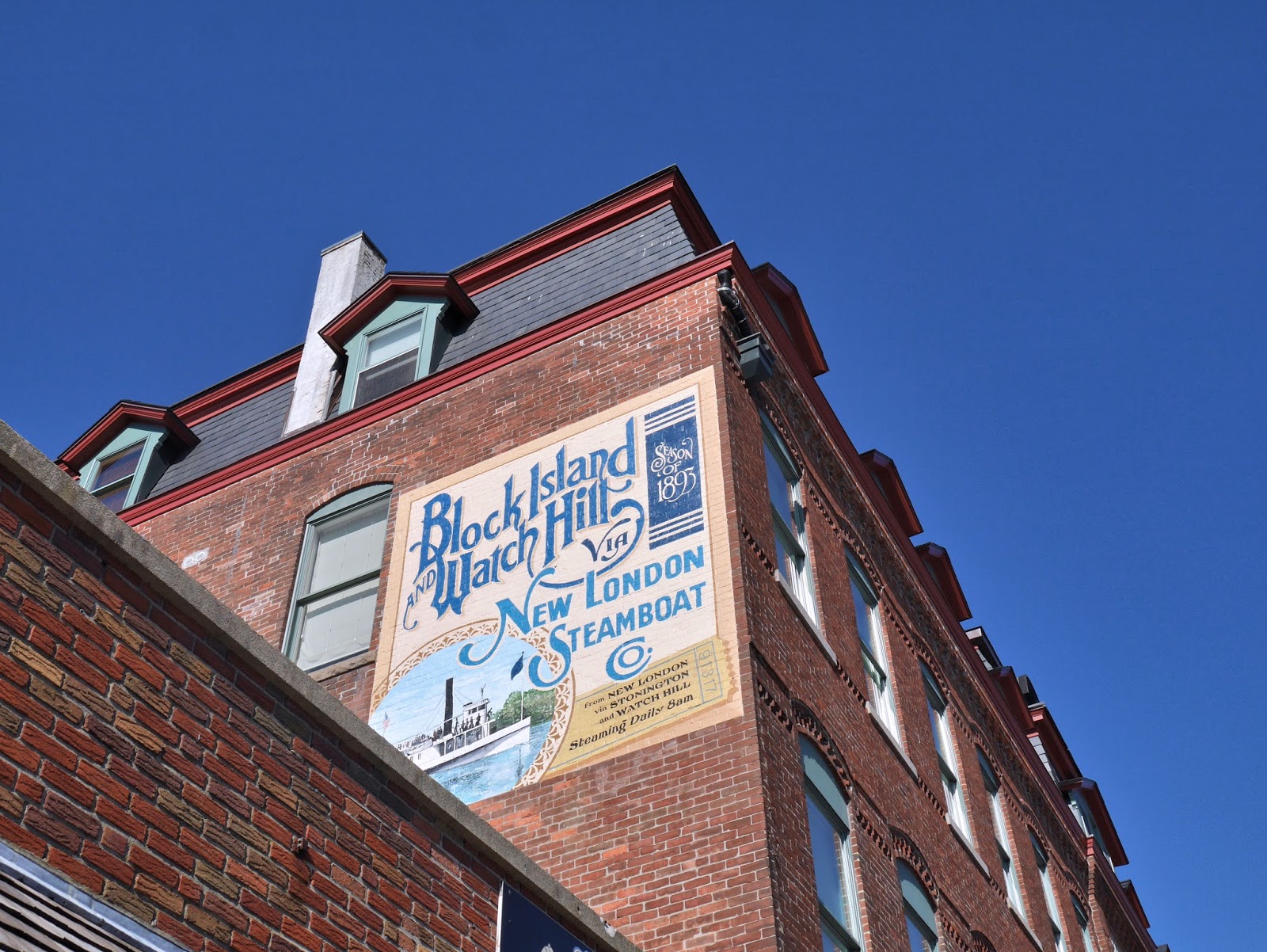 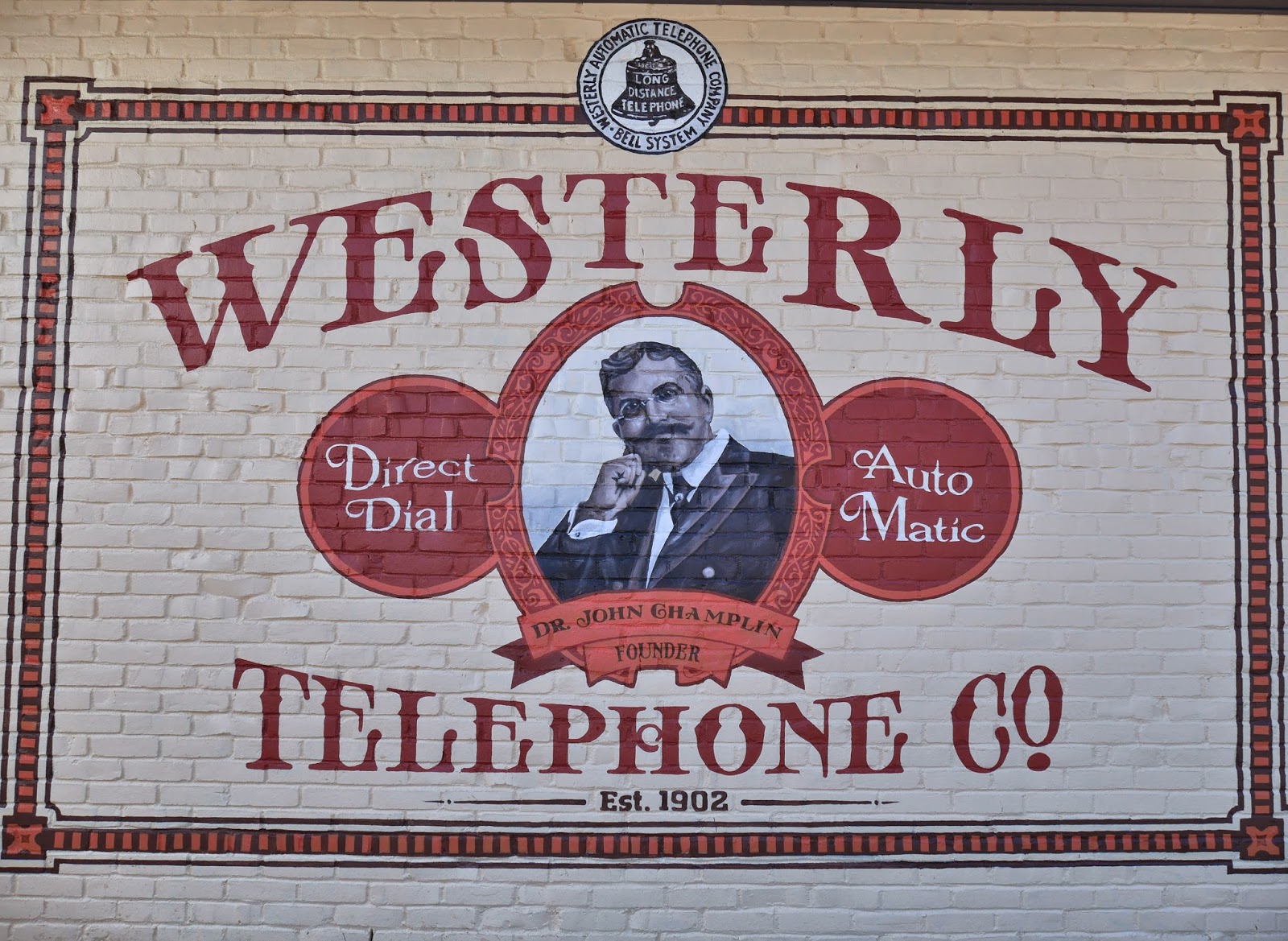 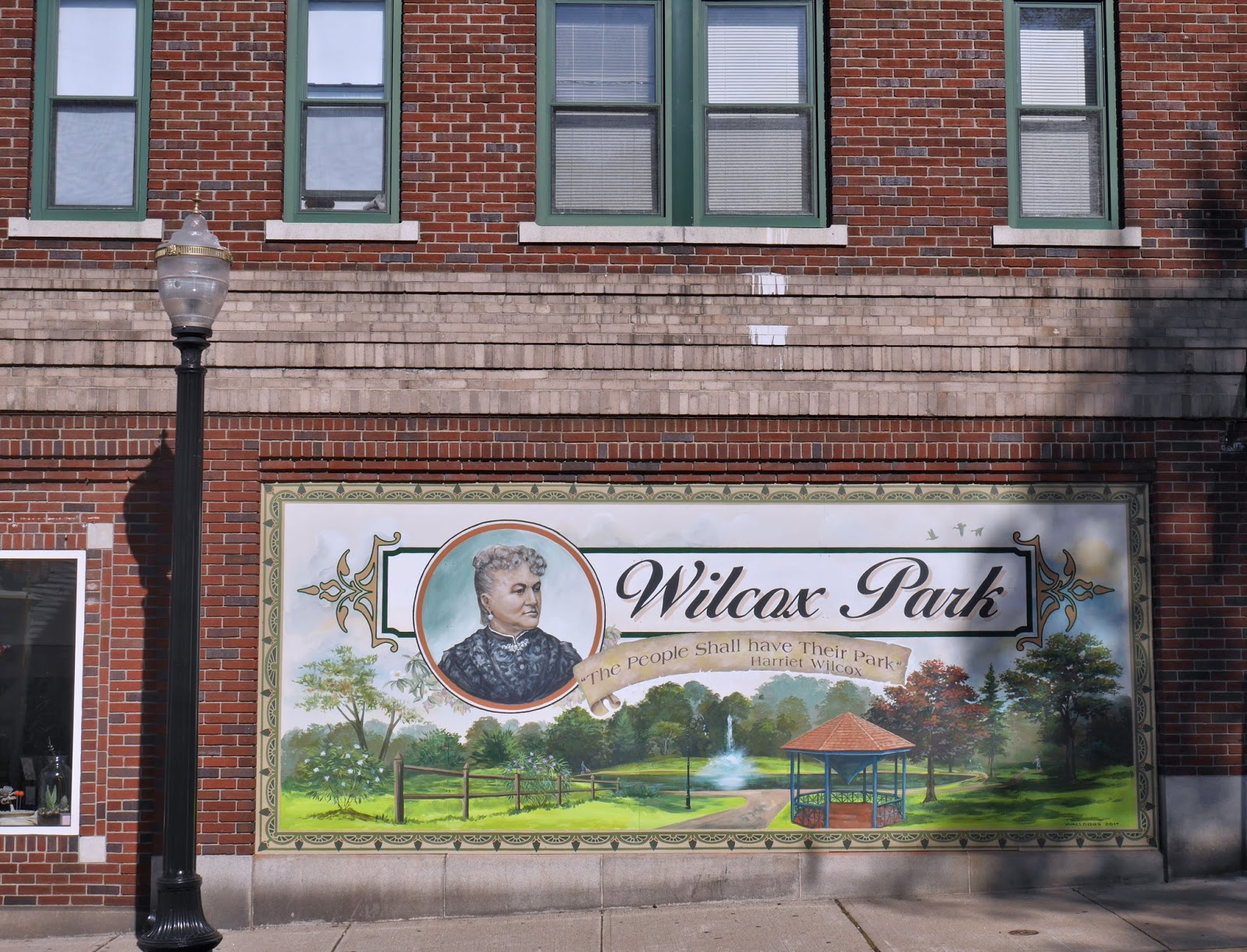 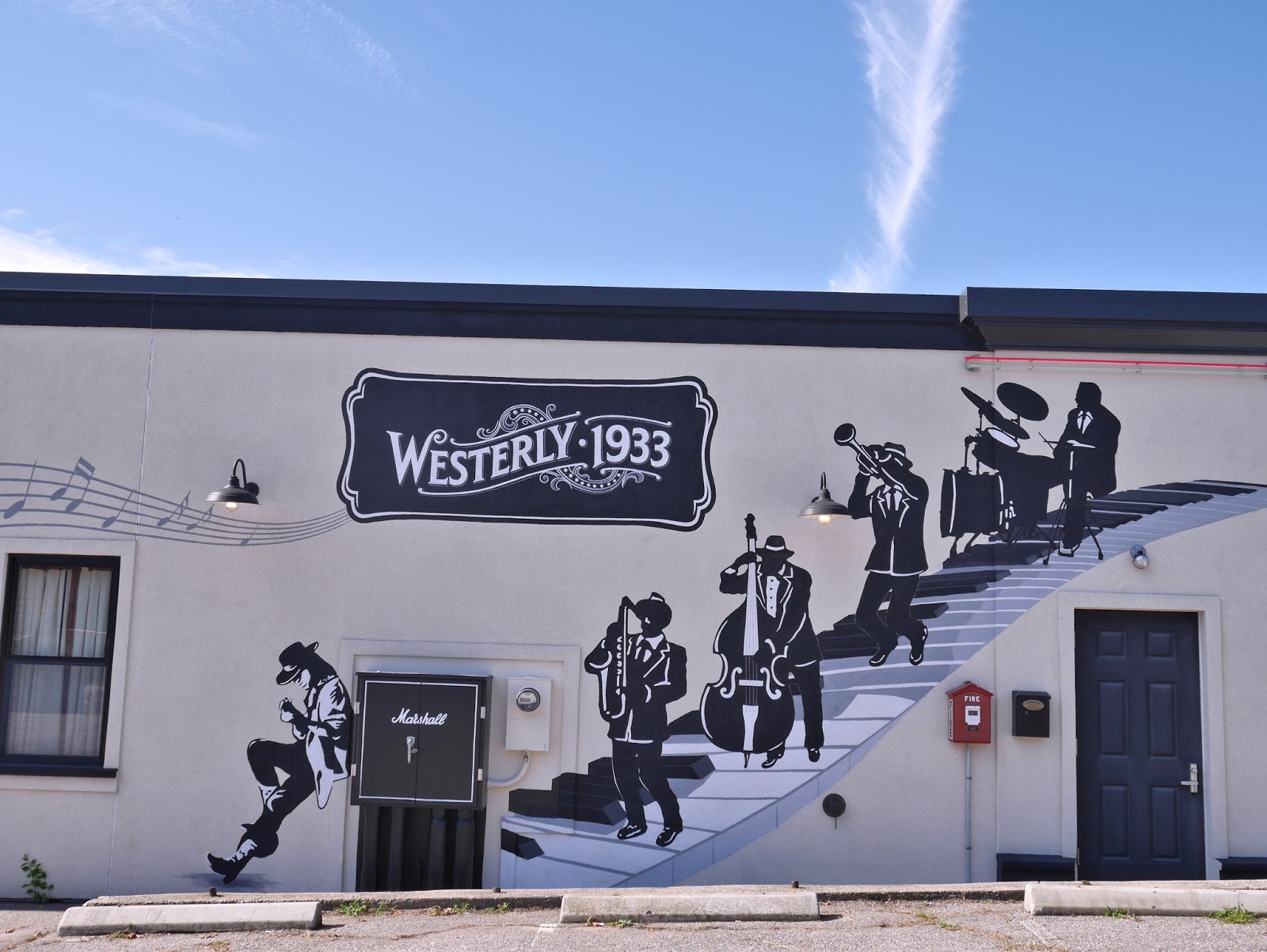 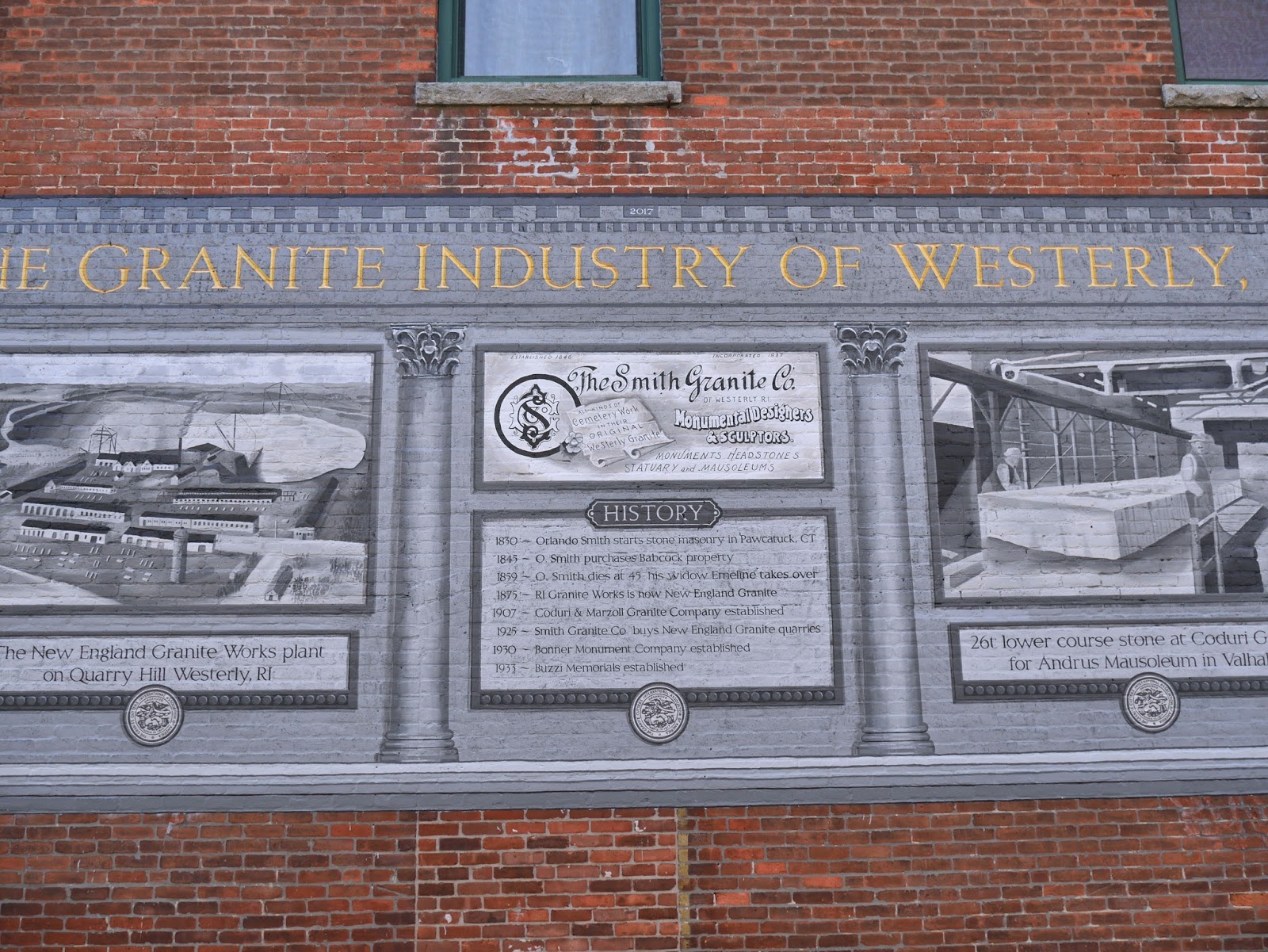 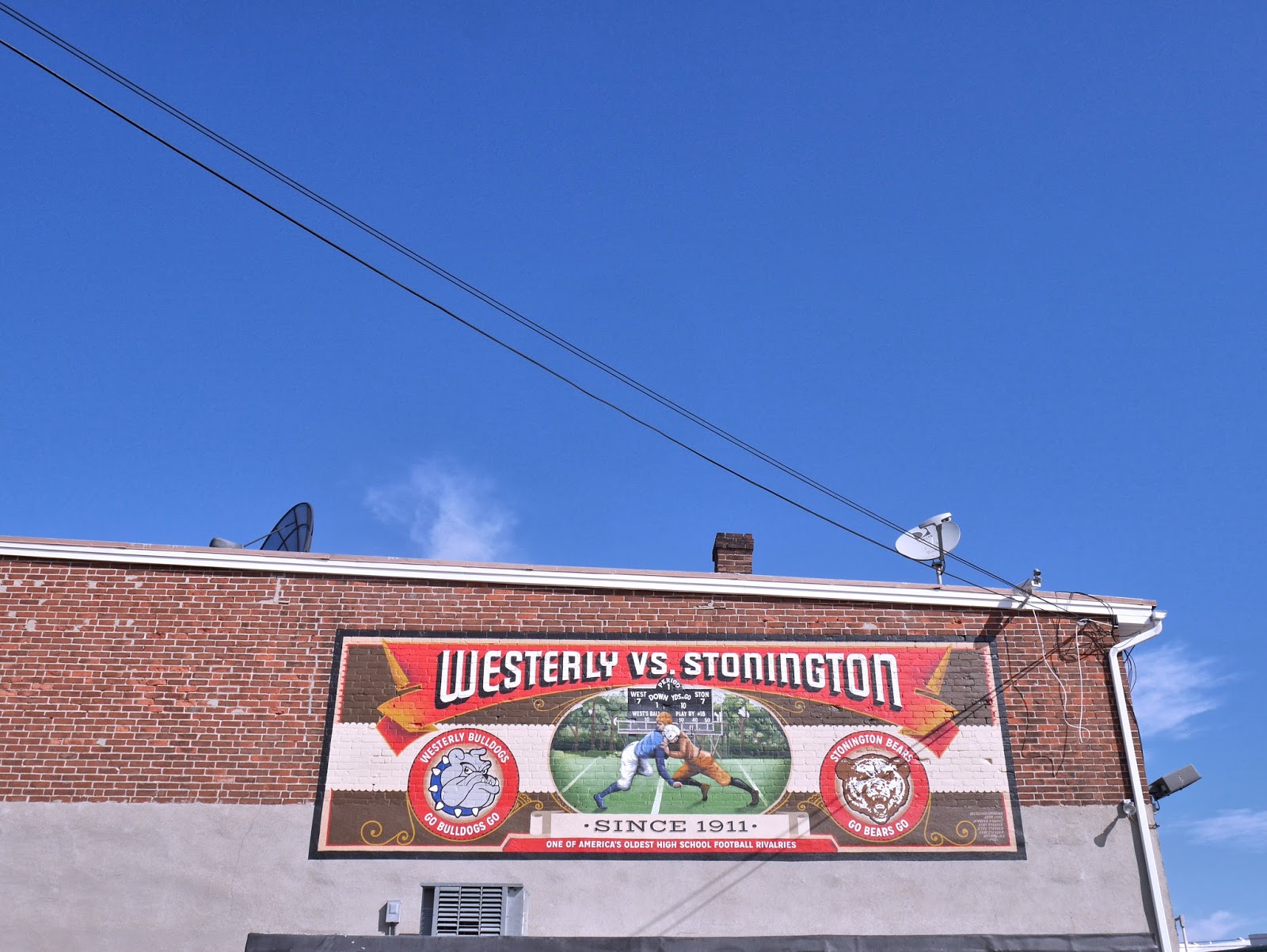 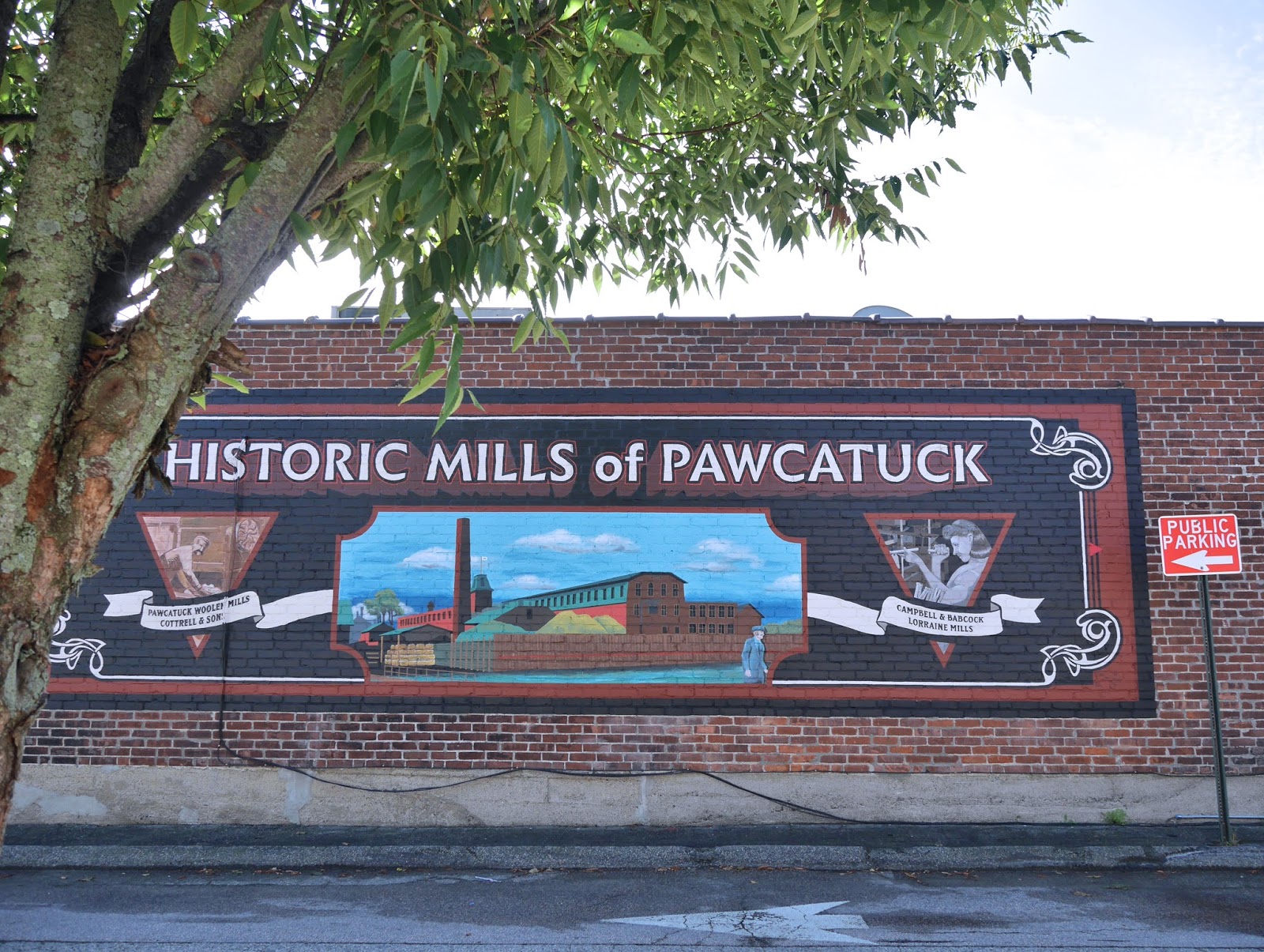 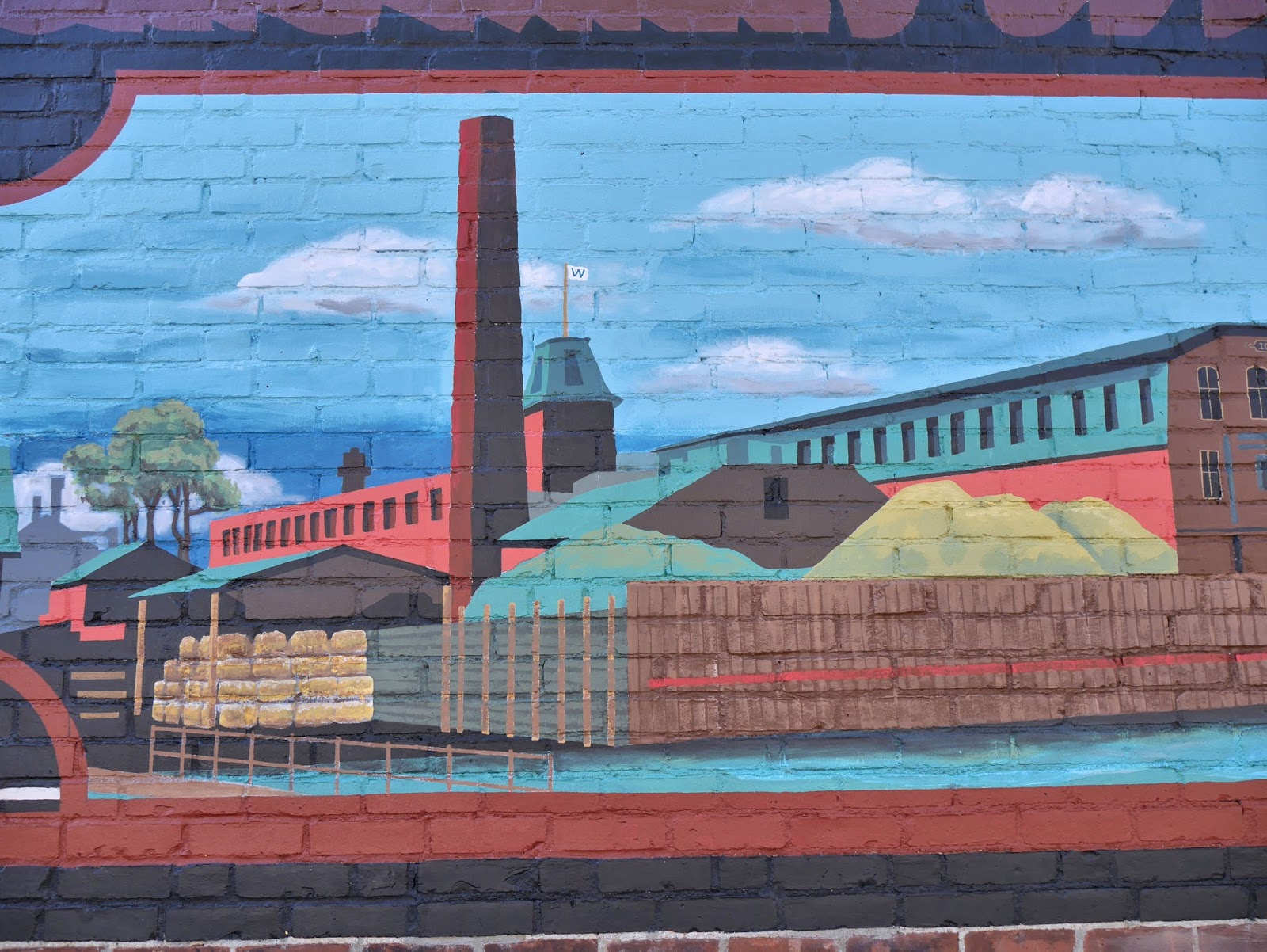 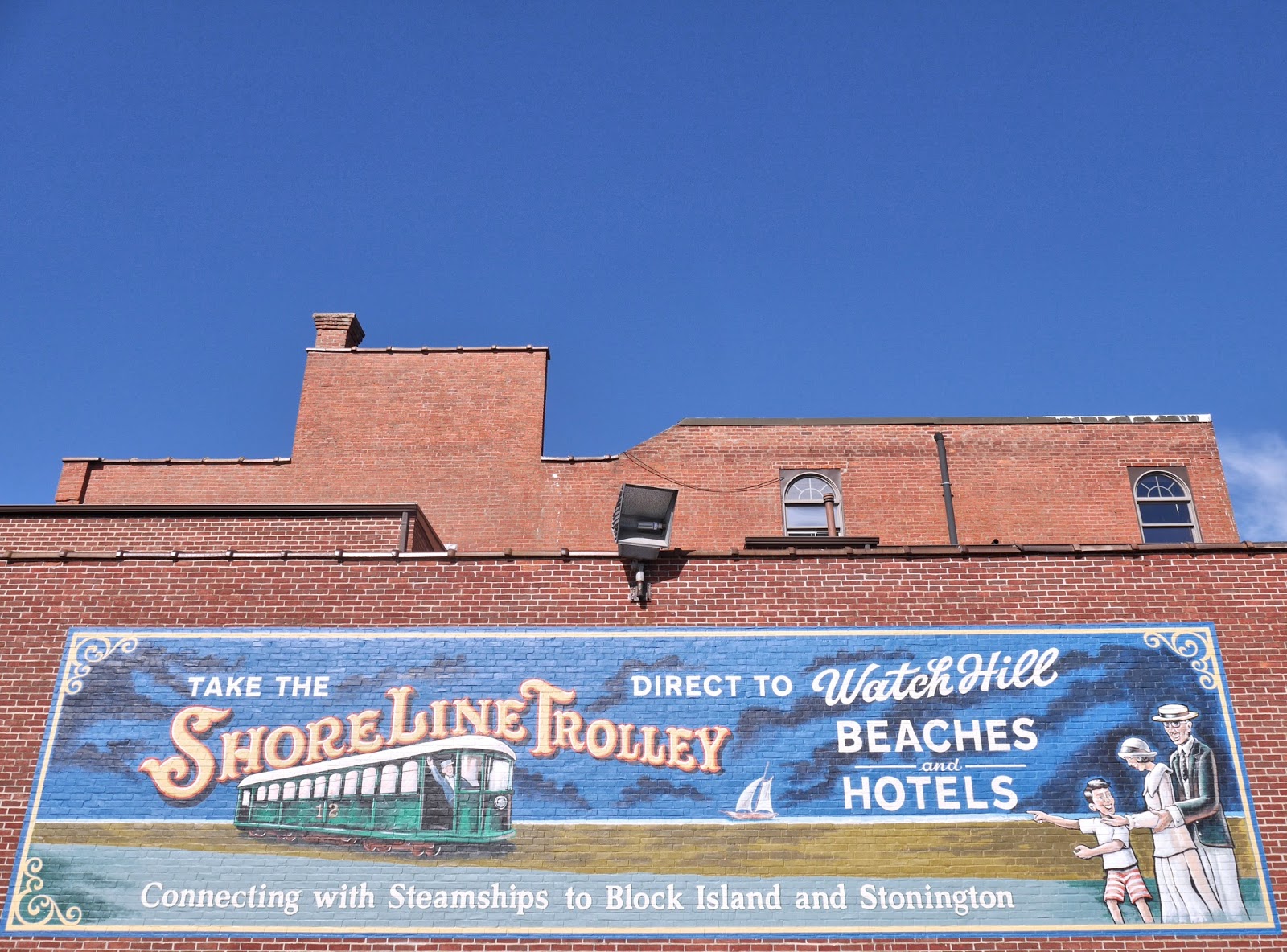 Posted by Johnna Kaplan at 7:00 AM