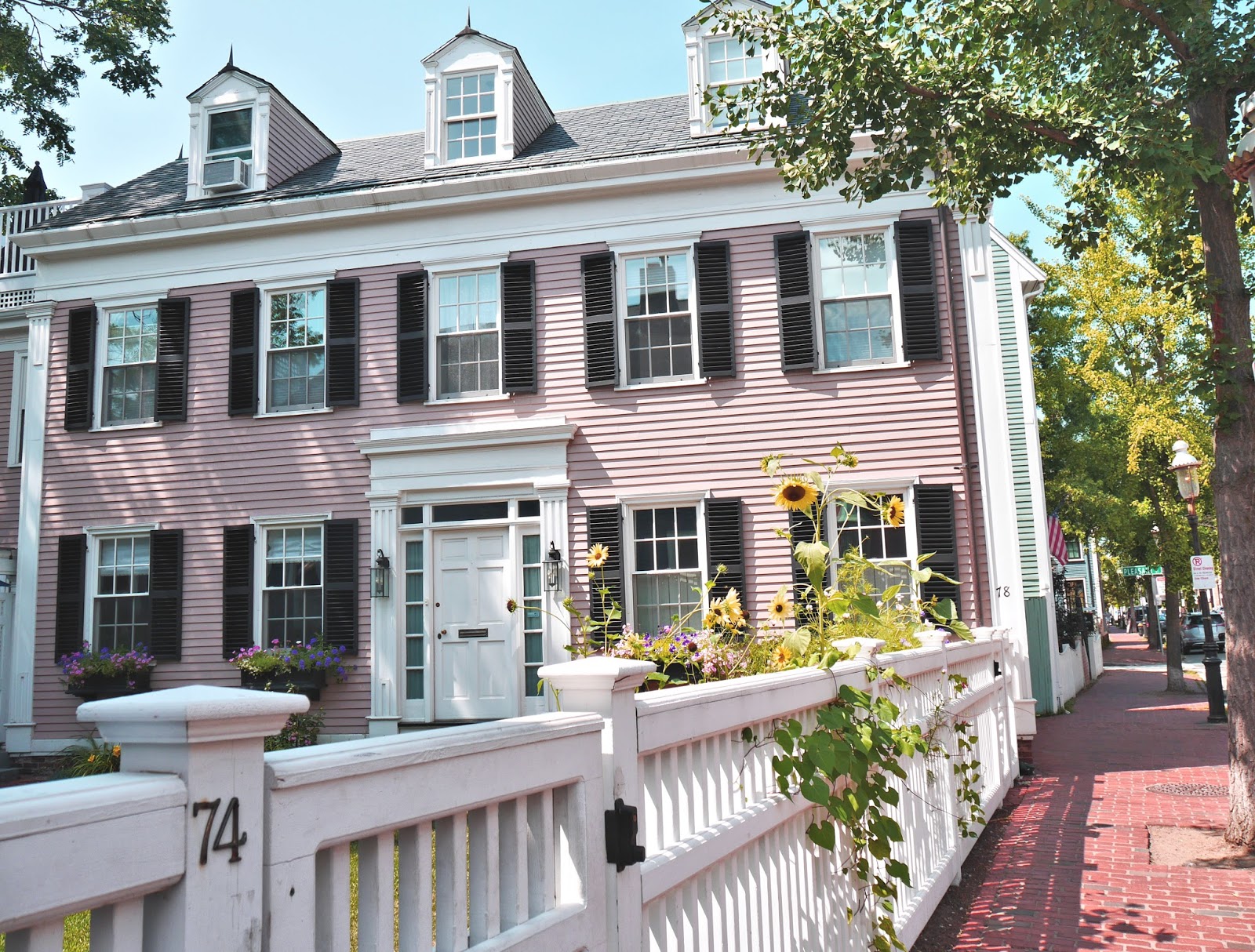 I wasn't planning on writing a blog post when I went to Boston last weekend - it was just a trip to meet up with a friend and relax on a rare day off. But when I got there, everything looked so pretty that I couldn't resist snapping some photos. And then I realized that I've done a few posts over the years about other Boston neighborhoods - namely South End, North End, and Beacon Hill - so why not add Charlestown too?

I can only remember coming to this quiet, historic area once before, maybe 8 years ago. That visit has a special - and by special I mean kind of terrible - place in my memory, because that was the day I walked the Freedom Trail and destroyed my first knee. (The second knee followed shortly after, as I walked along the water right here in New London.) Before that, I could and did walk all day, any day; for a period of years after, I could barely walk across a parking lot and stairs were nearly impossible.
Getting my knees to function again has been a long and slow process that isn't yet over, but while they'll probably never be the same, I can now usually walk for several hours (or several miles, depending on how I'm counting) without pain.

And this time, when my friend Stephanie and I followed the red brick line of the Freedom Trail to Bunker Hill and then left it to wander the hilly streets of this lovely waterfront neighborhood, my knees held up.

I have no statistics on this, but I suspect that many people who begin the Freedom Trail (intentionally or spontaneously) at or near the start never make it to Charlestown. It's easy to get distracted by something - a historic site, a coffee shop, a bar, or just the hubbub of Boston Common, Faneuil Hall, or the North End - along the way. If you don't live here, you really have to commit to walking across Charlestown Bridge - not that it's far, just that rivers have a way of forcing decisions. That would at least explain why, despite major attractions like the Bunker Hill Monument and Museum and the USS Constitution, both times I've been to Charlestown have been calm, as if the other tourists mostly wandered off and the streets were empty but for a few locals going about their day.

Anyway, none of that has much to do with the point of this post, which is simply to share some pretty Charelstown shots and encourage you, the next time you're in Boston, to cross the Charles River and explore this neighborhood too. And here's a little bonus travel tip: when you're done in Charlestown, take the MBTA's commuter ferry from the Navy Yard to Long Wharf. You can enjoy a scenic little boat ride, avoid walking through crowds, and you'll end up at the New England Aquarium, where you can stand on the sidewalk and get a free show from the seals, who like to show off for passers-by gathered at their window. 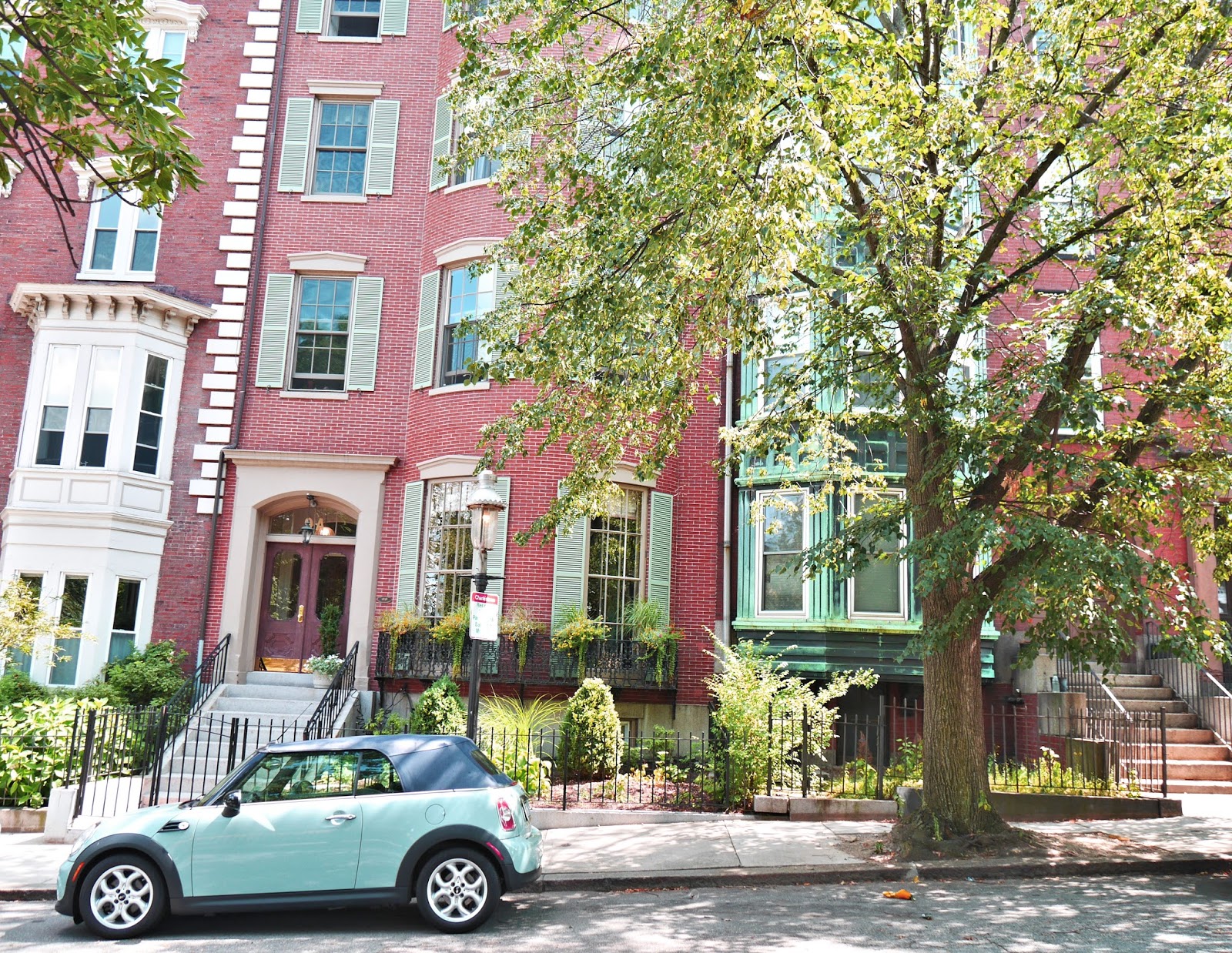 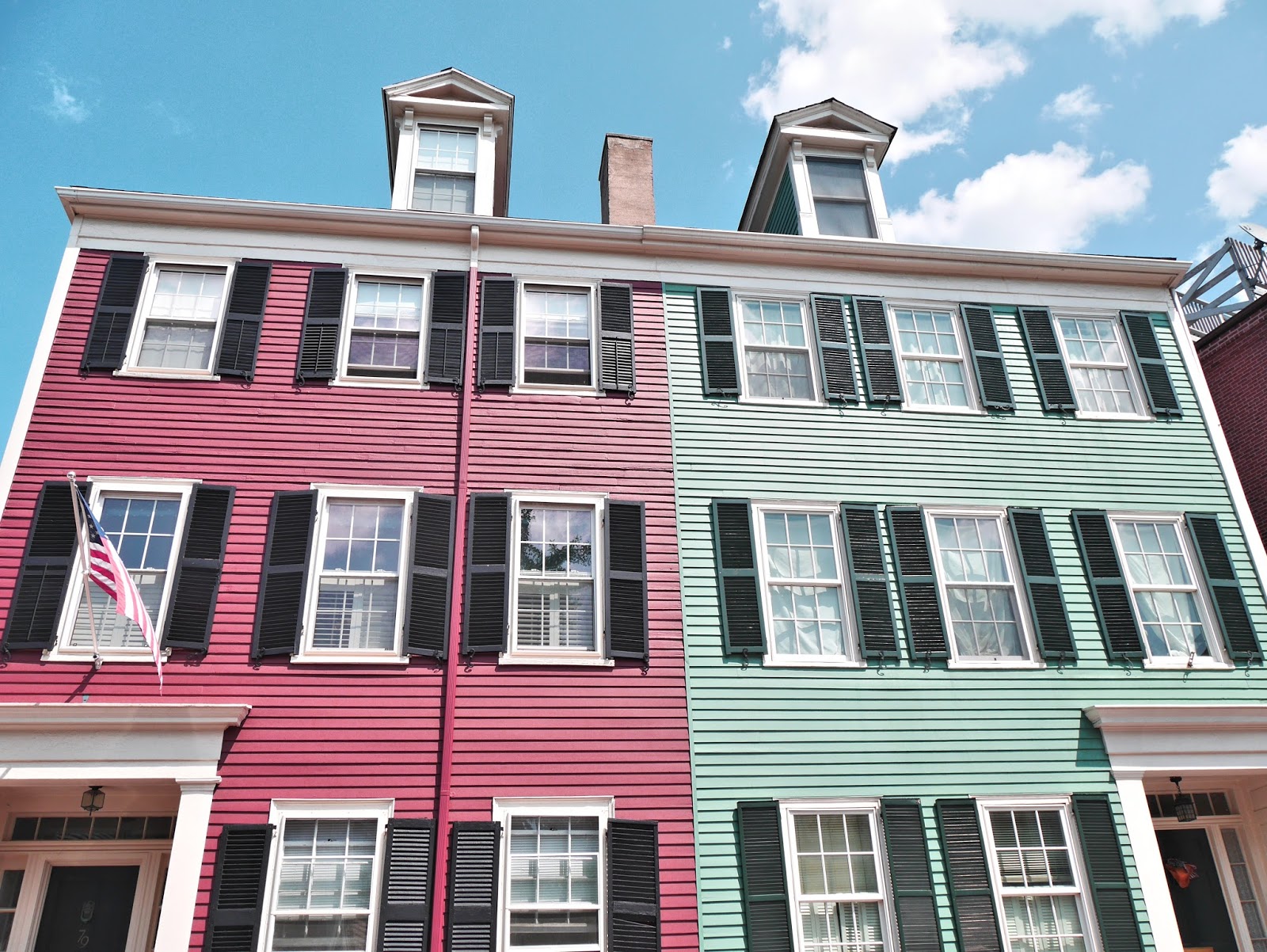 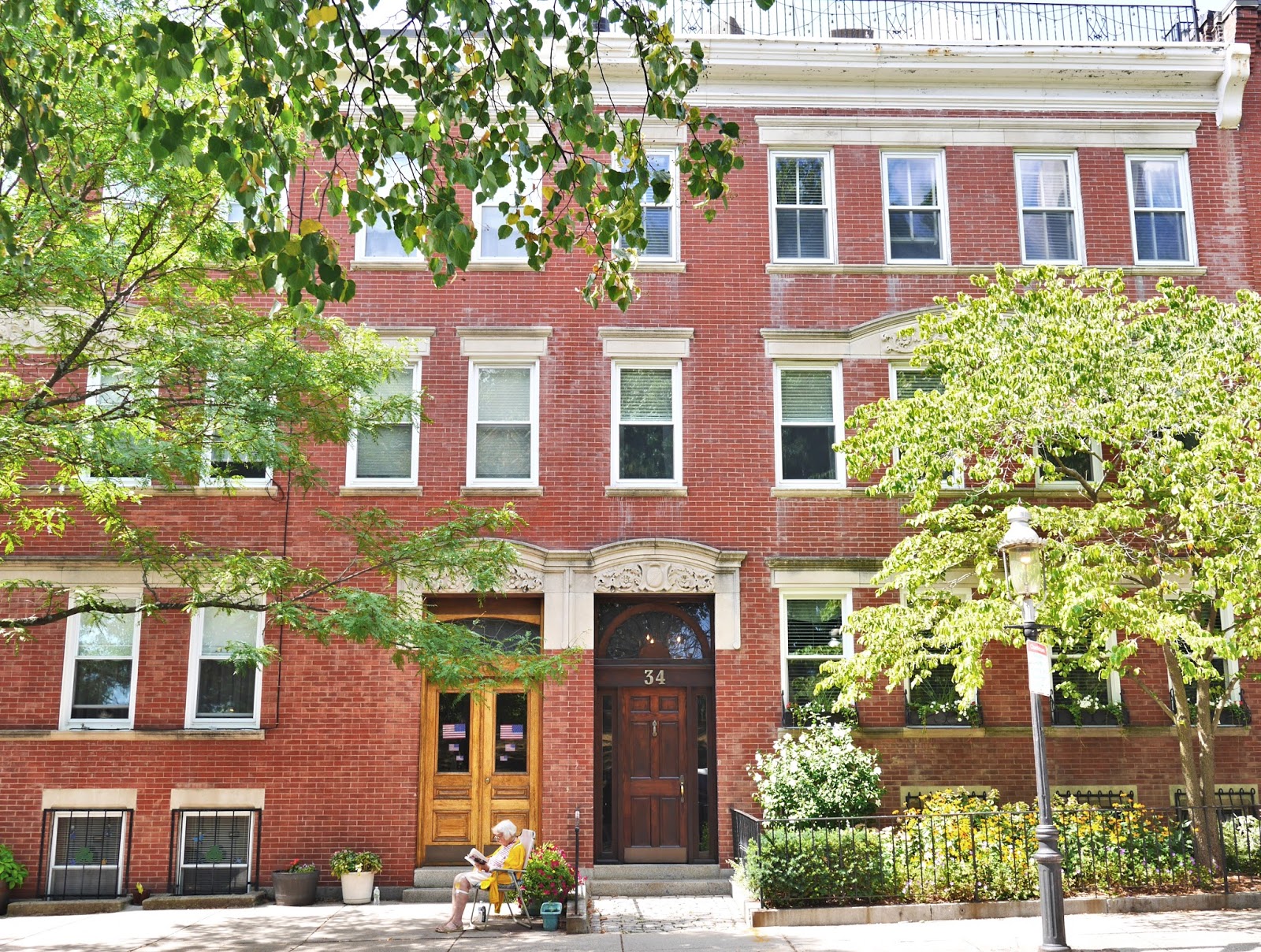 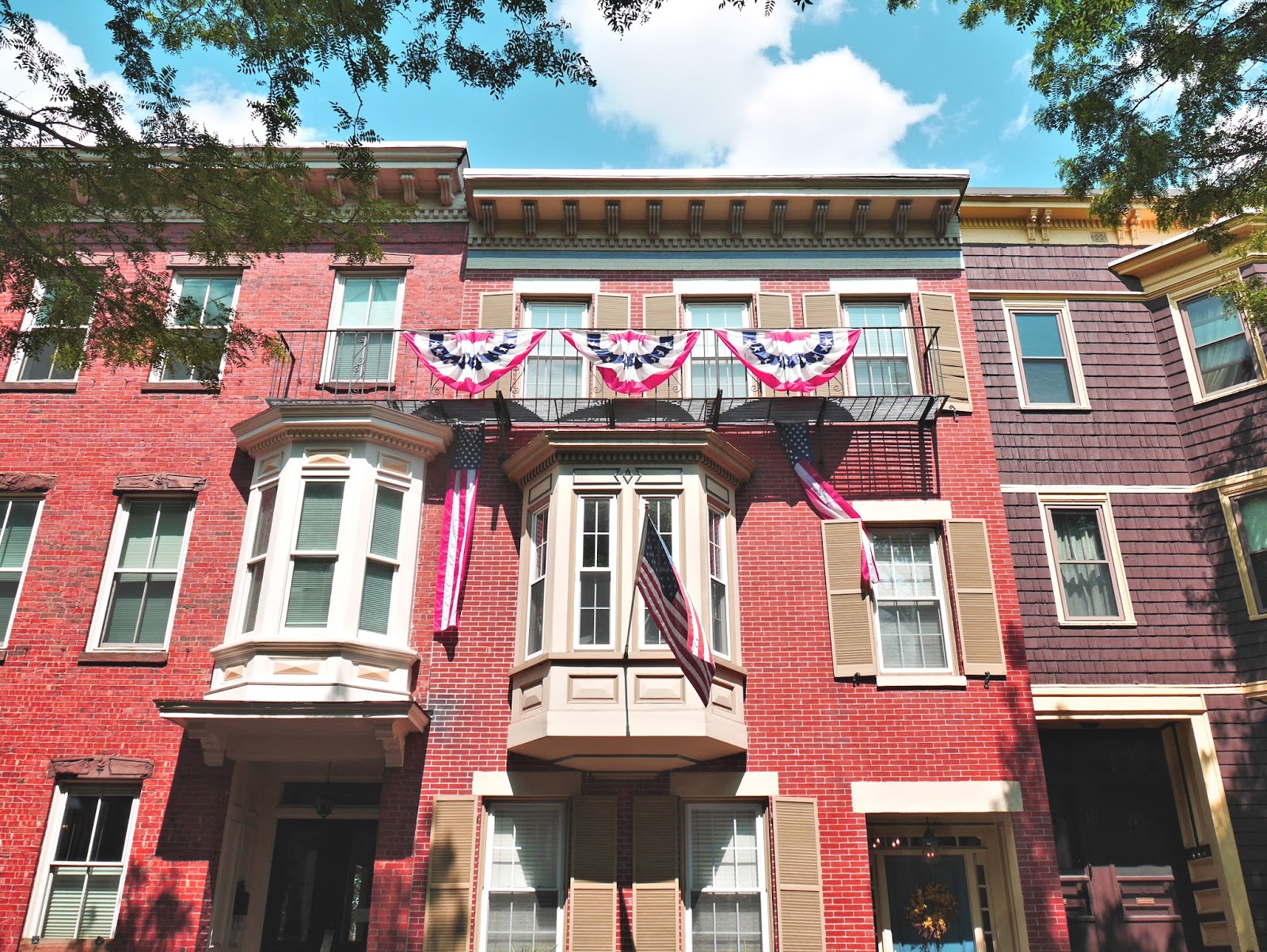 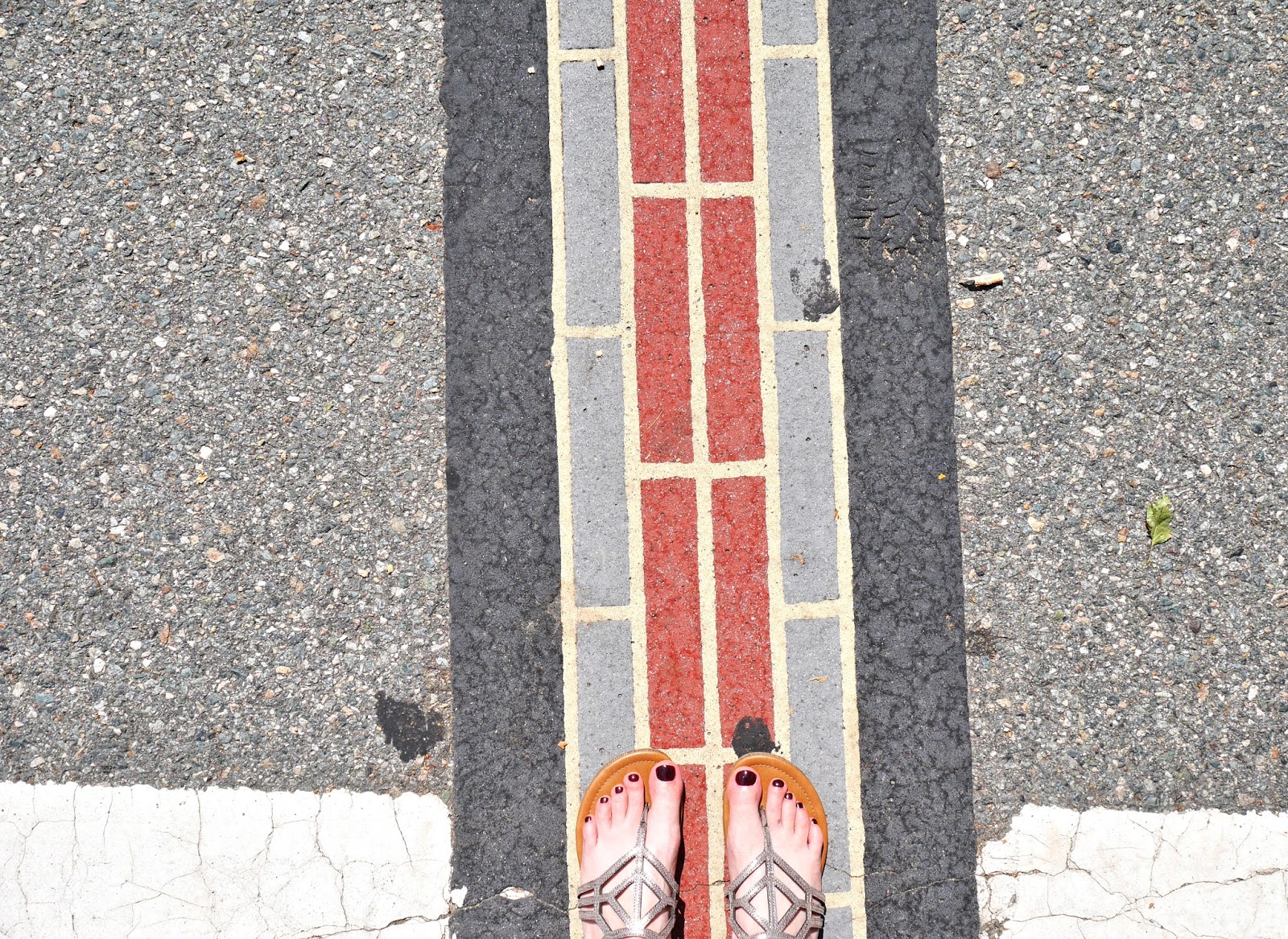 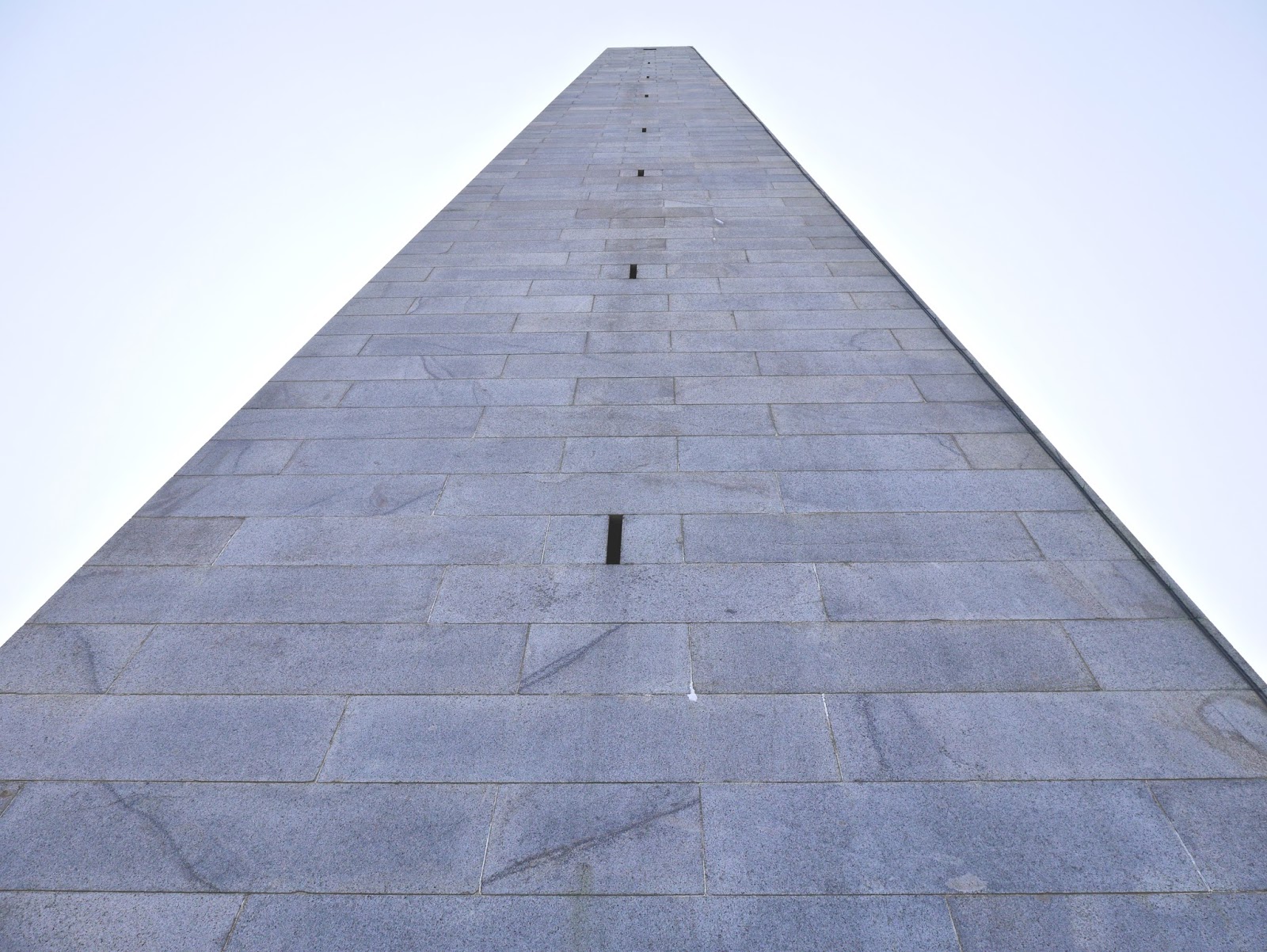 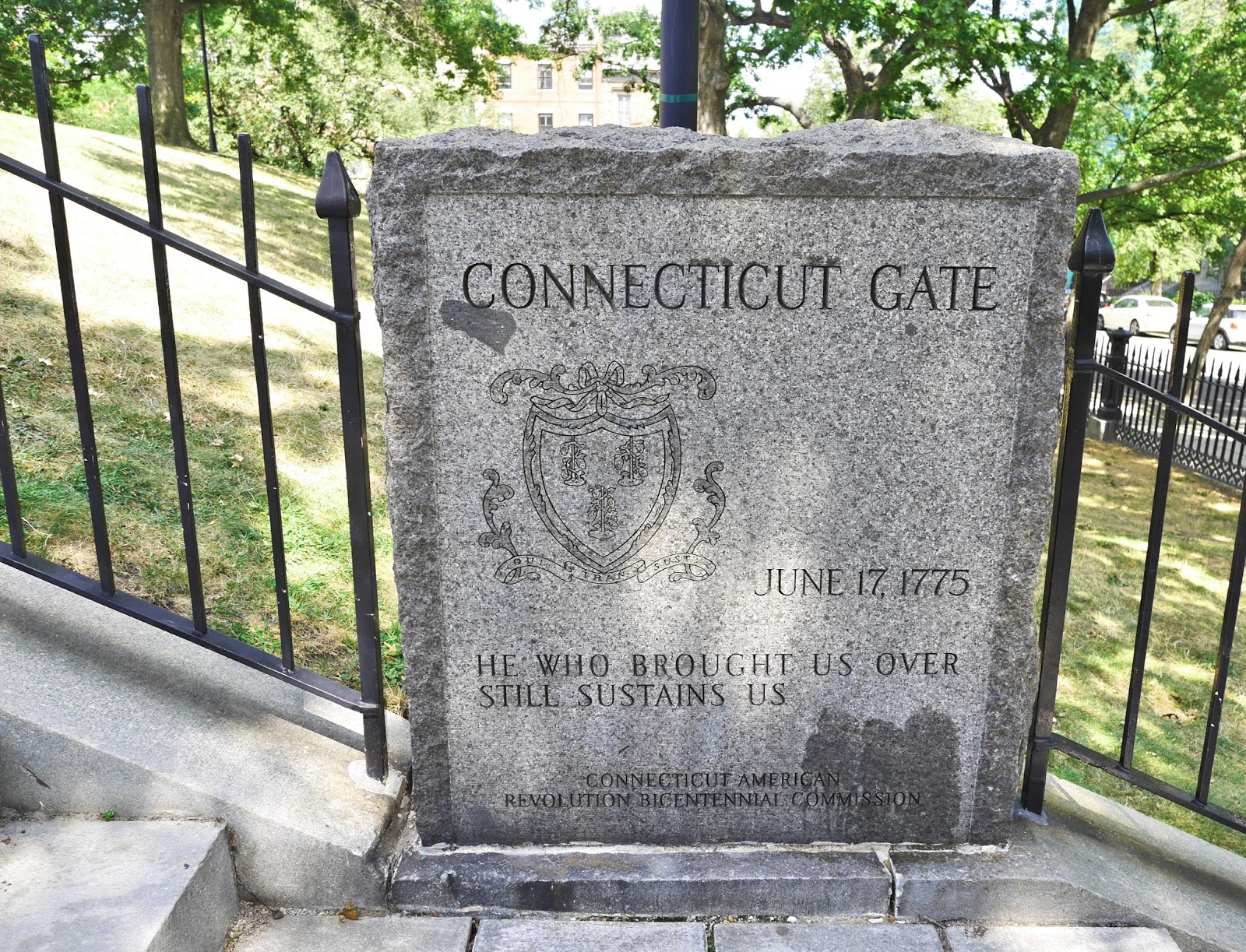 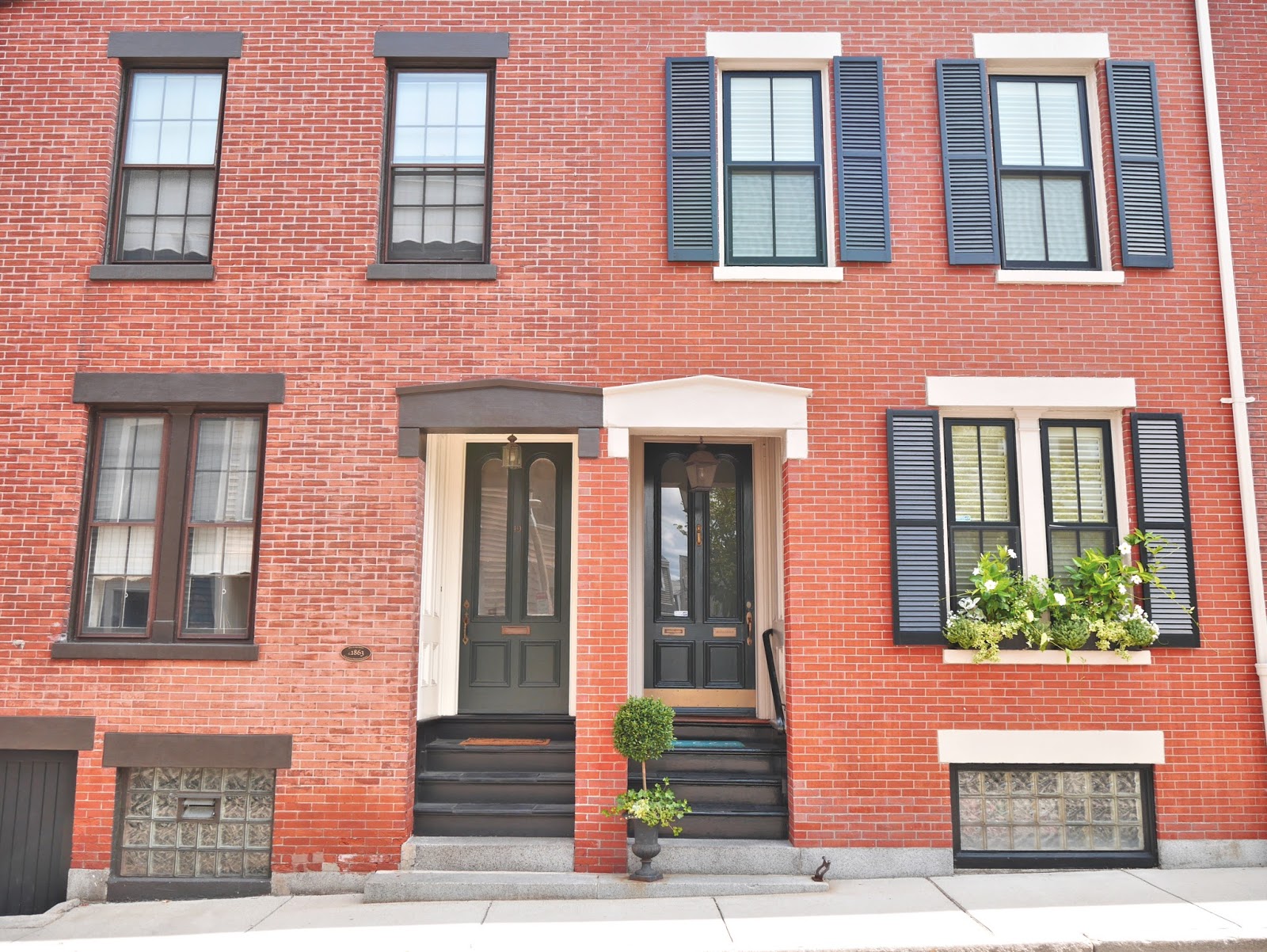 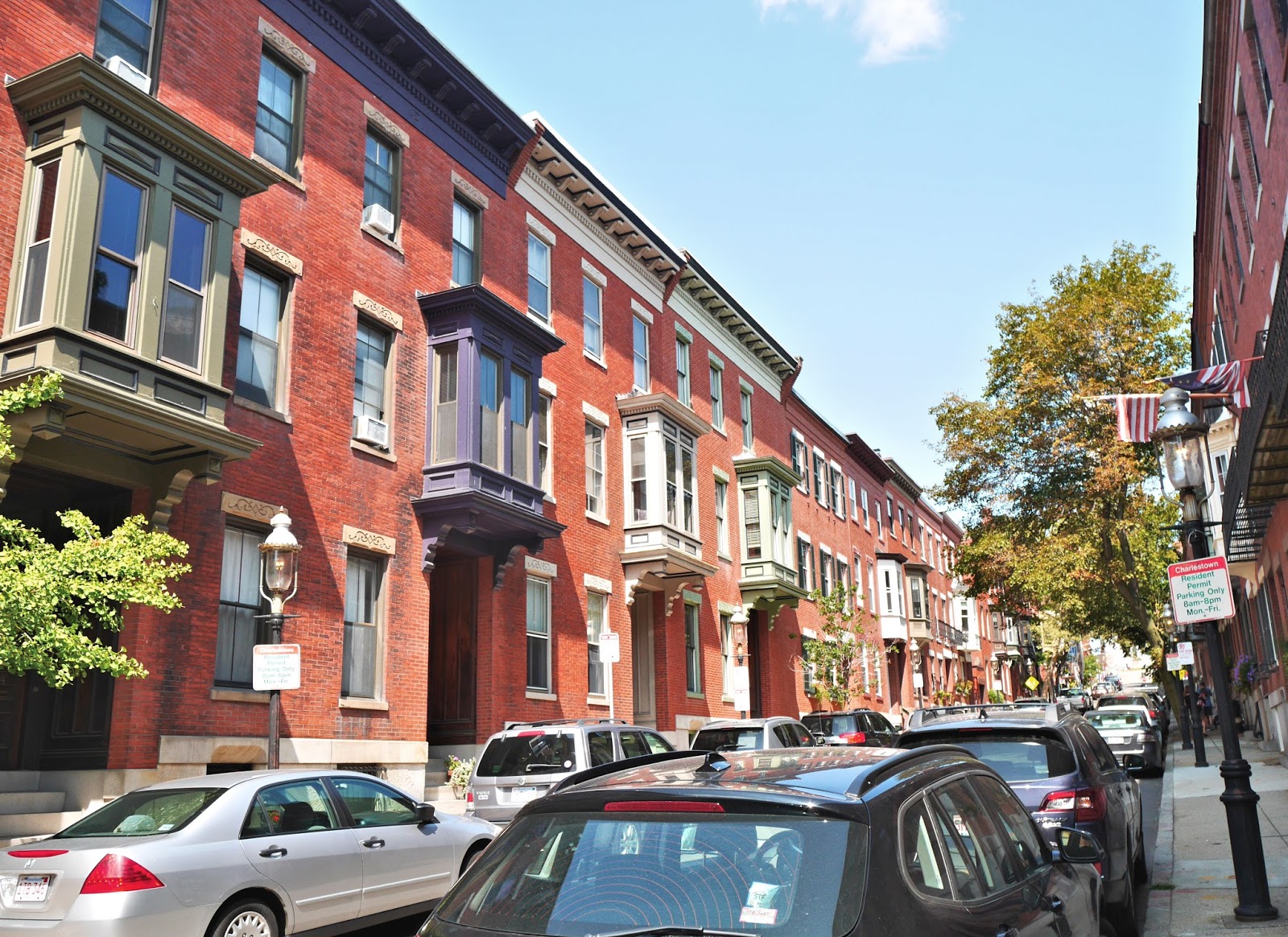 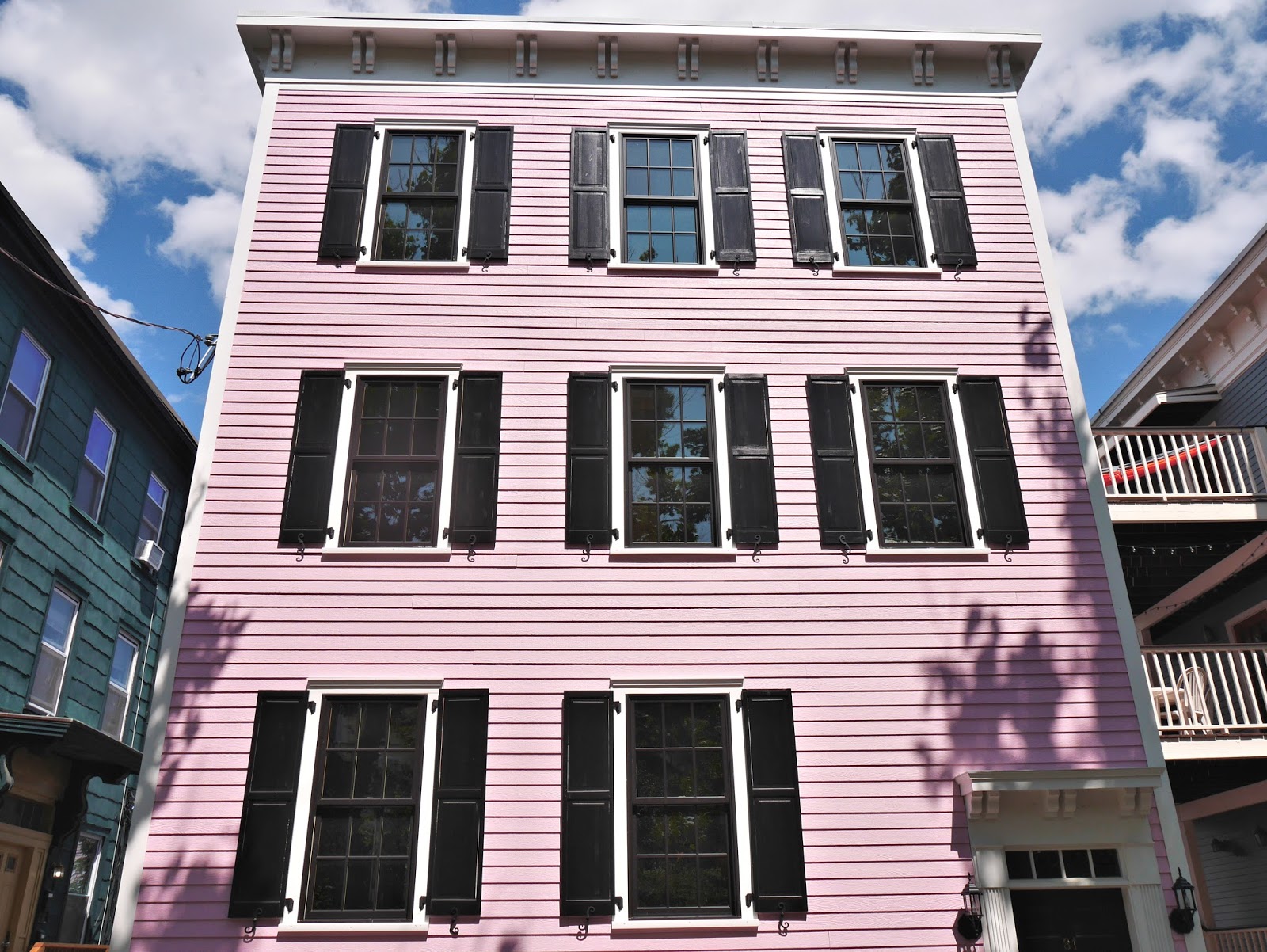 Posted by Johnna Kaplan at 1:00 PM