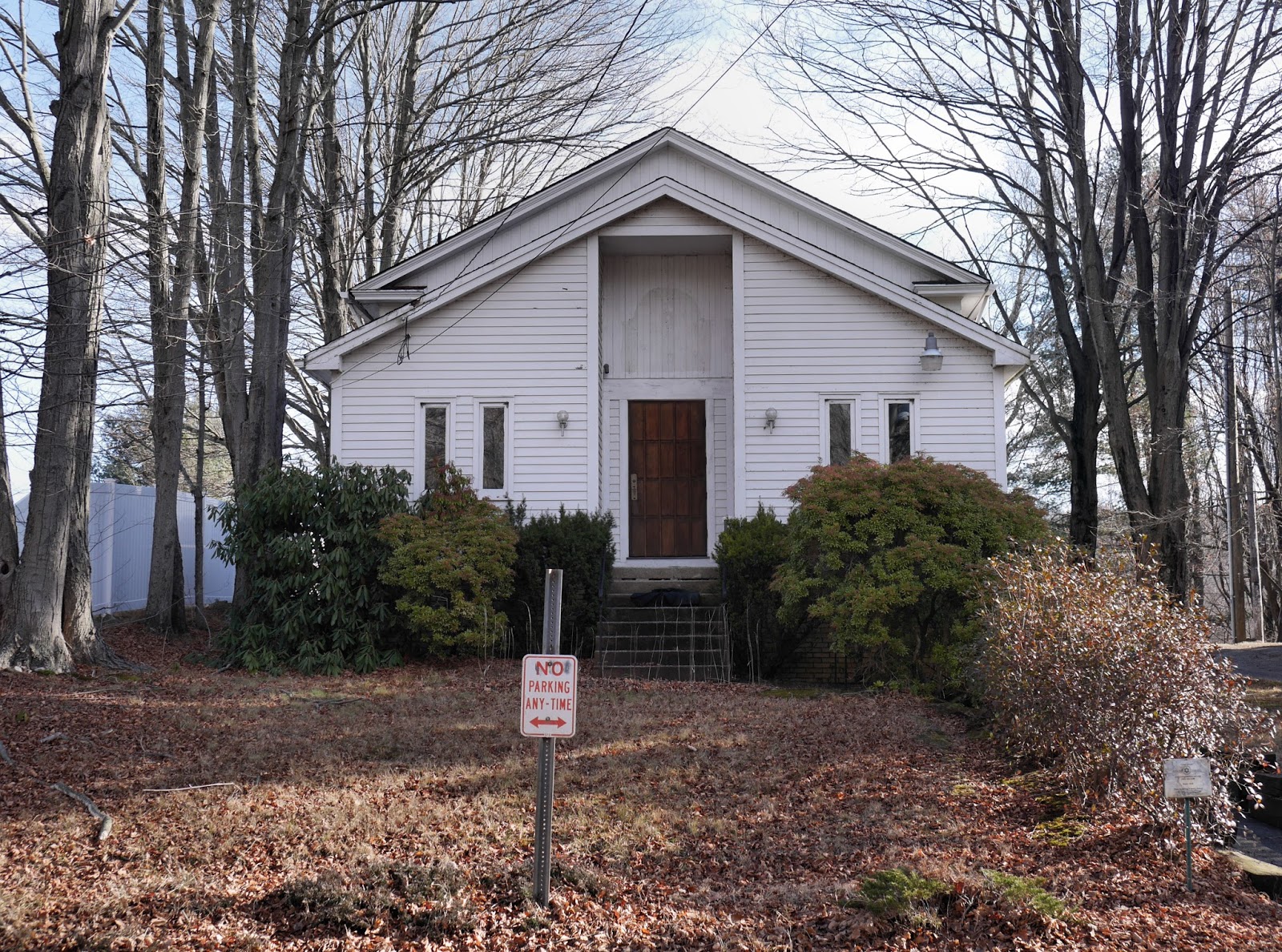 Over the years, I've posted about Connecticut's small rural synagogues. (Hebron; Lisbon; Ellington; Columbia.) In many cases, these modest buildings are the only visible legacy of the Jewish farming communities that thrived here from the late 1800s through the mid-20th century. Until now, the shuls I've written about were all located in the eastern half of the state.

Adath Israel Synagogue on Huntington Road in Newtown, above, is the only known example of a rural synagogue in western Connecticut. It was built in 1919 on a farm owned by Israel Nezvesky. An article on Connecticut's rural synagogues in Connecticut Explored (also published in the book A Life of the Land: Connecticut's Jewish Farmers), states that so many Jewish farmers once lived in this neighborhood that the area was known as "Little Palestine."

This little shul was used by the local Jewish community until 2007, when a new, larger synagogue was constructed nearby.
Posted by Johnna Kaplan at 8:00 AM