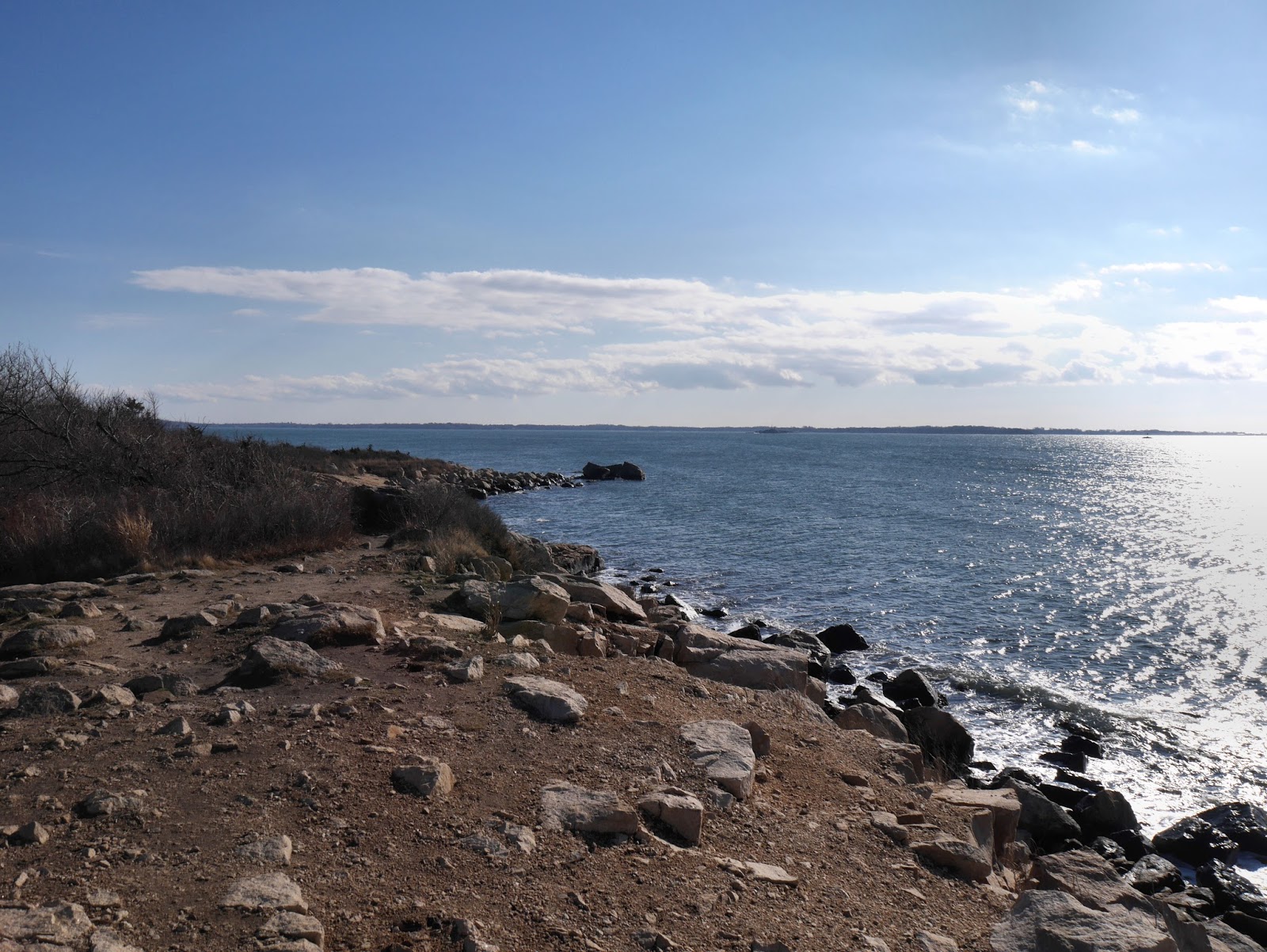 On January 1, 2016, a day that feels like last week and also a lifetime ago, I went on a First Day Hike in Massachusetts. This year, Connecticut had some scheduled First Day Hikes that sounded tempting, but I chose to take the concept of the New Year's Day walk and leave the group tour aspect, and instead go on my own hike at a local spot I hadn't been to in years: Bluff Point State Park and Coastal Reserve in Groton.

Somehow, Bluff Point has escaped this blog until now. But it's a hike (ok, fine, more like a walk) that I'm very fond of. This roughly 3.6-mile loop through what DEEP calls "the last remaining significant piece of undeveloped land along the Connecticut coastline" is a chance to surround yourself with what I think of as three distinct environments. The first is classic Connecticut shoreline, with salt marshes and shell-strewn sand and water that changes colors like a mood ring. The second is an almost desert-like world where trees twist into stunted shapes and leaves stay brown underfoot even when winter has turned other landscapes grey. And the third is an old New England forest, where the rectangular foundation of the farmhouse John Winthrop Jr. (yes, that John Winthrop Jr.) built in 1648 still lurks below ground level, and stone walls run for miles like the complex gates of lost cities, and large boulders stand alone in little clearings, as if the woods wanted to give them space.

At the bluff that forms this protected peninsula's southern tip, the inland forest trail and the flatter coastal road converge. Here, several small, rocky paths branch off from the main route and lead you to a spectacular view. Standing above the Sound, if you face the right direction and ignore the other humans and dogs gathered on the rocks, you can imagine for a moment that you've reached the end of the world. And I guess if the end of the world is as beautiful as Bluff Point, I feel a little bit less afraid about its arrival. 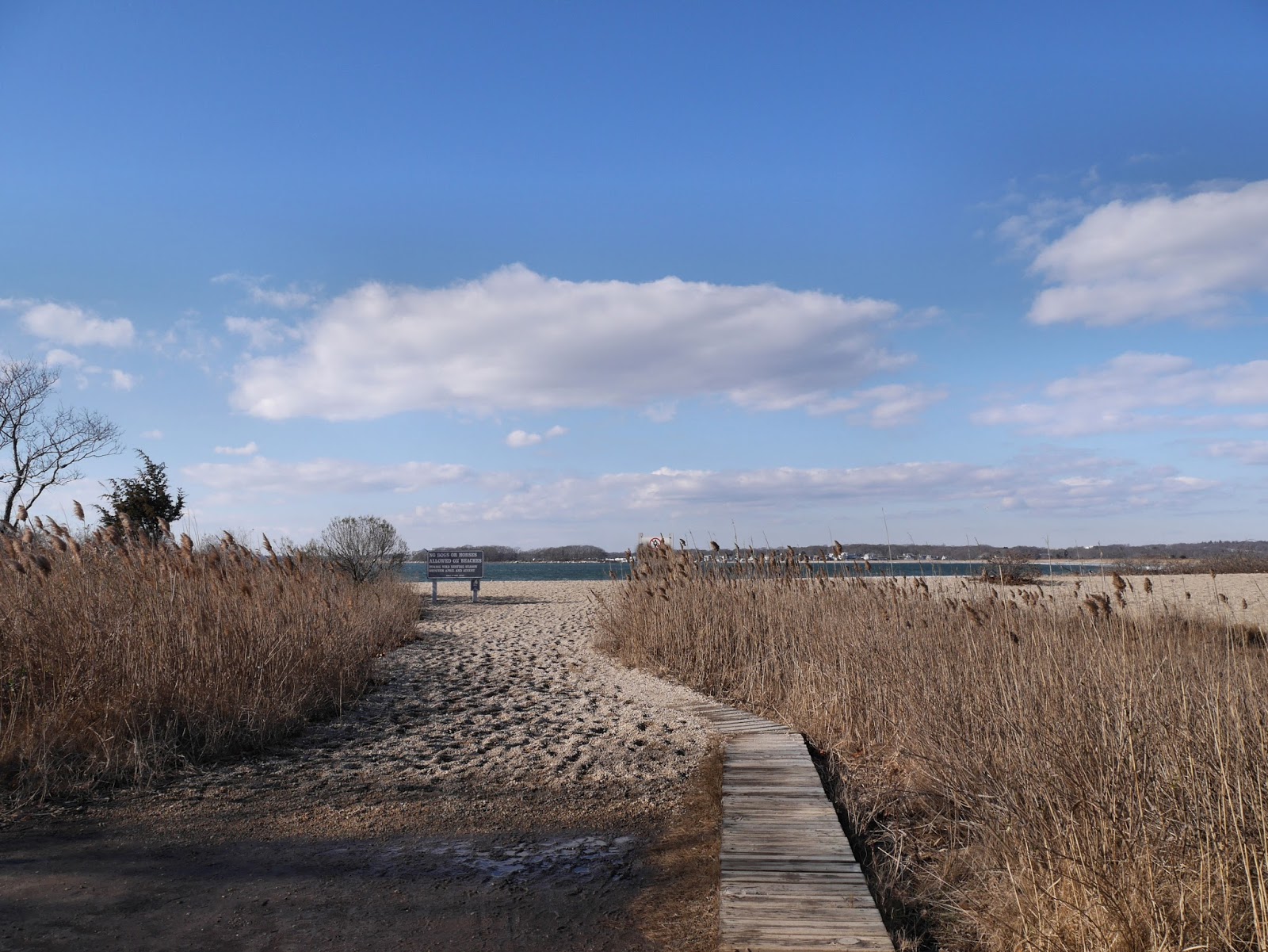 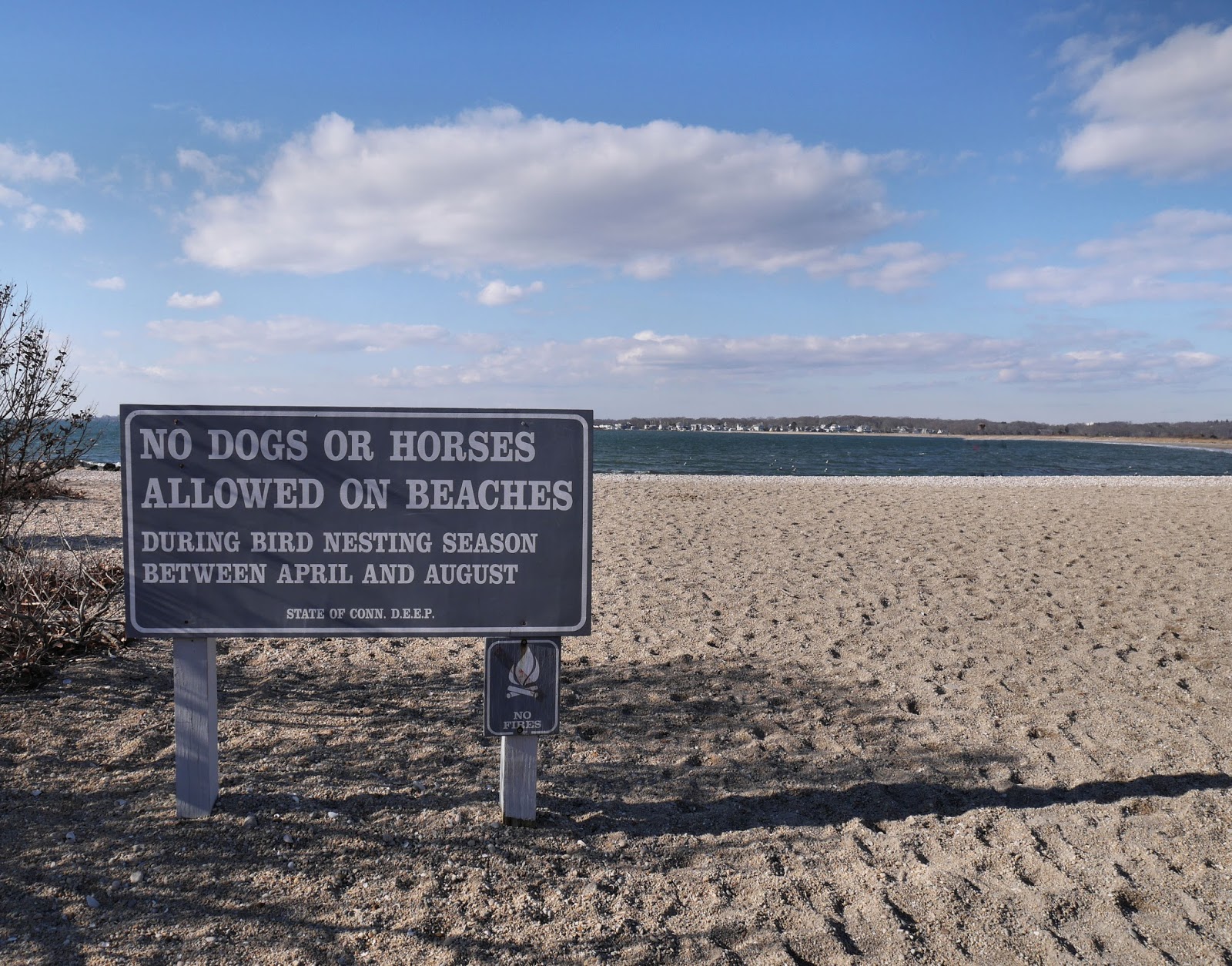 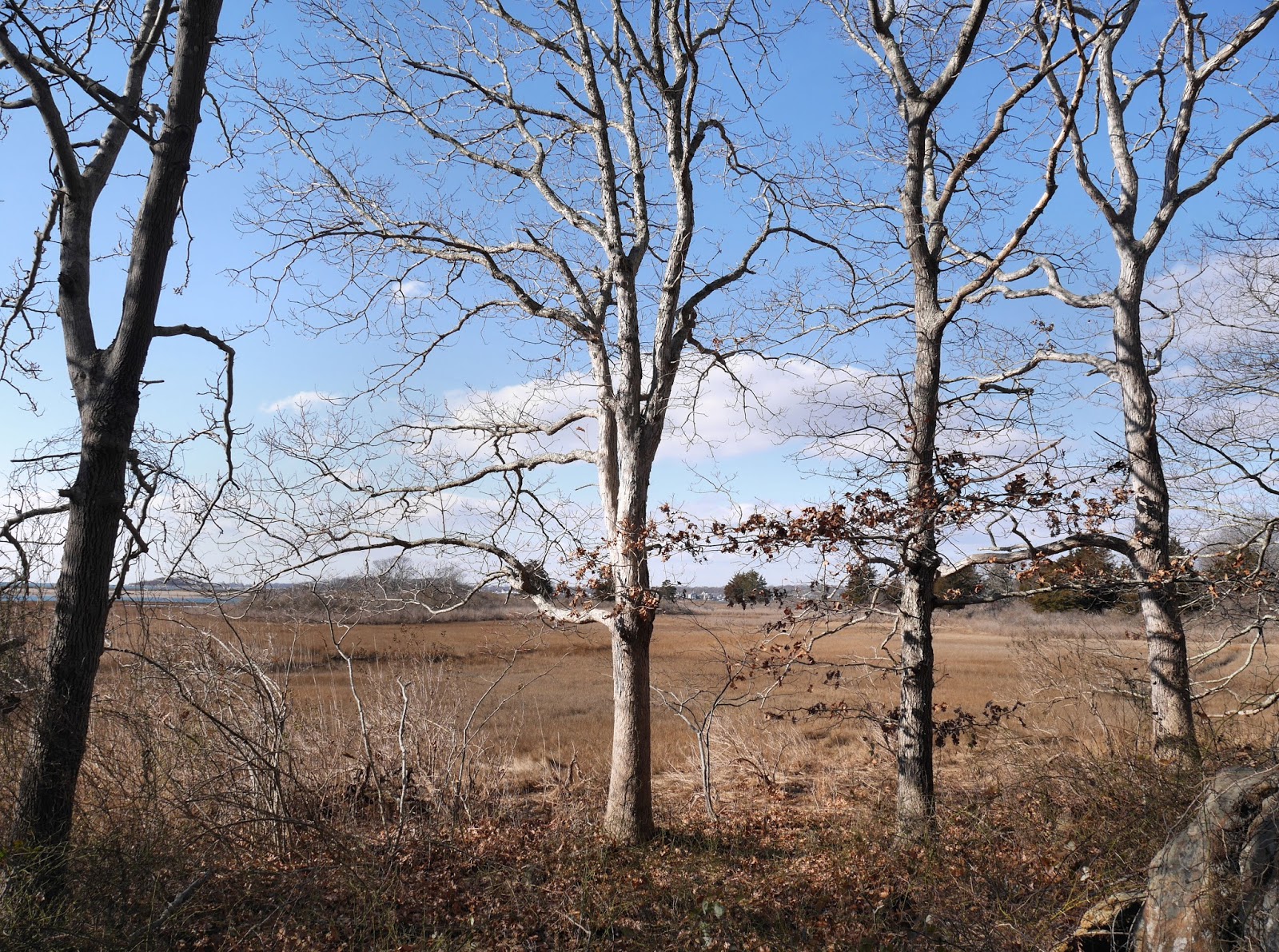 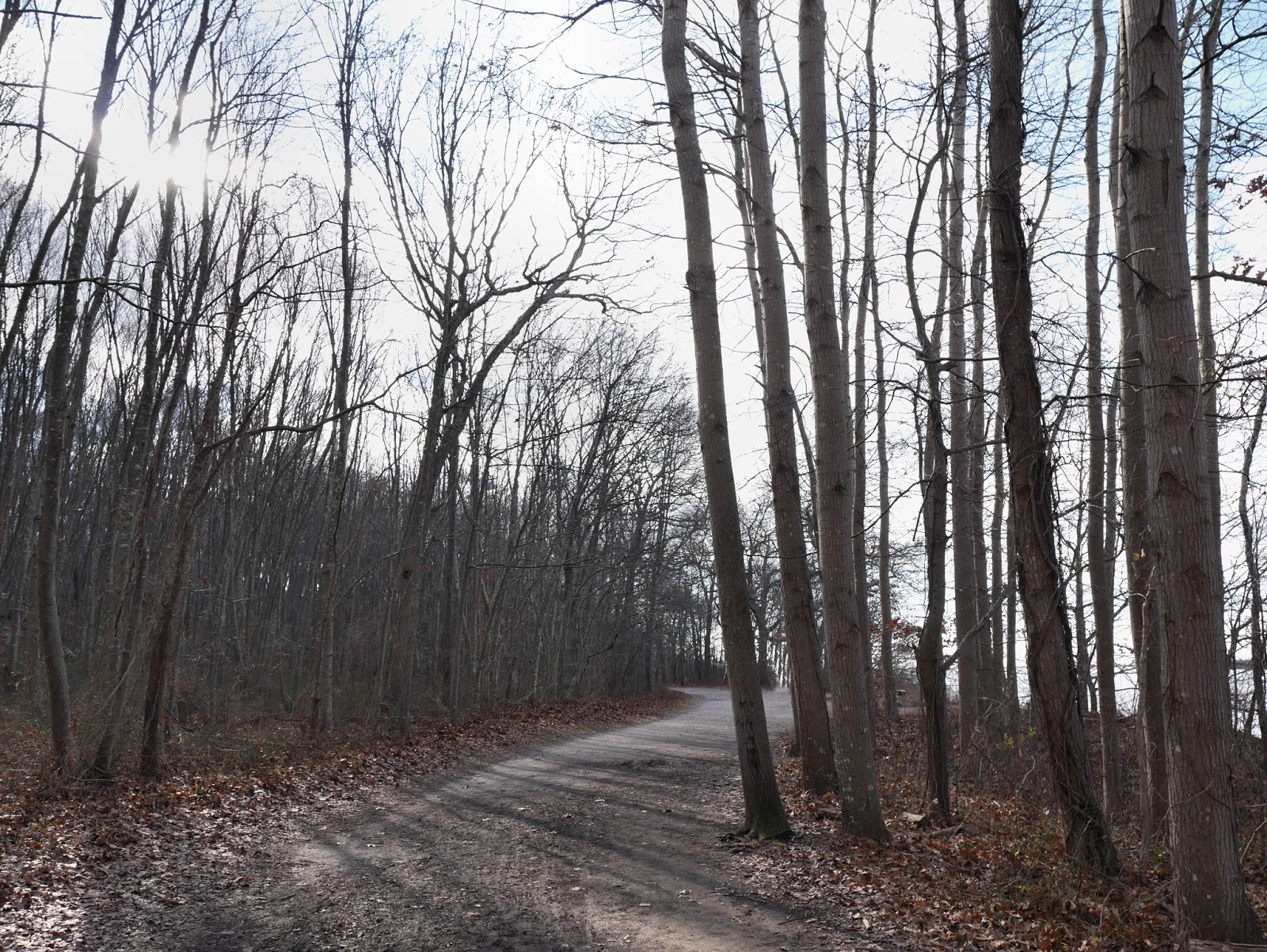 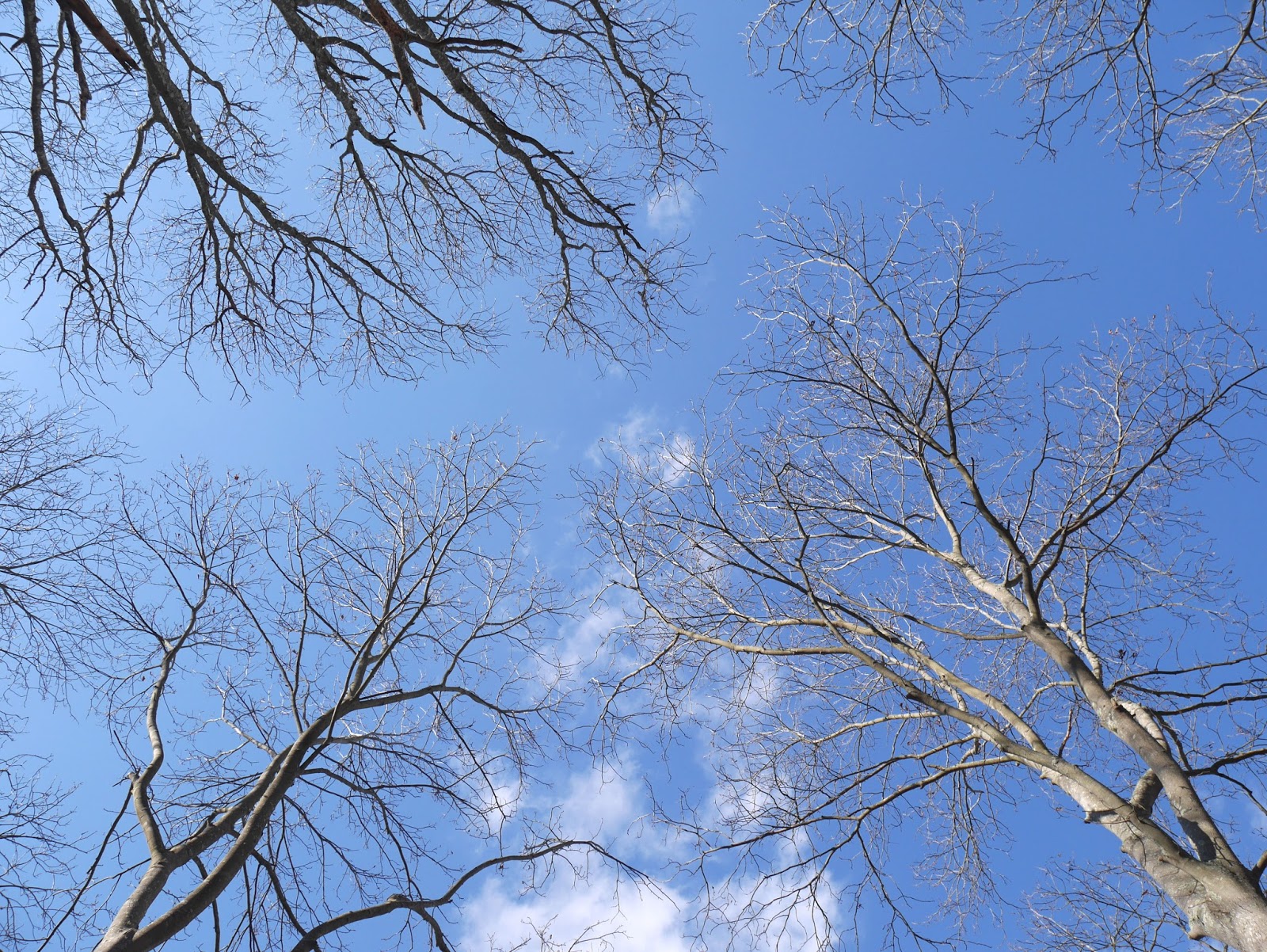 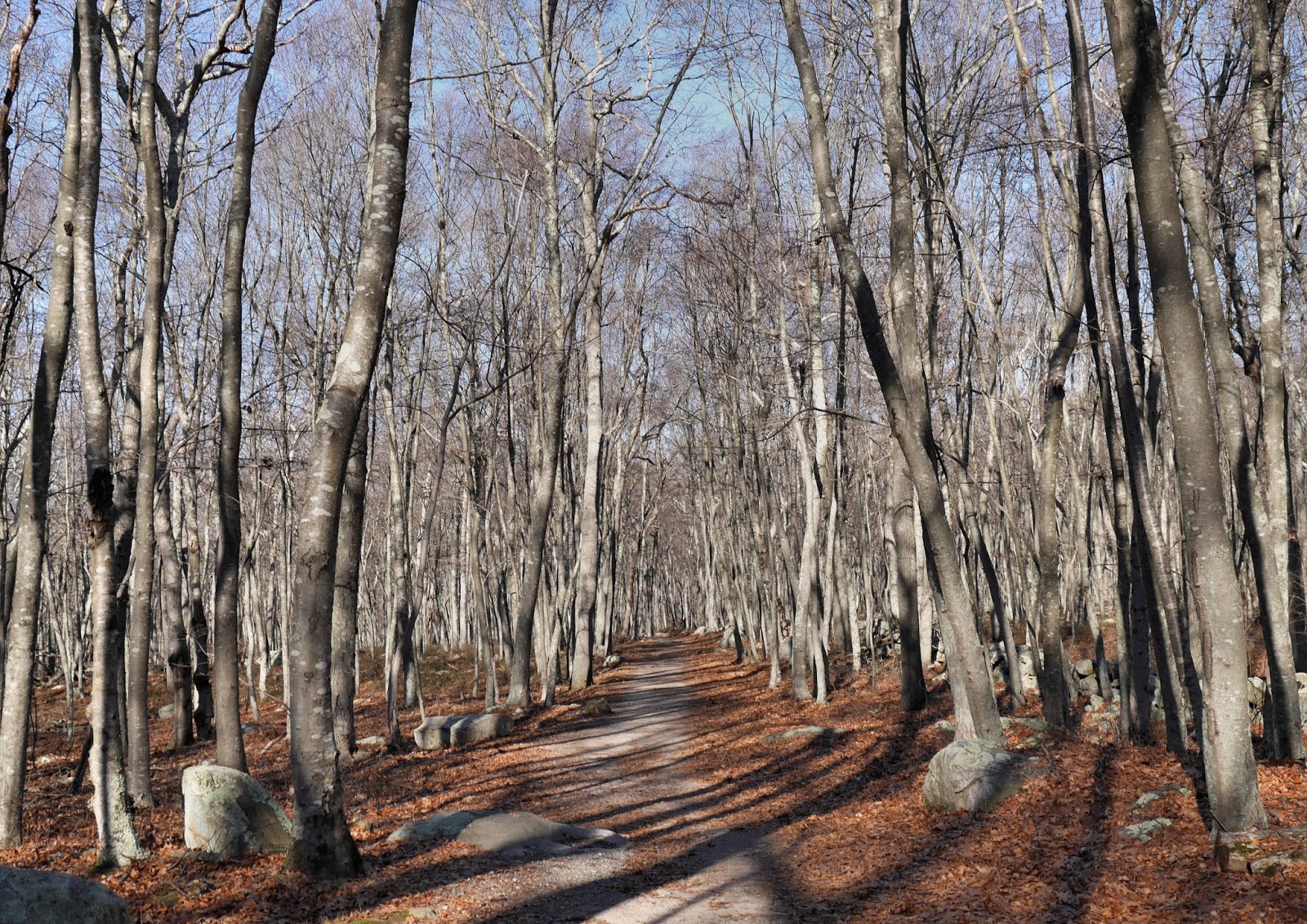 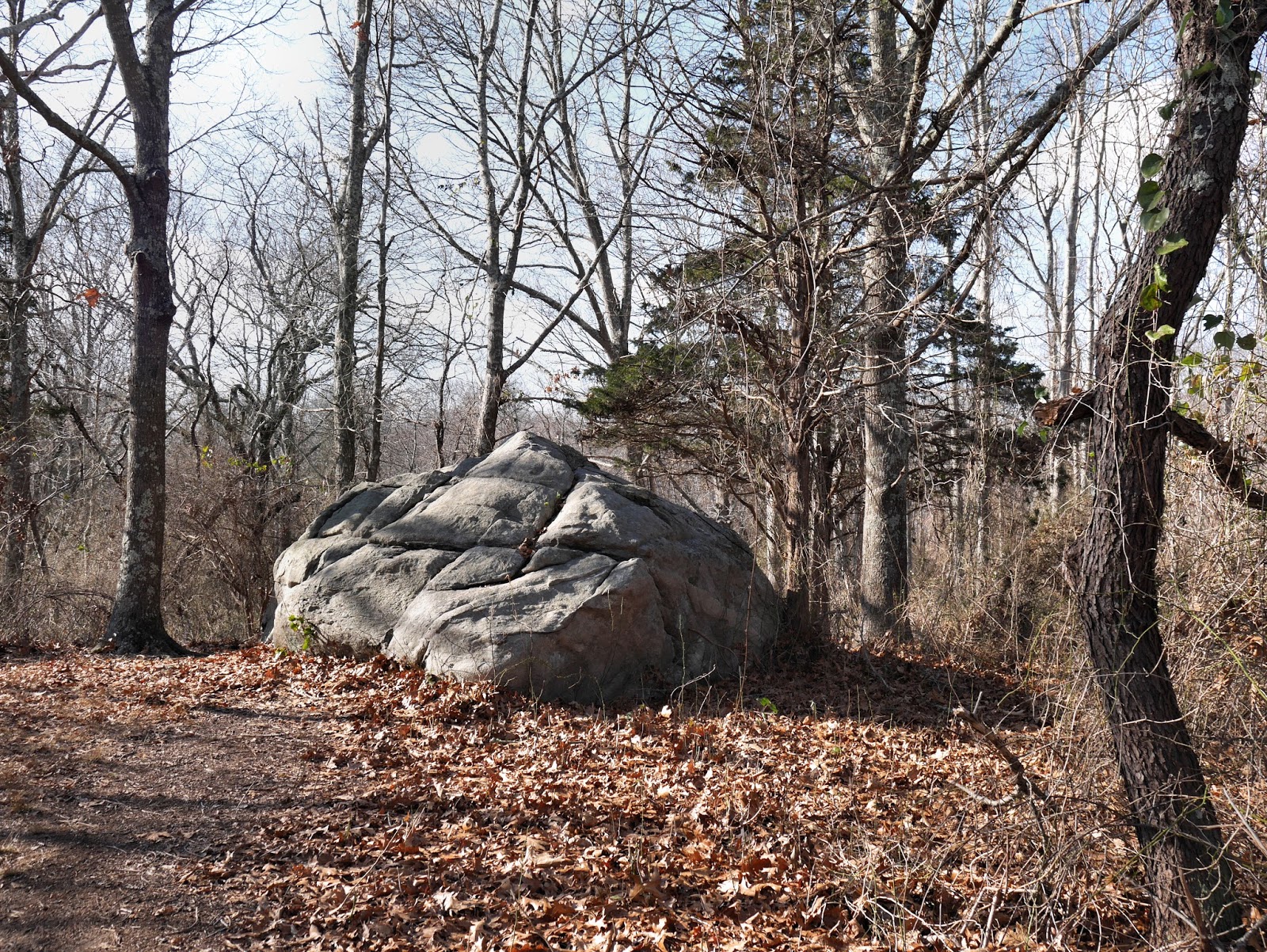 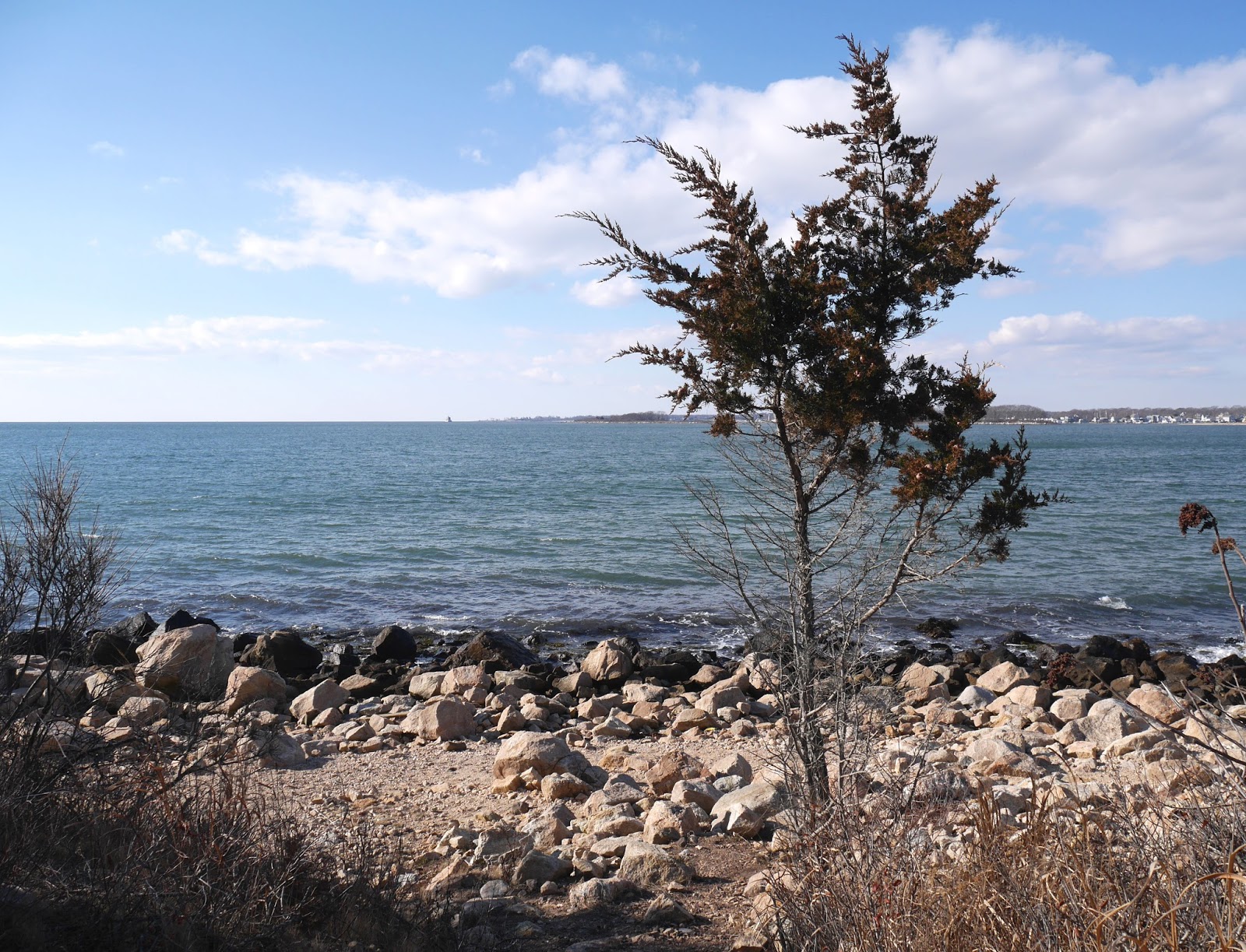 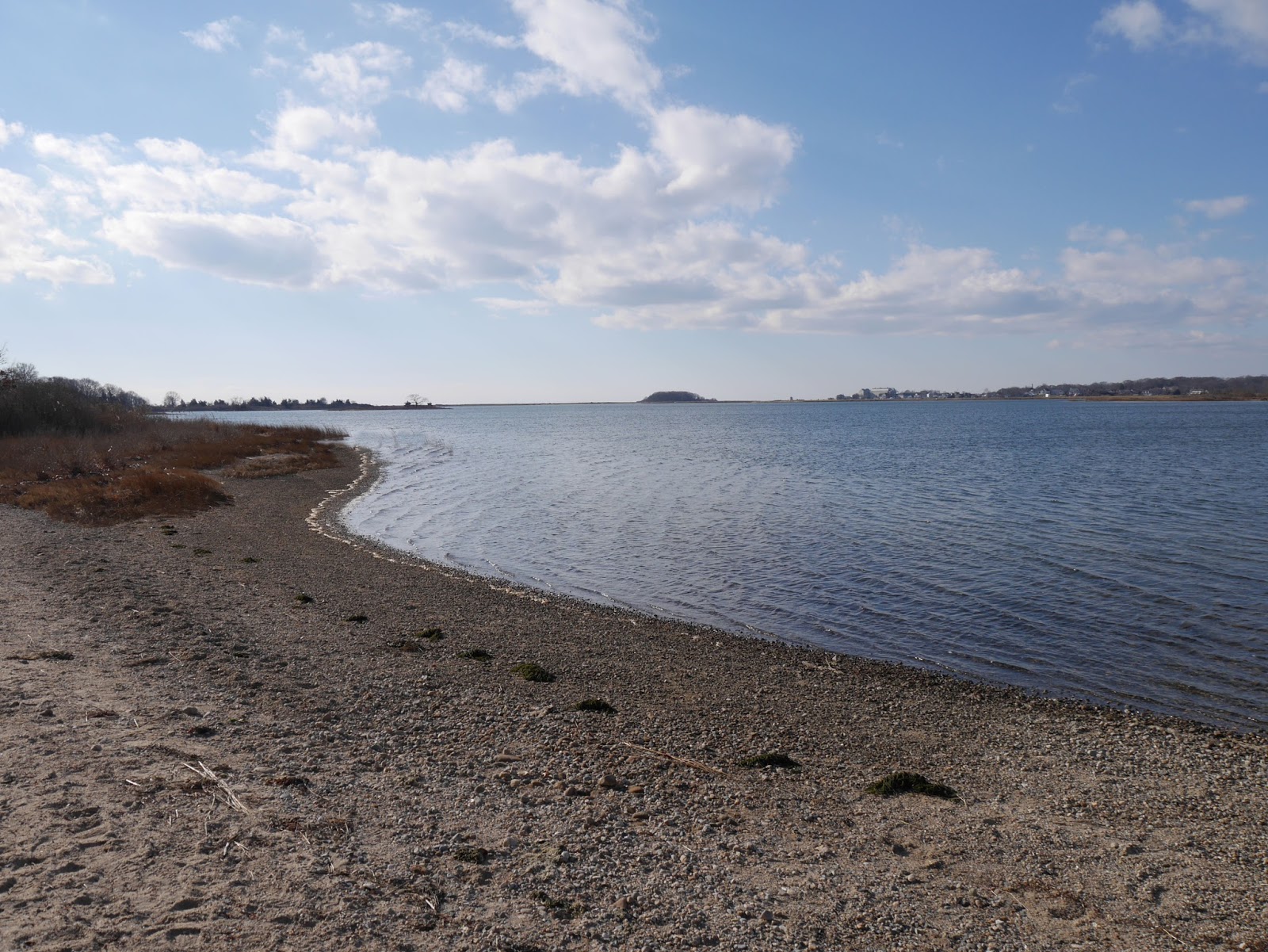 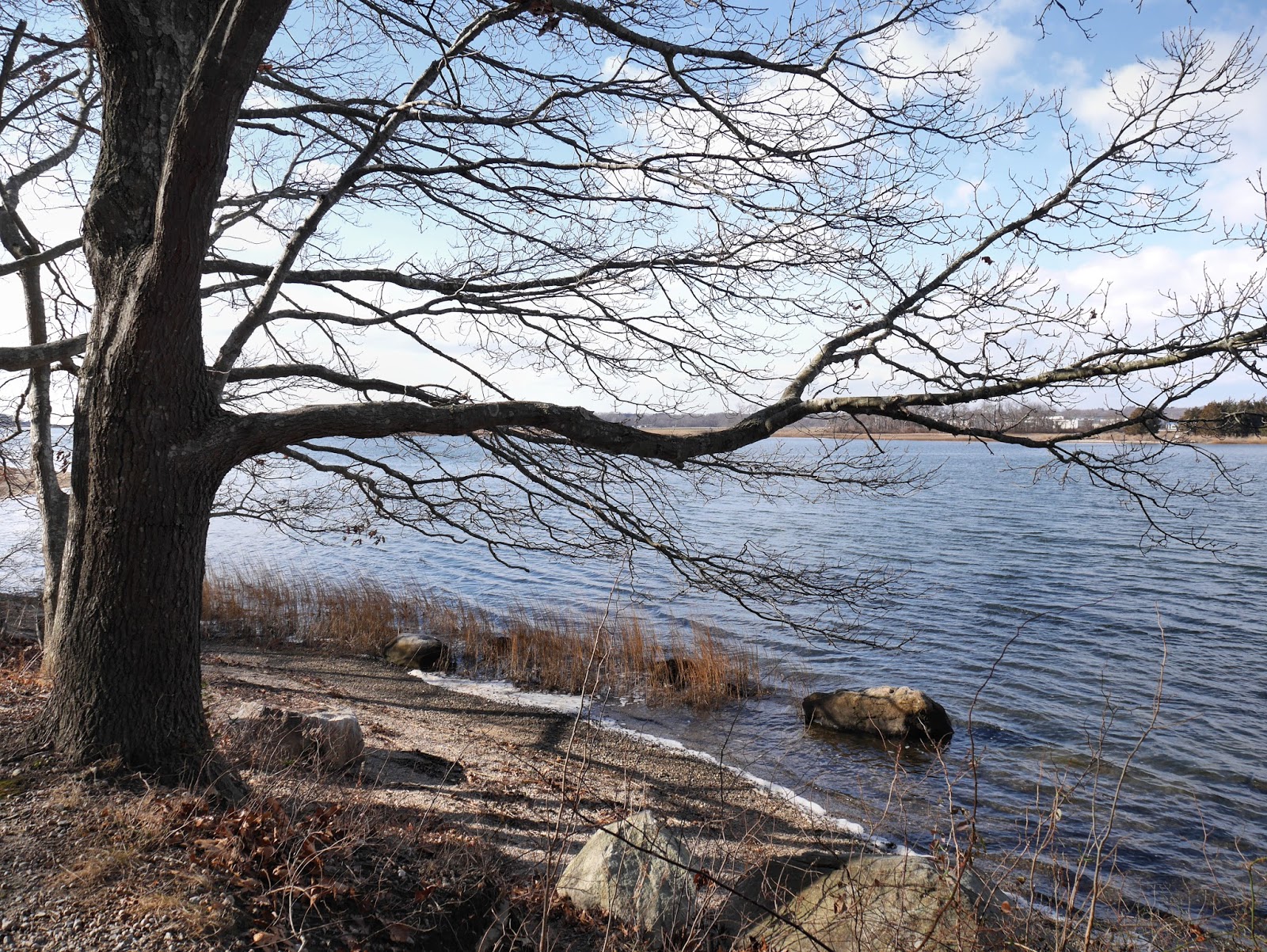 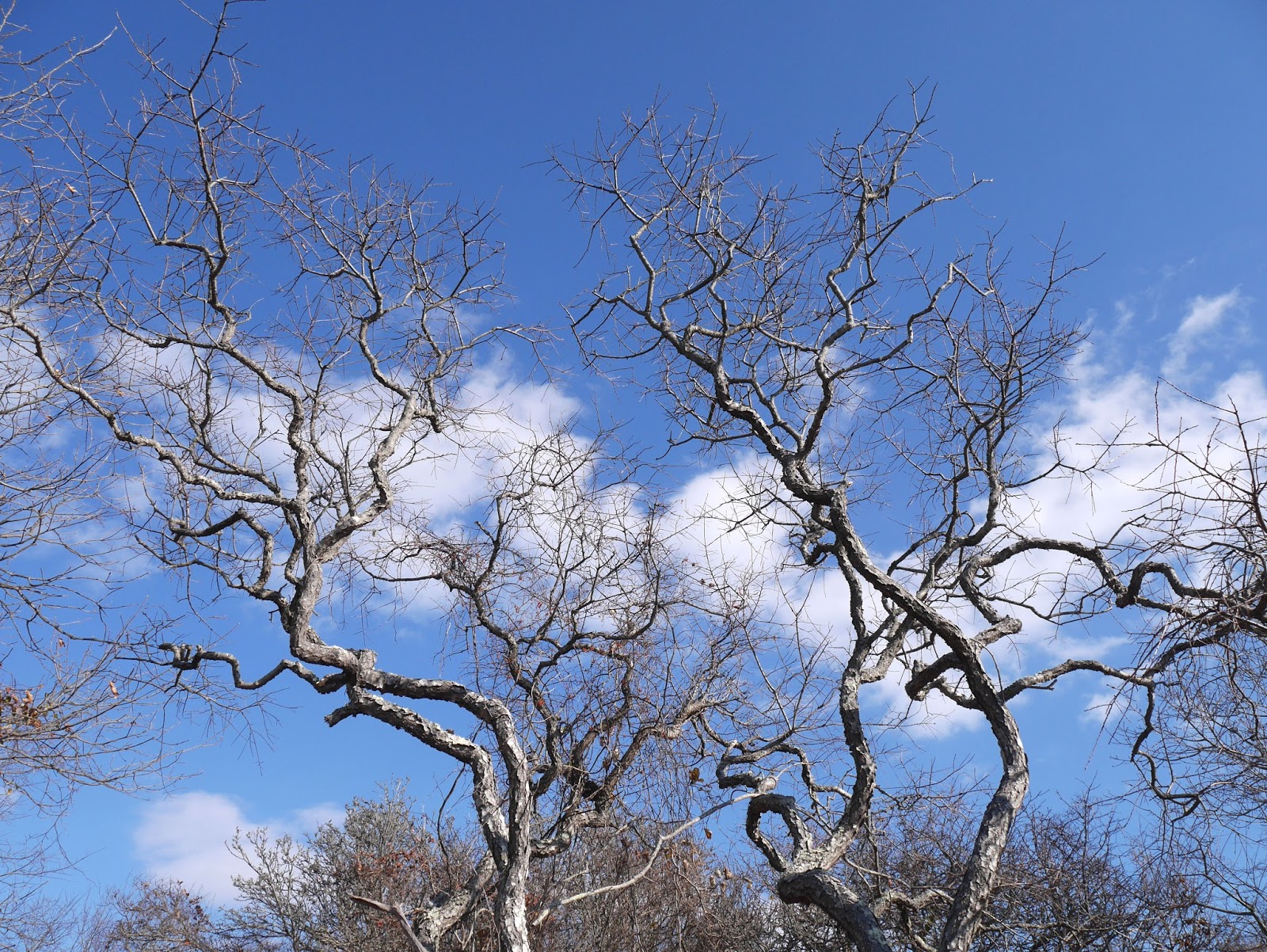 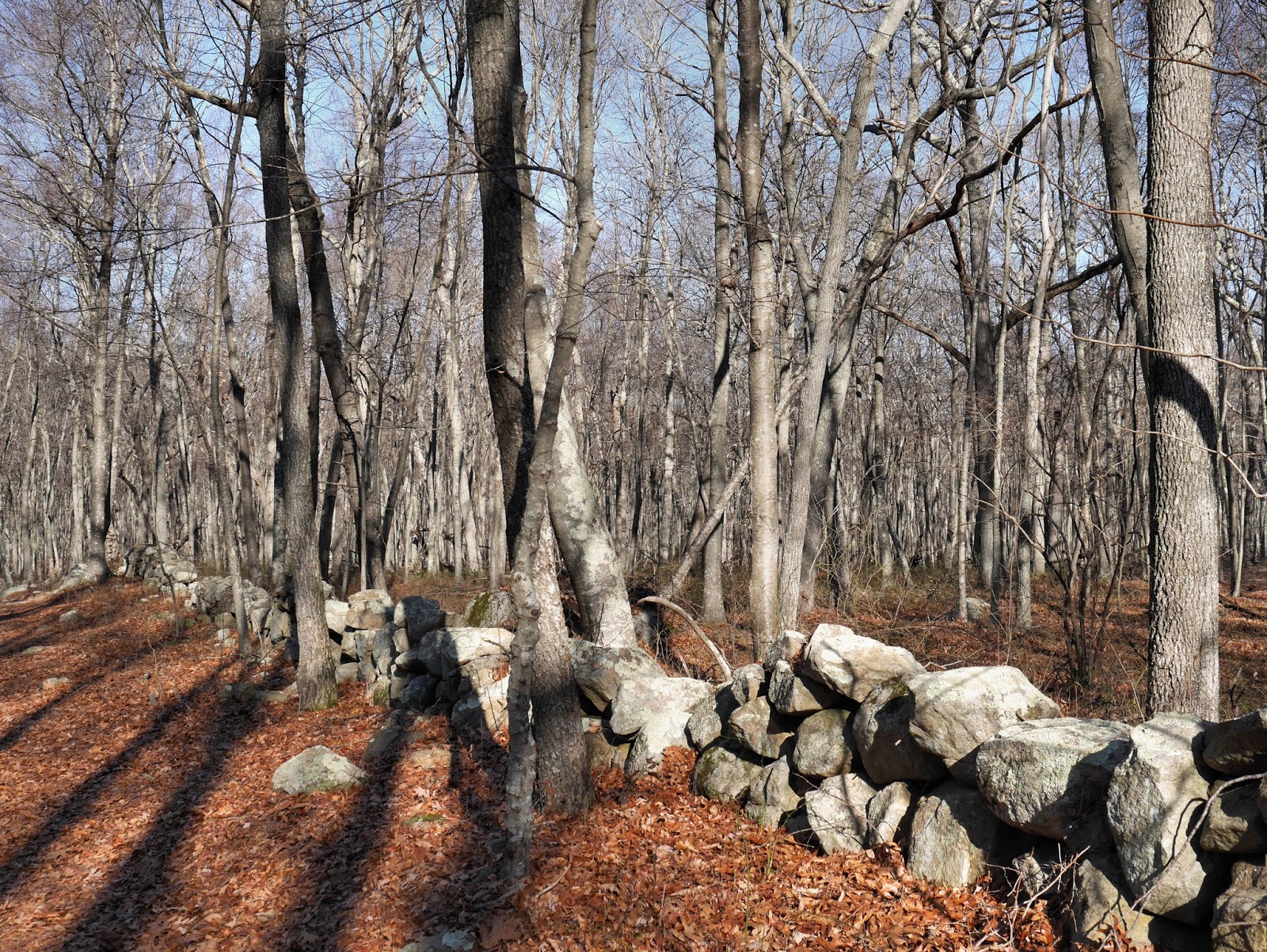 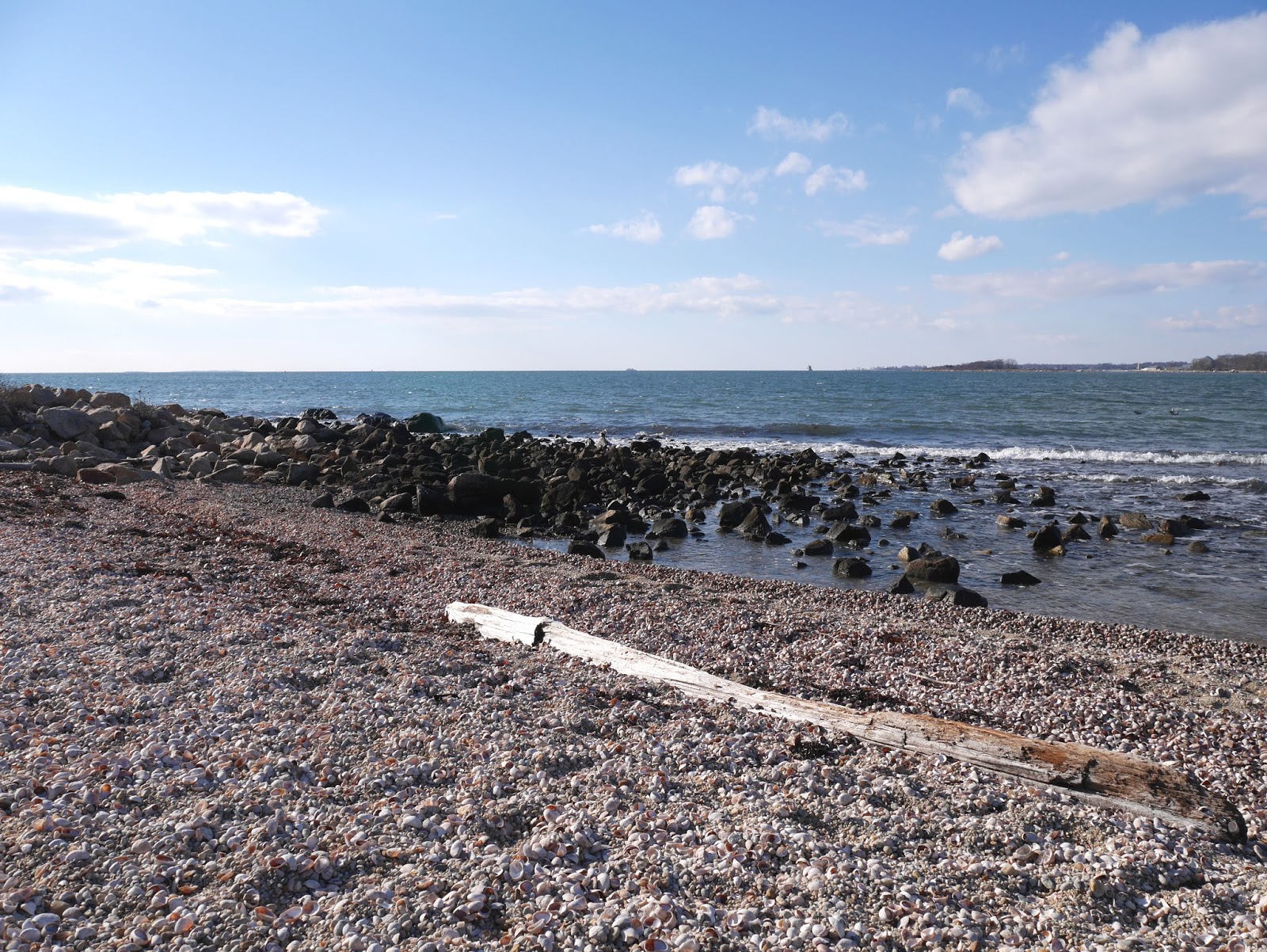 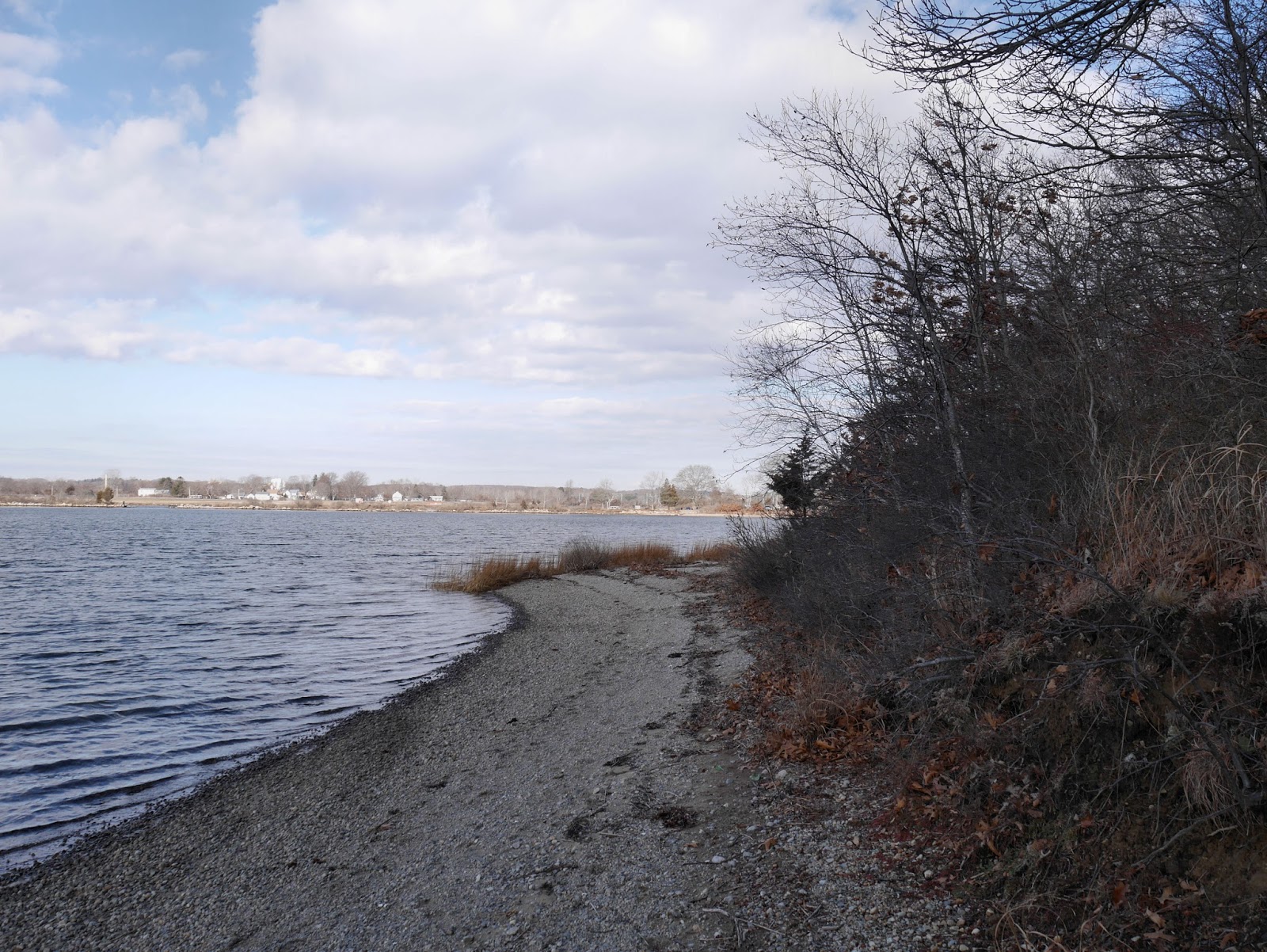