Snapshots From the Connecticut Sub Trail 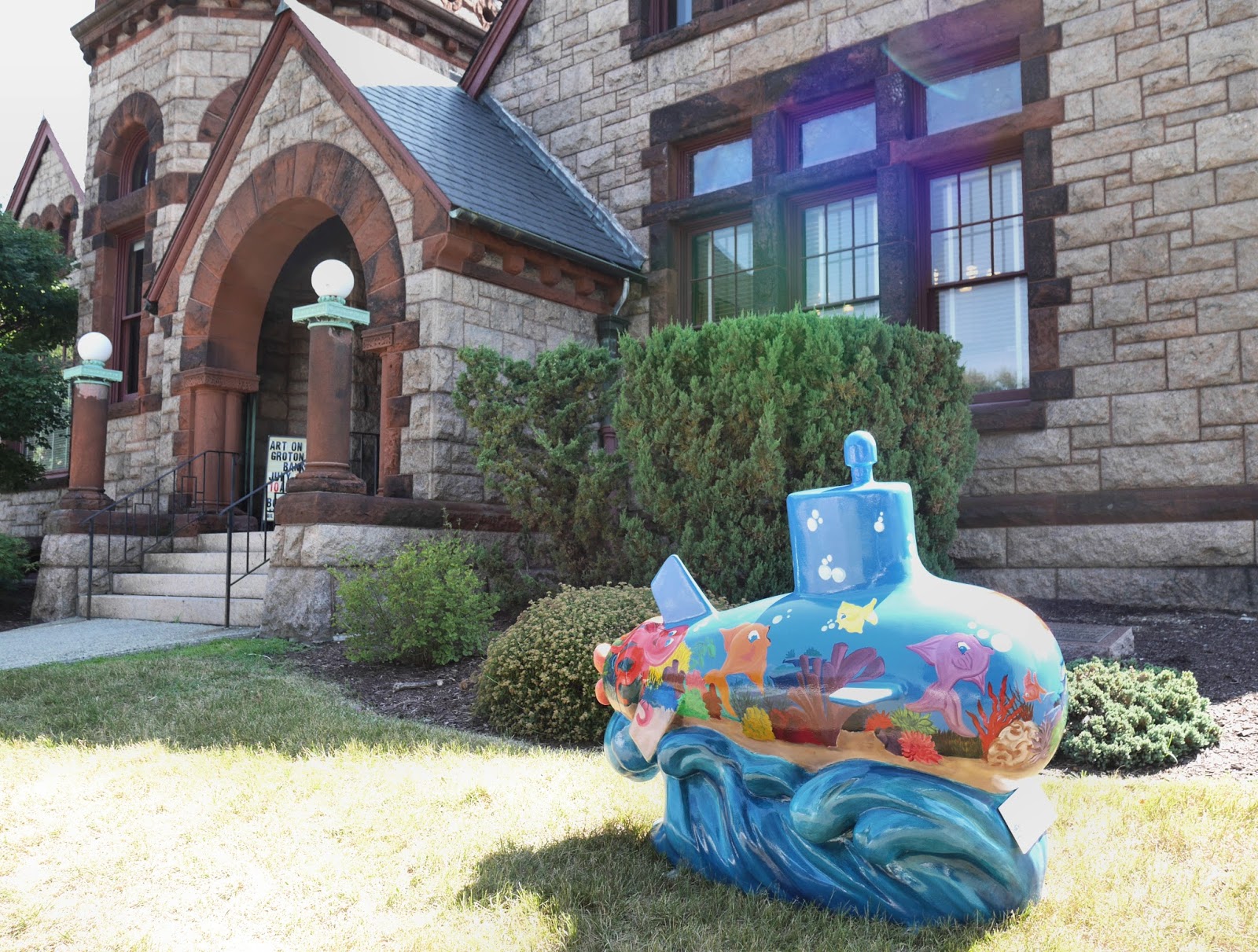 If there's any place in the world where the marriage of submarines and public art makes perfect sense, it's southeastern Connecticut. The only thing that's surprising about the CT Sub Trail is that it didn't happen earlier. But as it turns out, the timing is perfect: these 21 roly-poly little subs were created as a part of the celebration of Connecticut's Submarine Century. In the tradition of cows, guitars, apples, and hundreds of other themed objects, the fiberglass subs (designed by local artists and unveiled in Groton on the 4th of July) will be on display around the region through October.

The subs are stationed at schools, museums, and businesses. You can locate them using the CT Sub Trail mobile app. I went looking for a few of them and found a colorful and creative expression of appreciation for Connecticut's history, shoreline, and military and maritime heritage. 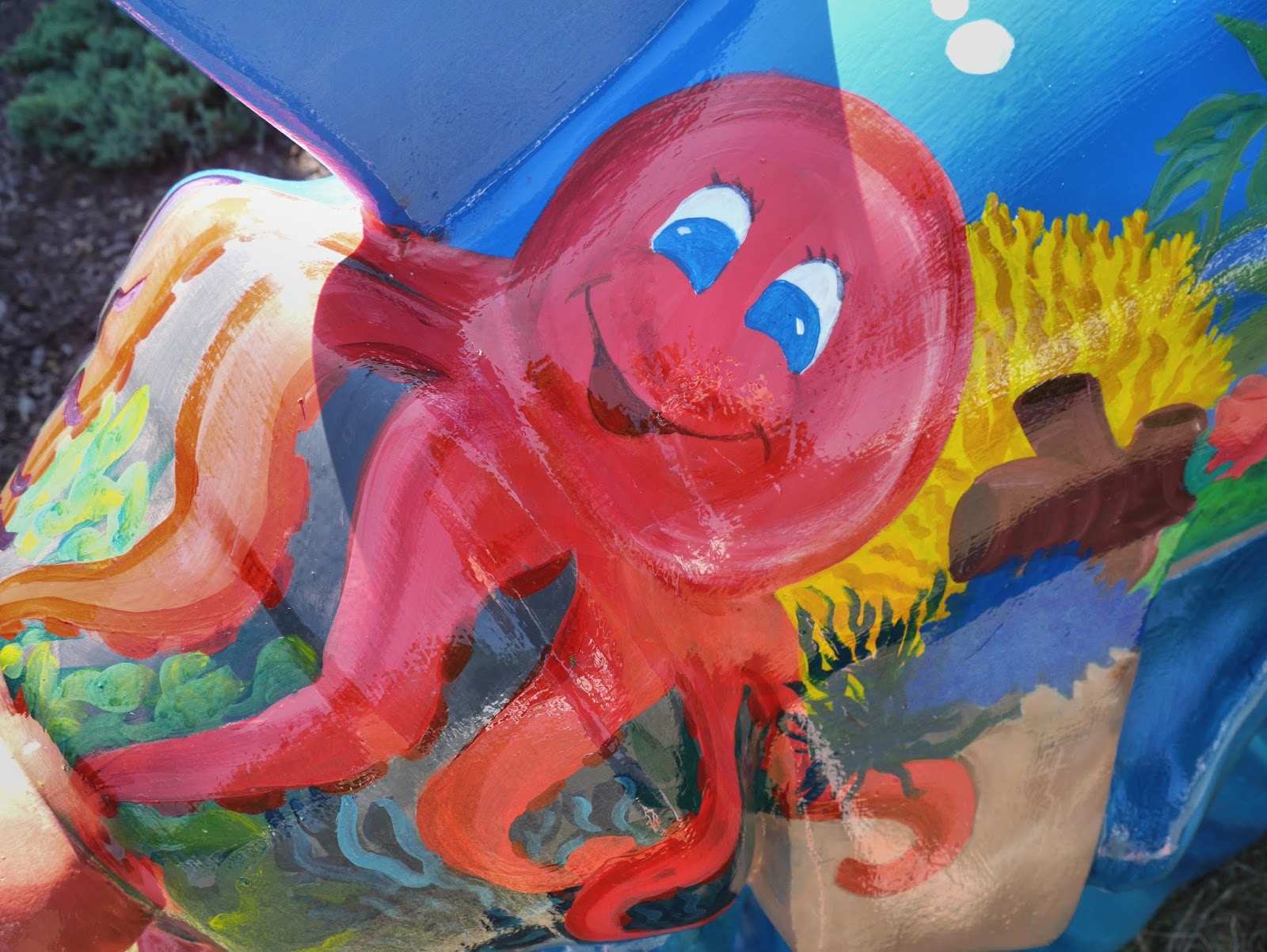 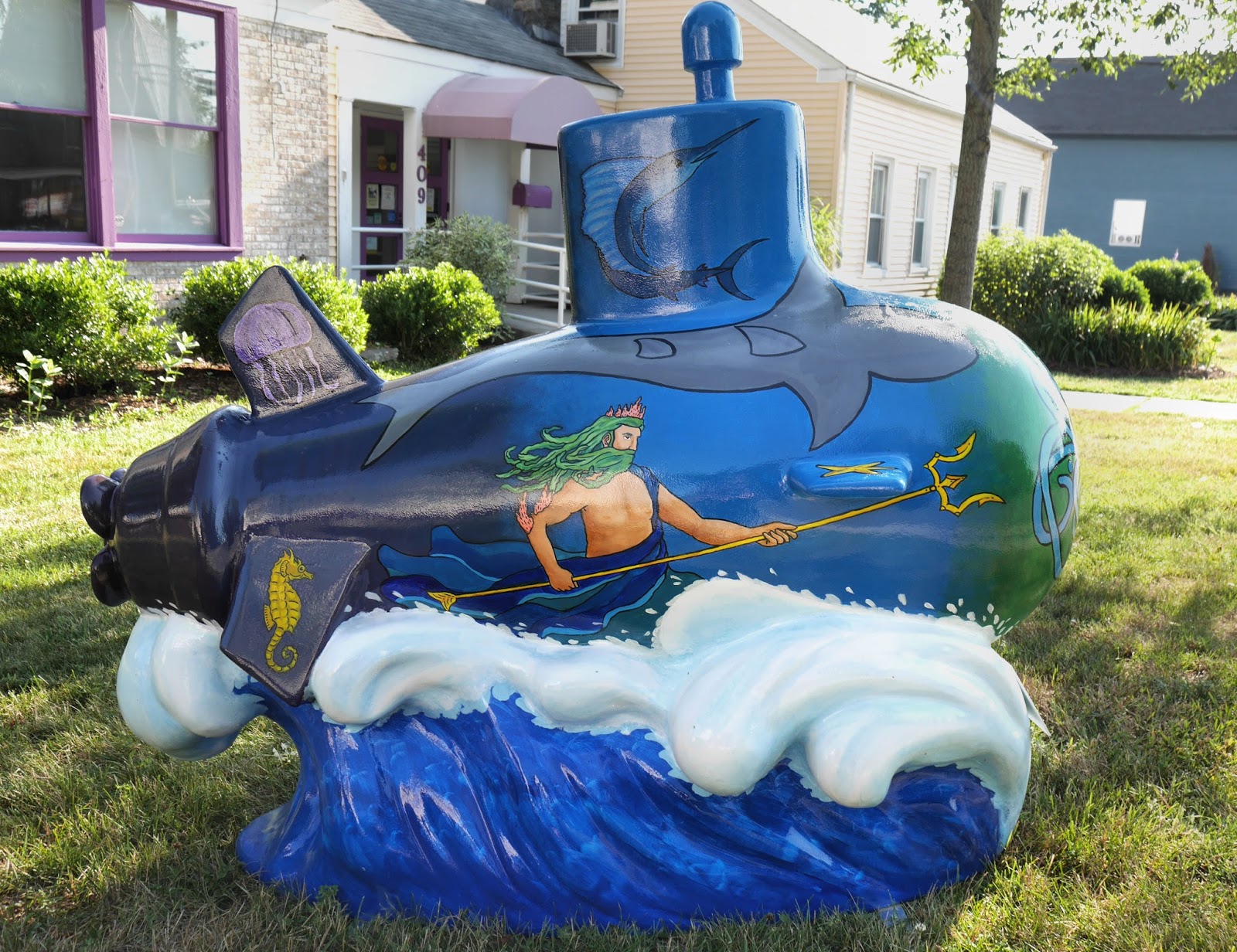 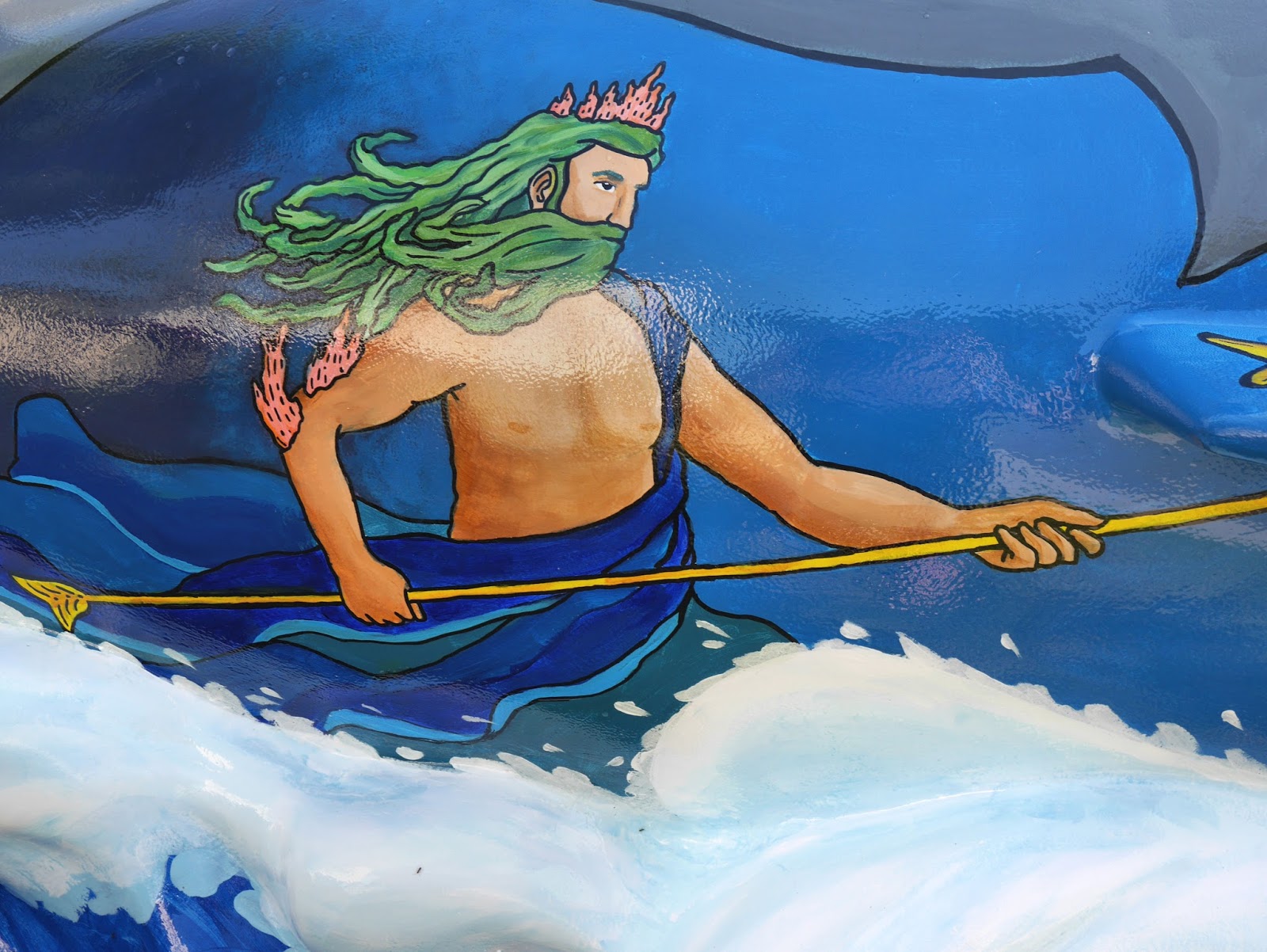 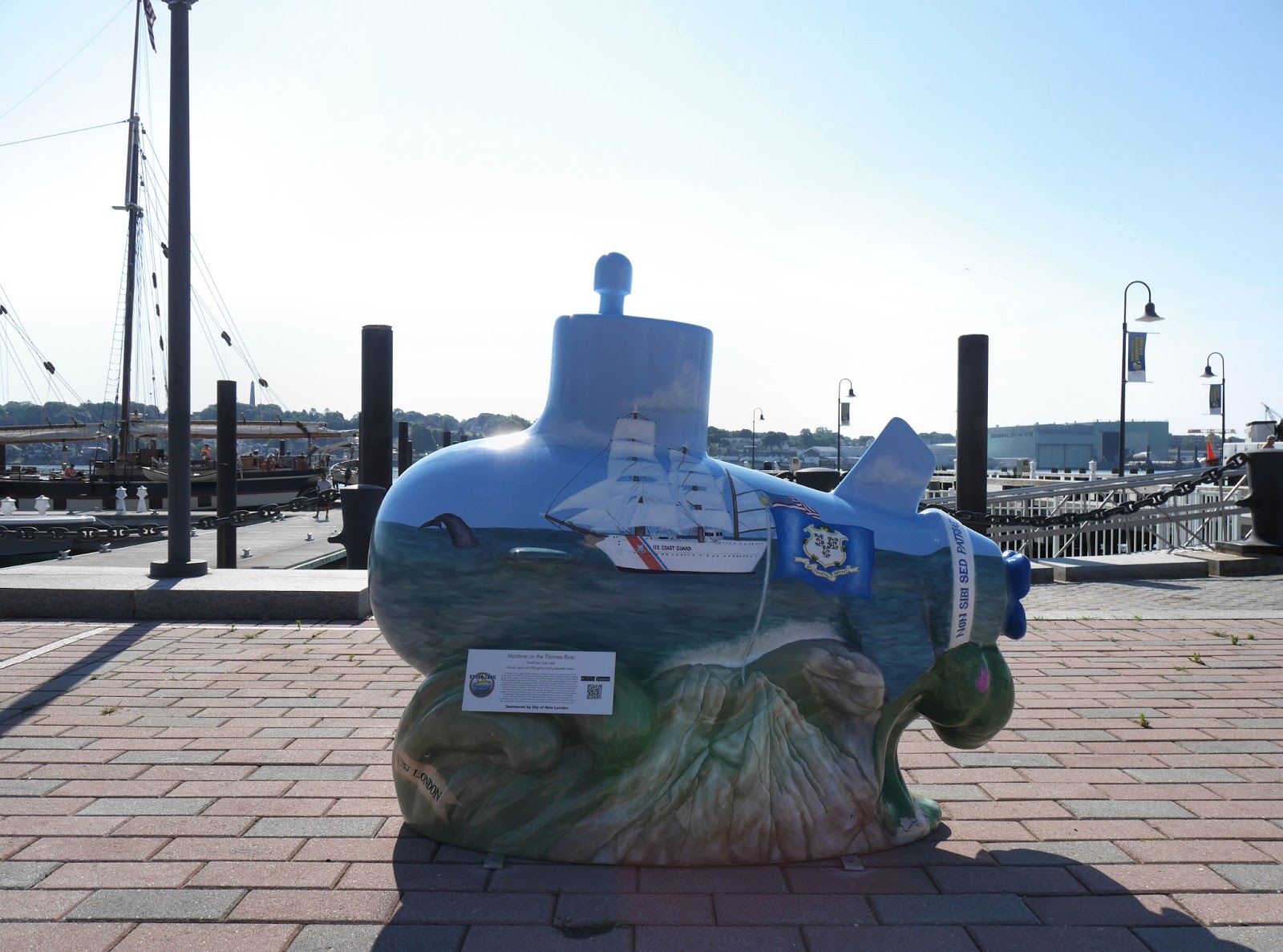 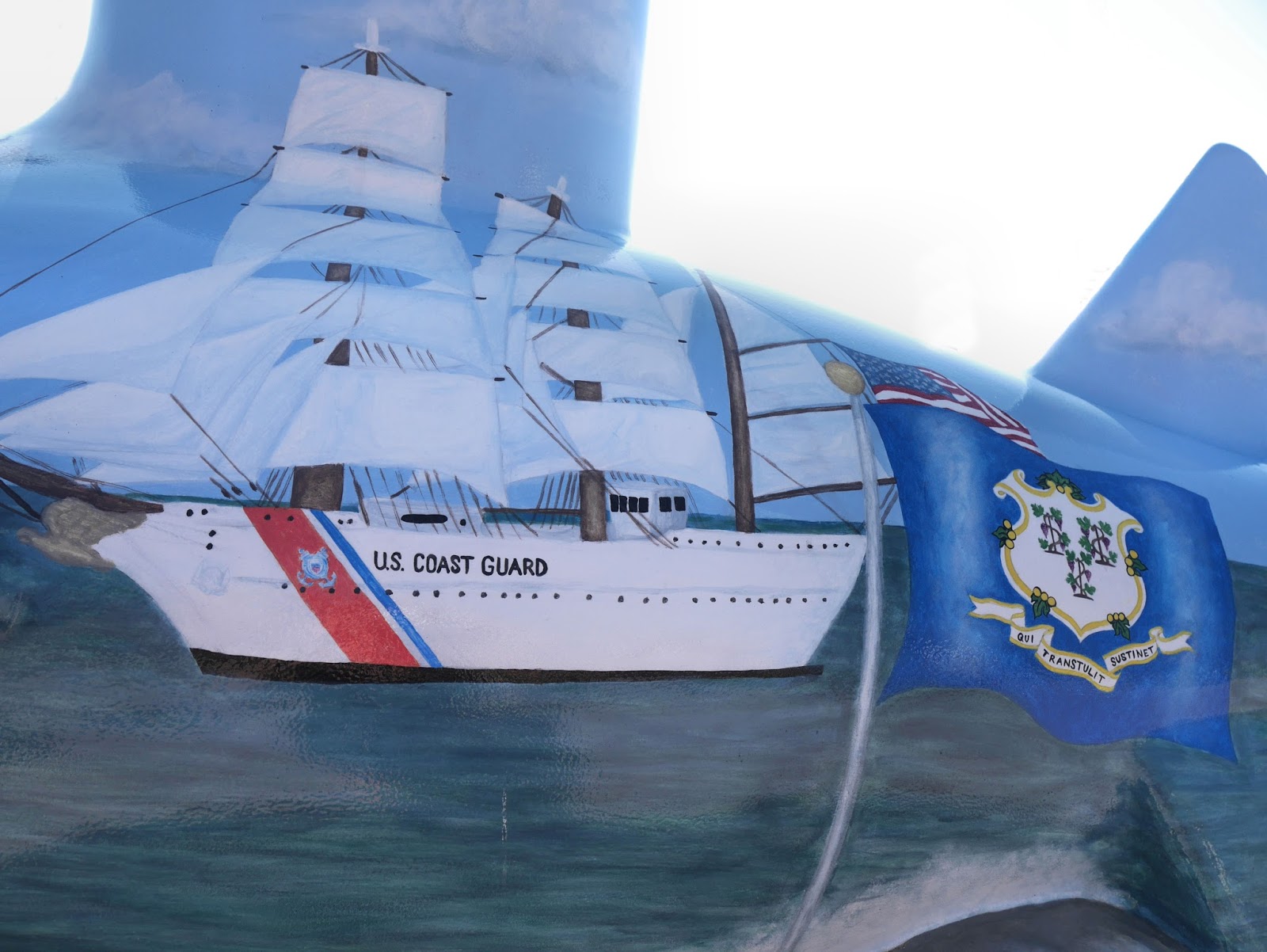 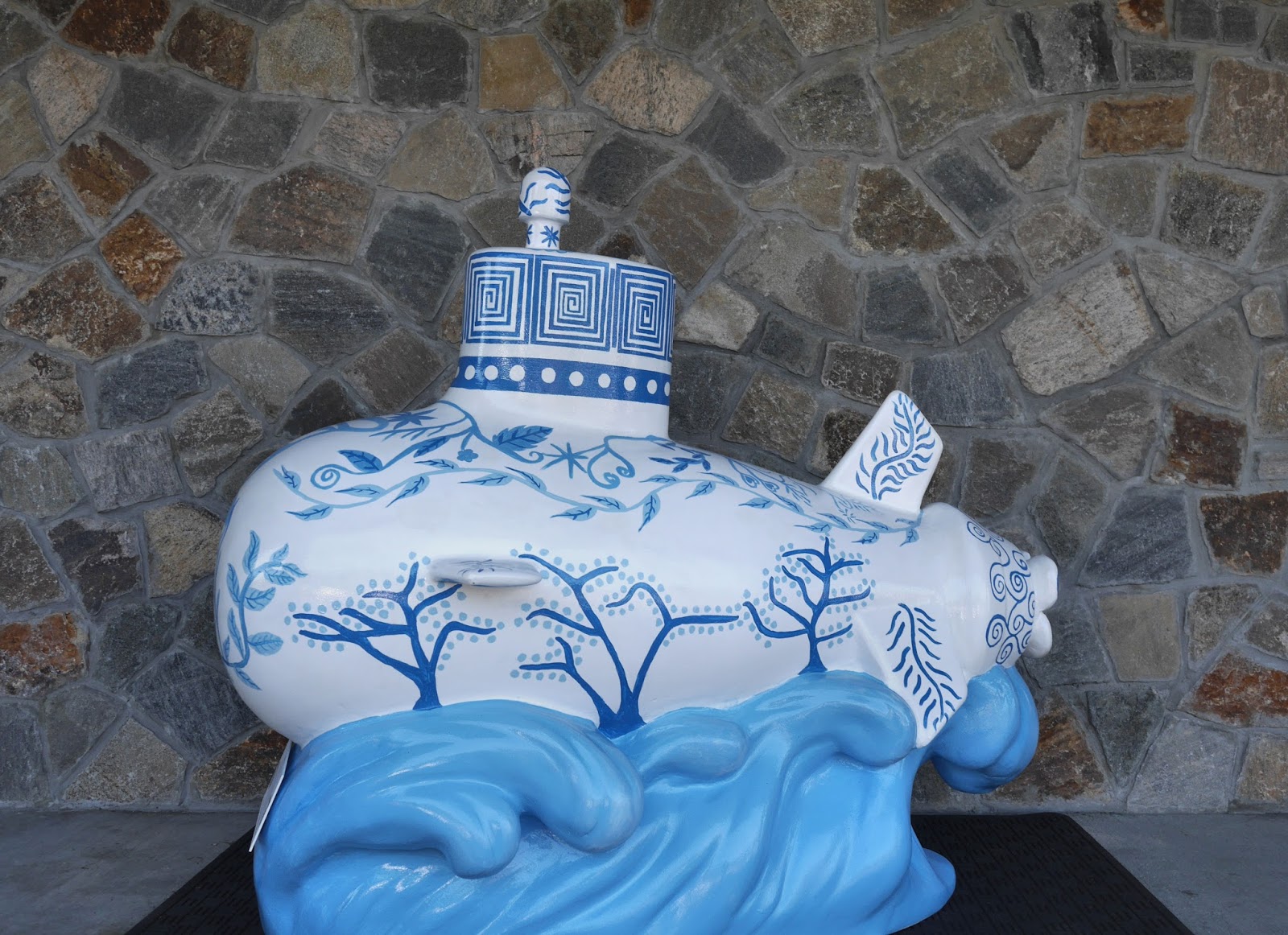 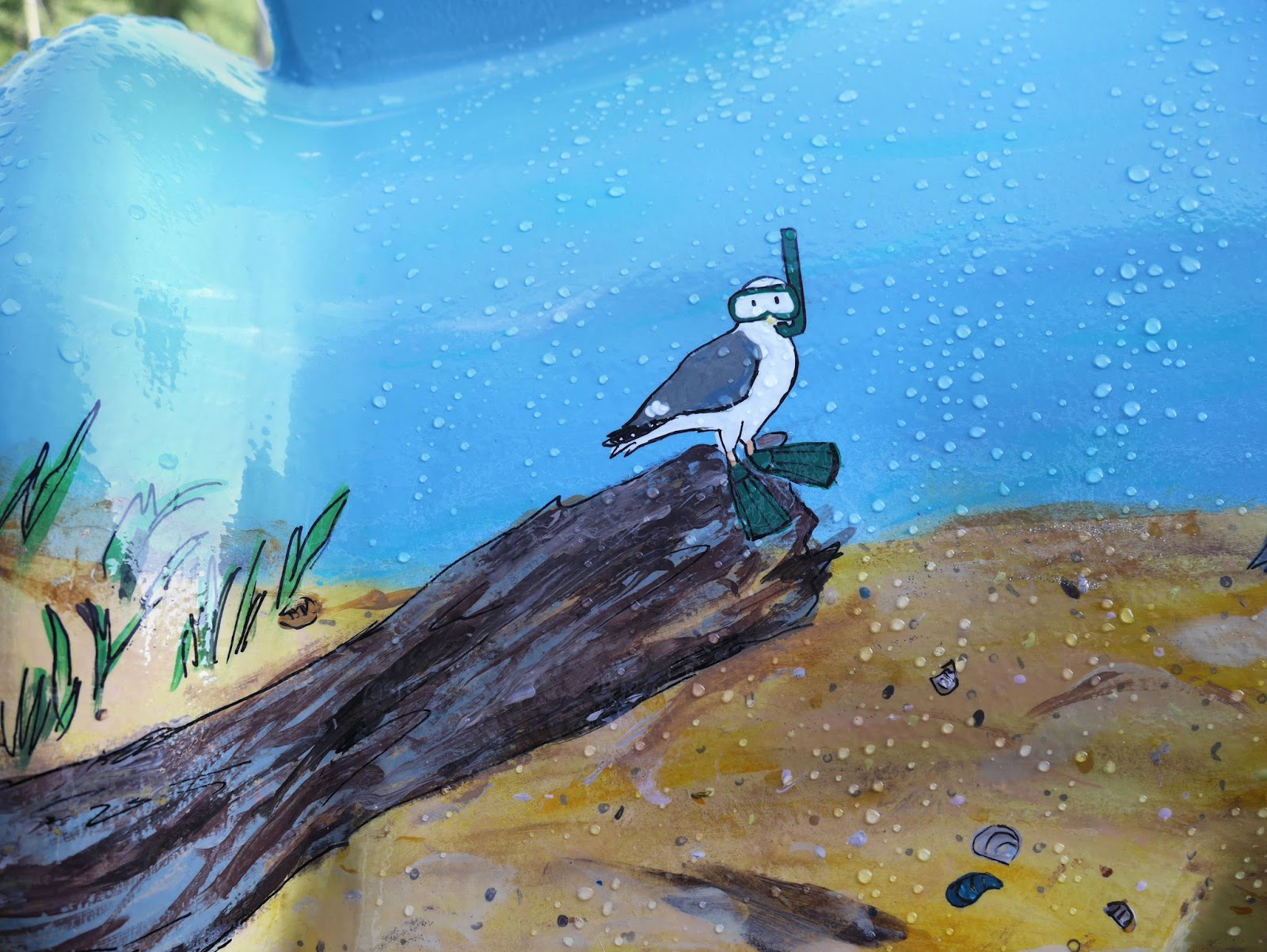 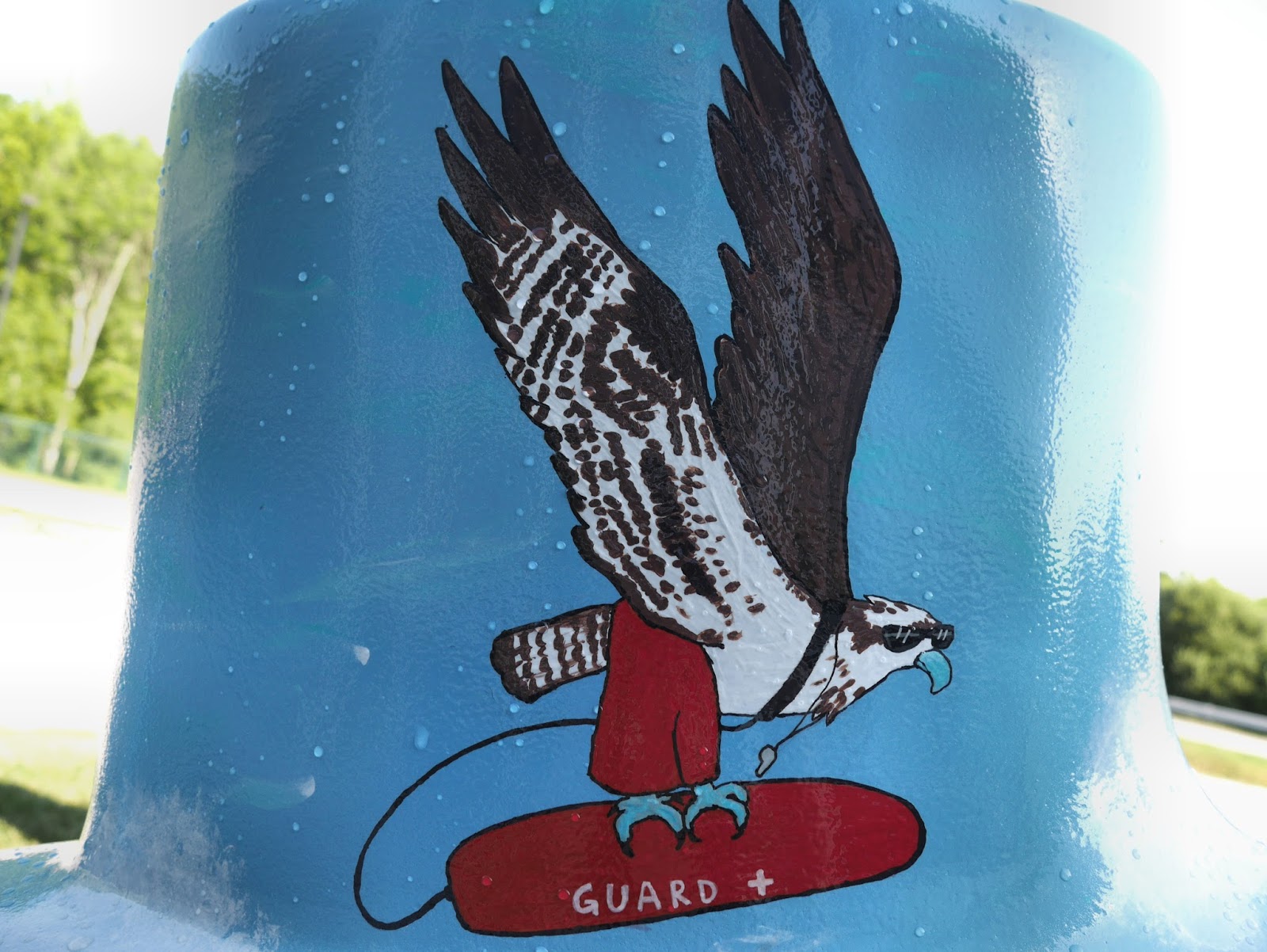 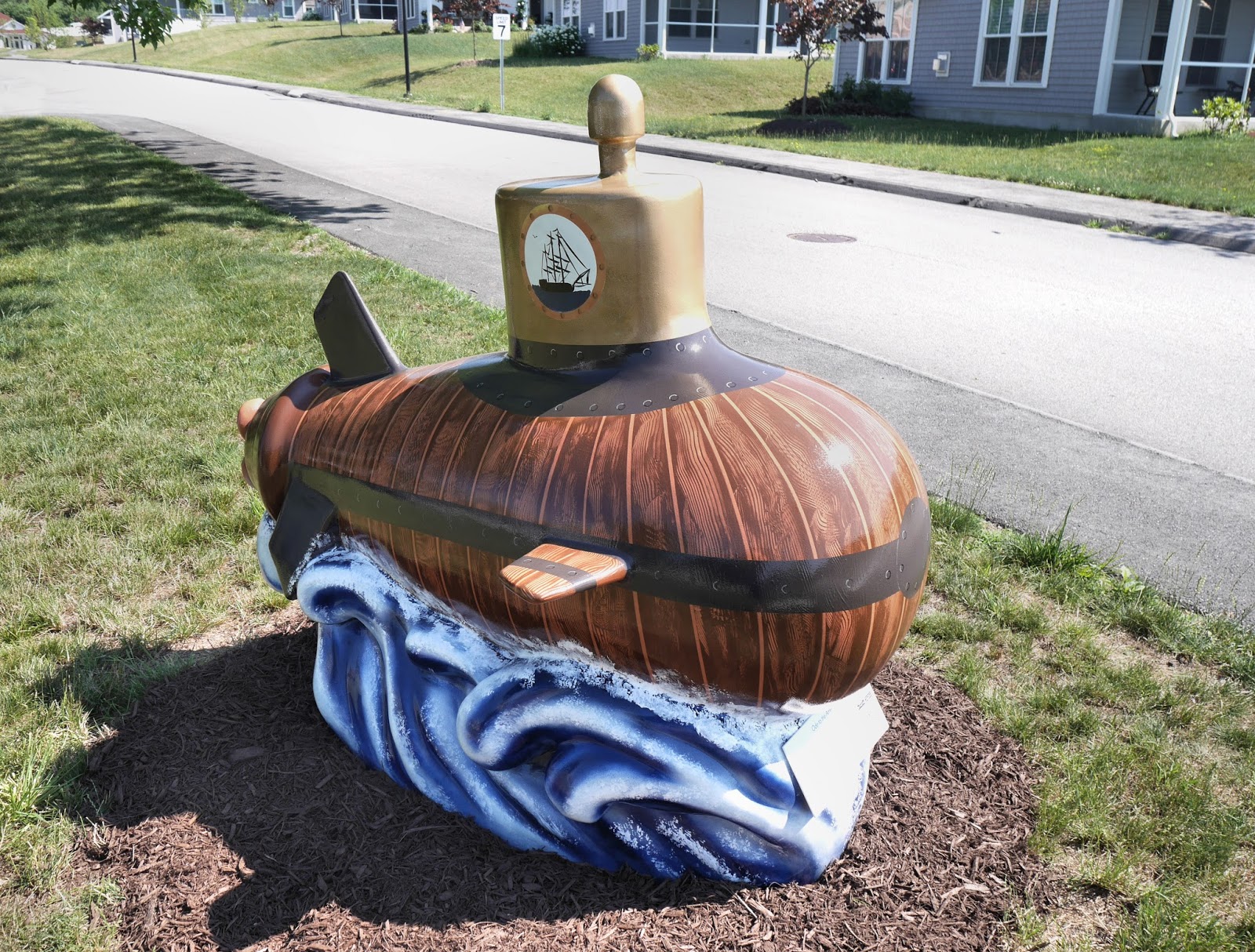 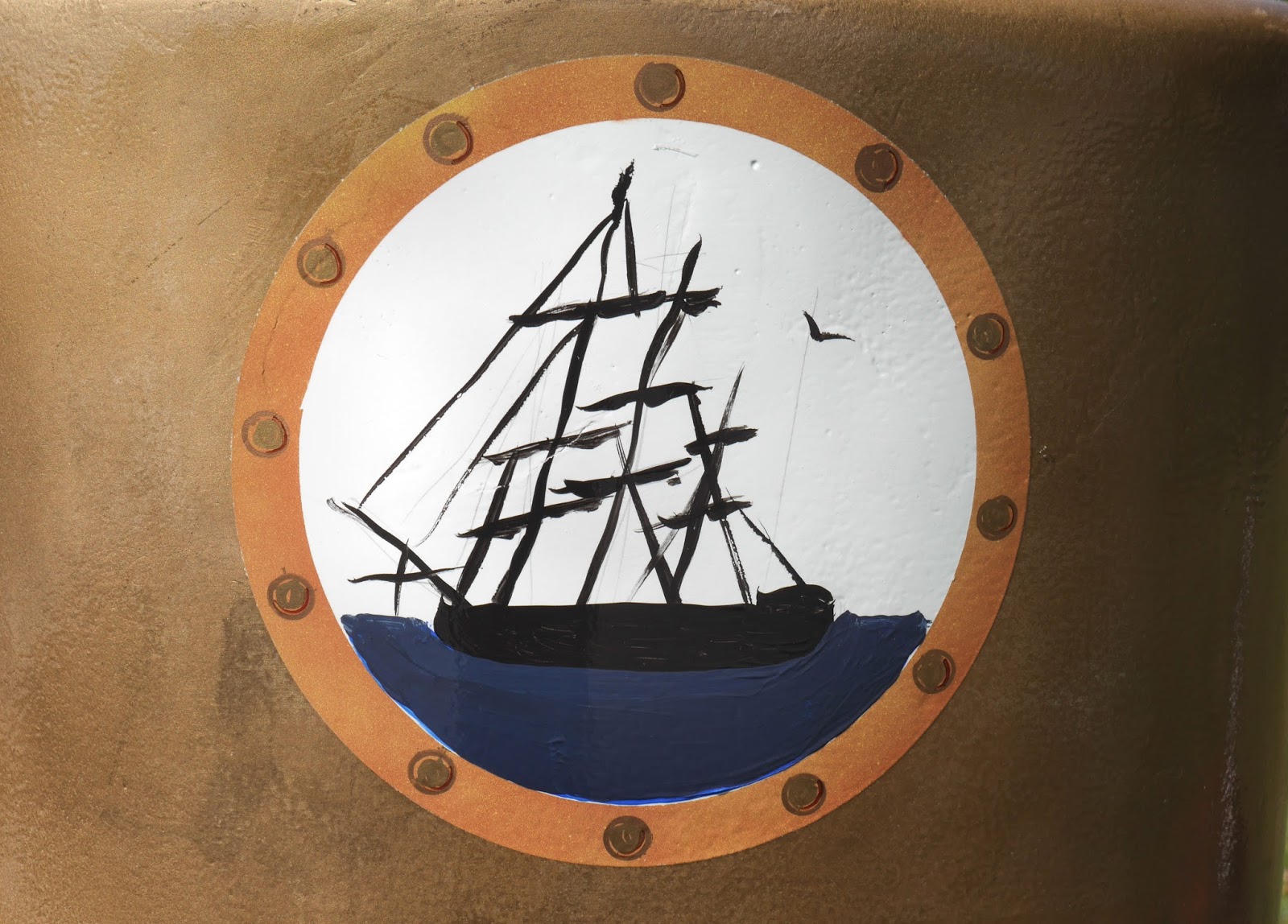 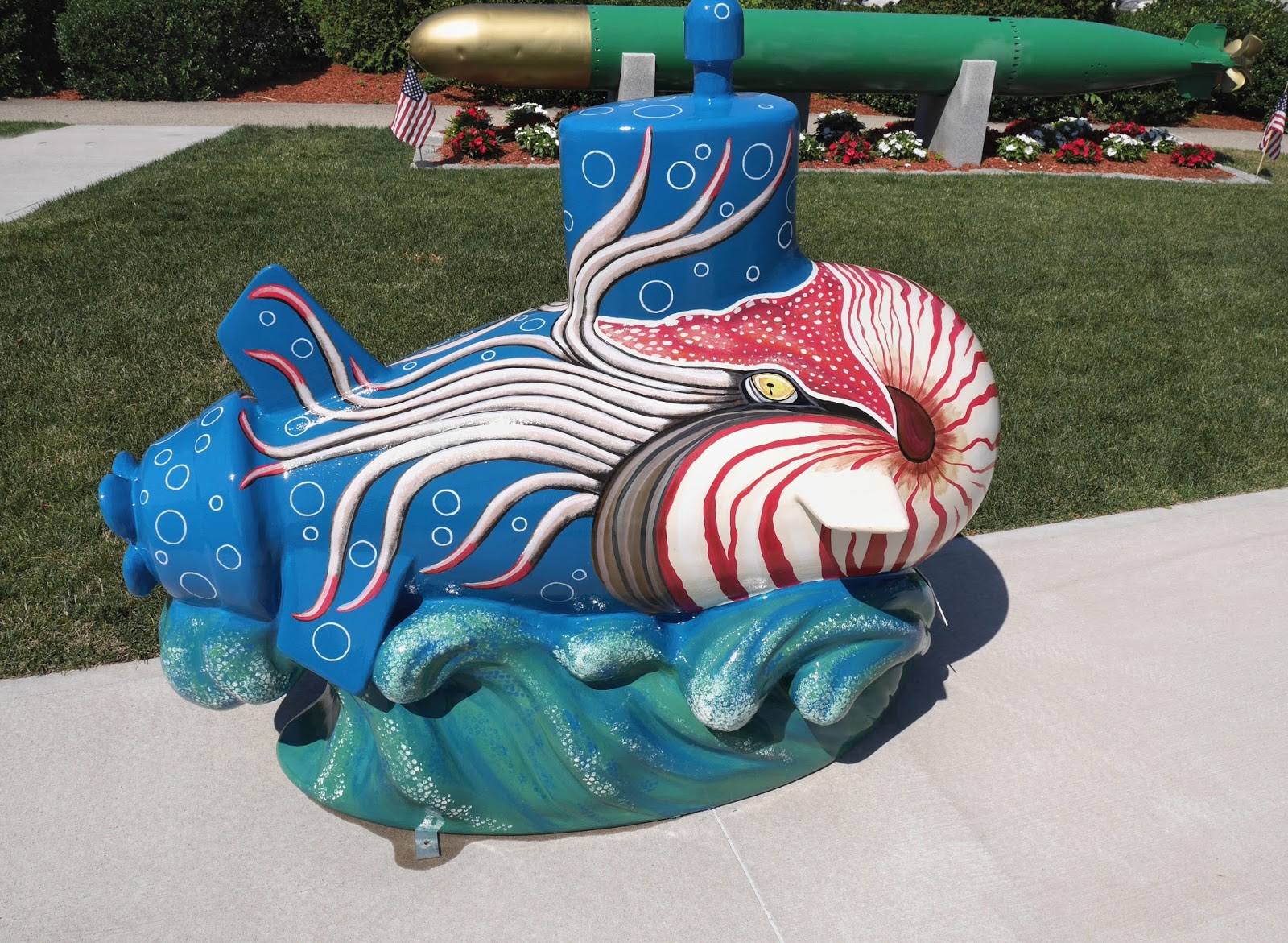 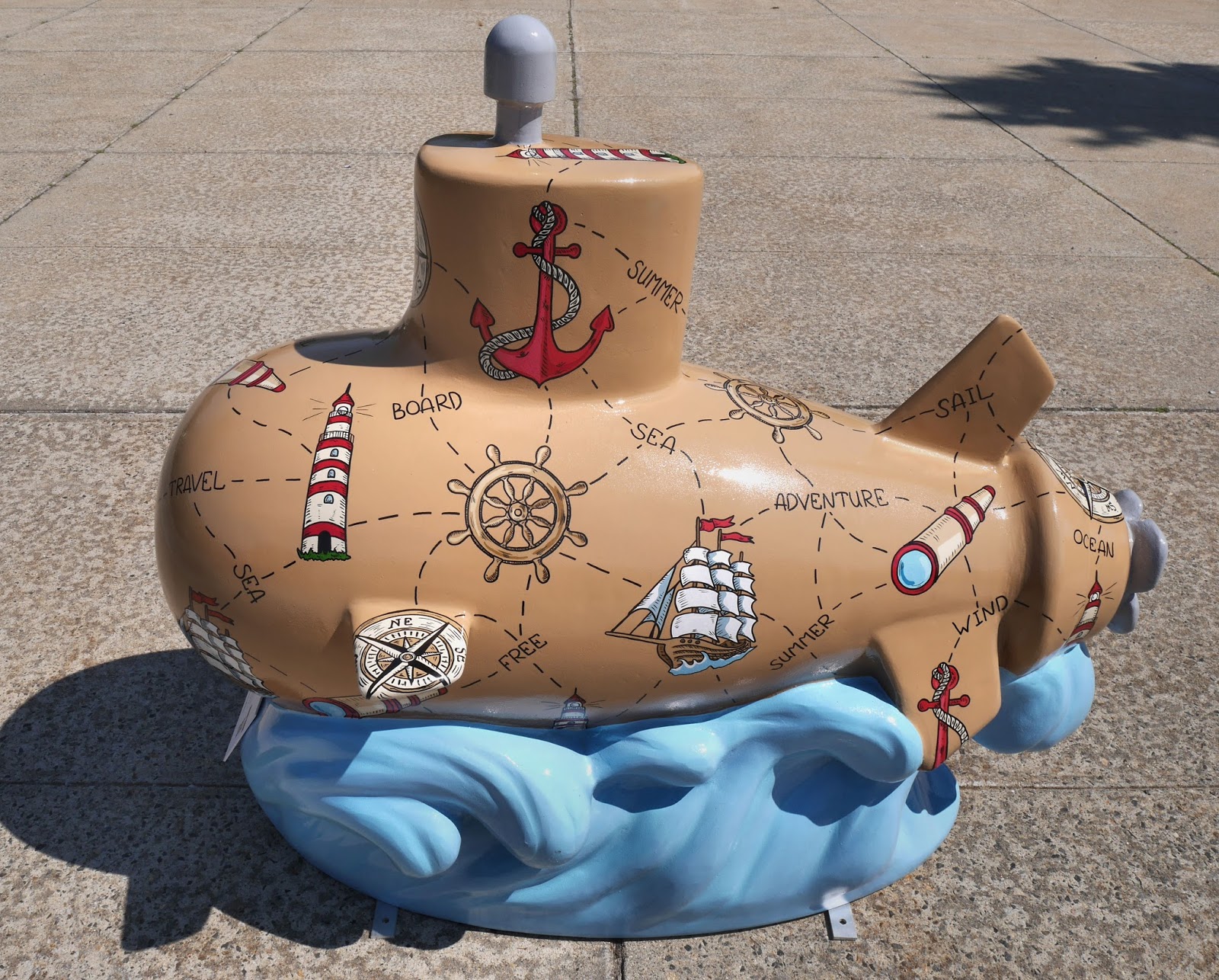 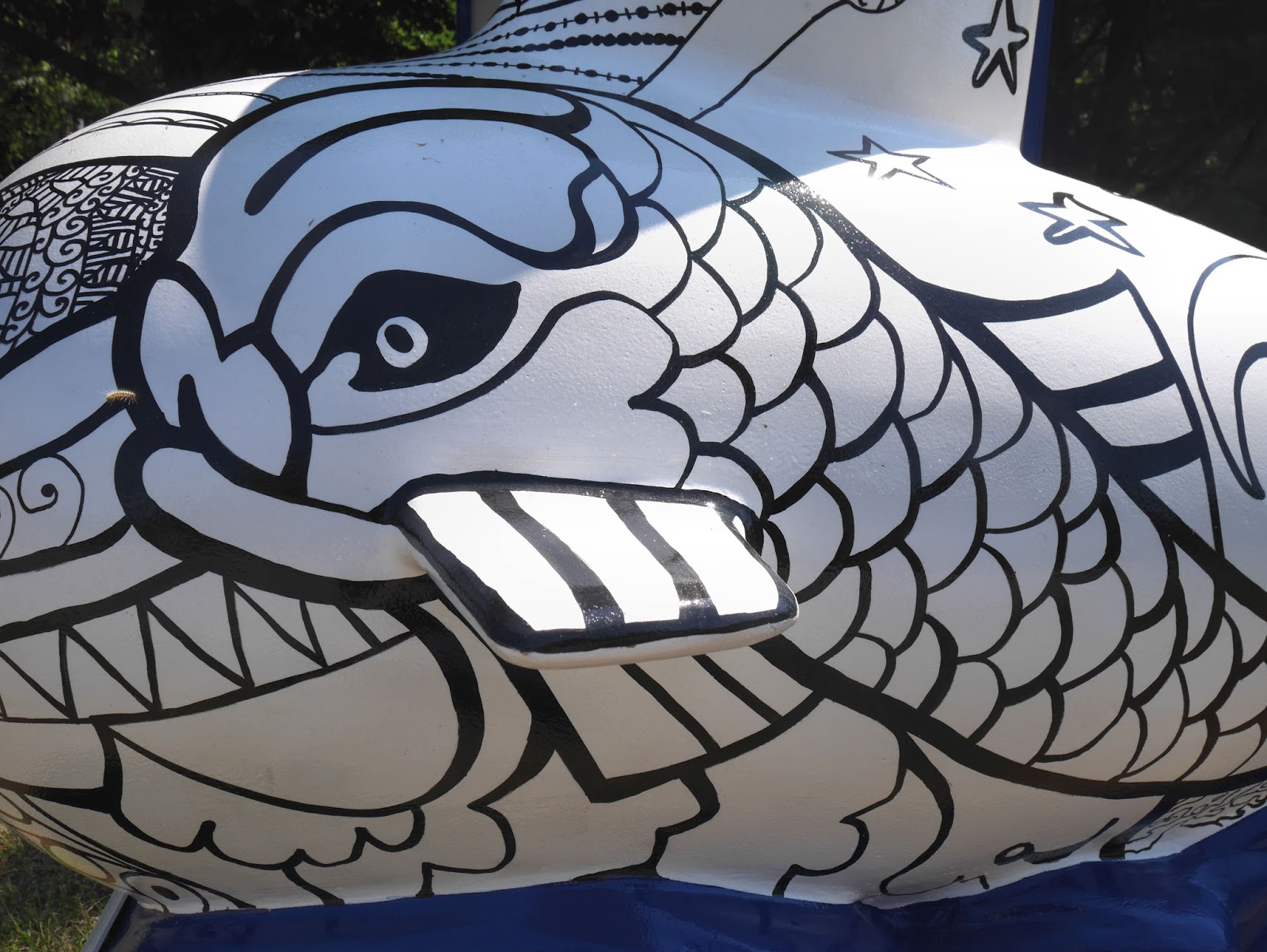 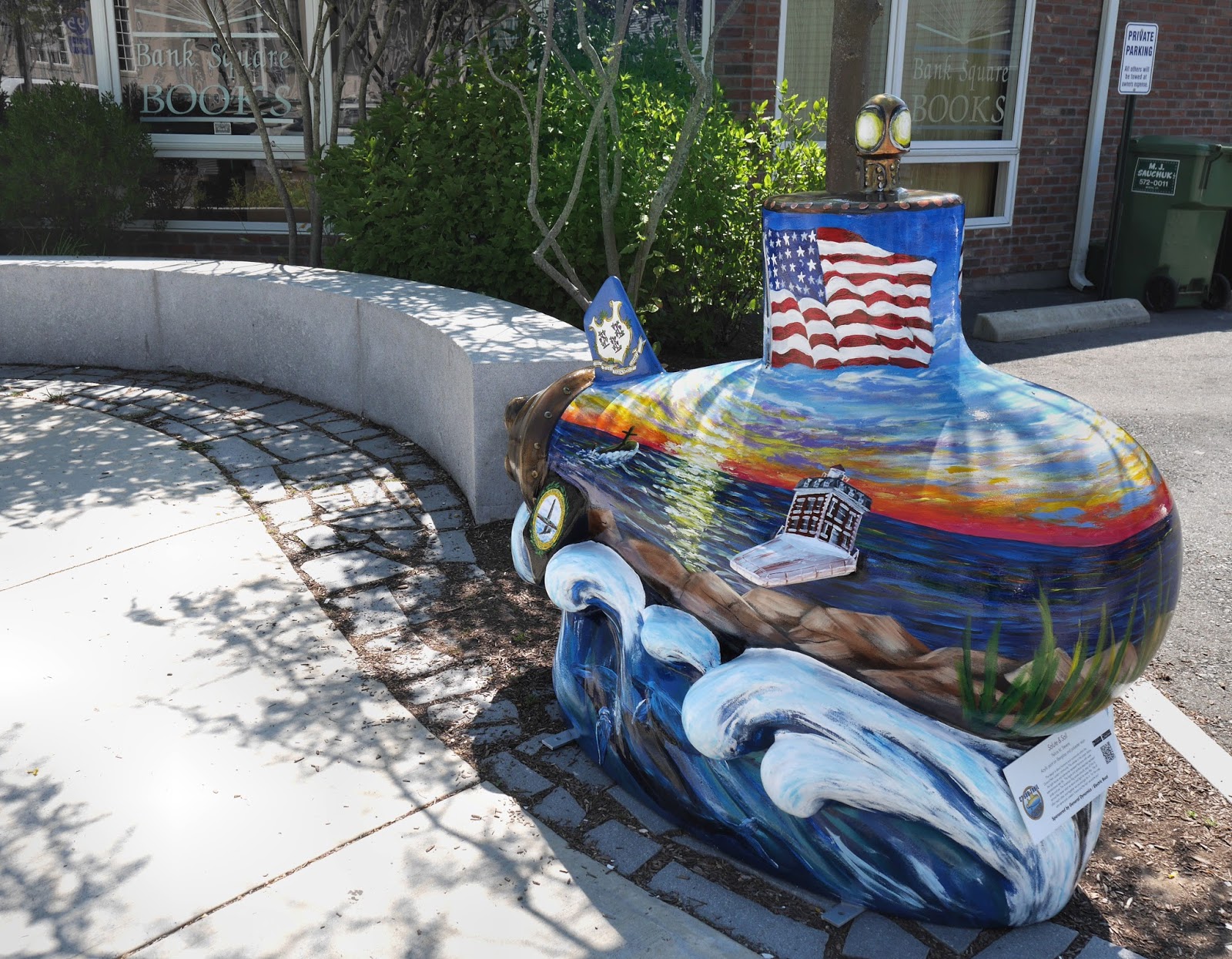 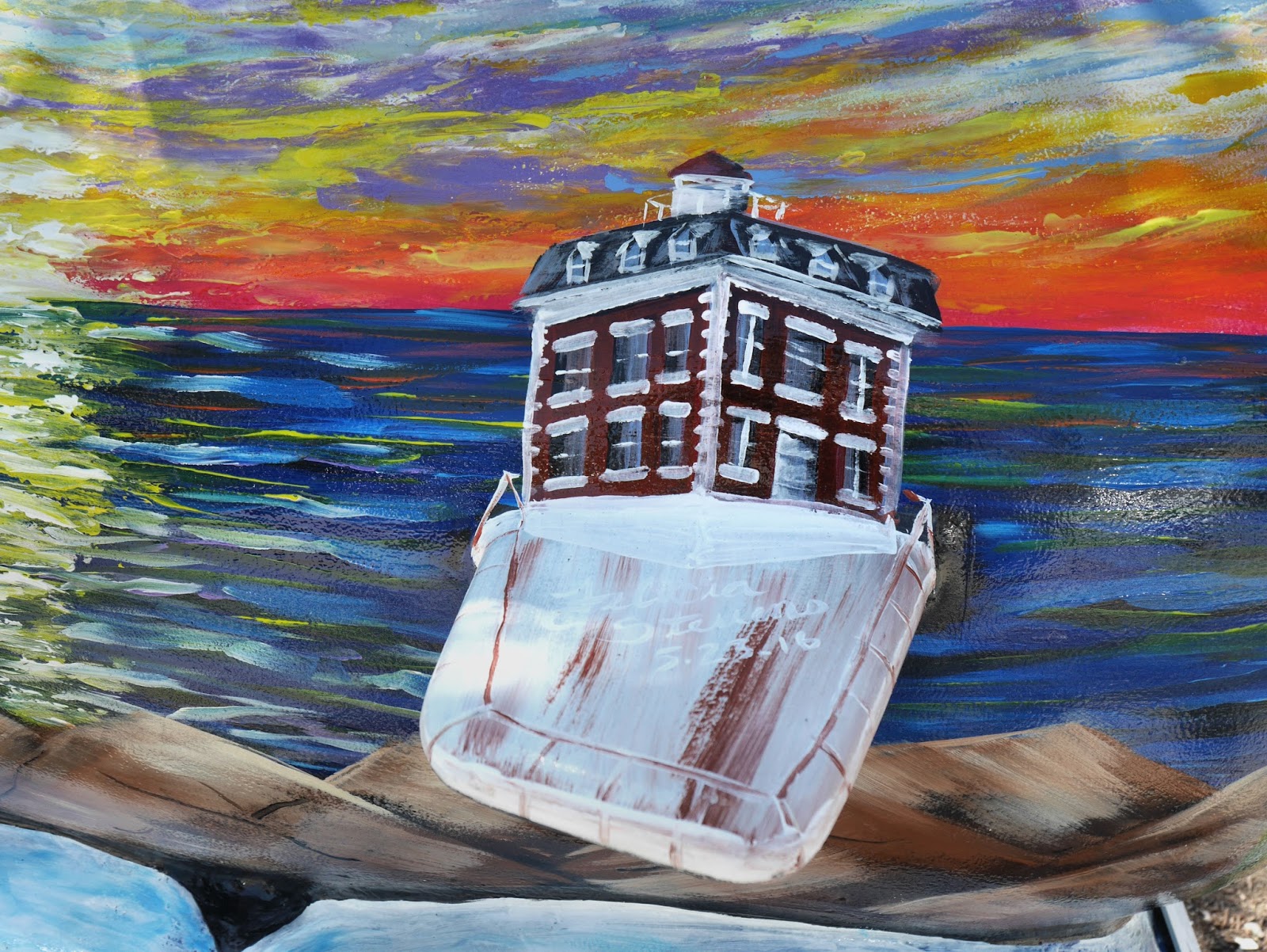 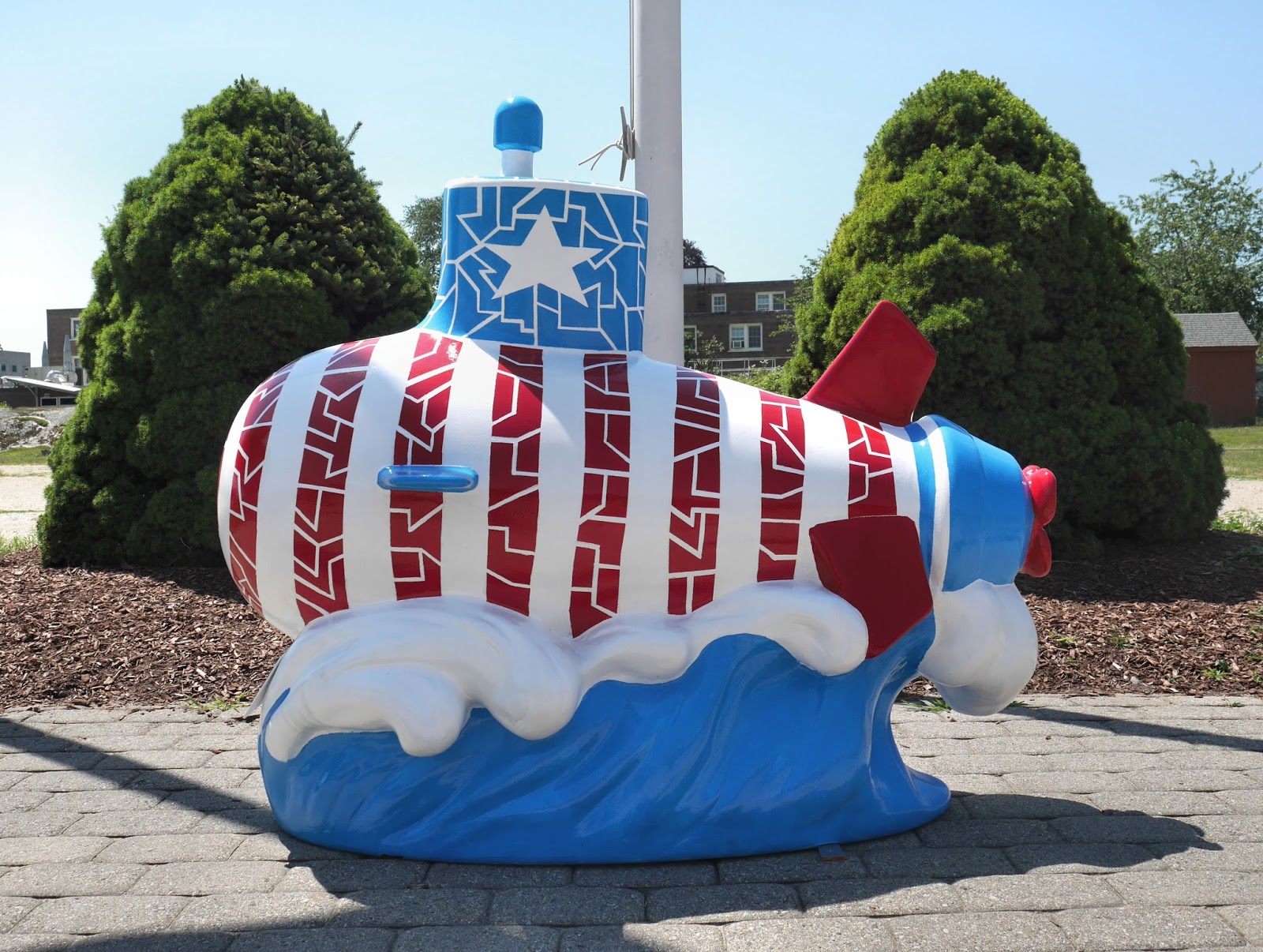 BANK SQUARE BOOKS, MYSTIC
Posted by Johnna Kaplan at 5:50 AM