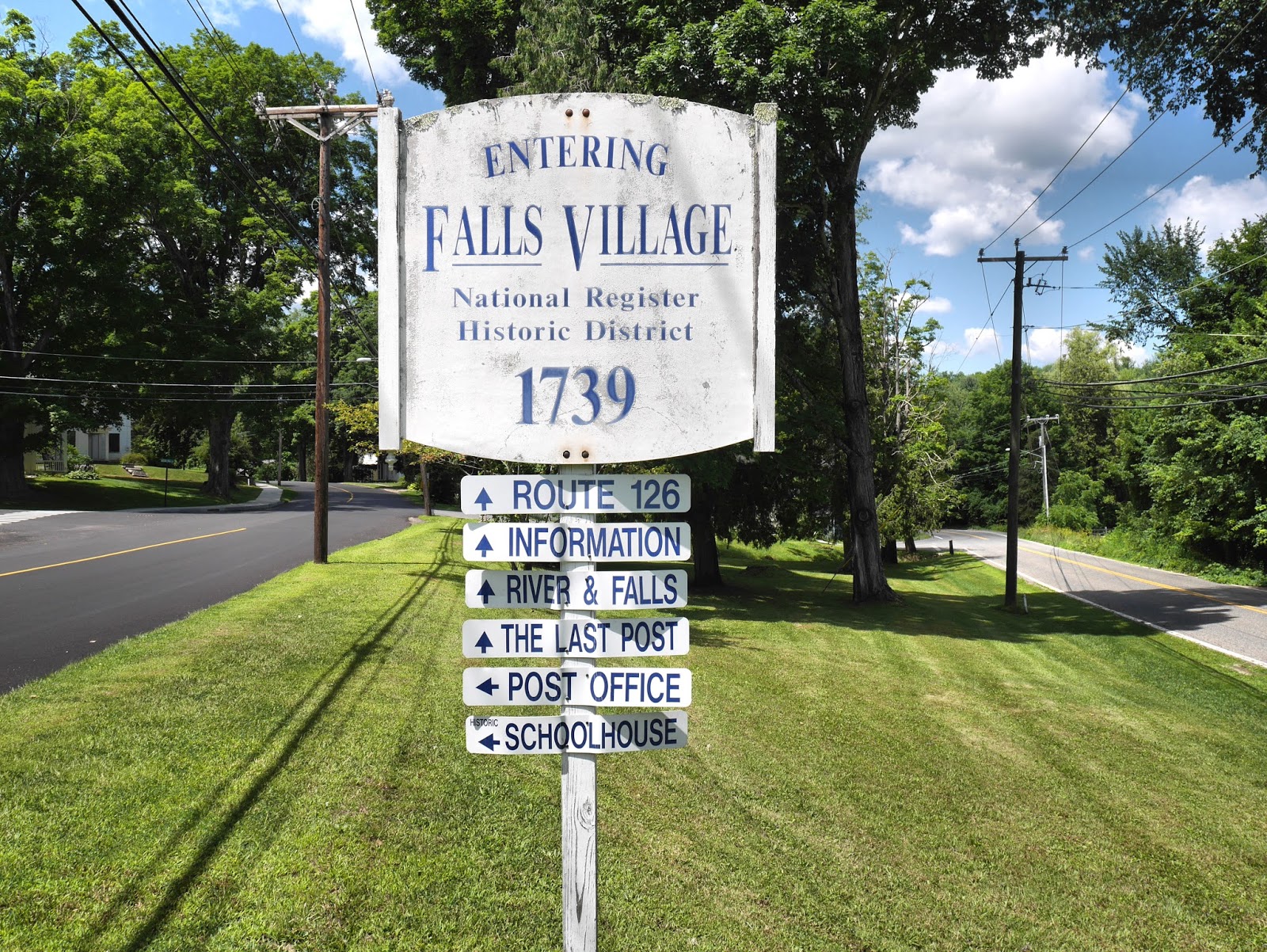 Think of Falls Village as a video that someone paused around 1850 and never came back to play again.

The website of the Town of Canaan-Falls Village explains the frozen-in-time quality:

Once there was a dream that Falls Village would become an industrial mecca. It would be fueled with an abundance of hydropower thanks to the miles of stone canals running along the Housatonic River and the great Falls. Those canals (along with much of Falls Village) were built up over the course of several years. In 1851, the canals finally opened. The crowds cheered, the water flowed, and everything leaked…..Thanks to that dream and the fact that it died, Falls Village lives on, much as it was in 1851. 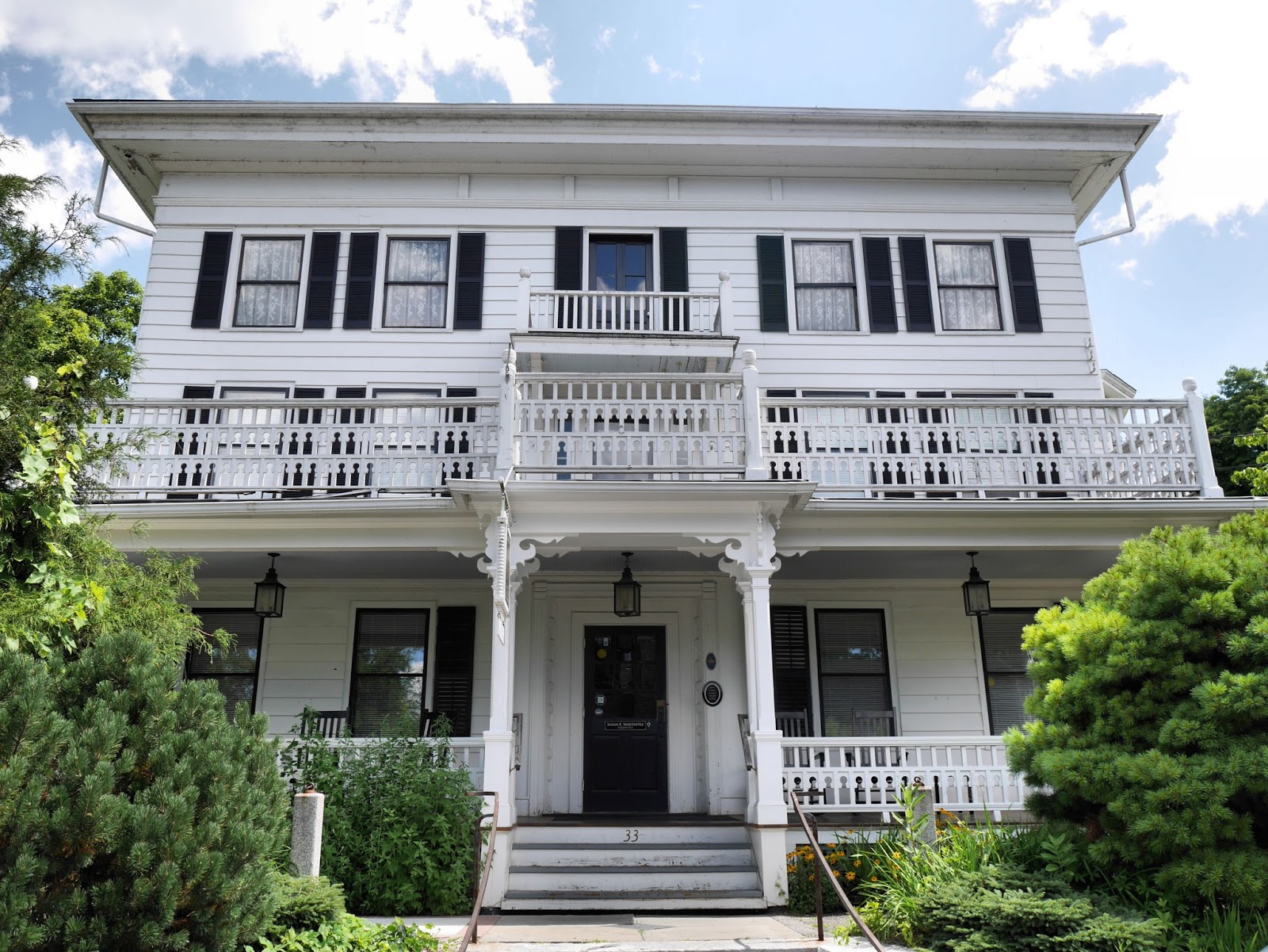 North Canaan is a separate town, located north of Canaan (this cannot always be assumed in Connecticut; East Hampton can be found 30 miles west of Hampton), which contains a village called Canaan as well as other sections called Canaan Valley and East Canaan. Just as Canaan and Falls Village are sometimes used interchangeably, so North Canaan and Canaan (i.e. the village of Canaan) can also mean the same thing. (The United States Post Office could use this part of Connecticut for a PSA about why it's so important to put the right Zip Code on your letters.)

But wait, I'm not done. Because about an hour and a half south of this confusion, there is New Canaan. New Canaan began not as a town or a village, but a parish on the Norwalk-Stamford border. The people who went to church in Canaan Parish lived in one of those two cites until their new town was incorporated in 1801. But by that time, the name Canaan was already taken by the aforementioned Litchfield County town, so the Fairfield County parishioners had to settle for New Canaan. (Possibly the only example to date of anyone from New Canaan ever not getting what they wanted on the first try.) 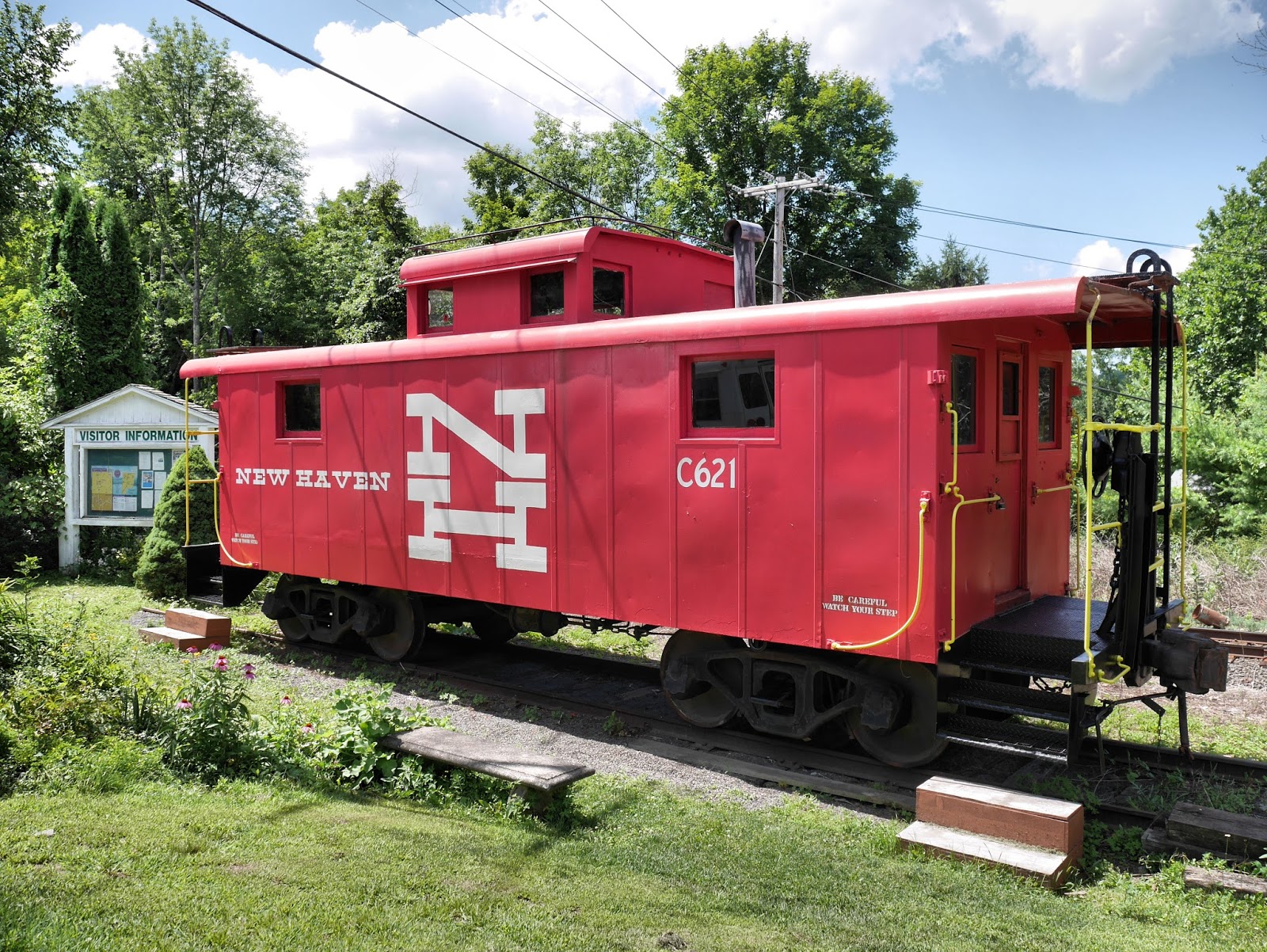 THIS TRAIN CAR, AND THE OLD DEPOT ON RAILROAD STREET, RECALL FALLS VILLAGE'S PAST

Now, back to Falls Village. Before the Housatonic Railroad came to town in 1841, the settlement was actually called Canaan Falls. (I know, the hilarity never ends.) Falls Village was the name given to the train station, and eventually it came to refer to the whole town. 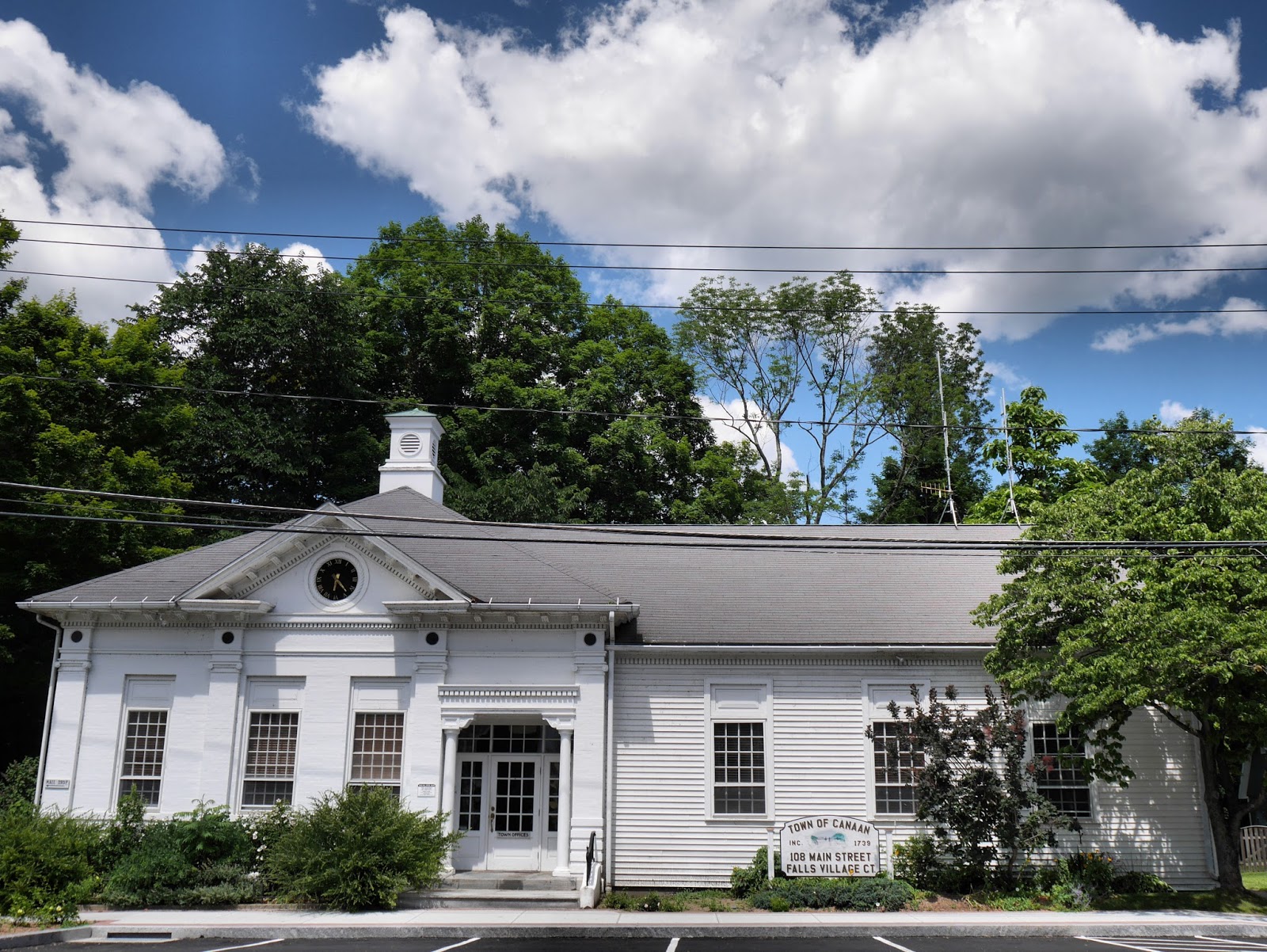 In terms of area, Canaan (or Falls Village, if you prefer) is fairly large, at 33 square miles. But the Falls Village District, the national historic district where I took these pictures, is only about 70 acres, consisting of "the half dozen square blocks that were built up in the middle of the 19th century as a result of Falls Village being selected as a station stop when the Housatonic Railroad was put through in the late 1830s/ early 1840s." 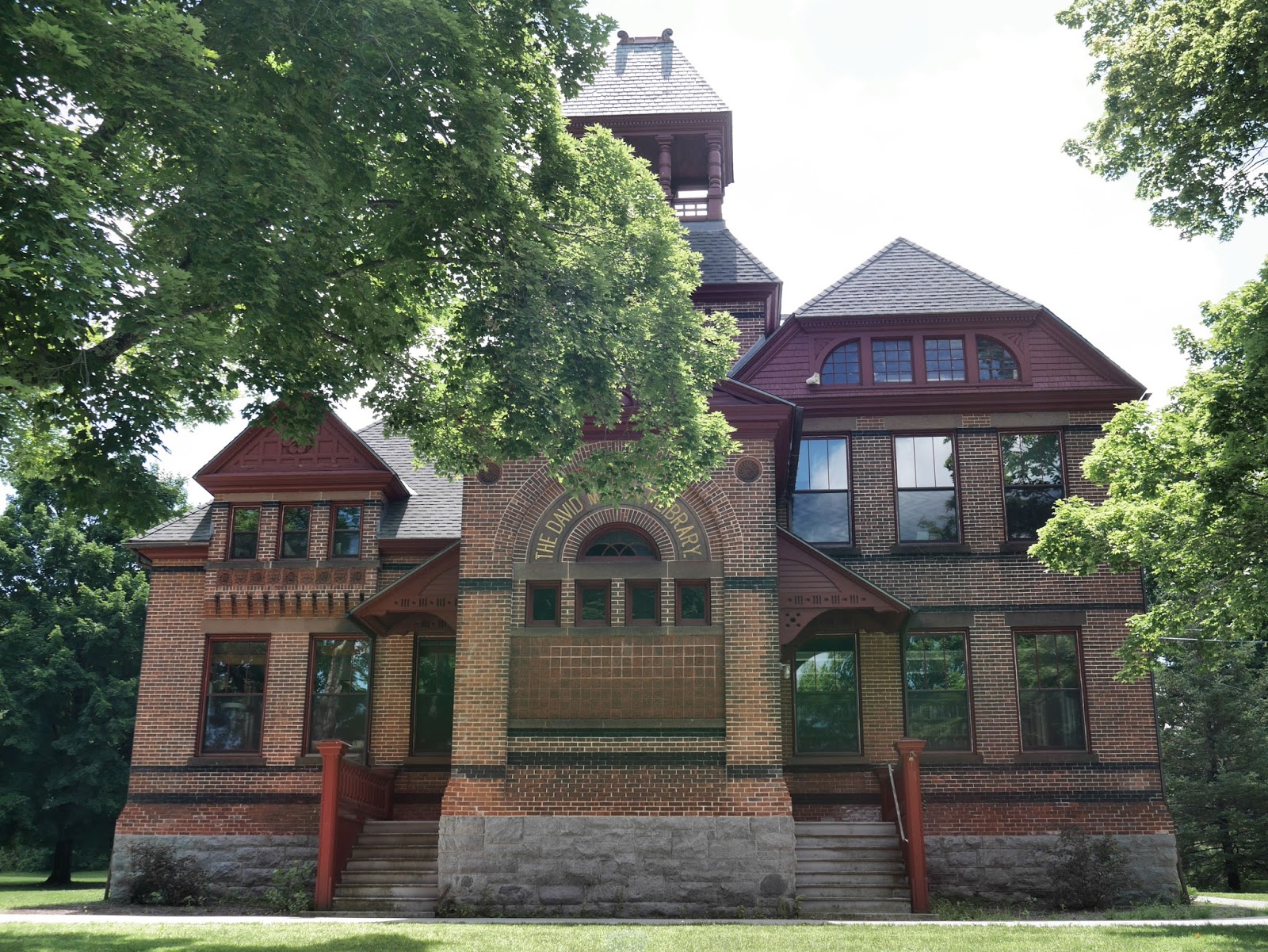 The historic district can feel almost eerily remote. Though it fills up on occasion for events, like the annual summer car show that crowds Main Street with classic vehicles and moseying spectators, on a normal day it is intensely quiet. 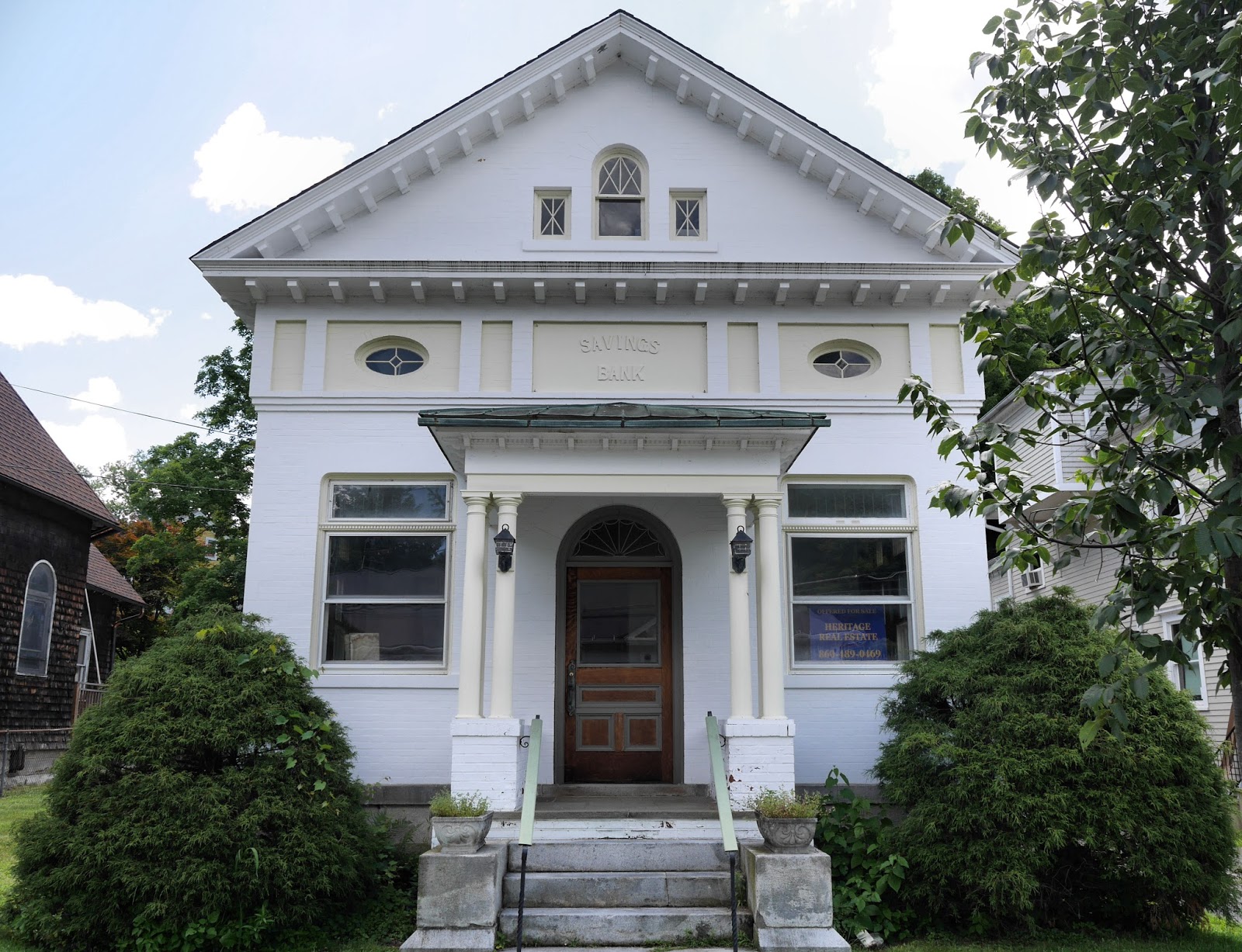 Because it's set off of Route 7, the main road through the area, you could drive past this town center many times without realizing it was there. In that sense, it is the opposite of a tourist magnet like nearby Kent, where Route 7 runs straight through the middle of town. 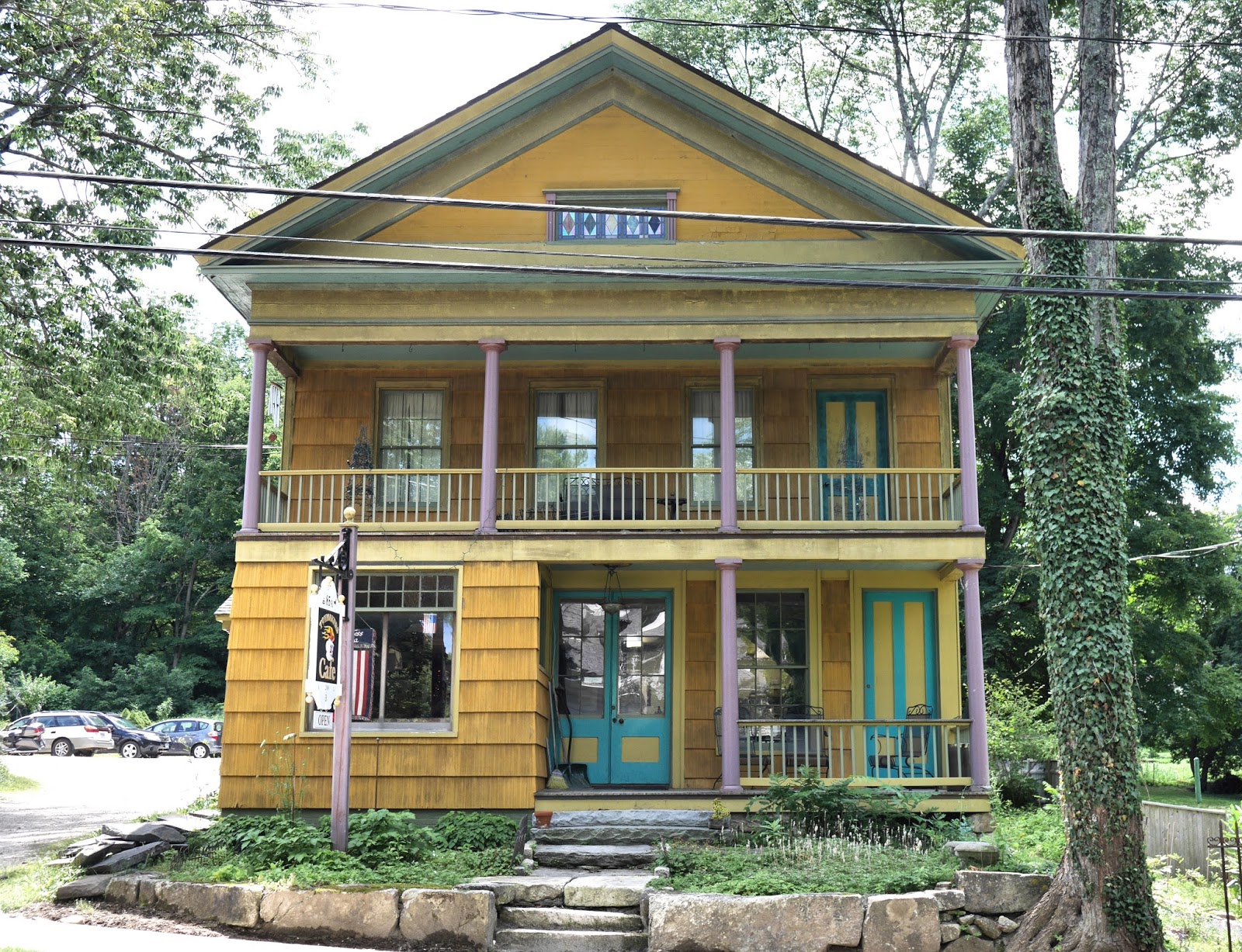 It reminds me a bit of small towns in the West or Midwest that suddenly spring up as you drive towards them then abruptly end, giving way to emptiness. But because this is Connecticut, there is no sense of frontier newness here, and the surrounding countryside is hilly and lush. This is an isolated village, but it does not stand in an open space surrounded by flat fields or ice-blue mountains or endless straight highways. Instead, it hides between waterfalls and winding roads. 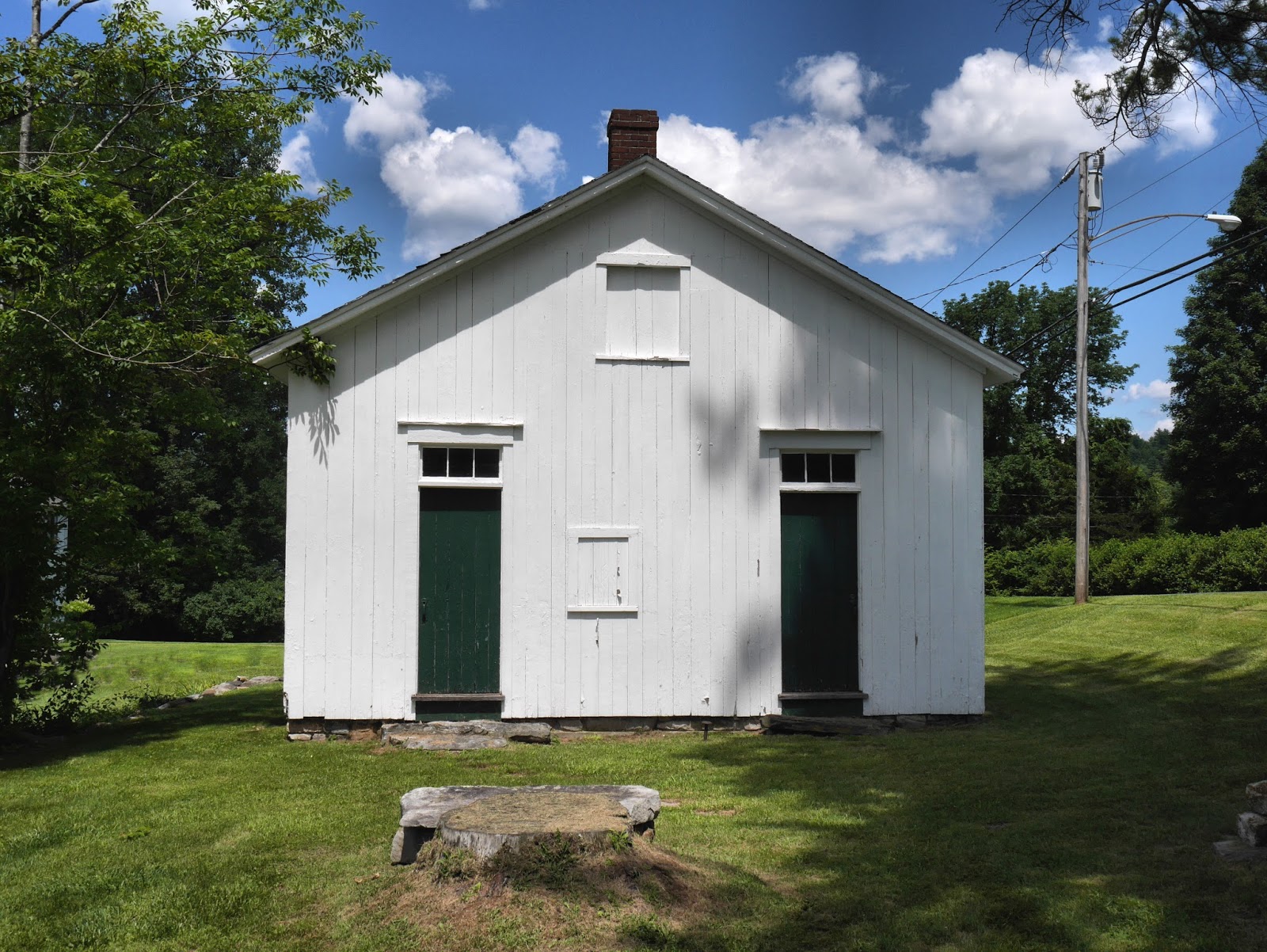 And yes, there is a one-room schoolhouse. The Beebe Hill School was built in 1918 to replace an earlier school building that burned down.

Posted by Johnna Kaplan at 8:05 AM