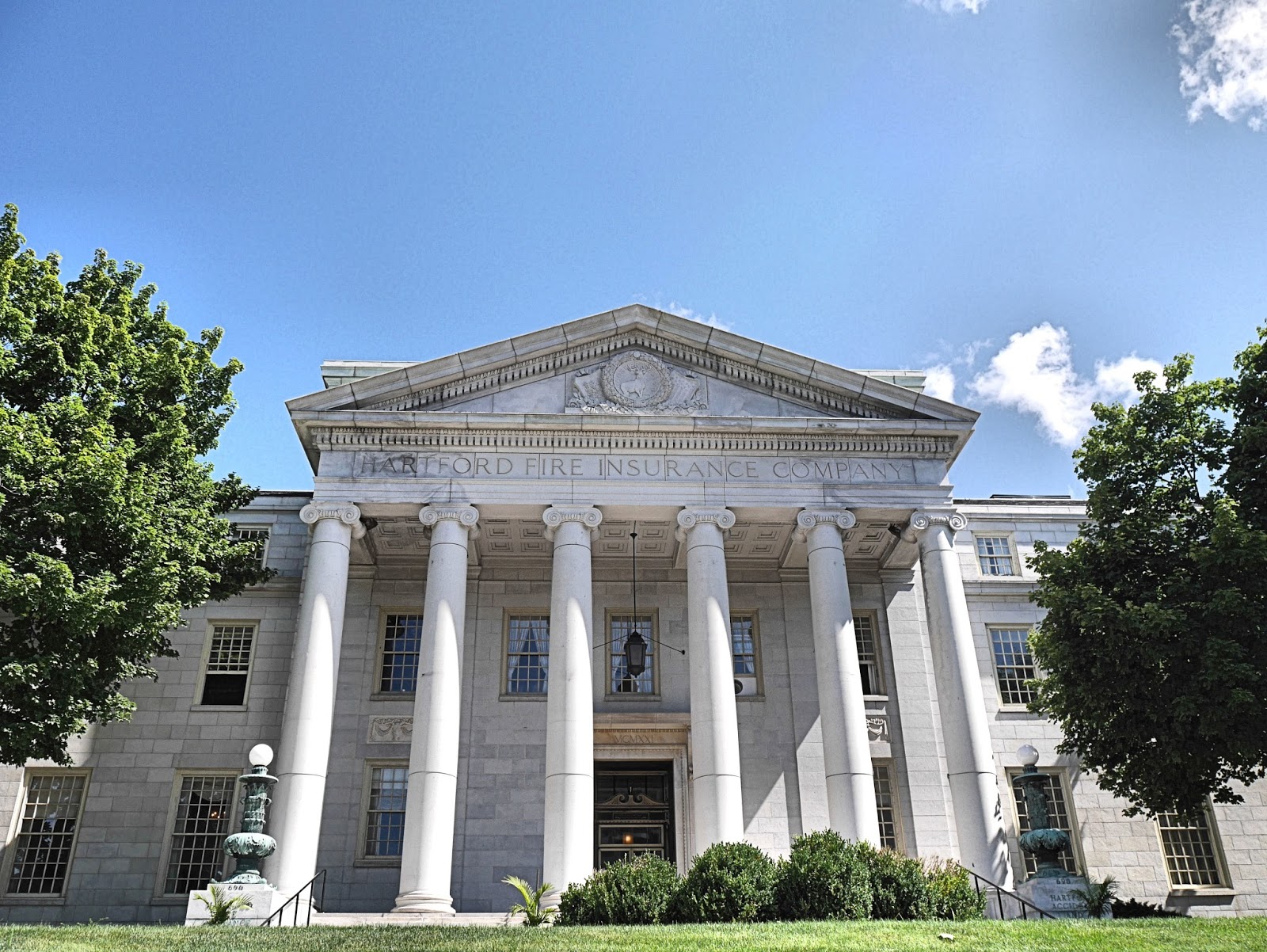 Last week, on a perfect summer day, my friend Sally (who Connecticut-based readers might know as the editor of Books, Ink at HamletHub) joined me on a little Hartford adventure that had been on my list since I moved to the capital city almost two years ago.

The Wallace Stevens Walk is one of the less-publicized attractions in a city full of half-hidden gems. It's a very simple walk, stretching 2.4 miles from the stately Asylum Avenue headquarters of the Hartford Financial Services Group, where acclaimed modernist poet Stevens (1879-1955) worked for 23 years, to the tastefully unassuming home where he lived with his wife Elsie. You could say it is part of a grand literary tour of Hartford, but it is also a commute; Stevens, who didn't drive, used to walk this route every day, mentally composing poetry along the way.

The walk is punctuated by thirteen plain granite markers, each bearing a stanza of Stevens's inscrutable yet evocative "Thirteen Ways of Looking at a Blackbird." The landscape of the journey - like the poem - is sometimes stark and sometimes surprisingly ornate. The markers lead you from Asylum Hill to the West End, and you follow, past grand houses and drab offices and parking lots, past wildflowers leaning against metal gates, across the mostly-buried Park River where it still flows, almost unnoticed, above the ground.

When you reach the end you are happier about the whole thing than perhaps you should be, standing on a summer day on the grassy strip that divides Westerly Terrace, imagining the snow that will soon begin to fall. 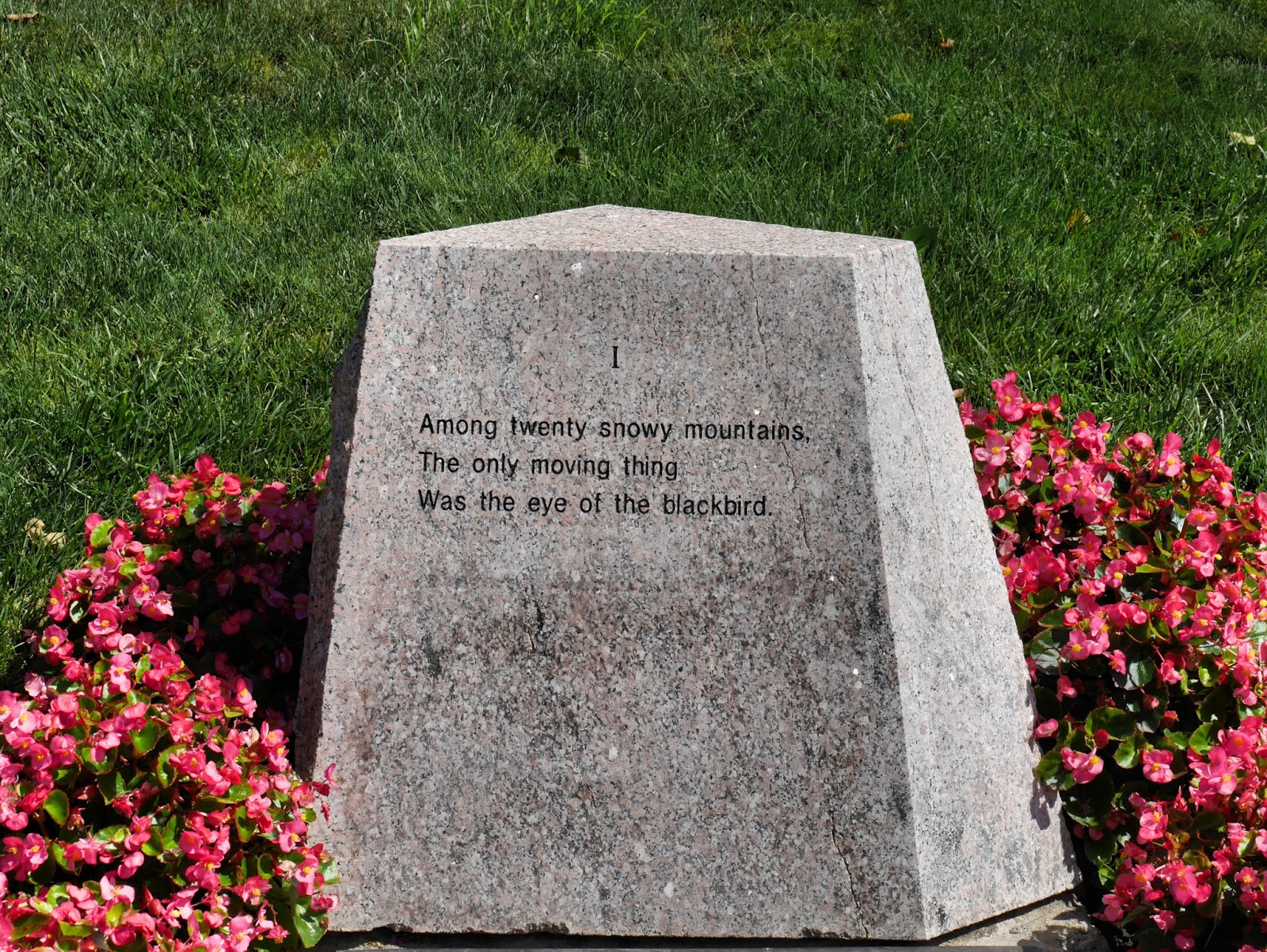 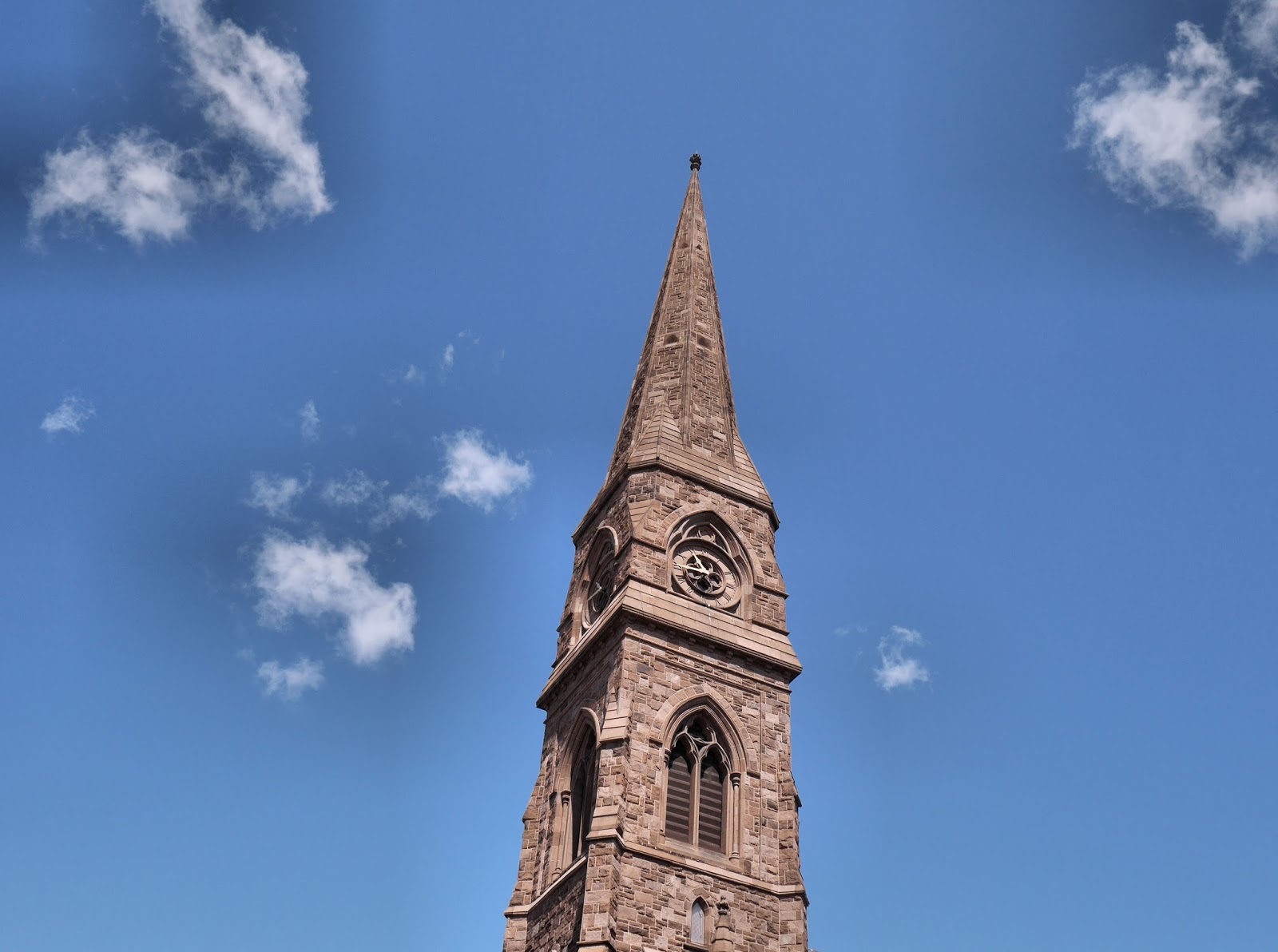 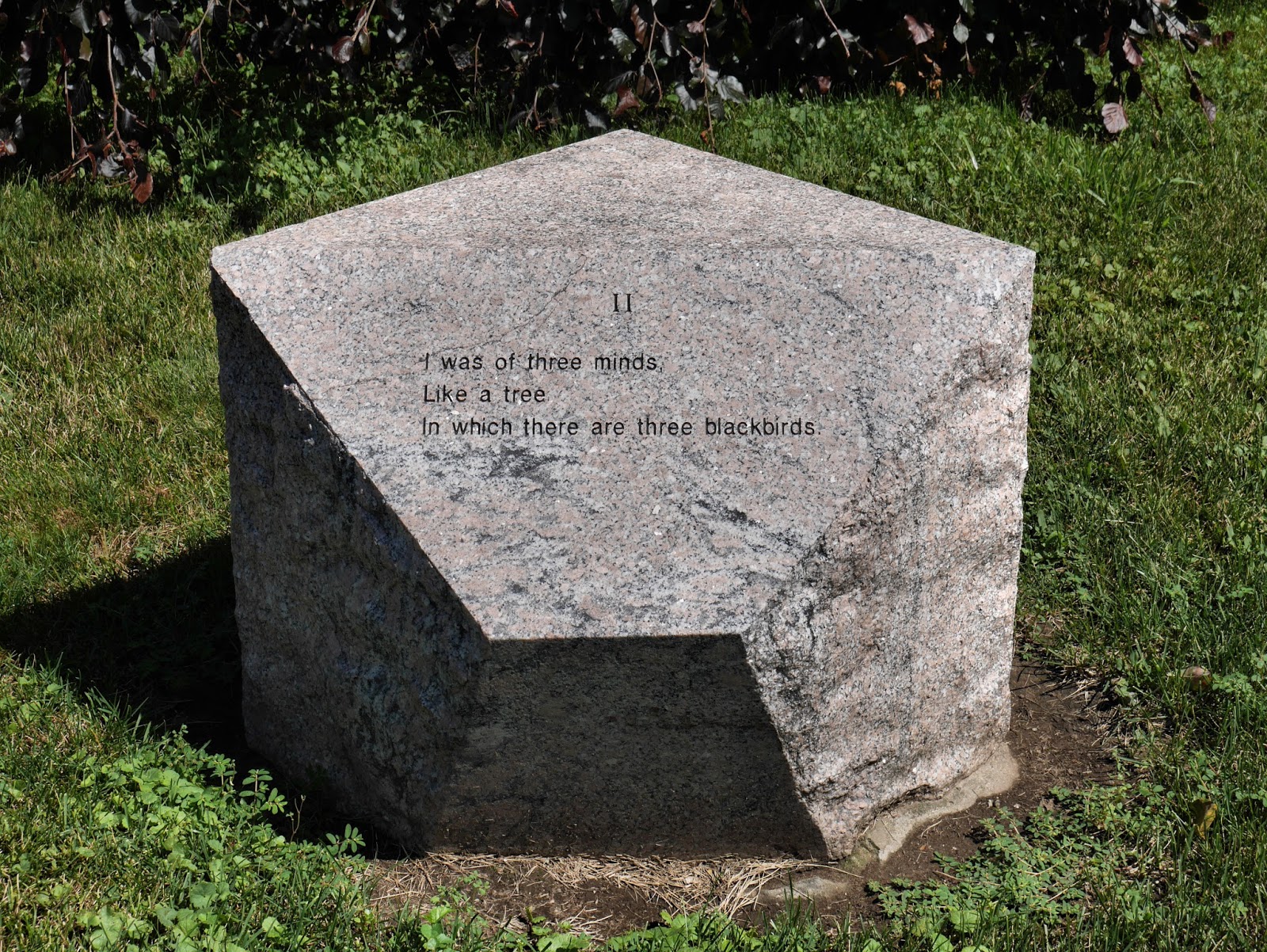 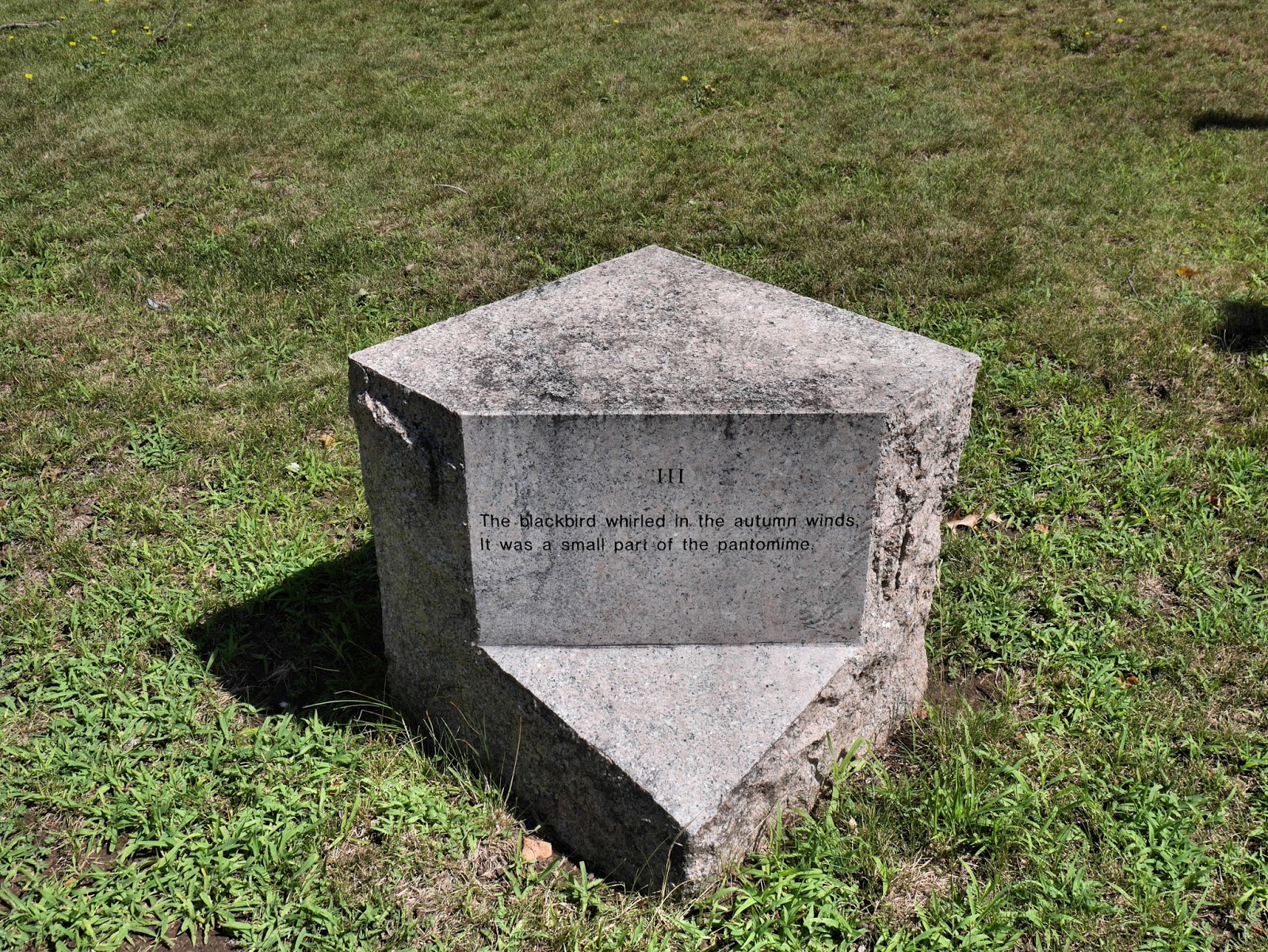 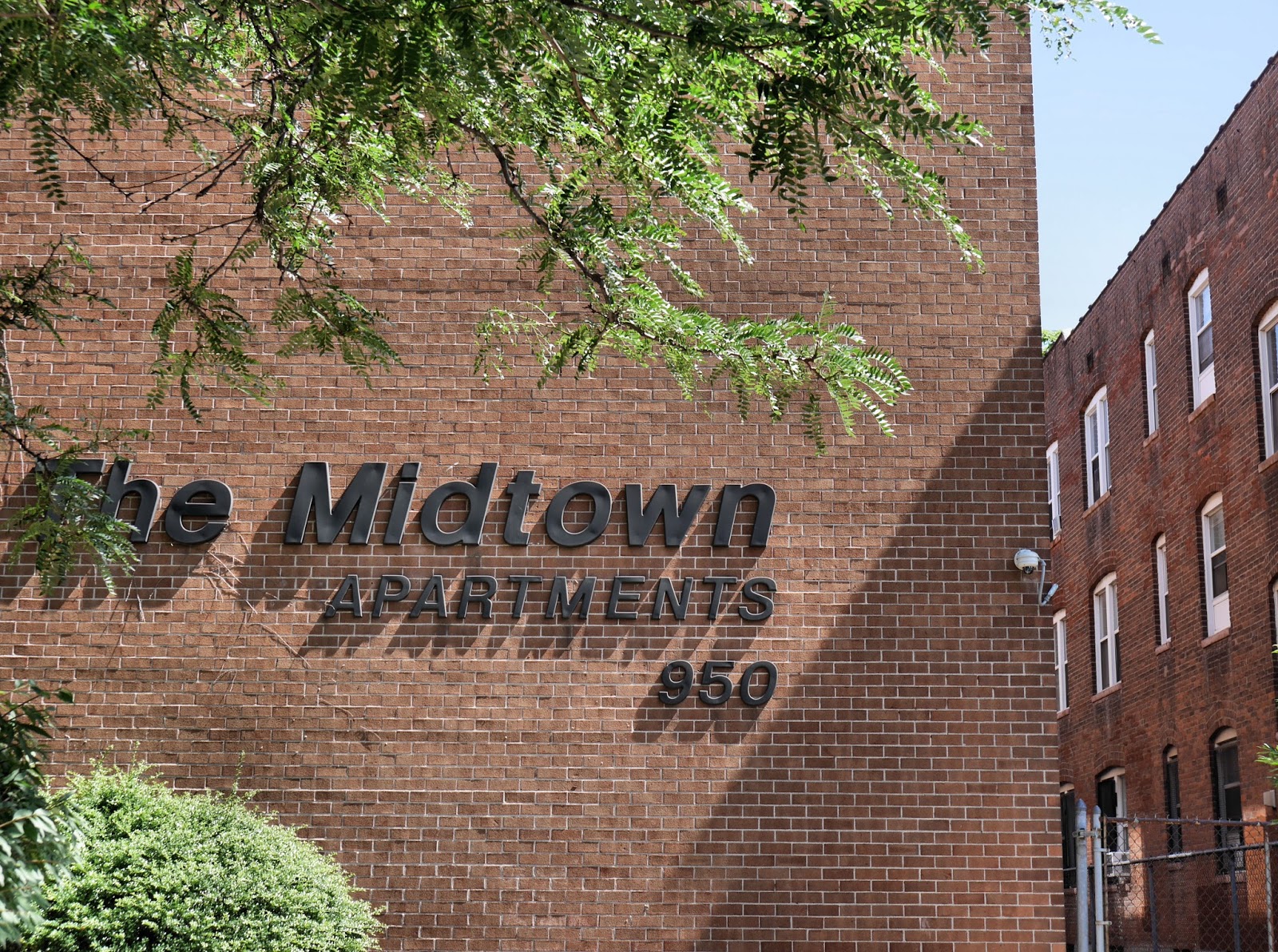 AN APARTMENT BUILDING ALONG THE ROUTE 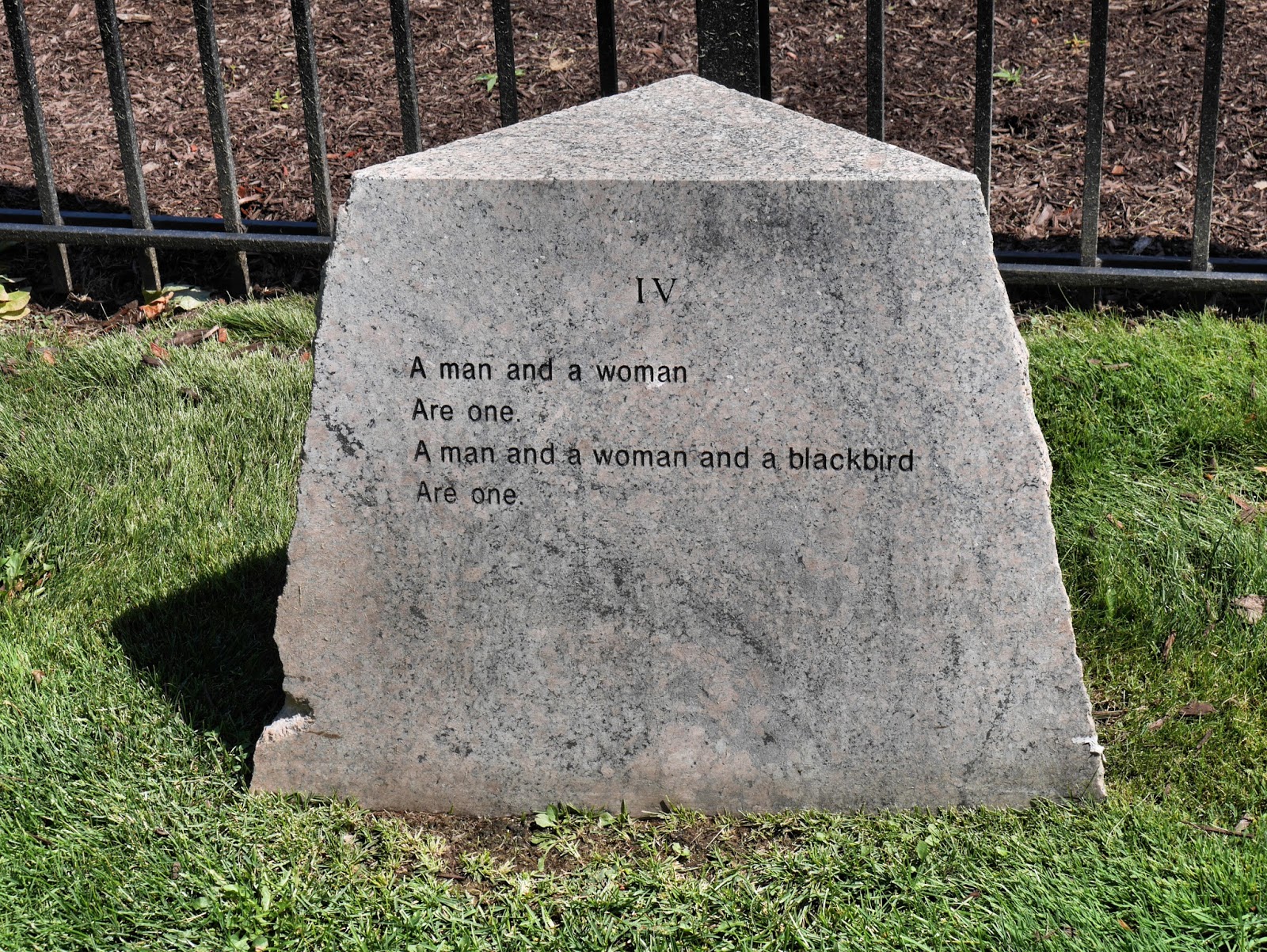 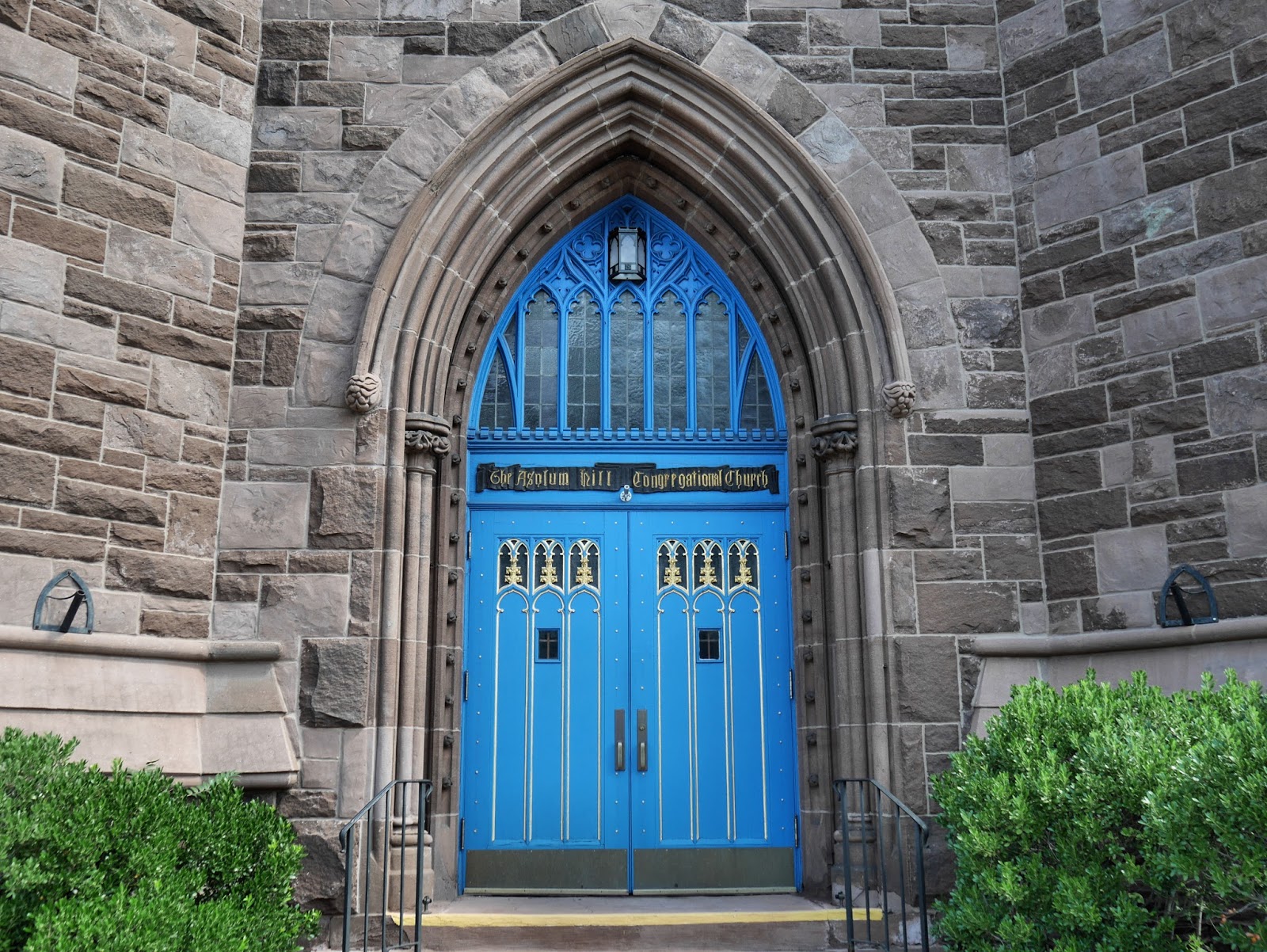 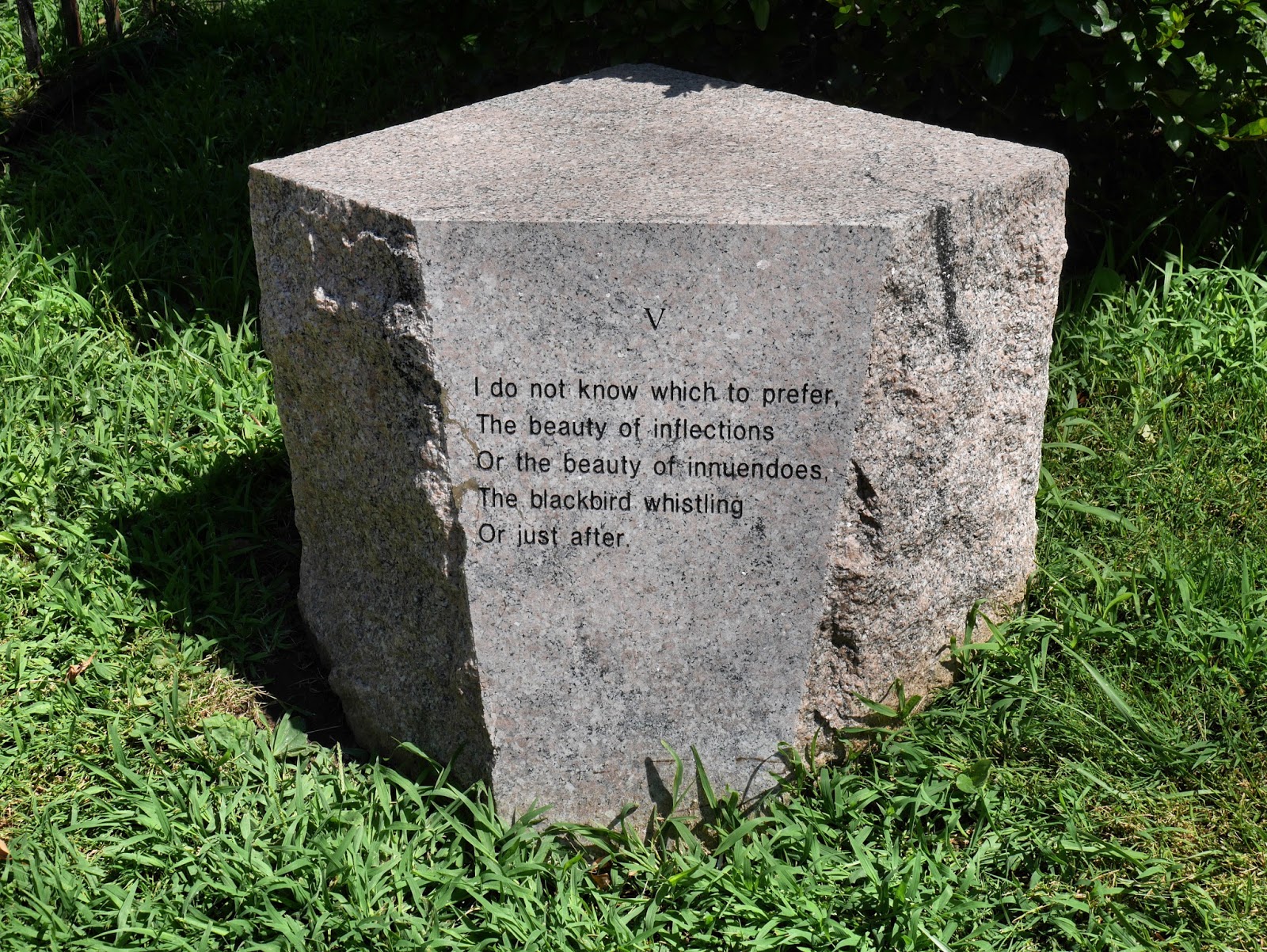 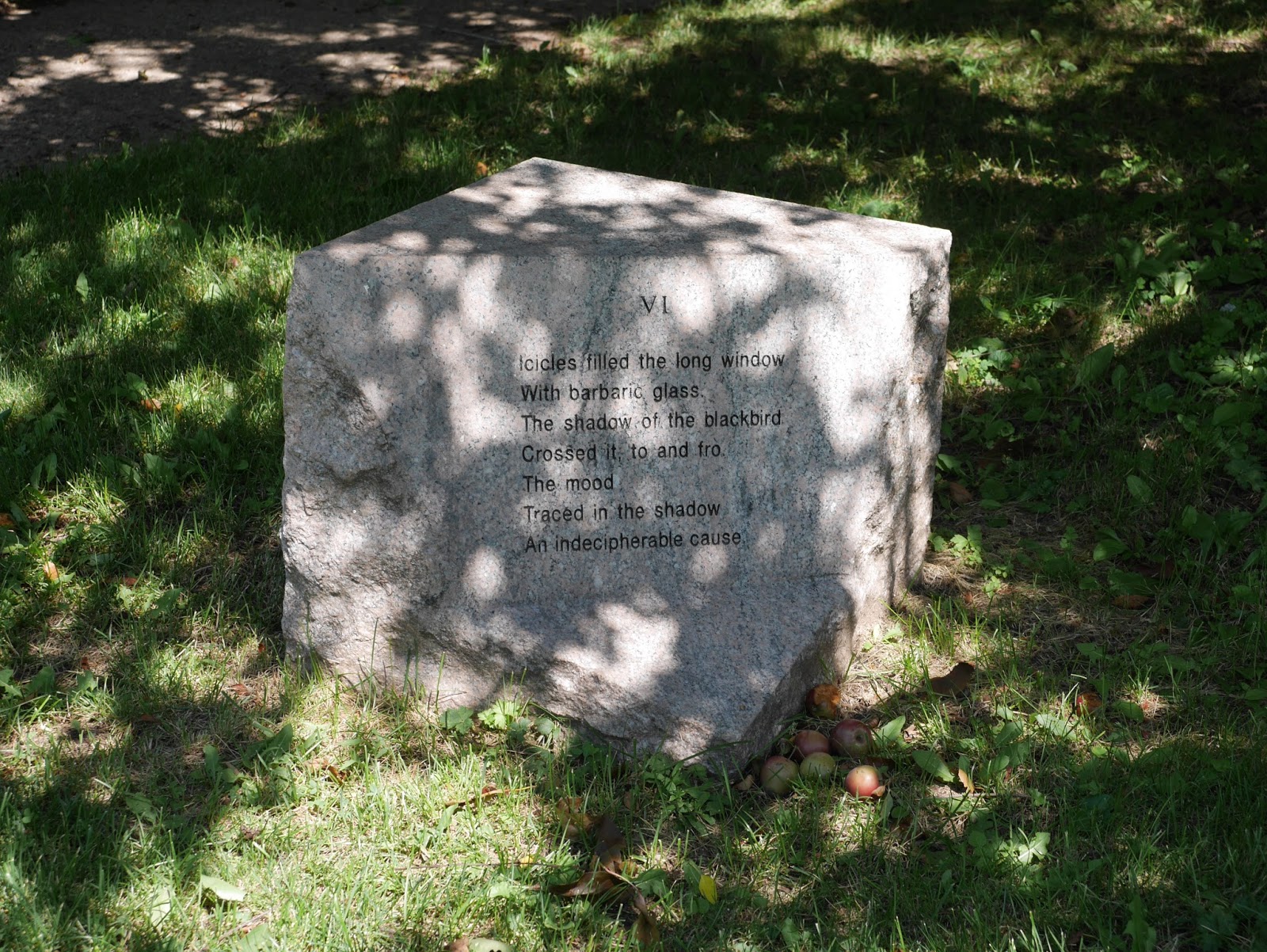 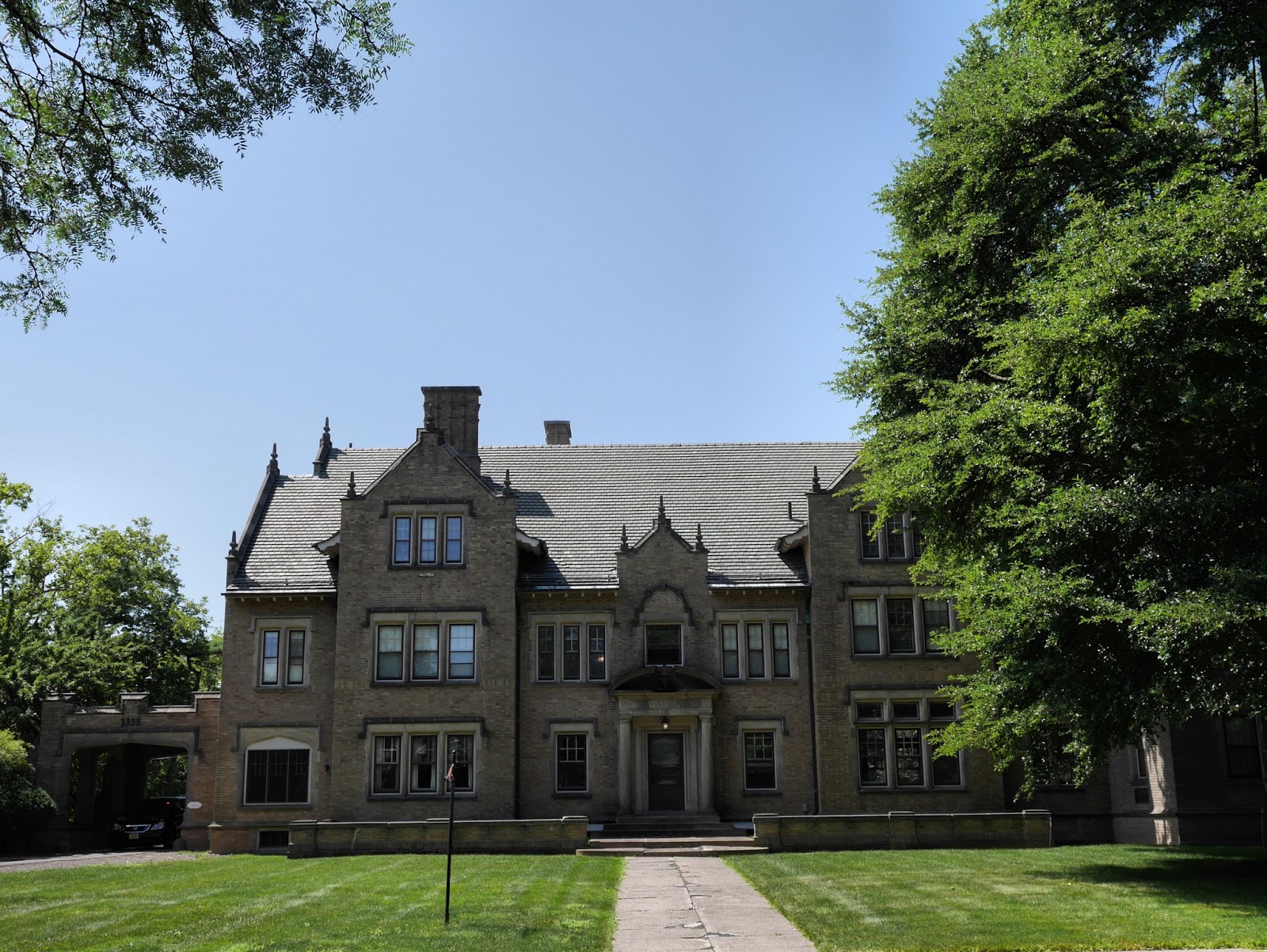 THIS 1913 MANSION HAS A GREAT STORY 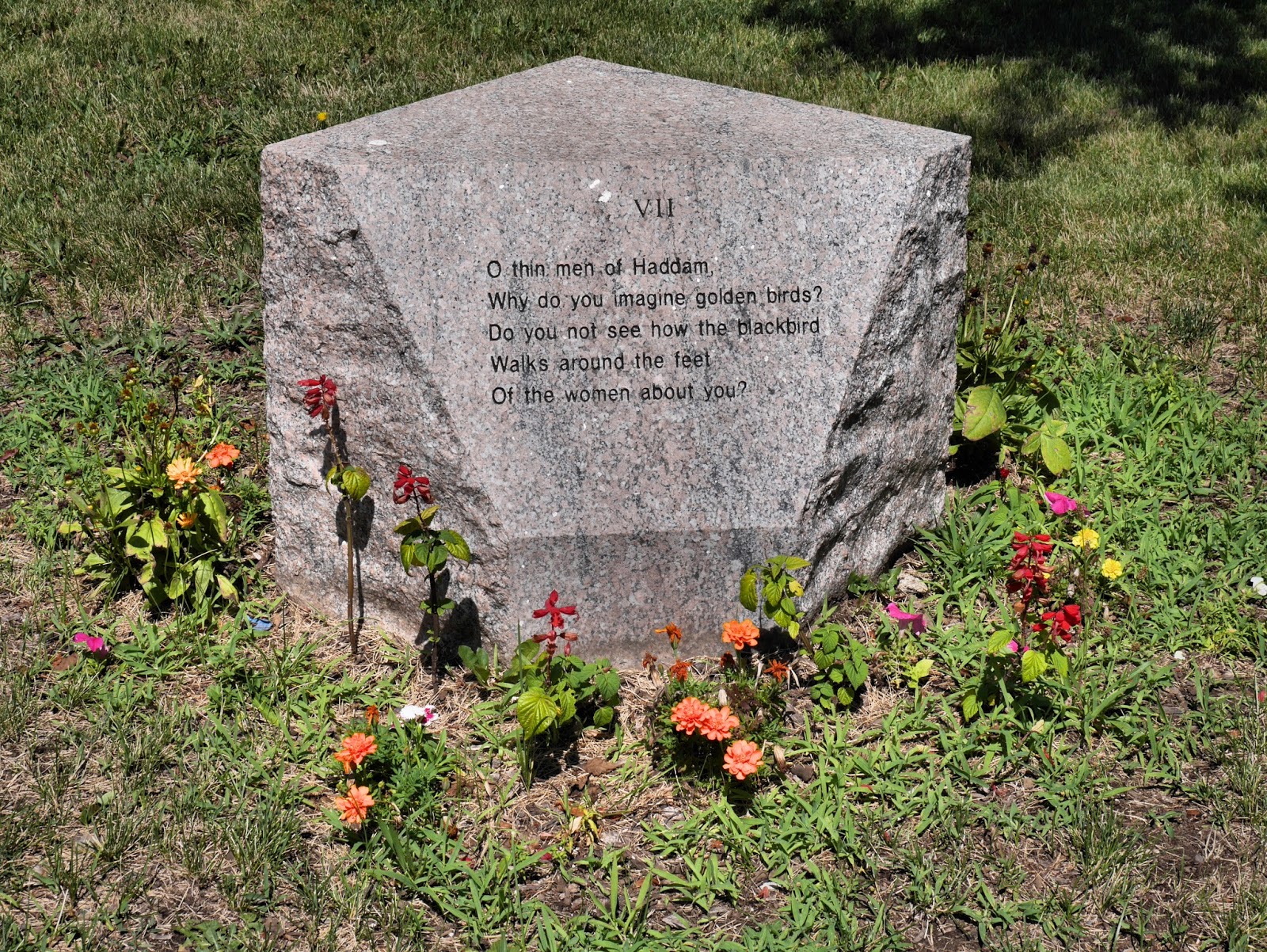 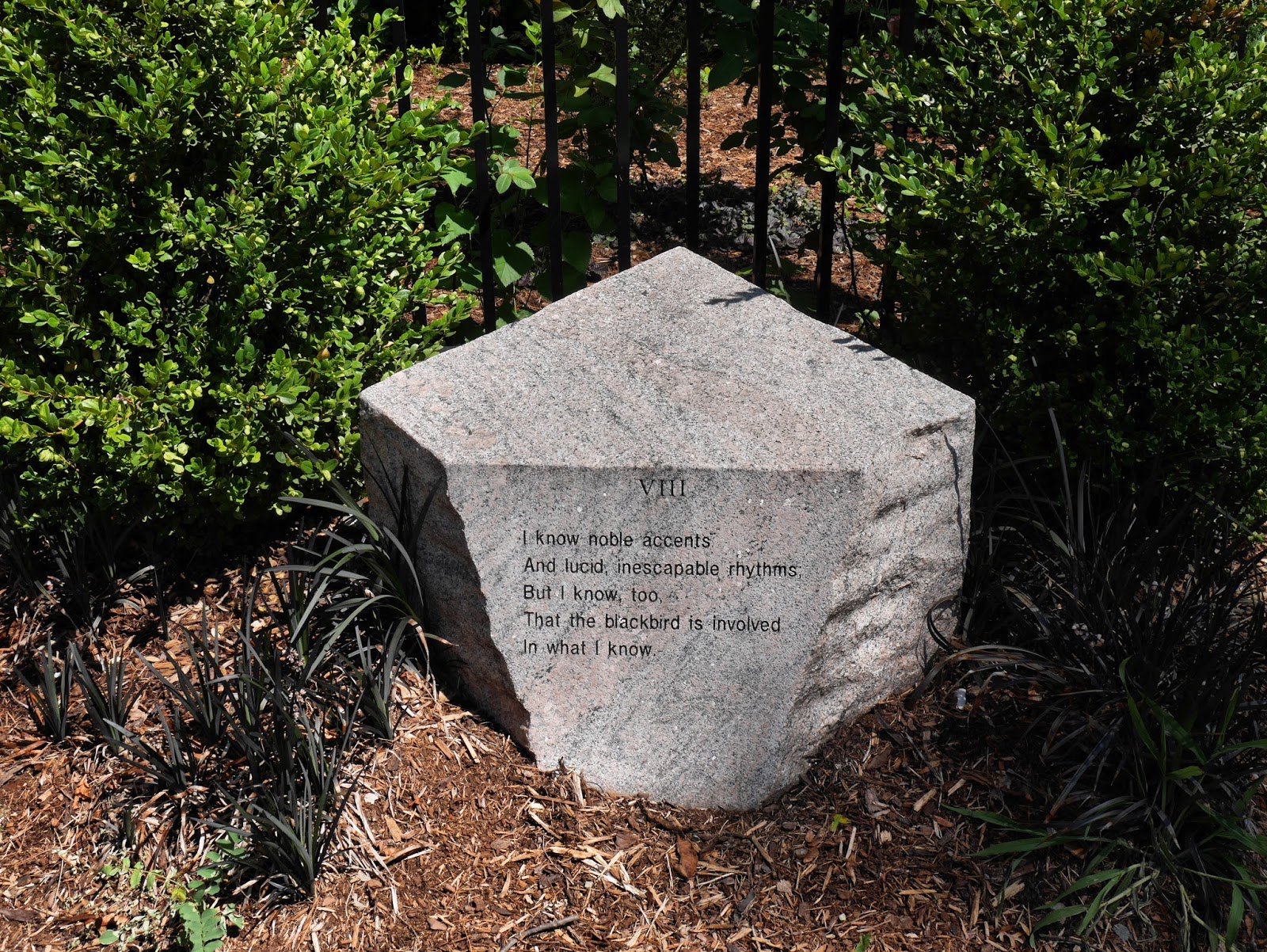 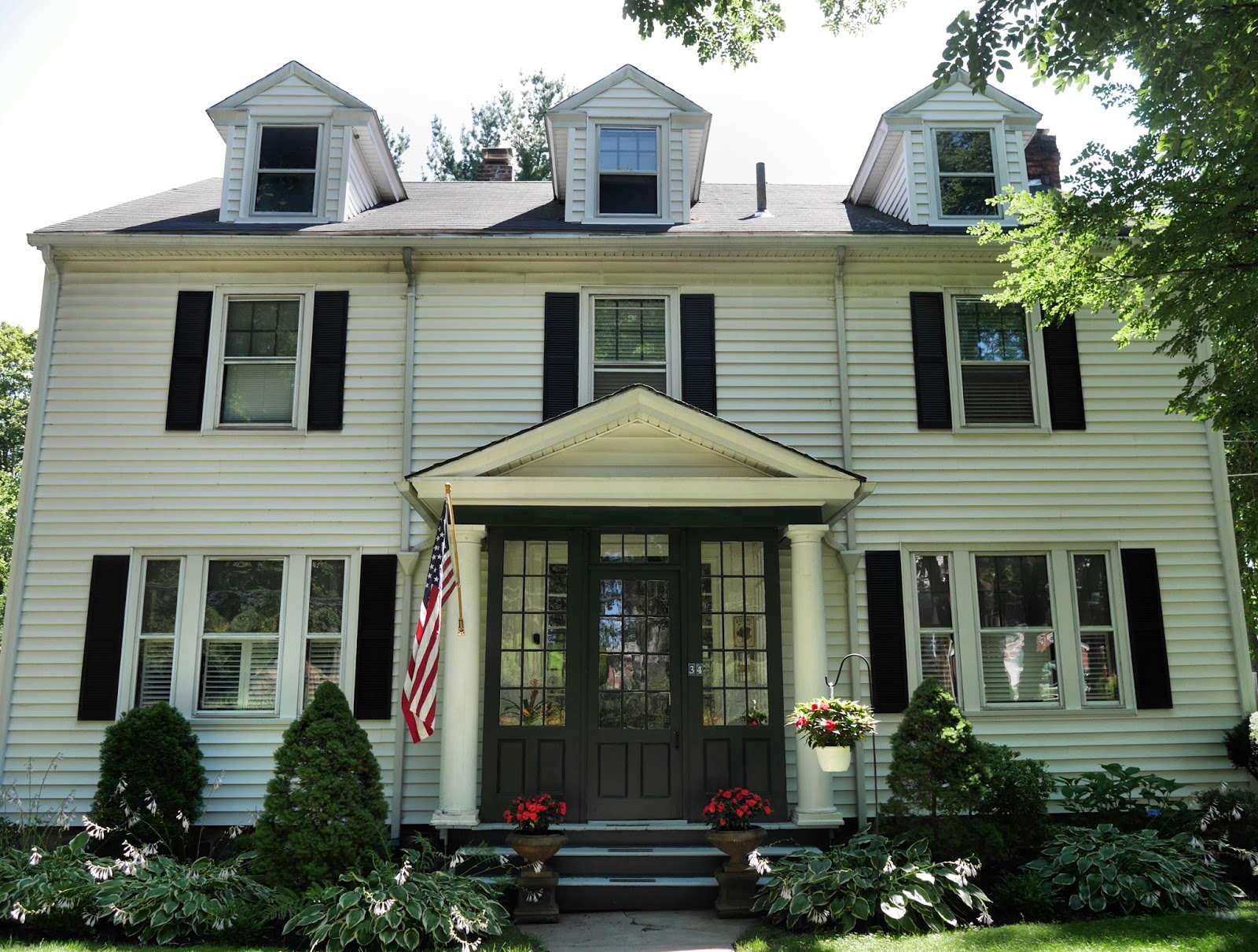 STOPPING TO ADMIRE A PRETTY HOUSE 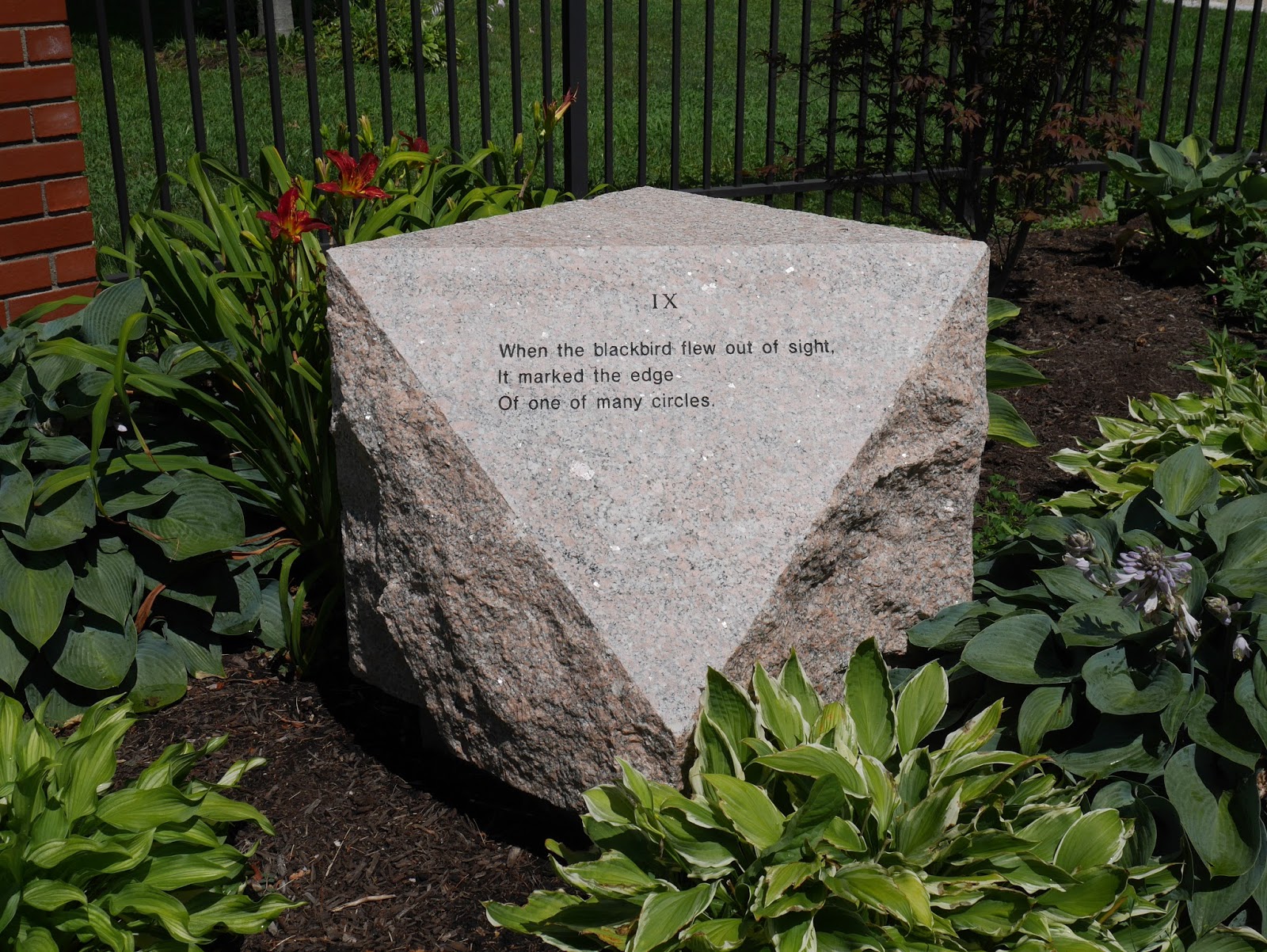 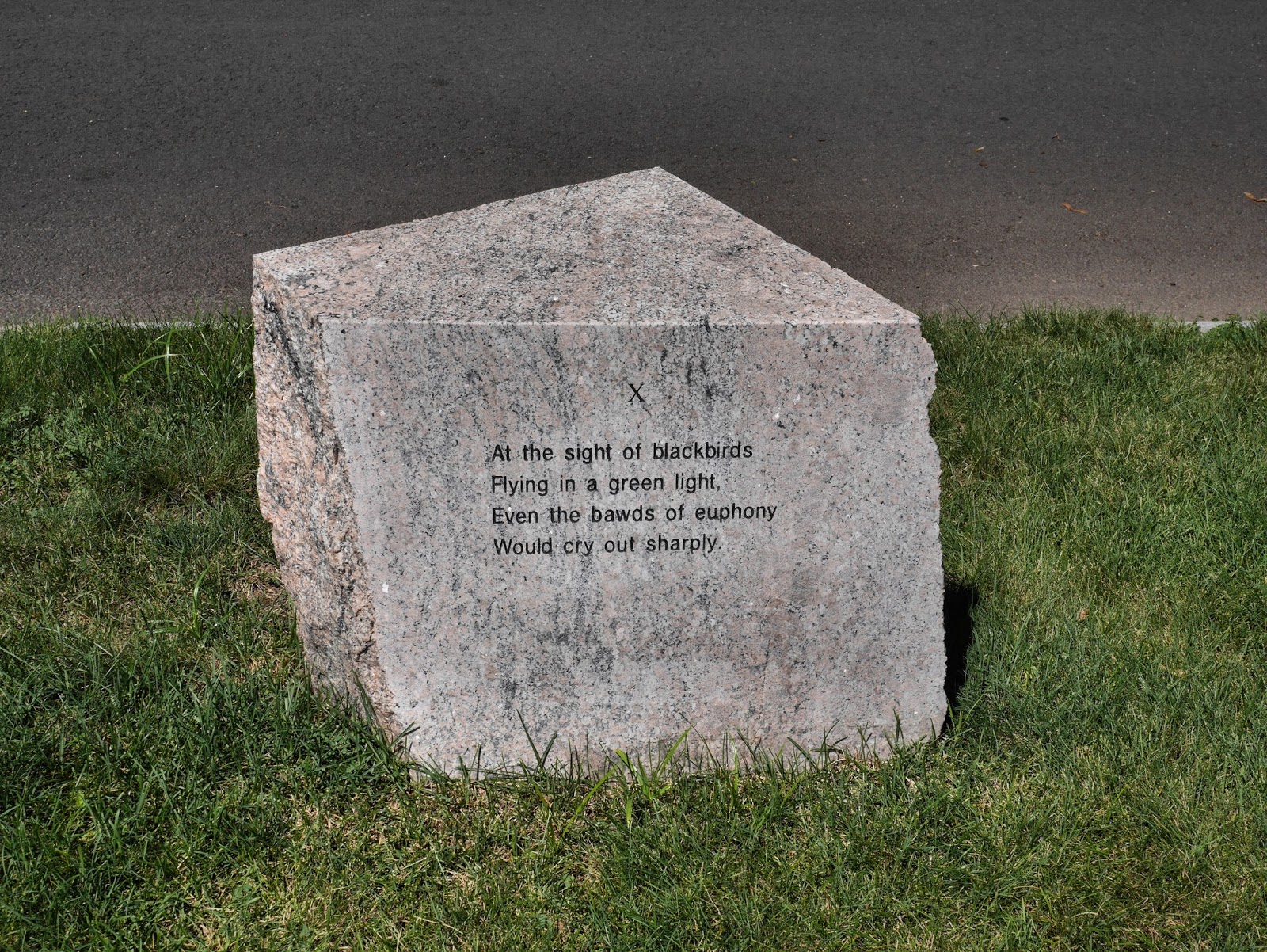 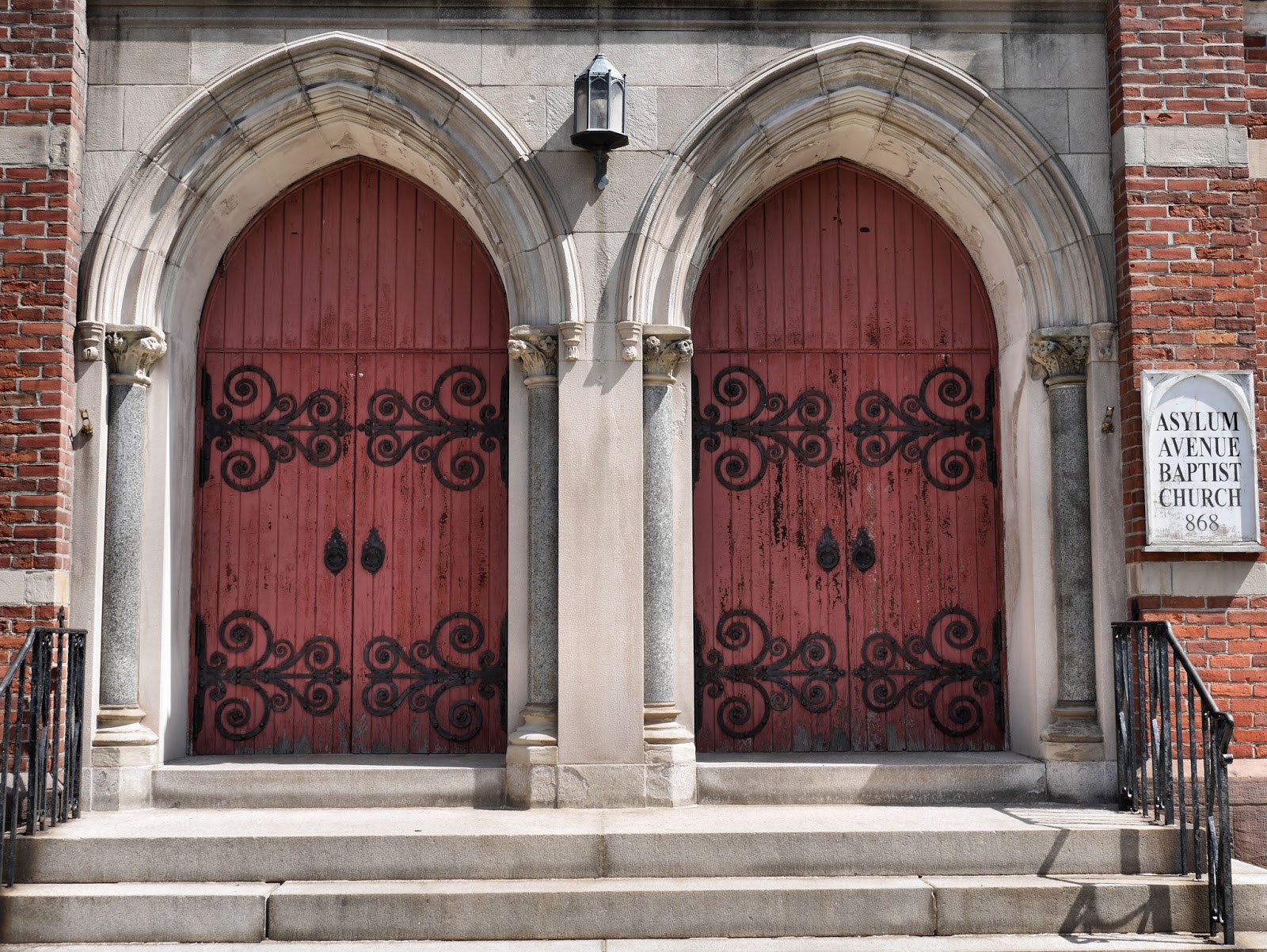 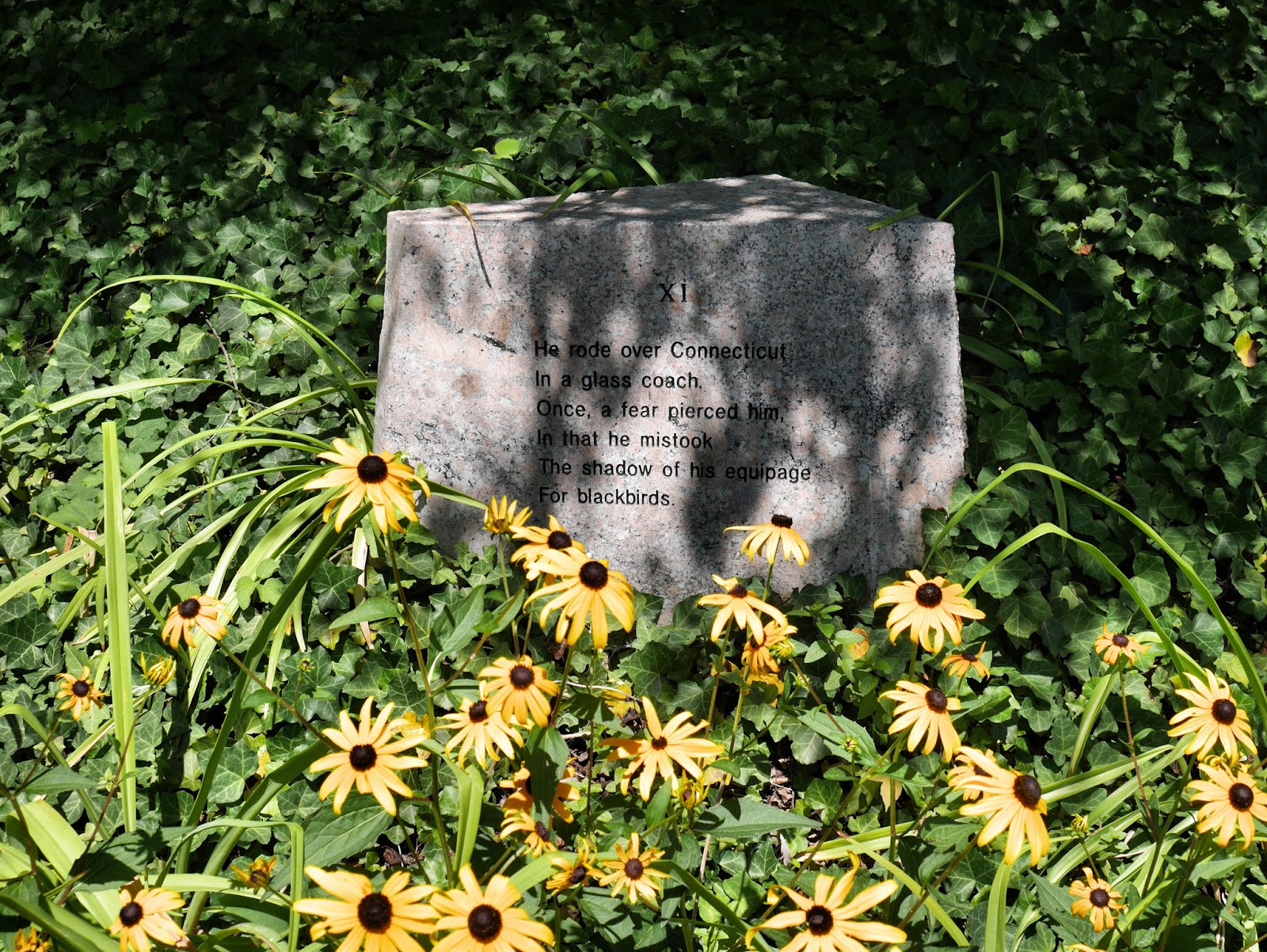 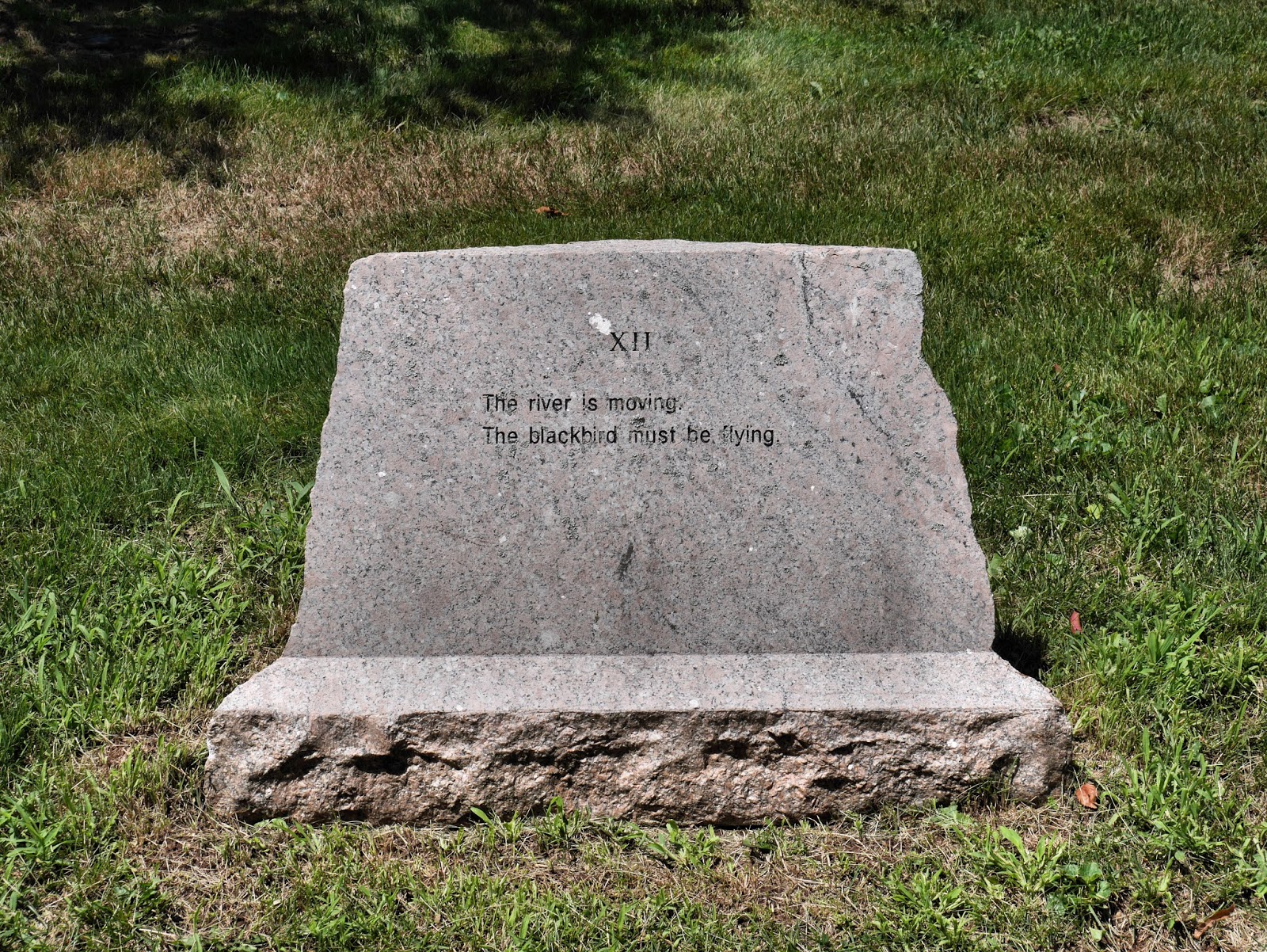 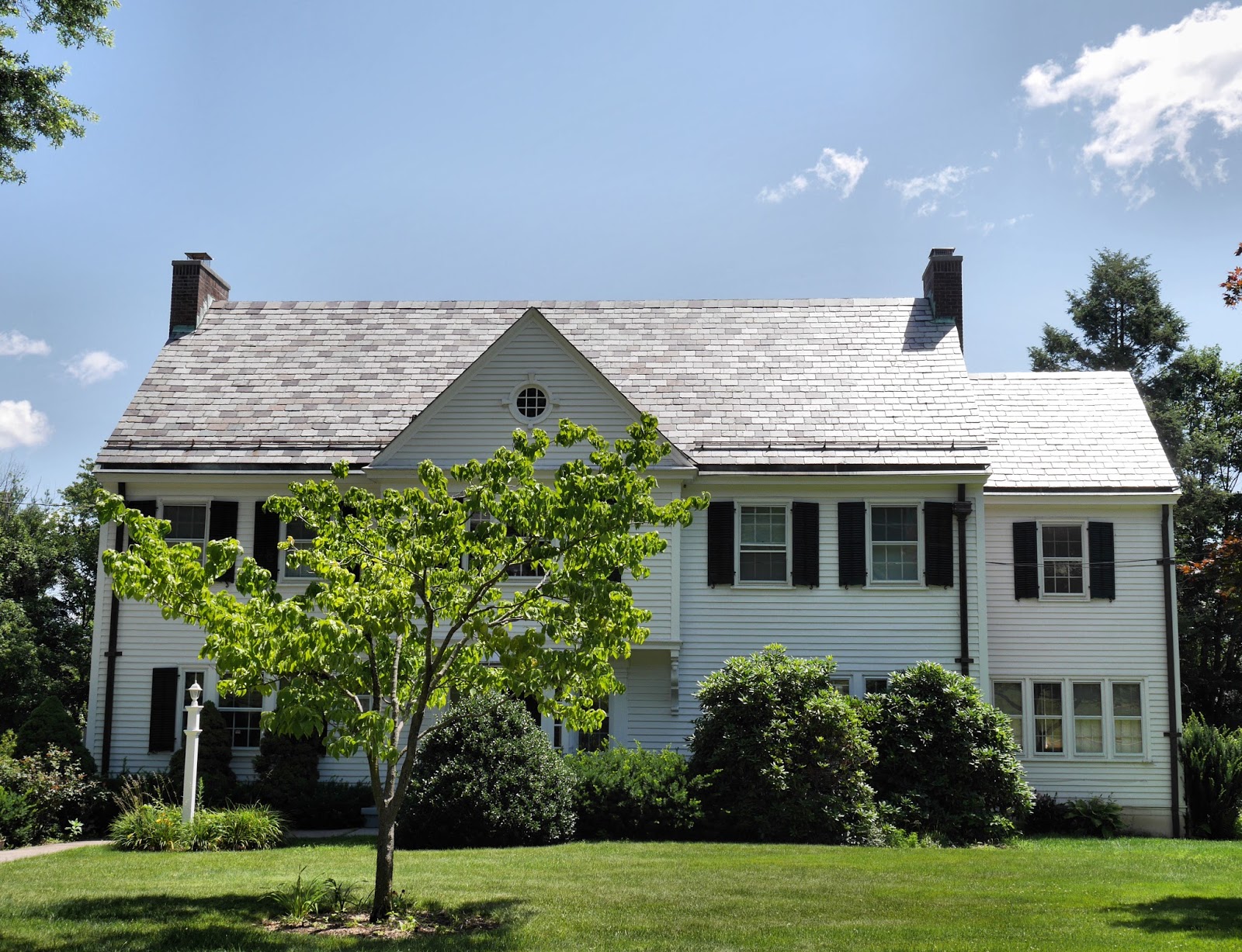 THE END OF THE COMMUTE: 118 WESTERLY TERRACE, WHERE WALLACE STEVENS LIVED 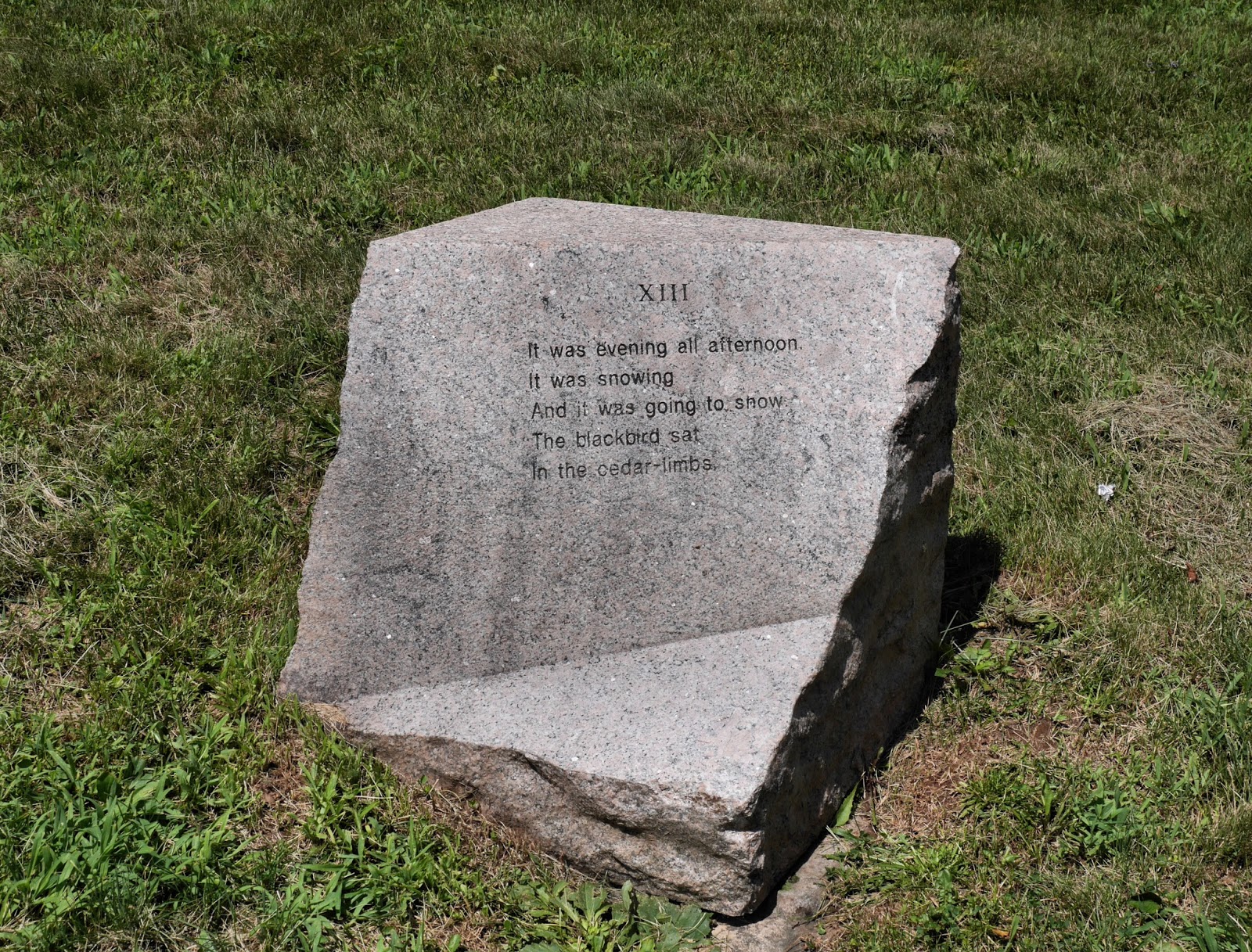