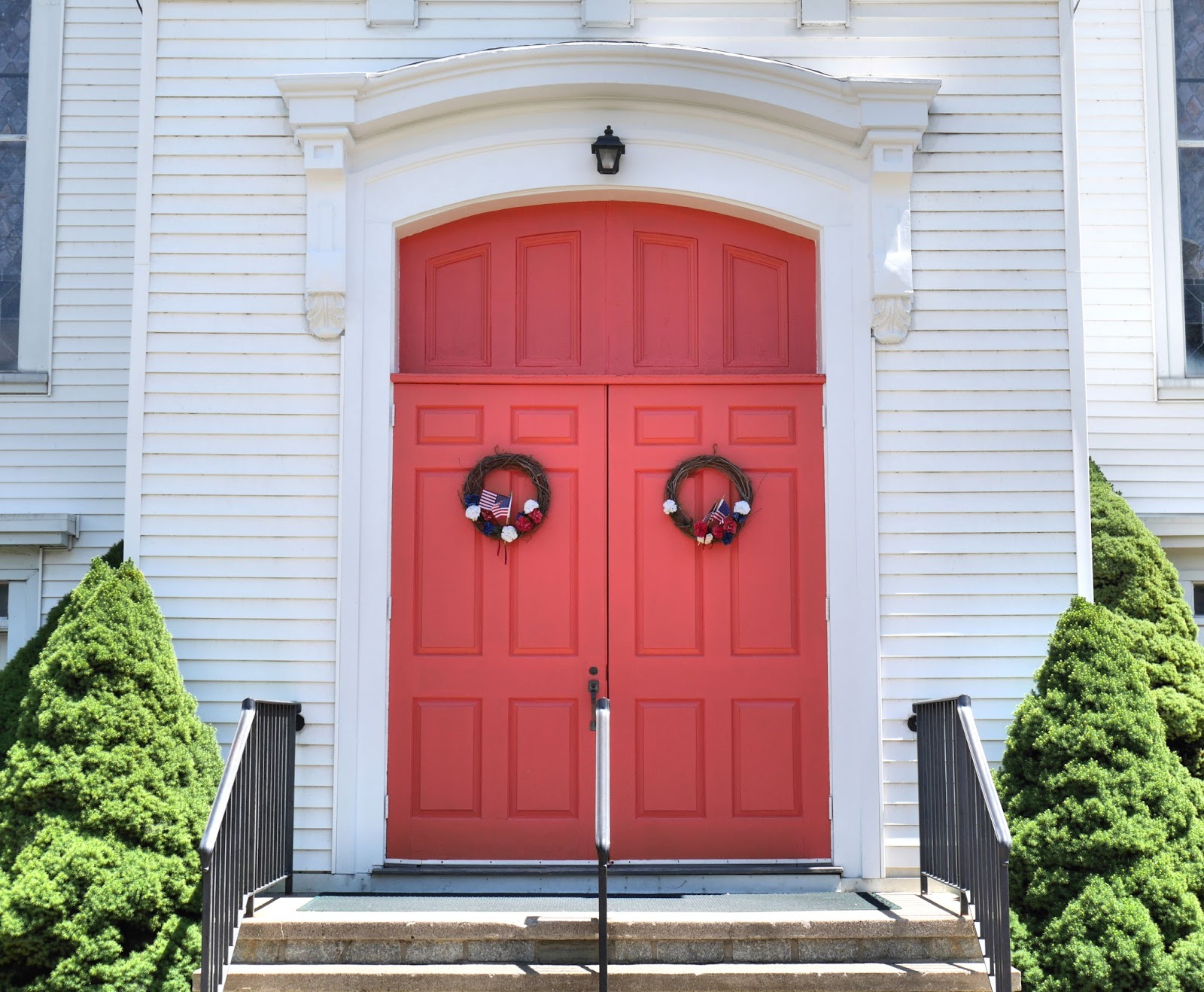 I would guess that to most people in most parts of Connecticut, the town of Clinton is synonymous with Clinton Crossing, the outlet center on Route 81. (And if the recorded welcome messages in multiple languages that you hear as you walk along the center's "sidewalks" are anything to go by, that probably holds true far beyond Connecticut as well.)

I will admit to spending an embarrassing amount of time at Clinton Crossing, but if you think - as I once did, years ago - that its stores are the only reason to visit this shoreline town, you are mistaken. 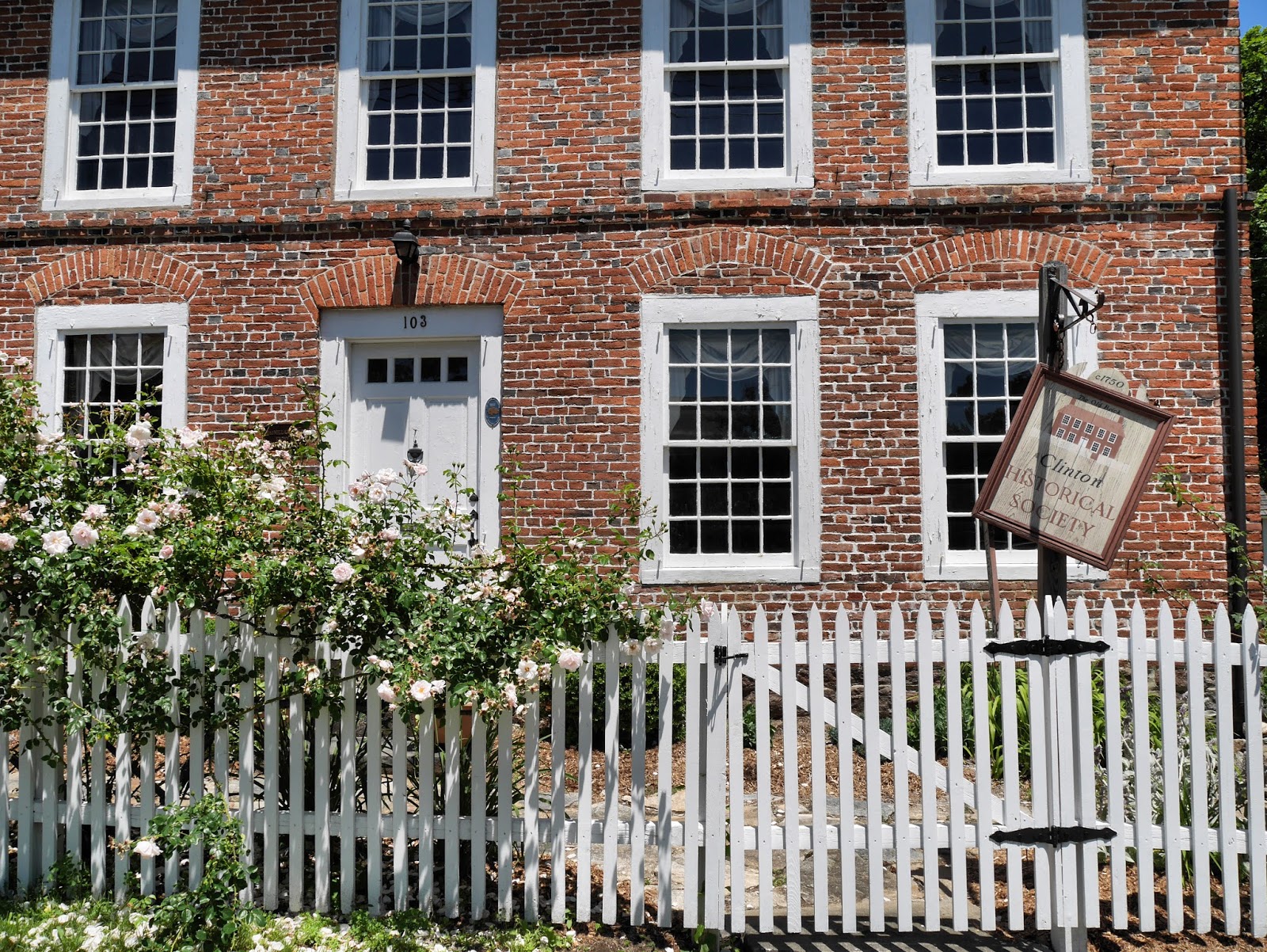 Take a walk down Clinton's Main Street (East and West Main meet above the Indian River, which winds its way past the town's beach and into Long Island Sound.) You'll see the Elisha White House, a.k.a. Old Brick, built in 1750 and now used by the Clinton Historical Society. Witch hazel, used "by early settlers for medicinal purposes" and "by Unilever/Ponds, a corporation that dominated manufacturing in Clinton for decades," grows in the garden in the back. 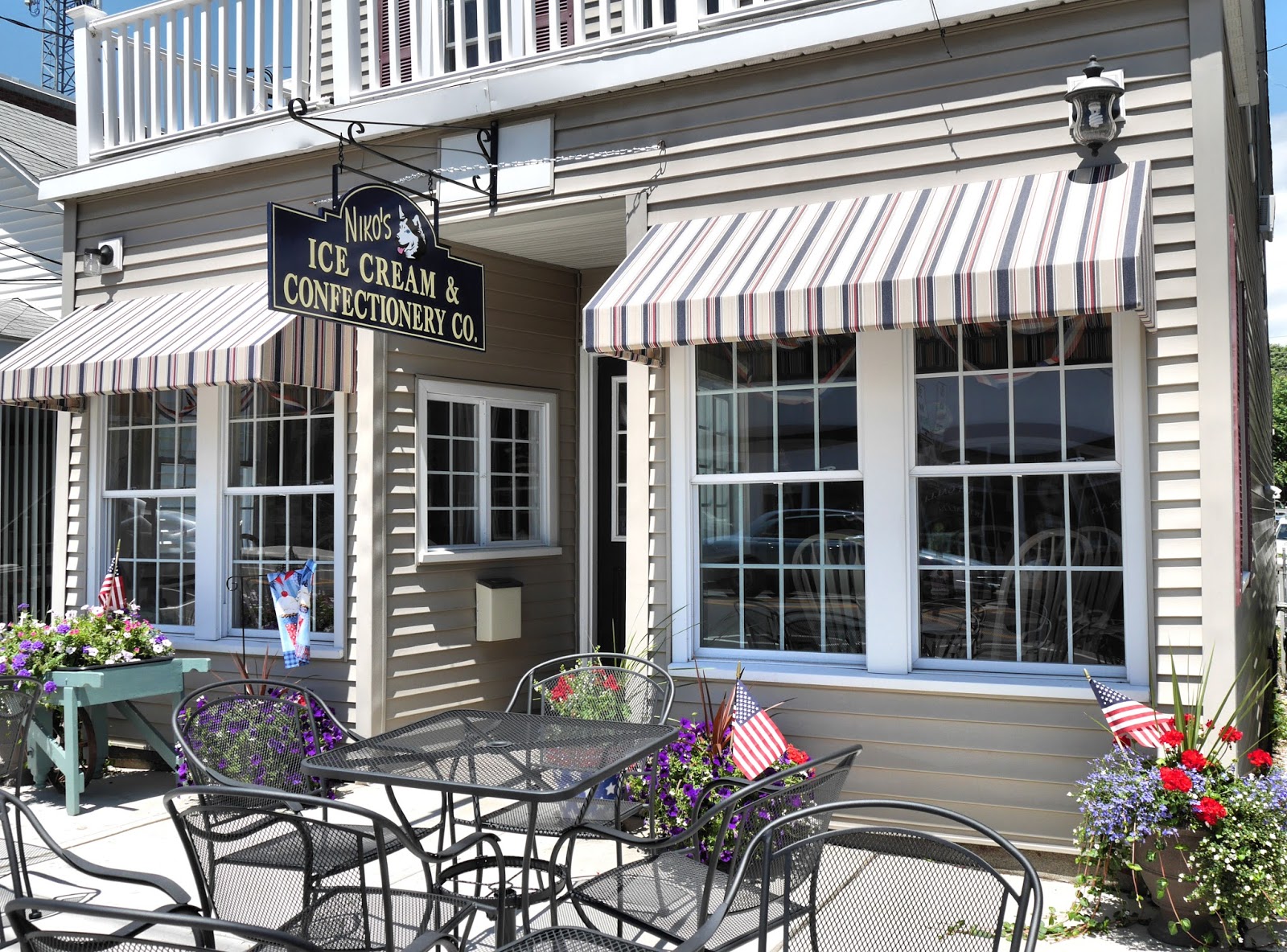 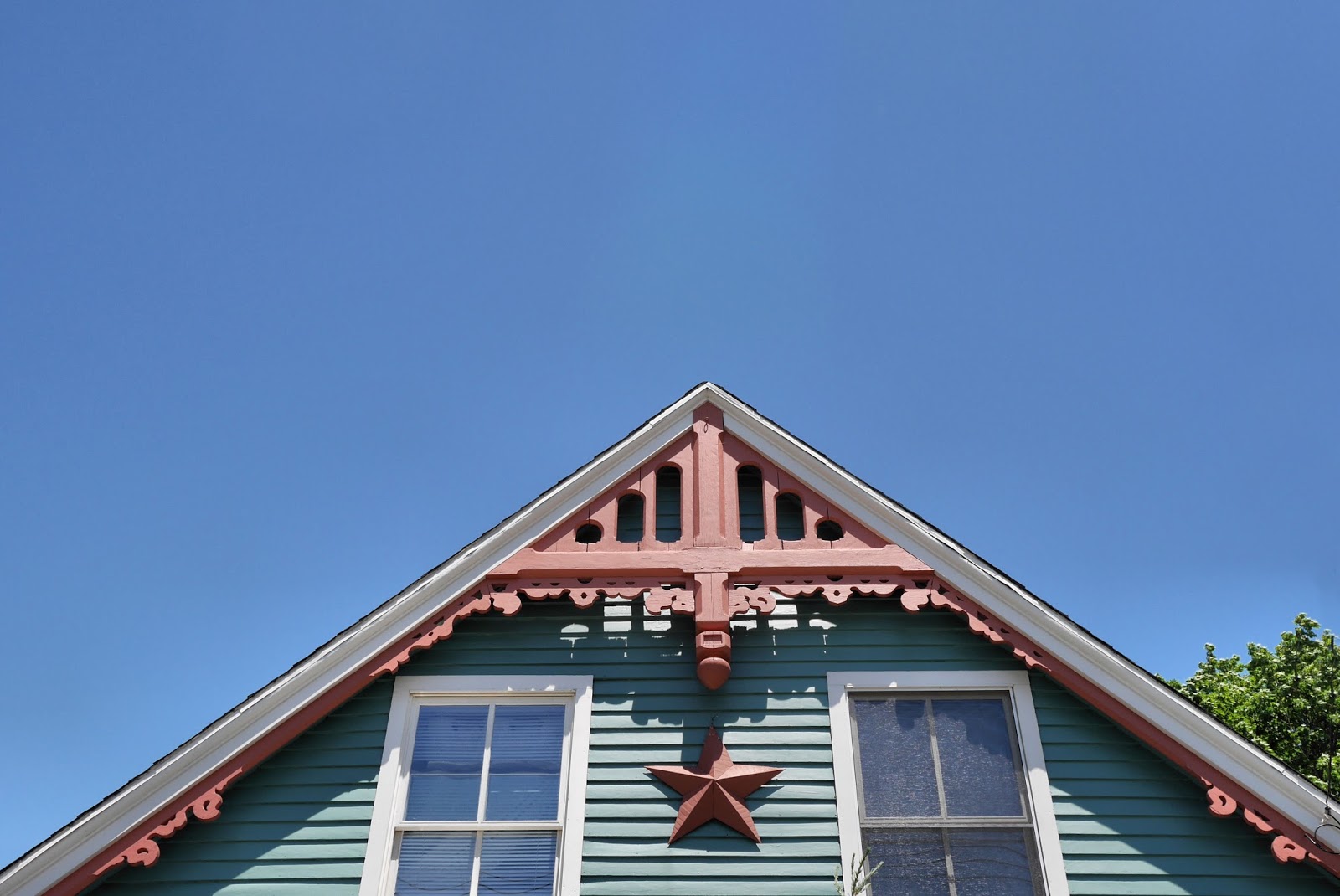 One thing I always notice every time I'm in Clinton is how much history and eccentricity remains. Some other towns might have demolished this little house and replaced it with a drab brick rectangle of an office building by now, but here it still stands proudly. 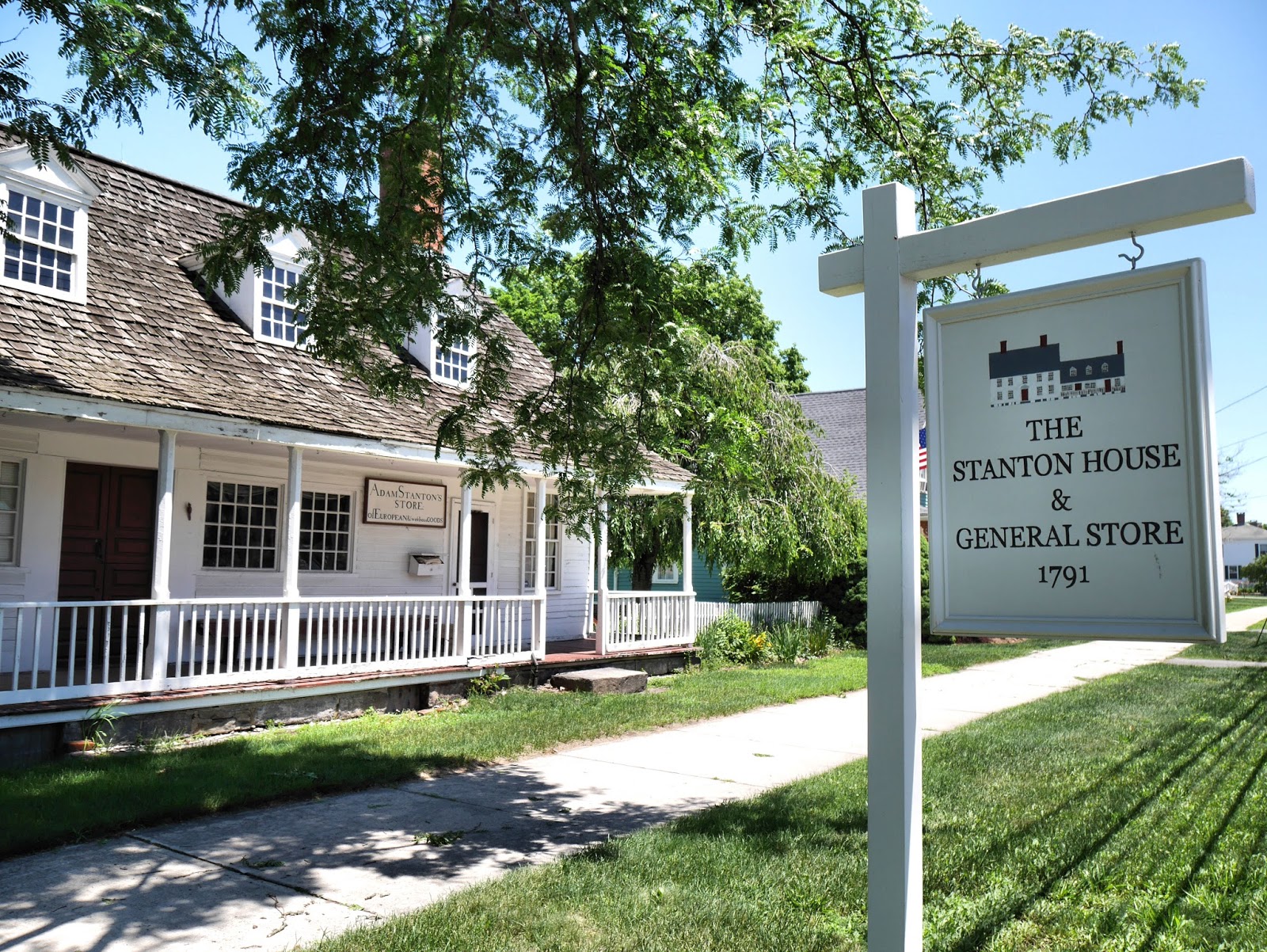 .The 1791 Adam Stanton House was built "by a wealthy, striving merchant-businessman." 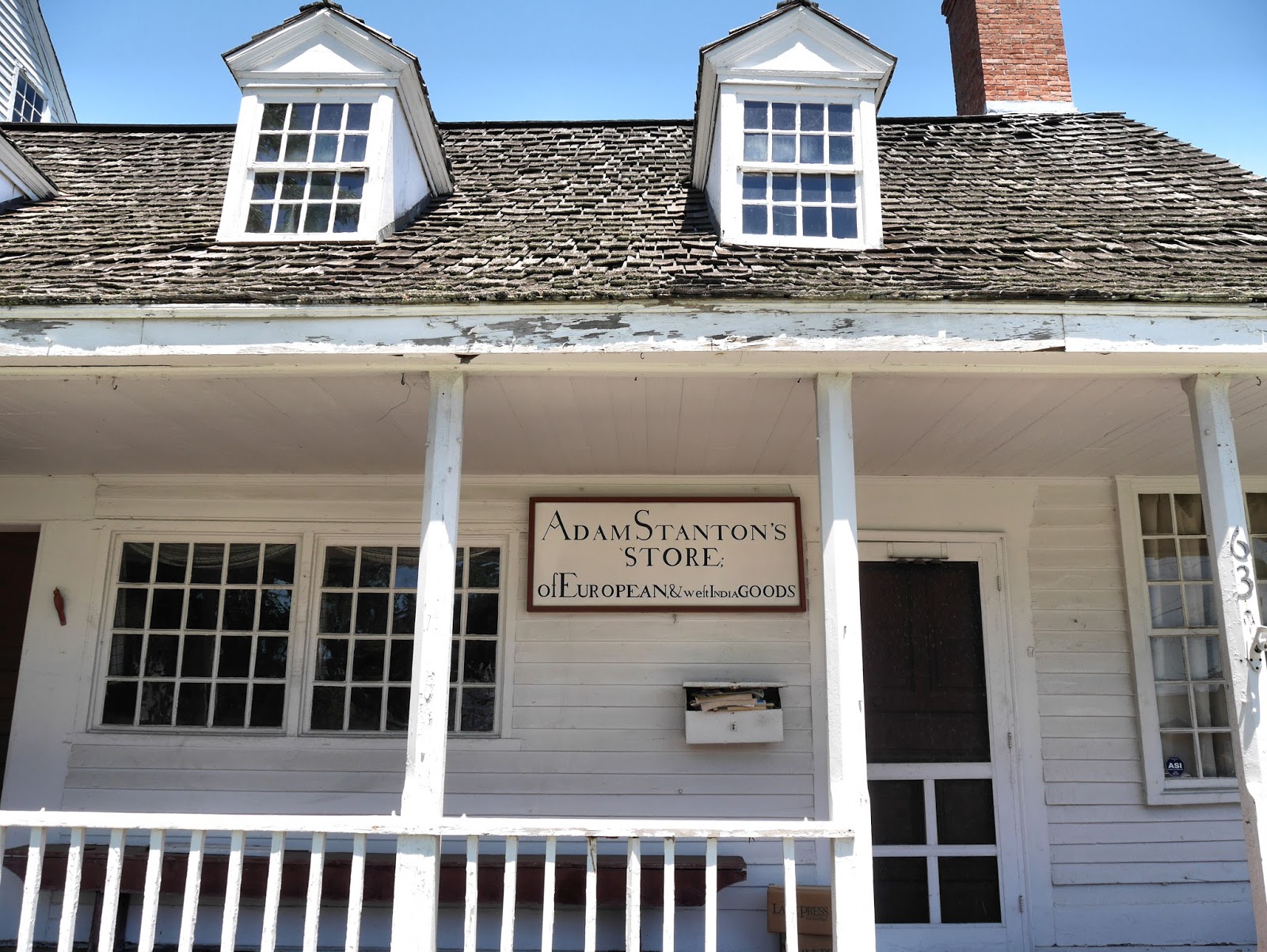 The store sold "a wide array of dry goods from baskets to salt to tools and tea." 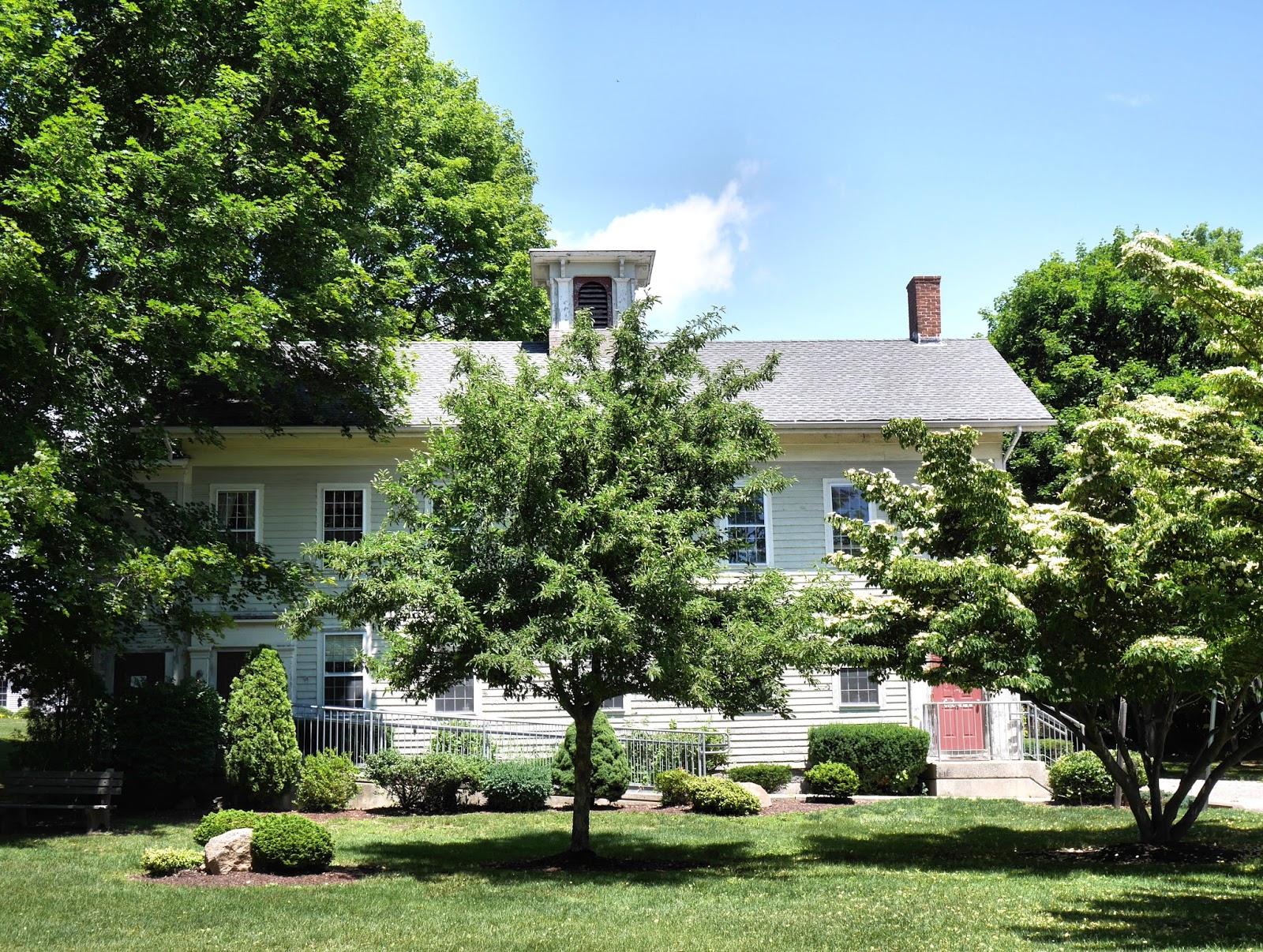 The Academy was founded in 1801 as, essentially, a prep school. 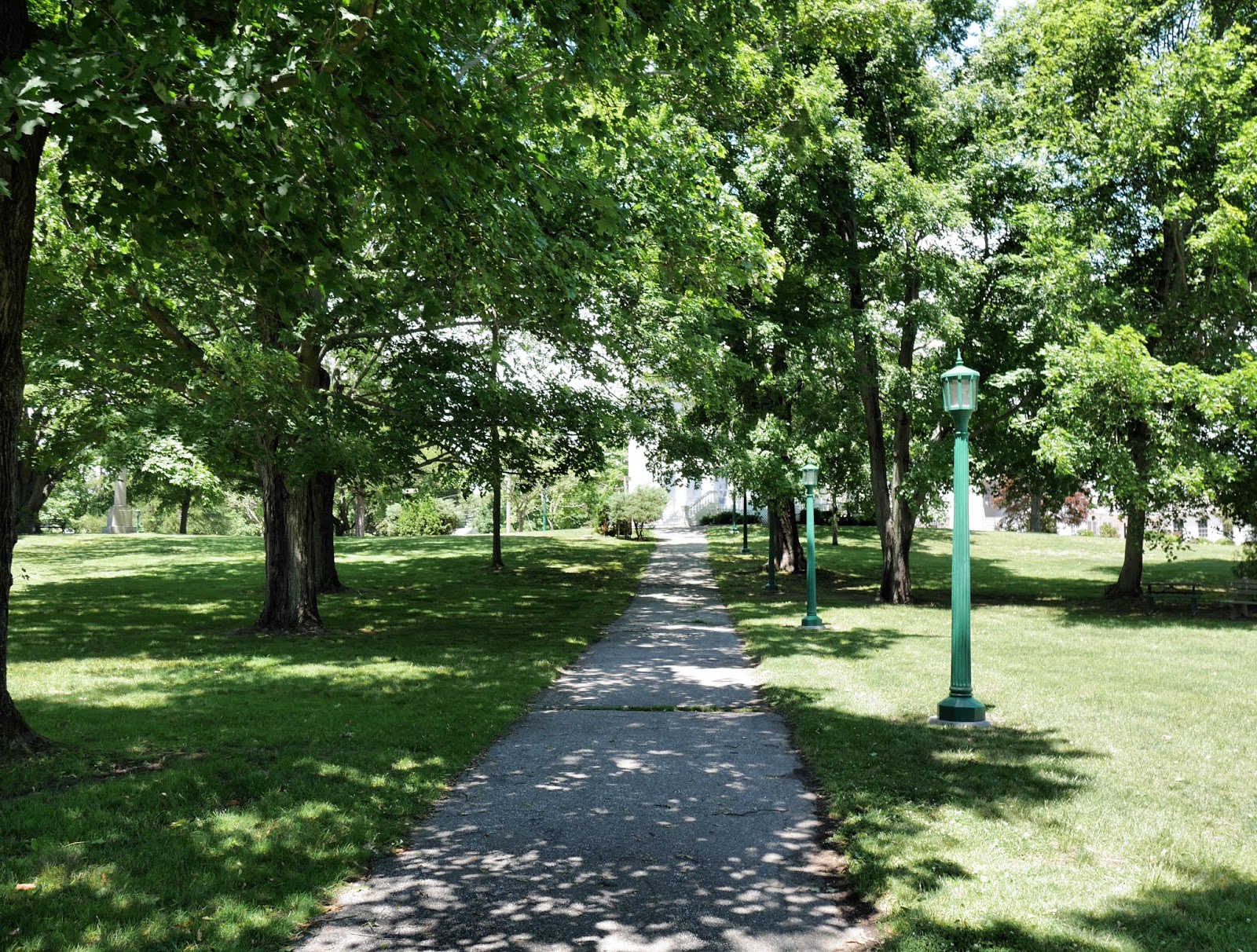 Higher education was big around here long before that, though; the Reverend Abraham Pierson, who was minister of the Congregational Church in Clinton beginning in 1694 (back when Clinton was still part of Killingworth) attended Harvard and helped found the school which would later become Yale. 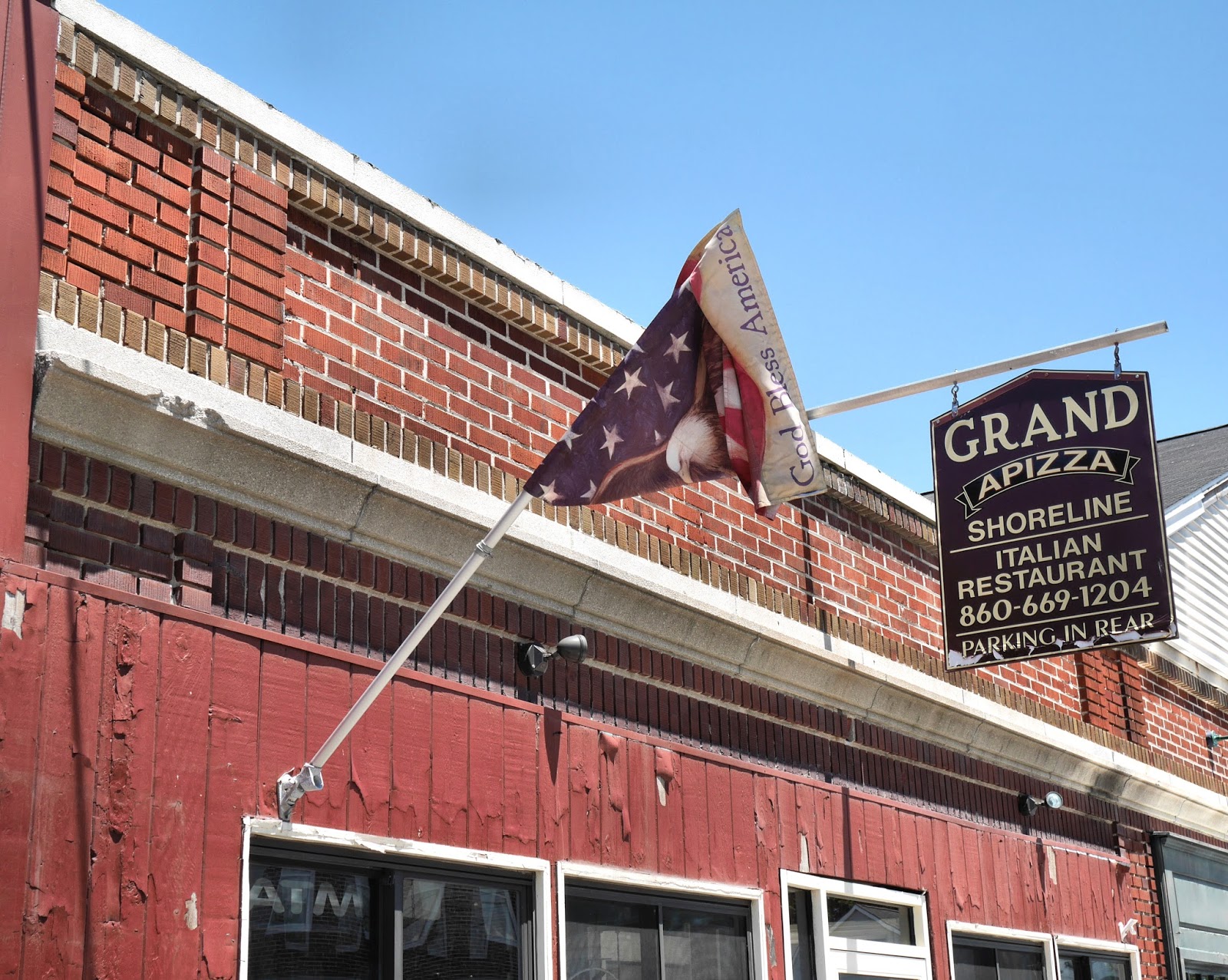 (Speaking of New Haven - did I mention pizza?) 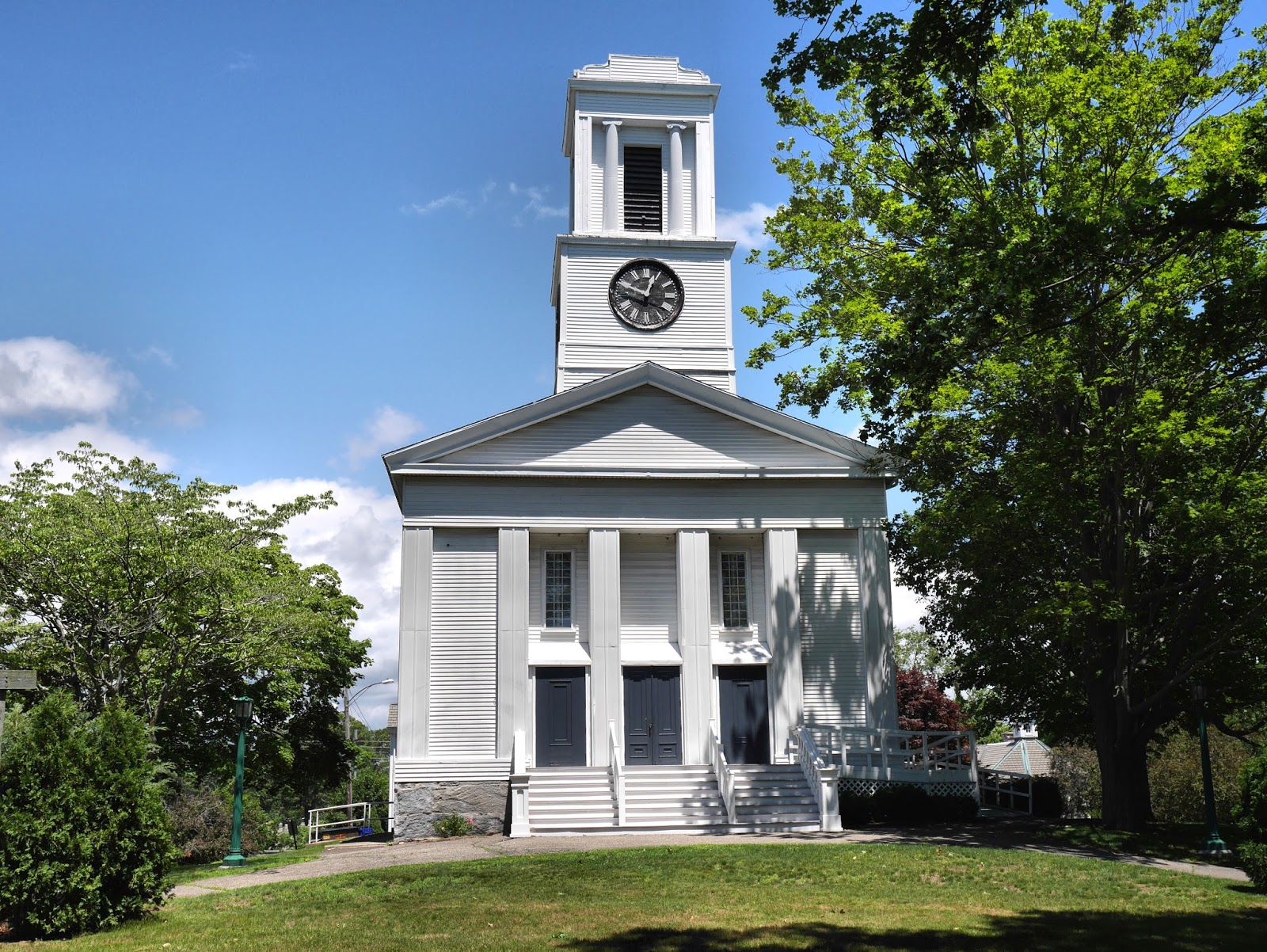 The current Congregational Church building, almost obscured by summer trees and standing high up on a hill, was built in 1837. 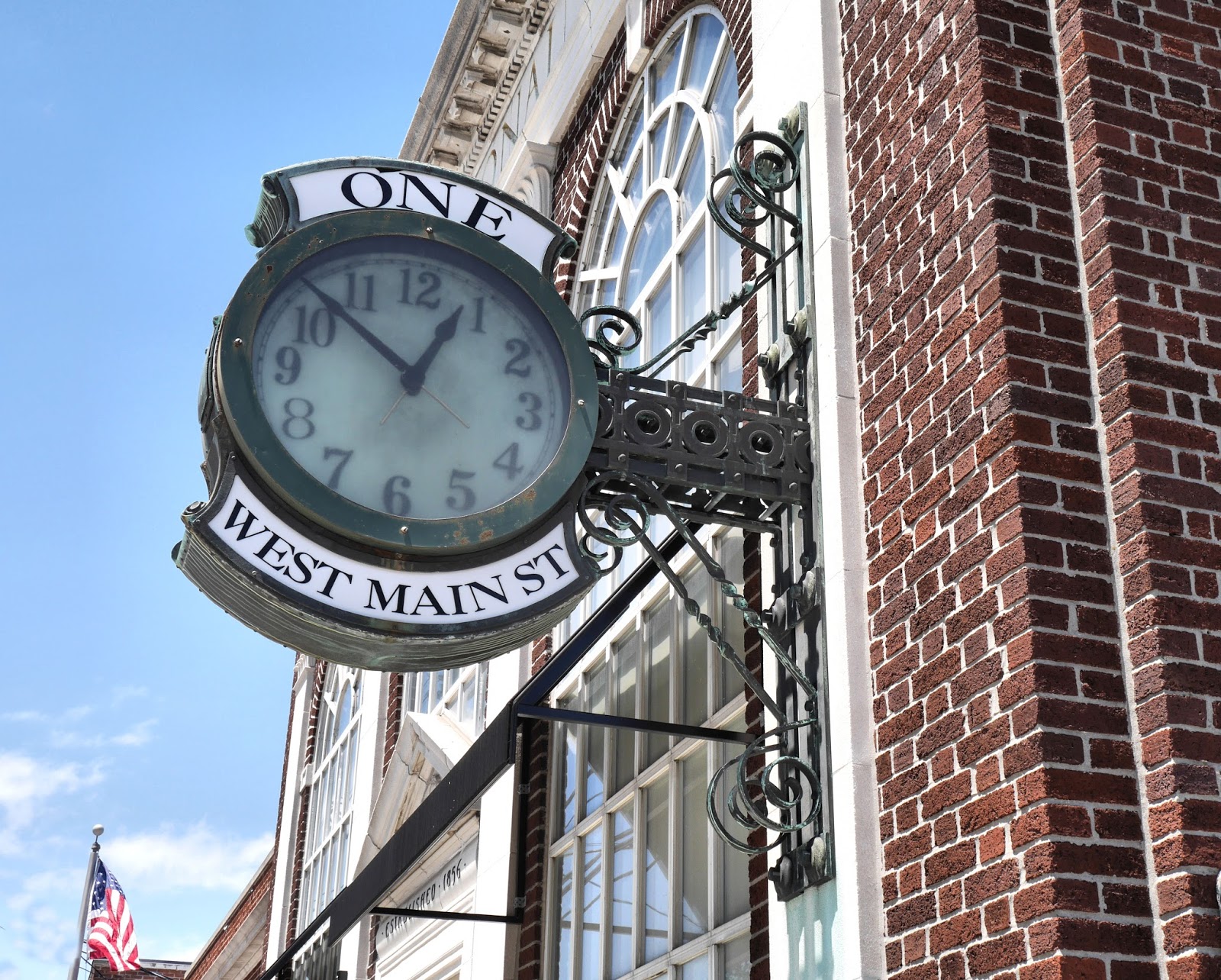 Everywhere you look in the center of Clinton, you'll spot some little plaque or monument. On a recent walk through town I noticed for the first time a little waterside gazebo at Clinton Landing, behind the Town Hall, and the site of the goldsmith shop of Abel Buell. 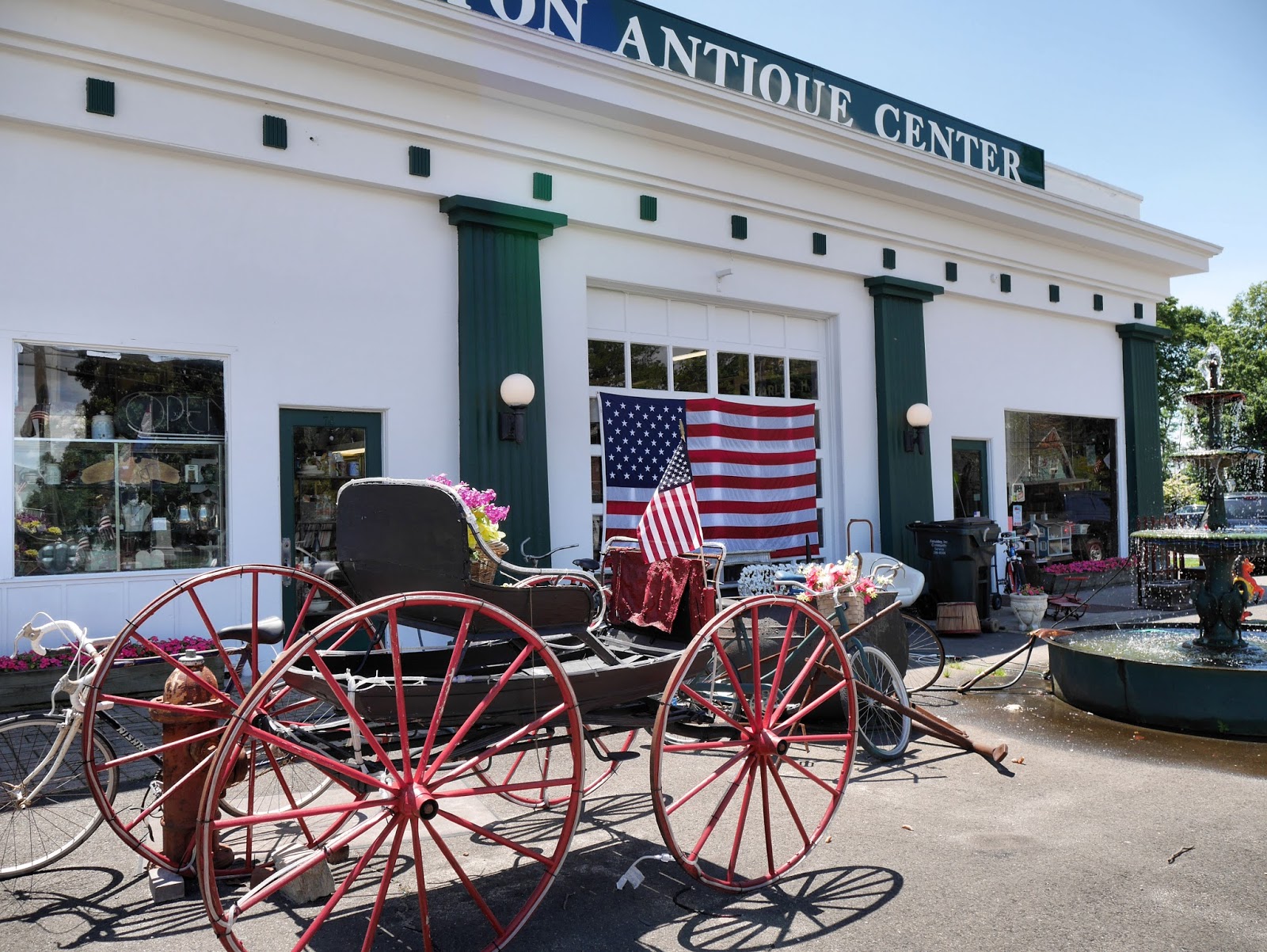 Though I love the shoreline year round, summer is the time when this region comes alive. Merchandise is moved out of stores and onto sidewalks, people emerge from indoors to be near the water, and flowers bloom everywhere. 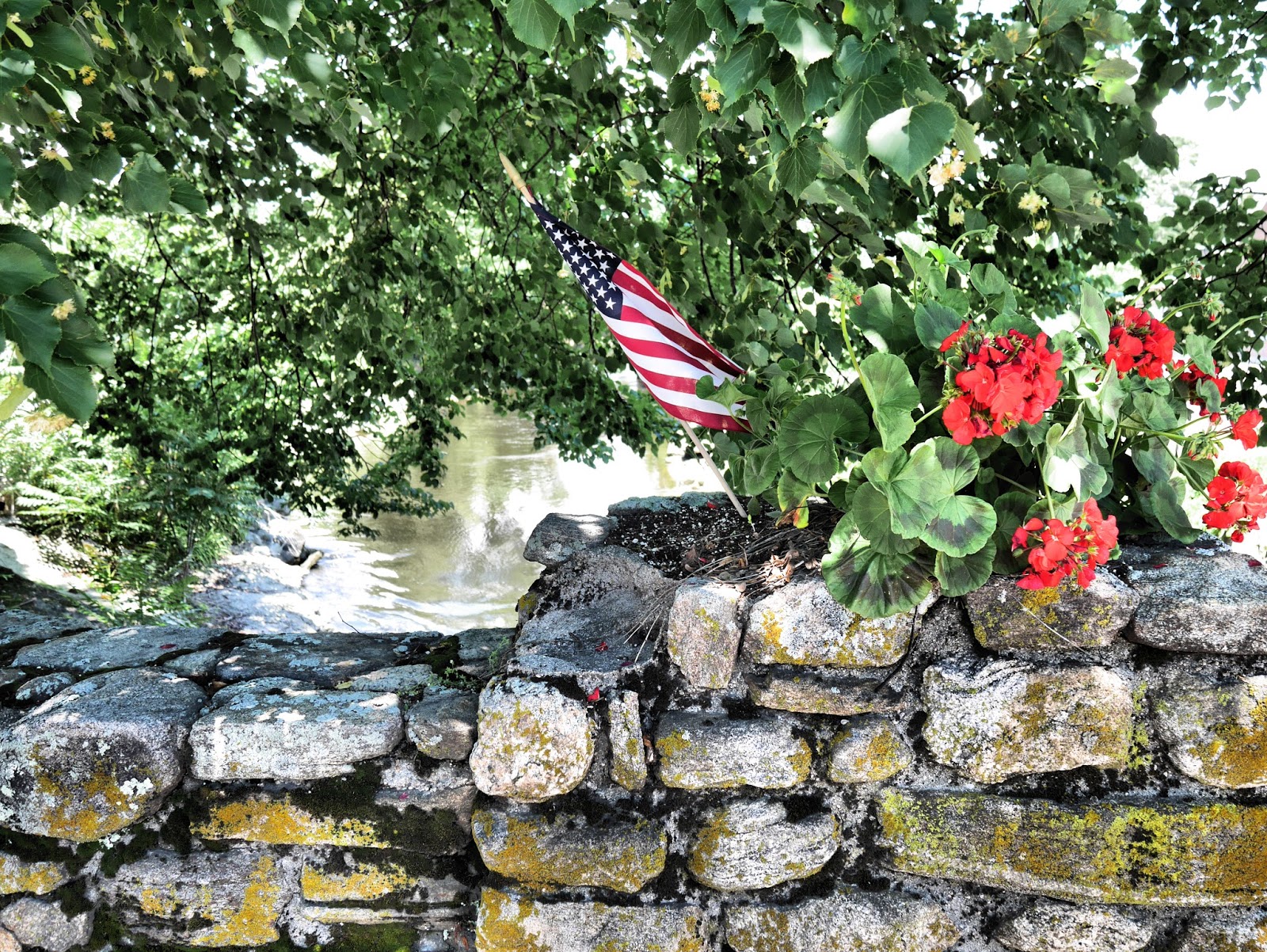 Summer is also when the flags appear. Suddenly, one day, they are everywhere (large, small, draped over doorways, hanging from utility poles on the main roads, stuck into flower pots) and weird, obstinate little Connecticut transforms into classic, jubilant America.
Posted by Johnna Kaplan at 7:20 AM