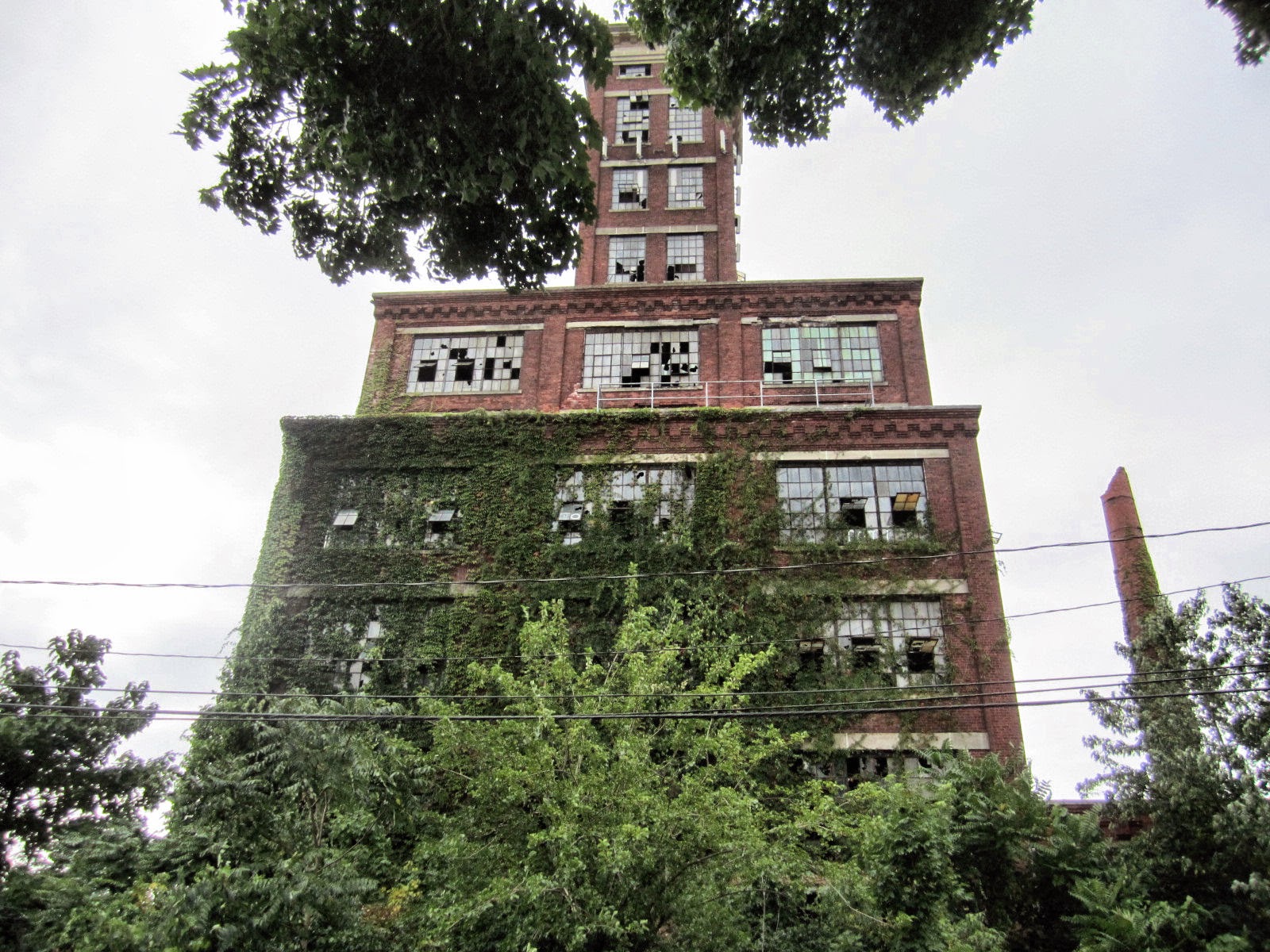 This 1909 shot tower is essentially all that remains of the sprawling Remington Arms complex in eastern Bridgeport. The factory buildings around it have all burned or crumbled. Its broken windows are slowly being obscured by vegetation. I didn't attempt to get up close to see whether the two spiral staircases inside are still intact.

The shape of the 167-foot brick structure looks almost fanciful now; one might assume it was made this way because early 20th century people liked their buildings to convey a mixture of strength and whimsy. But its design was at least partly practical: inside, molten lead was dropped from up high and left to form spheres in free-fall, which landed in a basin of water at the bottom to cool.

Remington Arms no longer manufactures shot pellets, or anything else, here. They haven't done so for quite some time. It is strange that instead of looking out of place in the neighborhood, the shot tower is the only thing that seems to belong. The people walking by in its shadow, the small houses on the next block, the cars parked in front of them, and even the cemetery across the street, all seem lost.

Posted by Johnna Kaplan at 9:10 AM