No Sleep Till Brooklyn 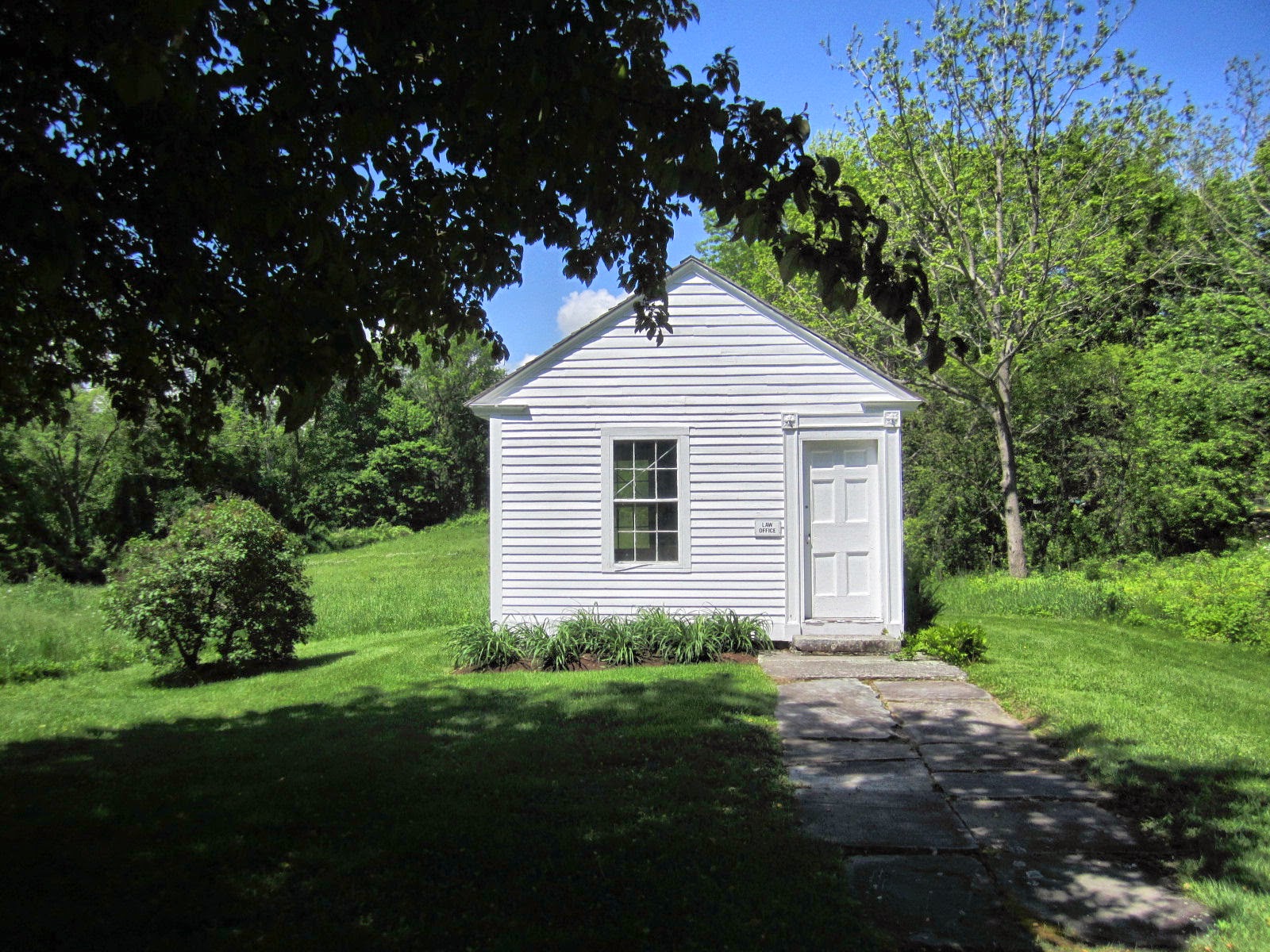 In Brooklyn, this what law offices look like. Oh, sure, I bet they have a few slightly more contemporary-looking examples around somewhere, but I'm just going to pretend this is the only one. Remember the sheriff's office in Windham? This is the Law to that wee building's Order. 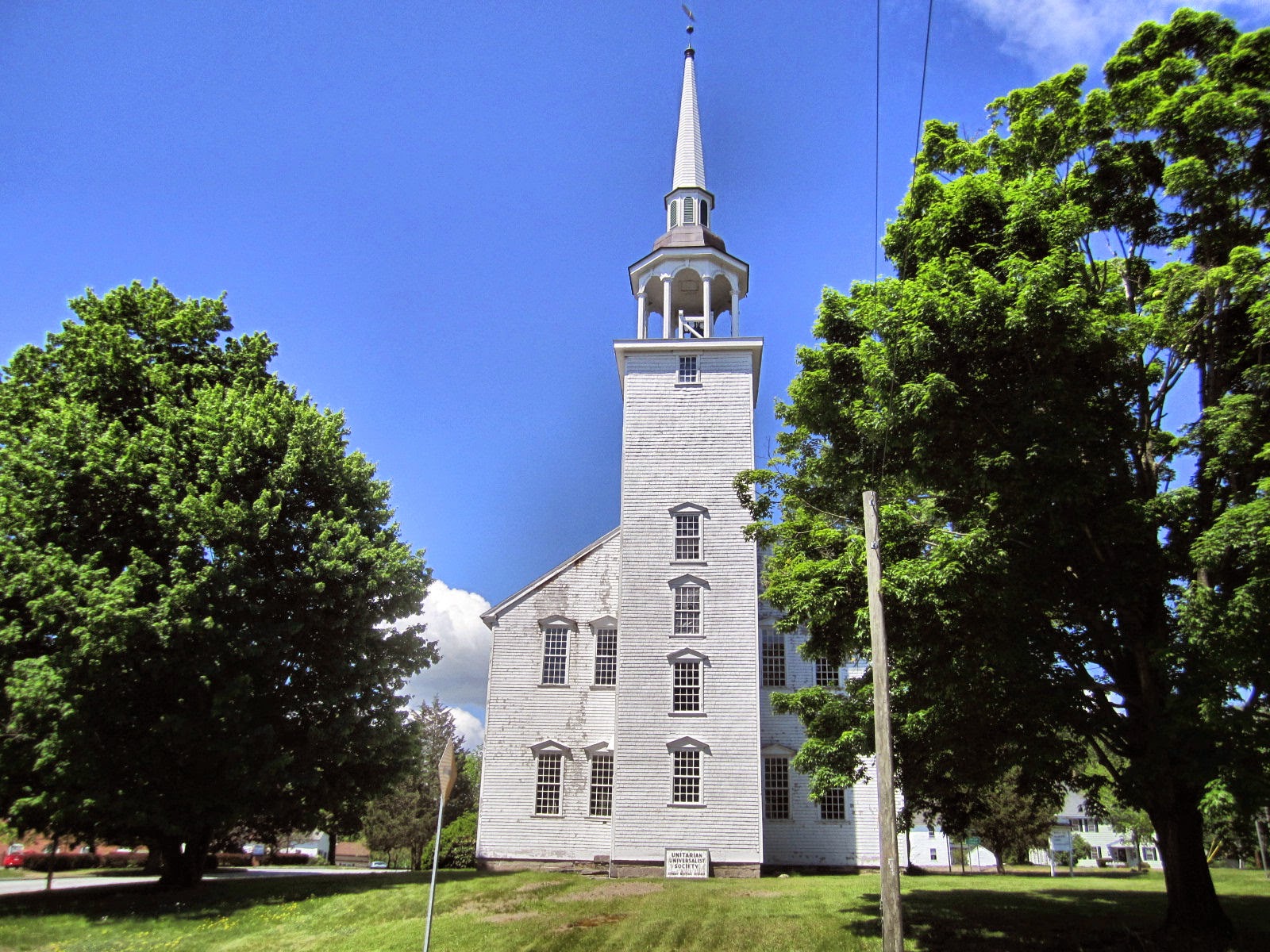 And this is the Old Brooklyn Meeting House, built in 1771, now a church. 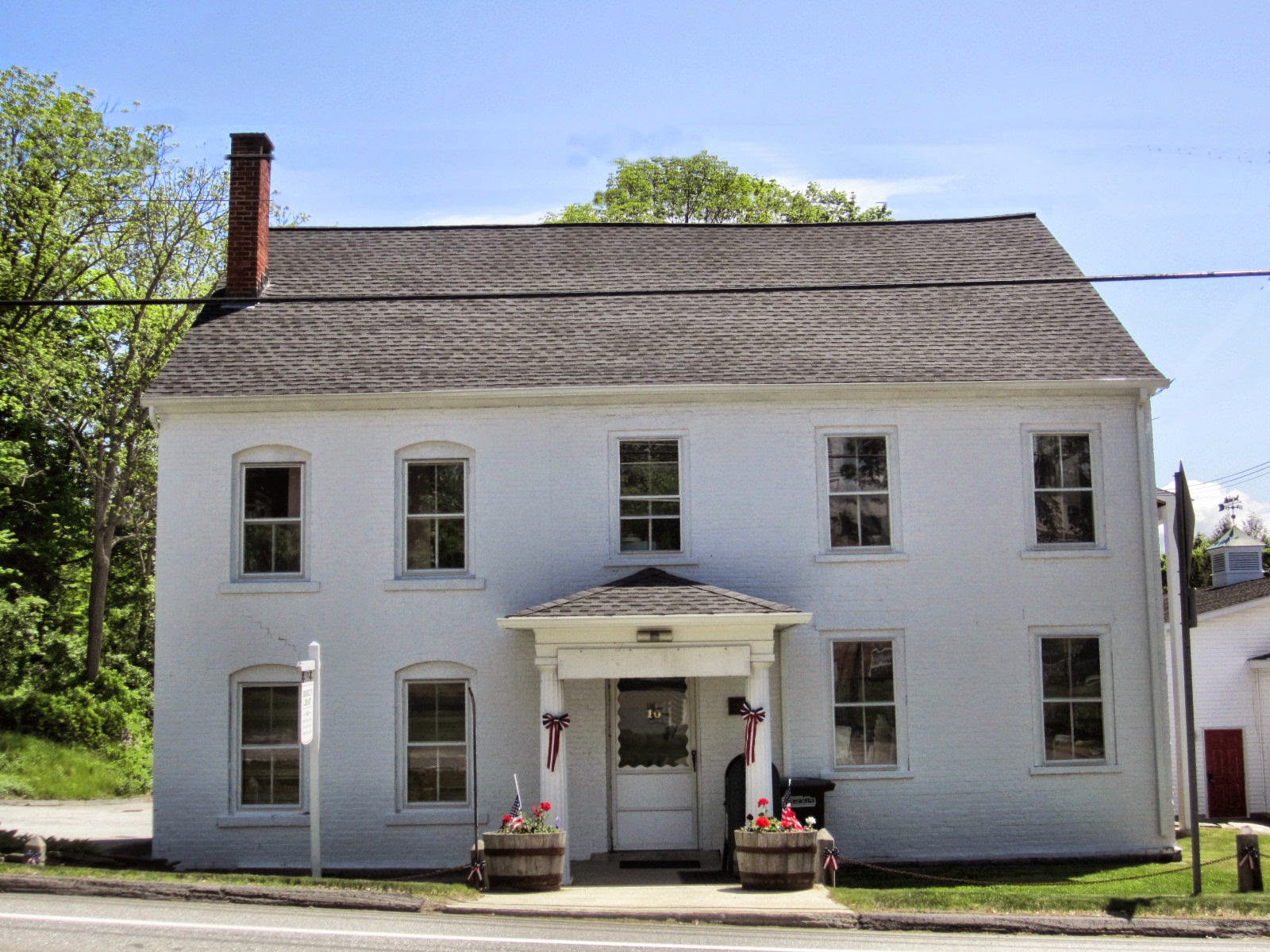 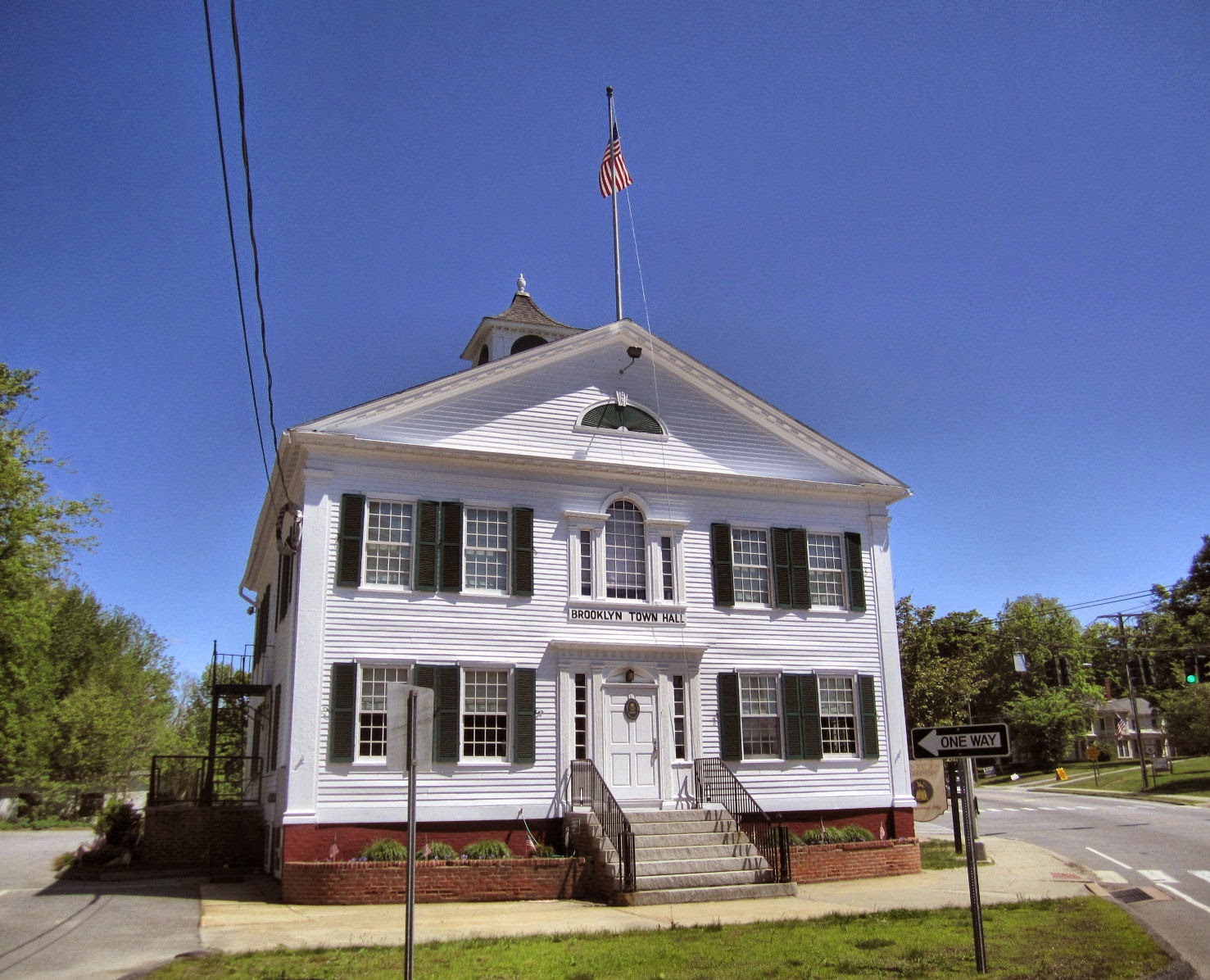 And this is Town Hall. It used to be a courthouse. It stands at the center of a little intersection that would be confusing if there were ever any other cars. 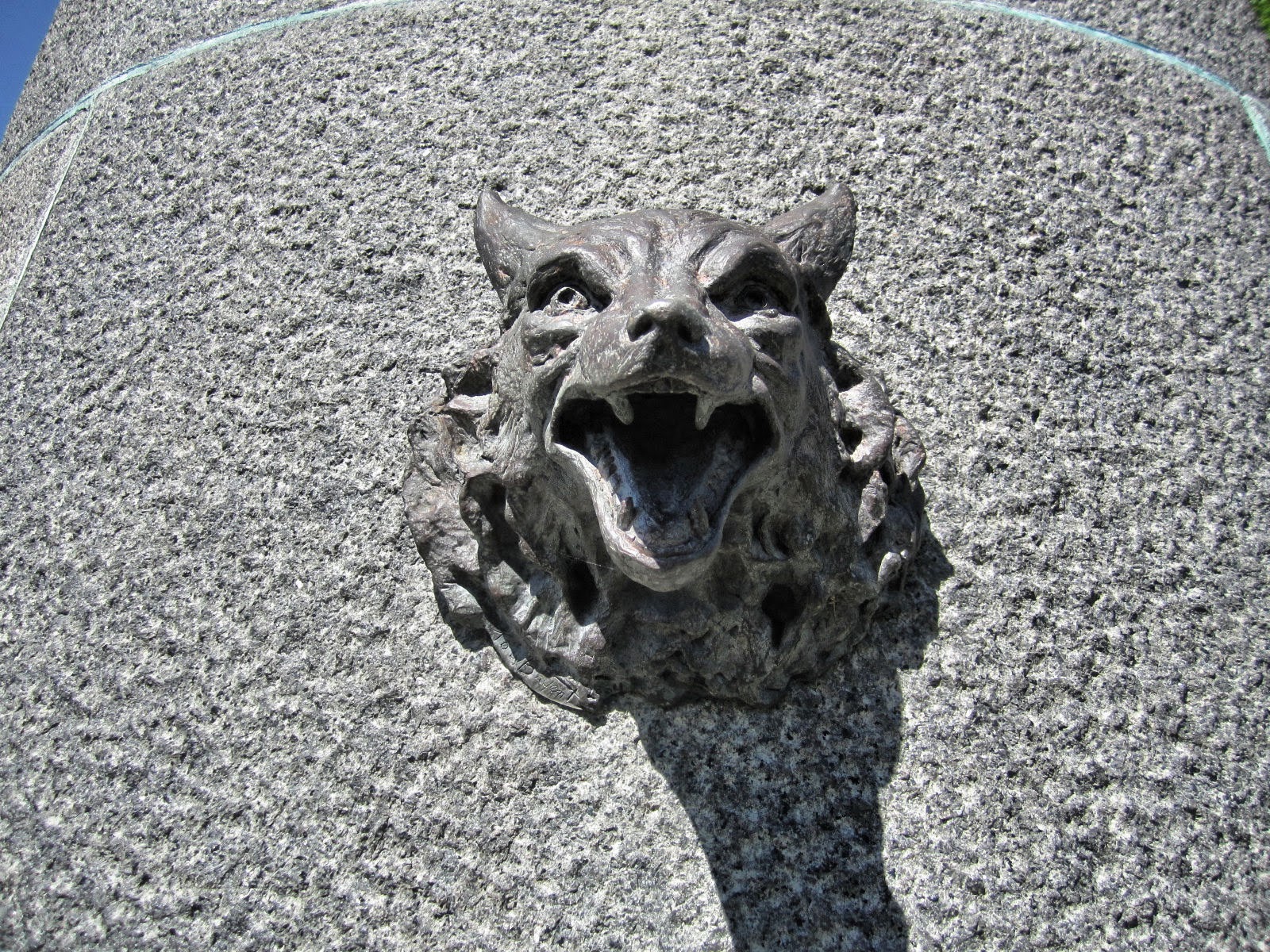 But Brooklyn can't be entirely adorable, of course. At one time this area was terrorized by marauding wolves. They were, presumably, a bit more menacing in appearance than their representations on the sarcophagus of General Israel Putnam. Putnam, who famously instructed his men "Don't fire until you see the whites of their eyes" at Bunker Hill, is also famous locally for having killed Connecticut's last wolf in a den in what is now Mashamoquet Brook State Park in Pomfret. 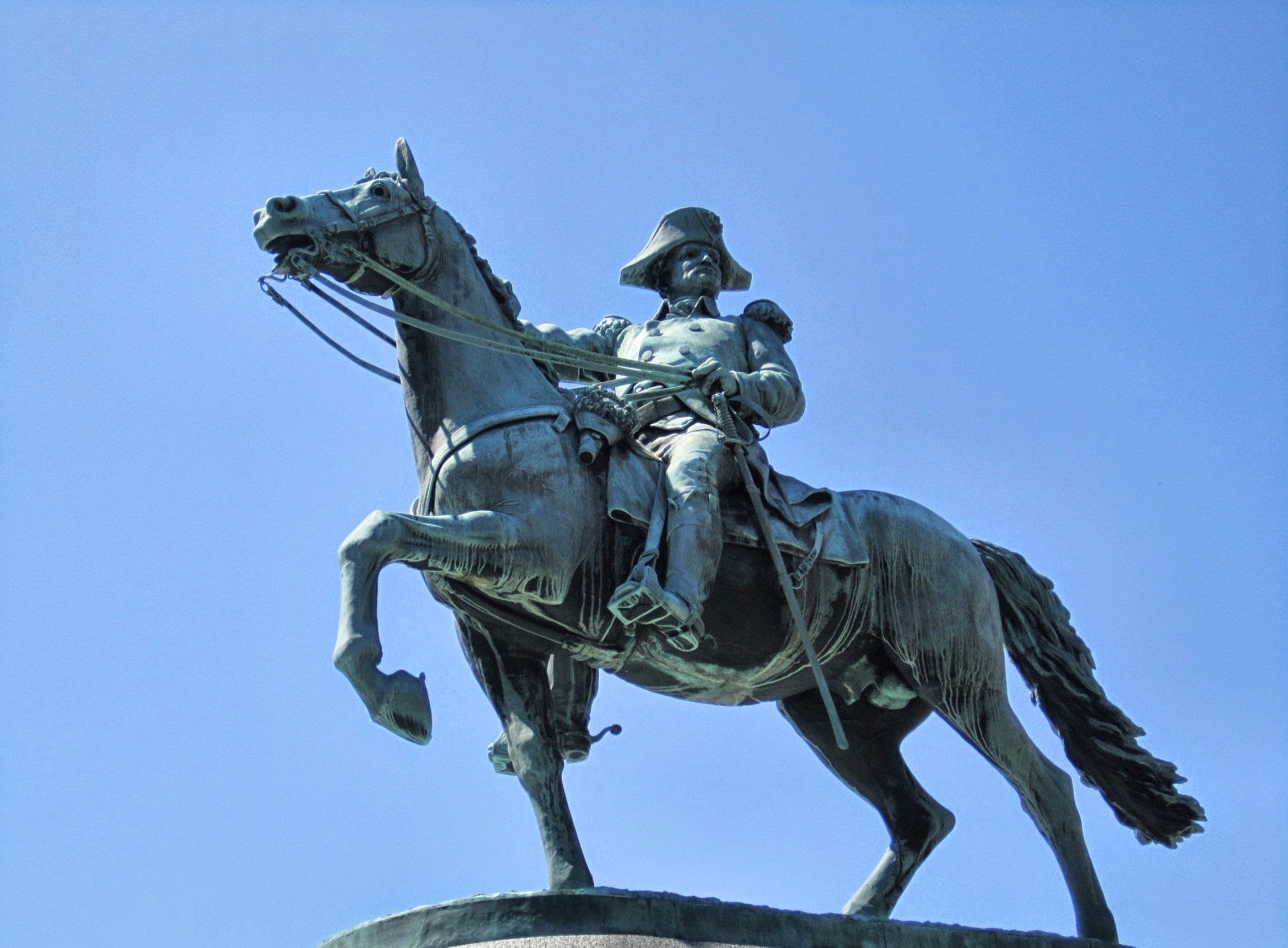 There are other statues of Putnam in Hartford's Bushnell Park and Putnam Memorial State Park in Redding, but I particularly like the way this one looks out watchfully over Route 169, as if Putnam is making sure that more wolves (or the British) don't try to sneak past. Of course, at this point, if they did it would only be because they'd heard about how cute Brooklyn is.

(By the way, I just read somewhere that you should not name blog posts after songs. Oops.)
Posted by Johnna Kaplan at 8:00 AM