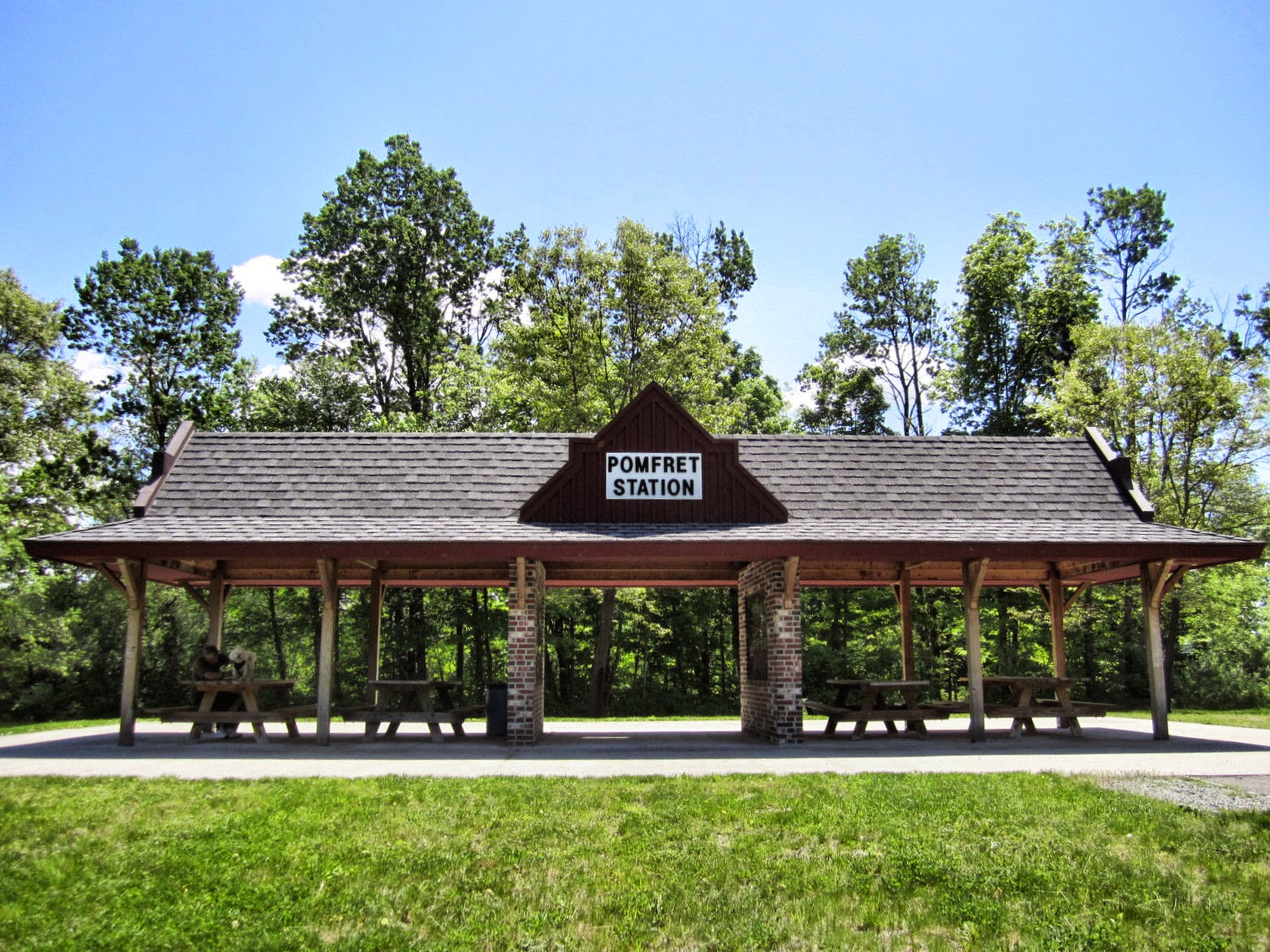 Long-time readers of this blog may recall that for a little while I lived in Putnam, in the Quiet Corner. The area was not the best fit for me, demographically (my neighbors were perplexed that I lived alone, and for a while I became convinced that I was going to get thrown out of Target for daring to shop there without a baby) but I loved it. I still feel an instant calm when I drive into that northeastern Connecticut countryside, so much more subtle than the more famous - and more dramatic - hills of the northwest. And I still love each of the distinct little towns that provide the rare spots of light in the dark night of the "Last Green Valley."

All that background is to say I'm just a little obsessed with Windham County. And I've spent a fair amount of time driving on its winding roads. But though I'd rounded this particular corner more times than I could ever count, I somehow (obliviousness? blindness? careful attendance to the road in front of me?) had never looked up and spotted the former Pomfret Station at the top of the hill.

Part of the Air Line State Park Trail , which traces the 19th century Airline Railroad route between New York and Boston, the small station-slash-pavillion looks as out of place as a Victorian folly or a roadside curiosity built for double-takes. Even if you know the history of the area, how passengers once traveled by rail from the big cities to the country houses and fresh air, you think for a moment, Whaa? Trains went up there?

It's a bittersweet thing, the Pomfret Station. On the one hand, isn't it nice that those trains are gone and we can have peace and hiking trails and best-kept secrets. On the other hand, imagine how much more educated and civilized the world was when when everyone was just a little obsessed with Windham County.

Posted by Johnna Kaplan at 7:10 AM