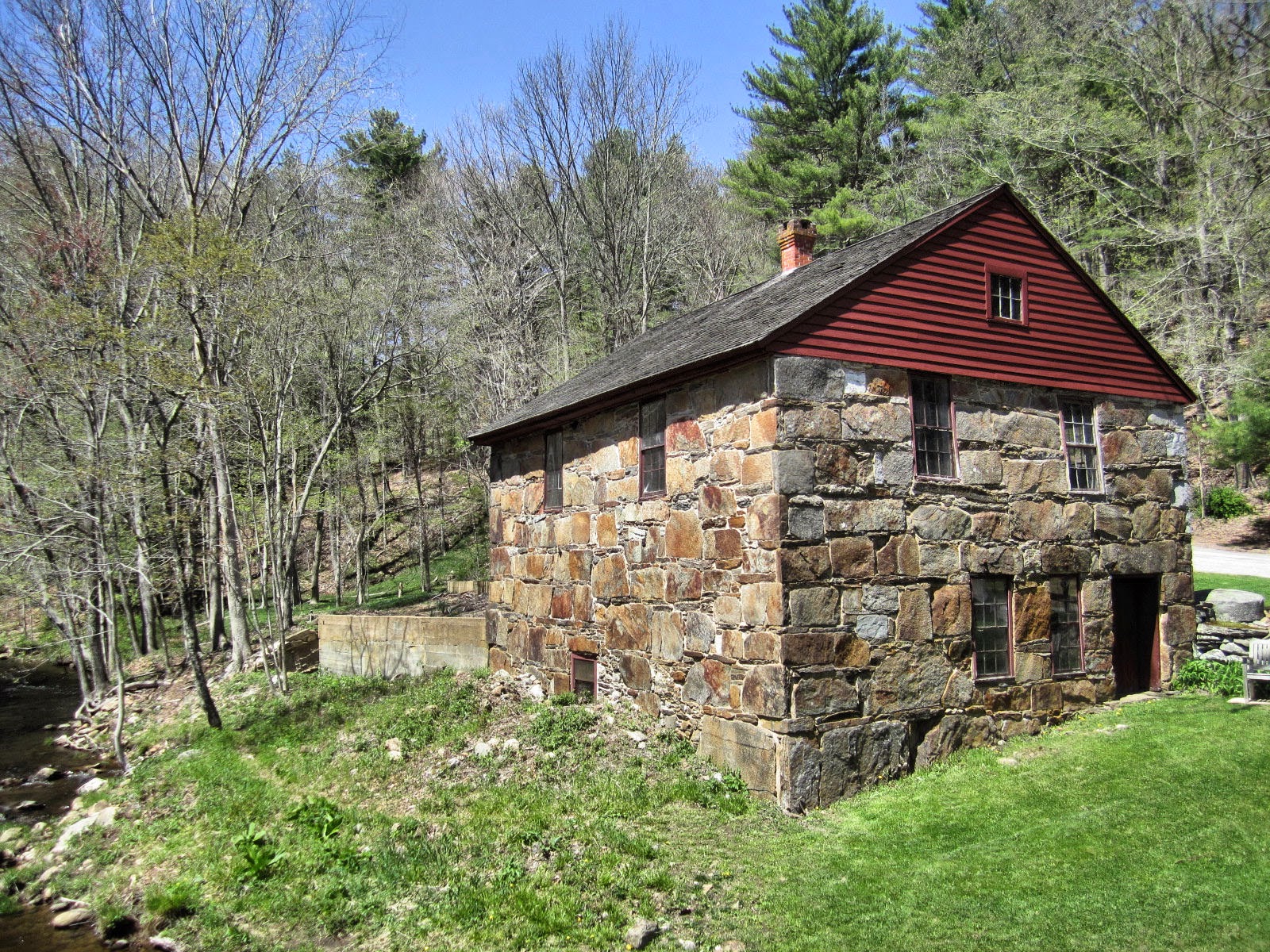 Last Sunday was Mother's Day, when you're supposed to take your mom to brunch or do something involving perfume and flowers. (Honestly I'm not really sure what you're supposed to do. I come from a fake-holiday-shunning family. I've gotten into fights with men who insist I must really, secretly, want heart balloons and teddy bears and boxed chocolates on Valentine's Day. No, I don't.)

So of course, on Mother's Day, I dragged my mom all around eastern Connecticut, making her look at various things like the Gurleyville Gristmill. 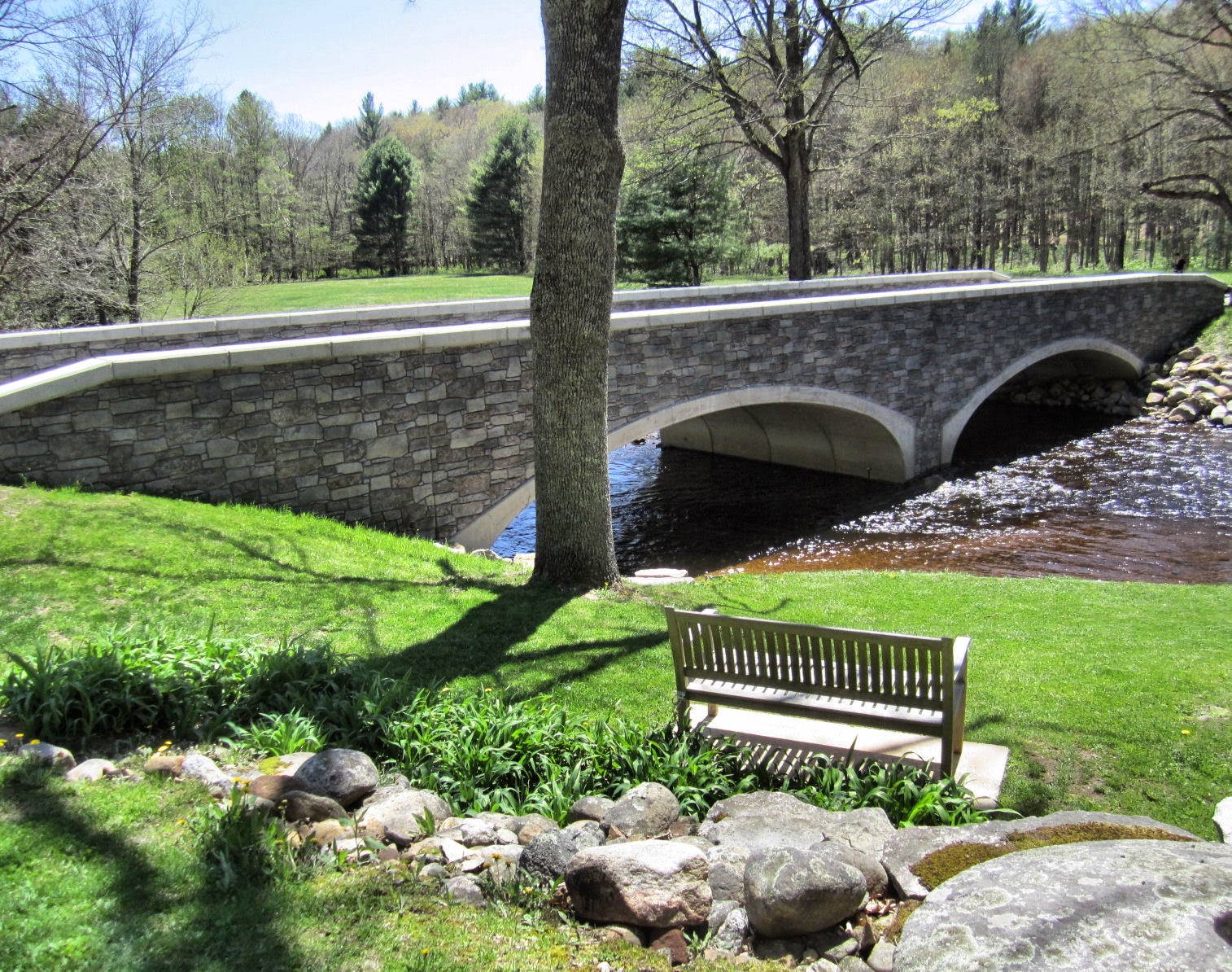 The mill, in the Gurleyville Historic District in Mansfield, stands beside the Fenton River. The first mill on this site was a sawmill, built in 1723. A gristmill was added later, sometime around 1750. (Unusually, the mills were set up so that one person, walking back and forth, could operate both at once.) The current gristmill was constructed to replace the first in the 1830's. It operated until 1941 and is now maintained by the Joshua’s Tract Conservation and Historic Trust. 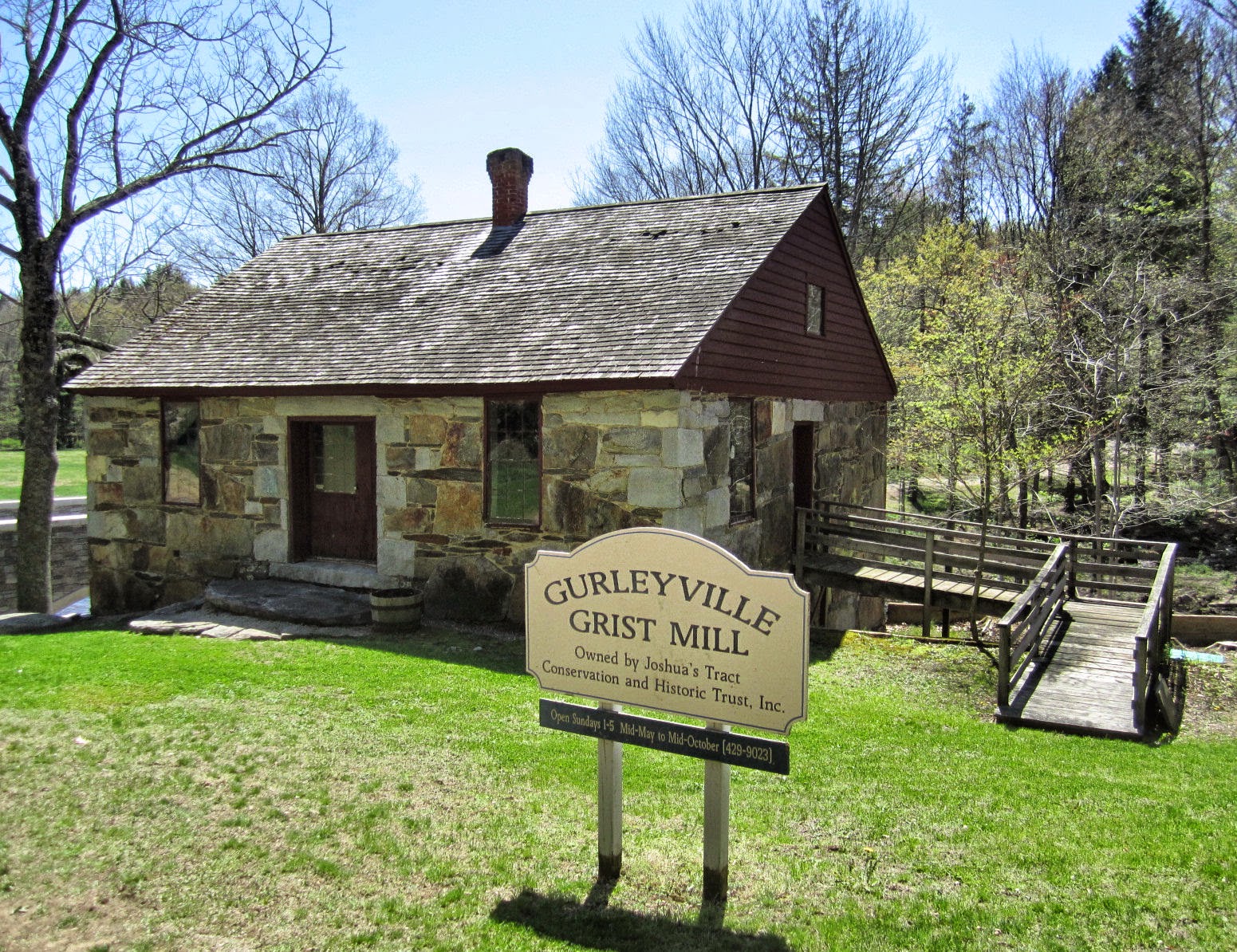 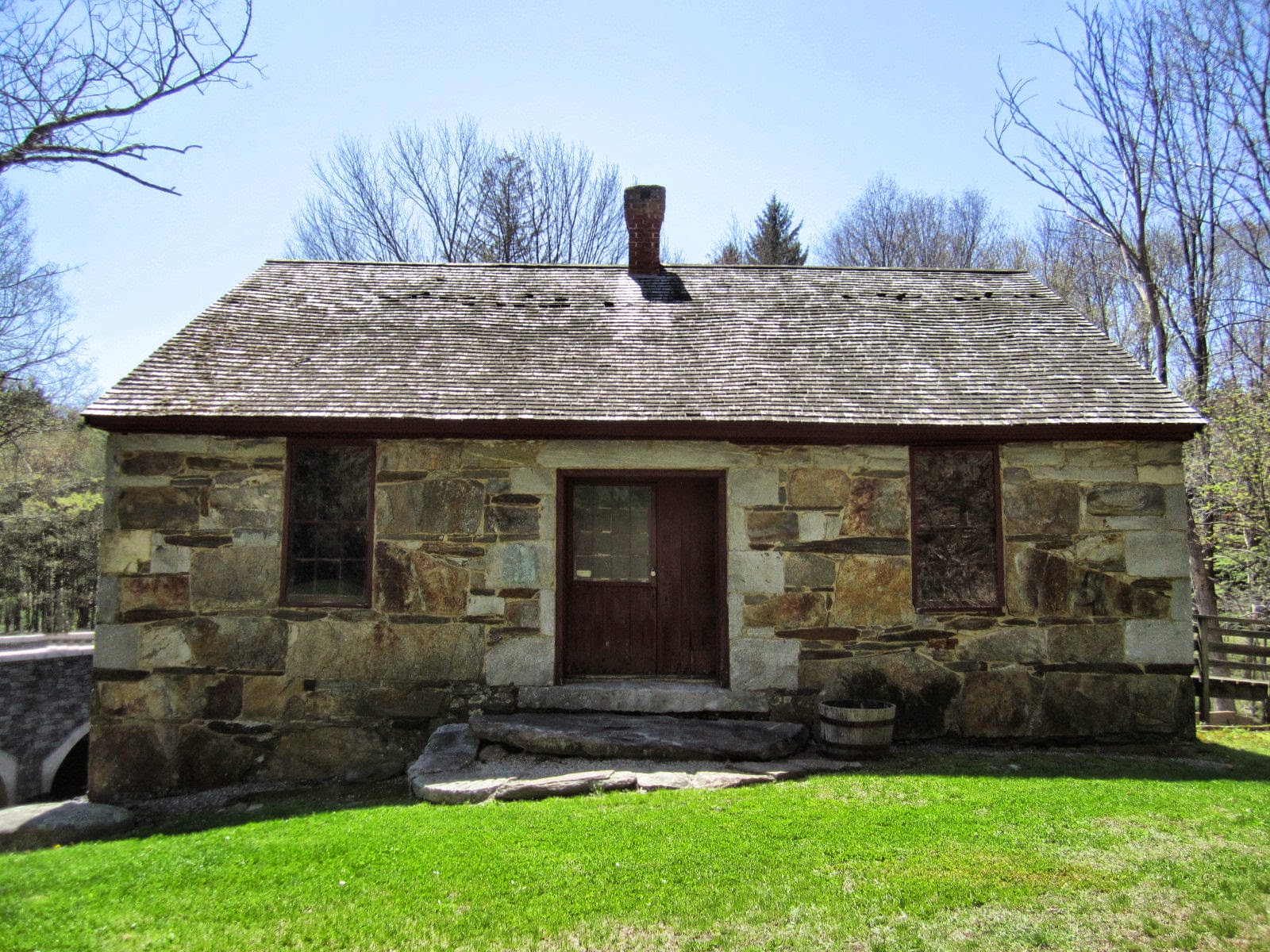 Fun fact: the family of Wilbur Cross ran the mill for years; the former governor of Connecticut was born in the miller's house across the street in 1862. 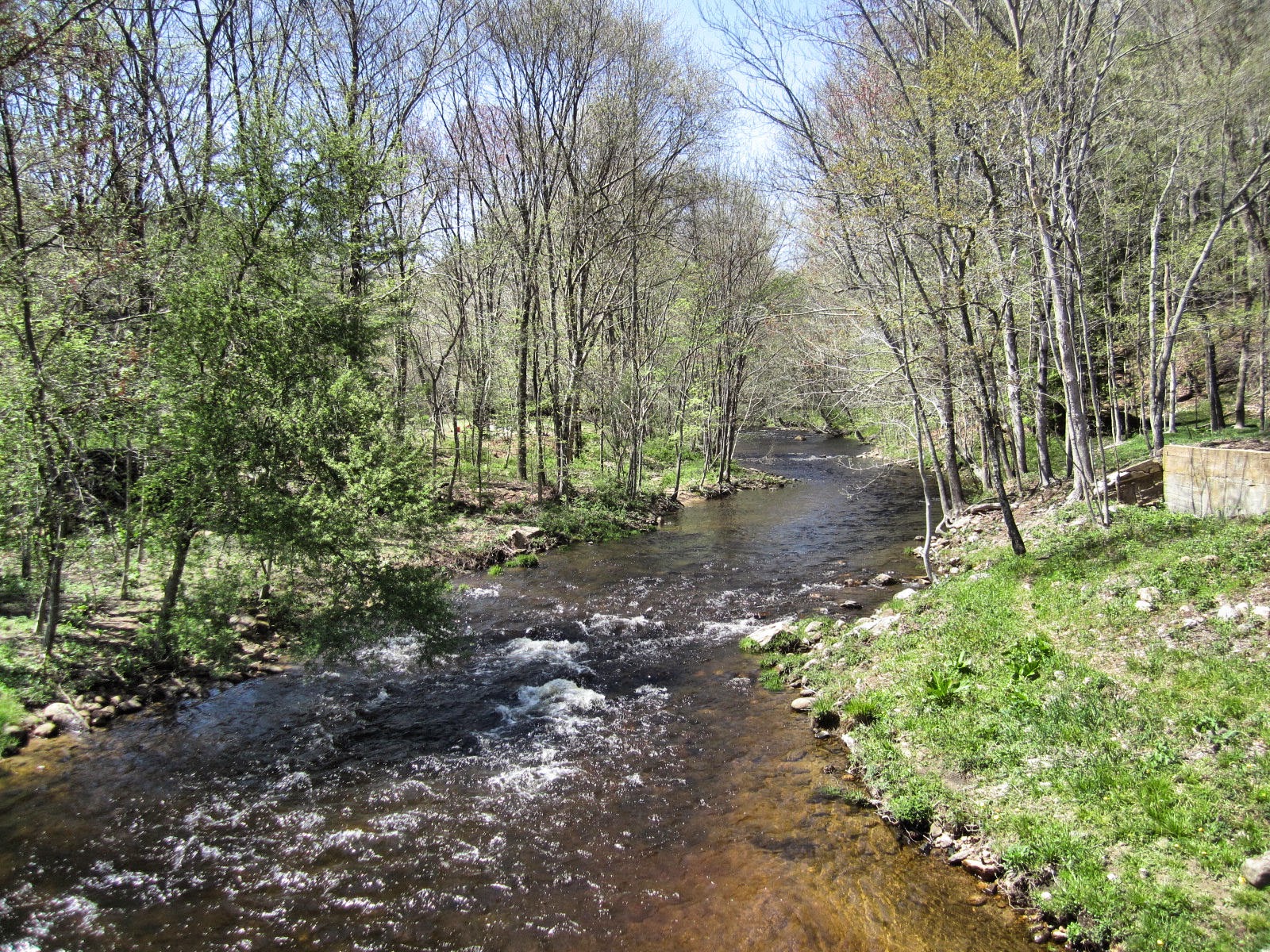 Sunday was a perfect weather day, sunny and almost hot. Along the banks of the river and around the mill, little purple flowers were growing. So though there was no perfume or brunch, there was at least one aspect of a traditional Mother's Day outing I got right.
Posted by Johnna Kaplan at 8:05 AM