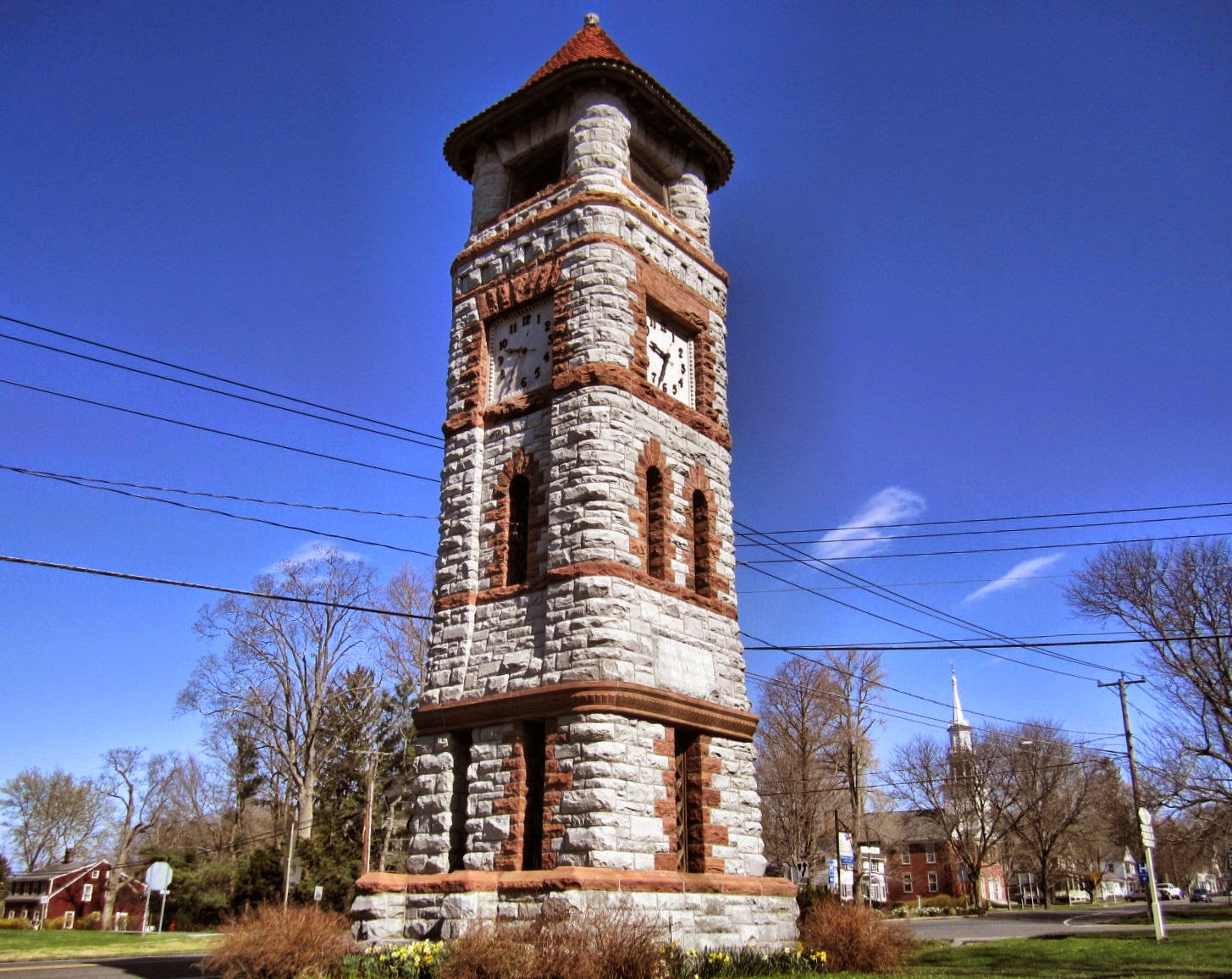 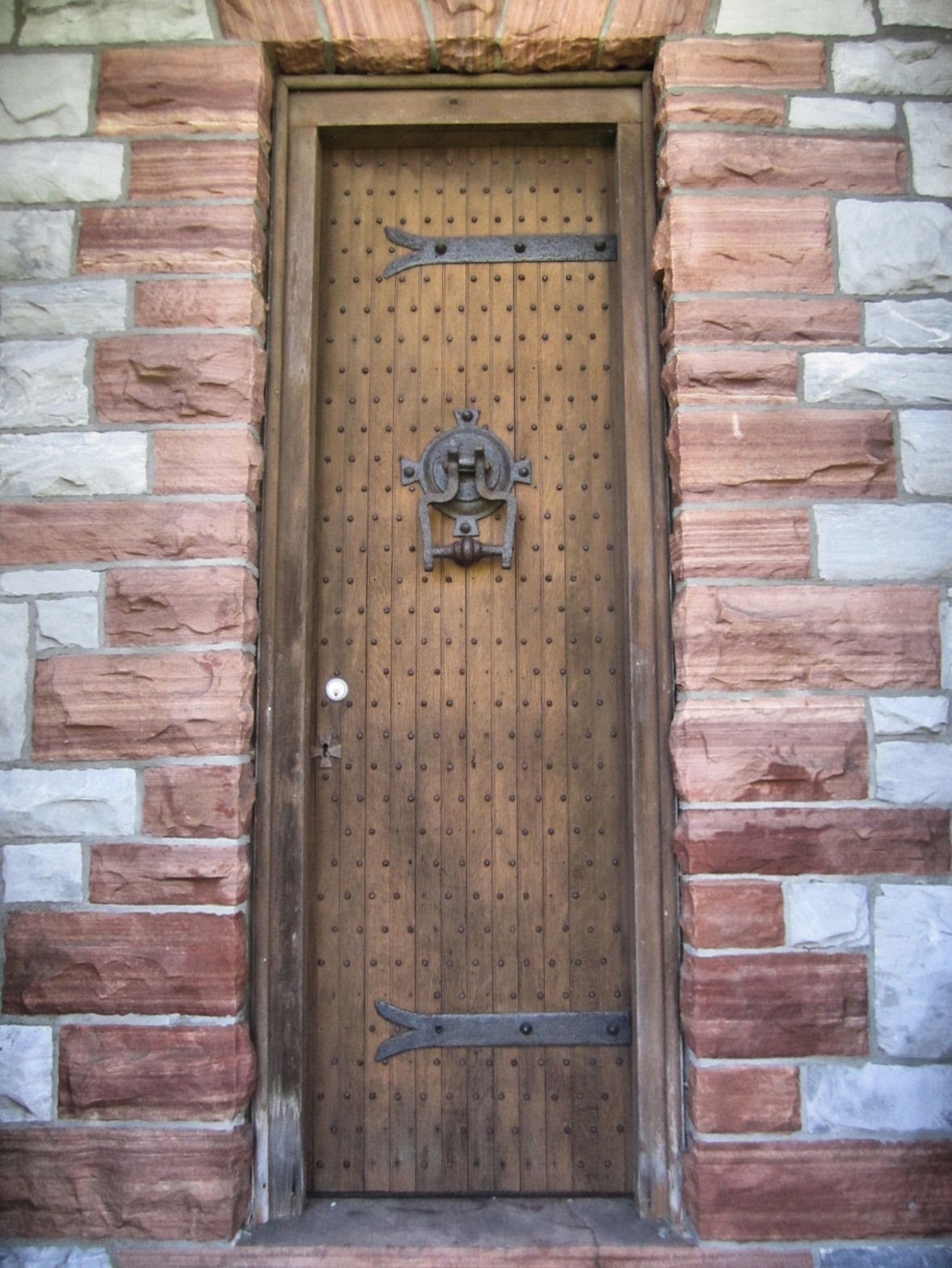 This tower in Sharon was completed in 1886. It was commissioned by the daughters of Emily Butler Ogden Wheeler, who wanted to commemorate their mother. (I guess monied 19th century Connecticutians were big on honoring their mothers with clock towers.) 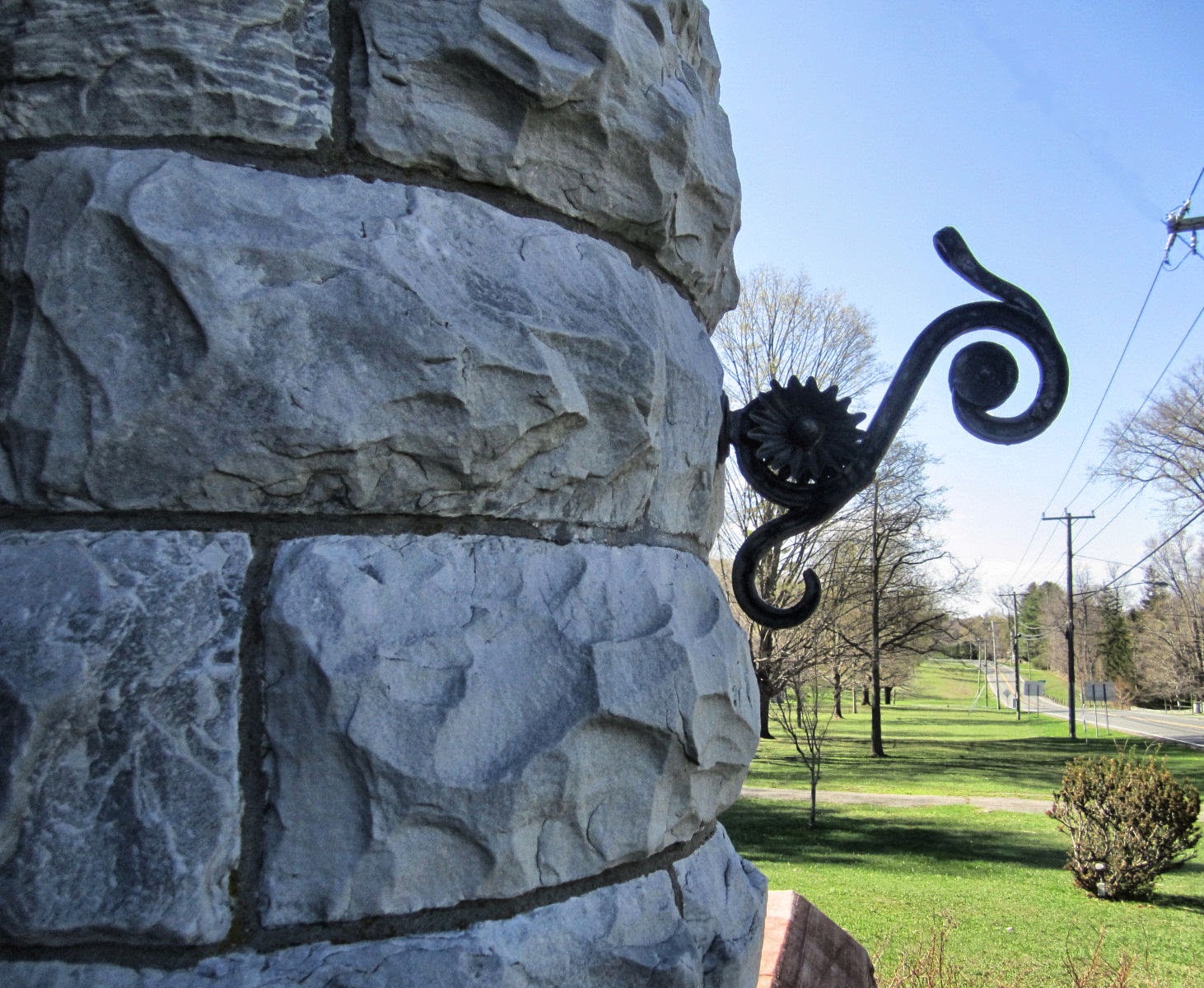 One one side, an inscription reads:

On the other, it says:


Hours are golden links. God's token.
Reaching Heaven: but one by one.
Take them lest the chain be broken.
Ere the pilgrimage be done. 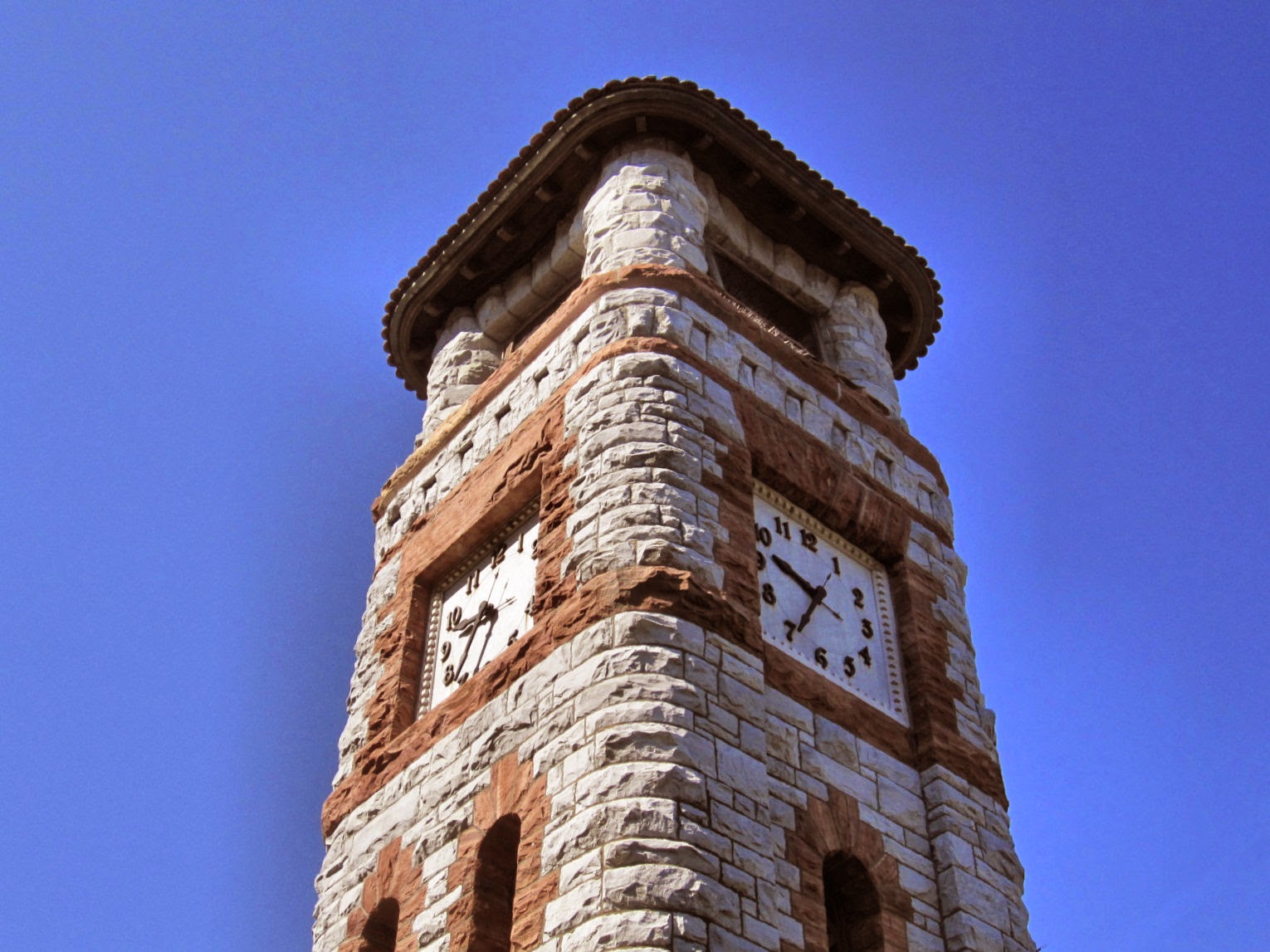 The clock was electrified in 1961. 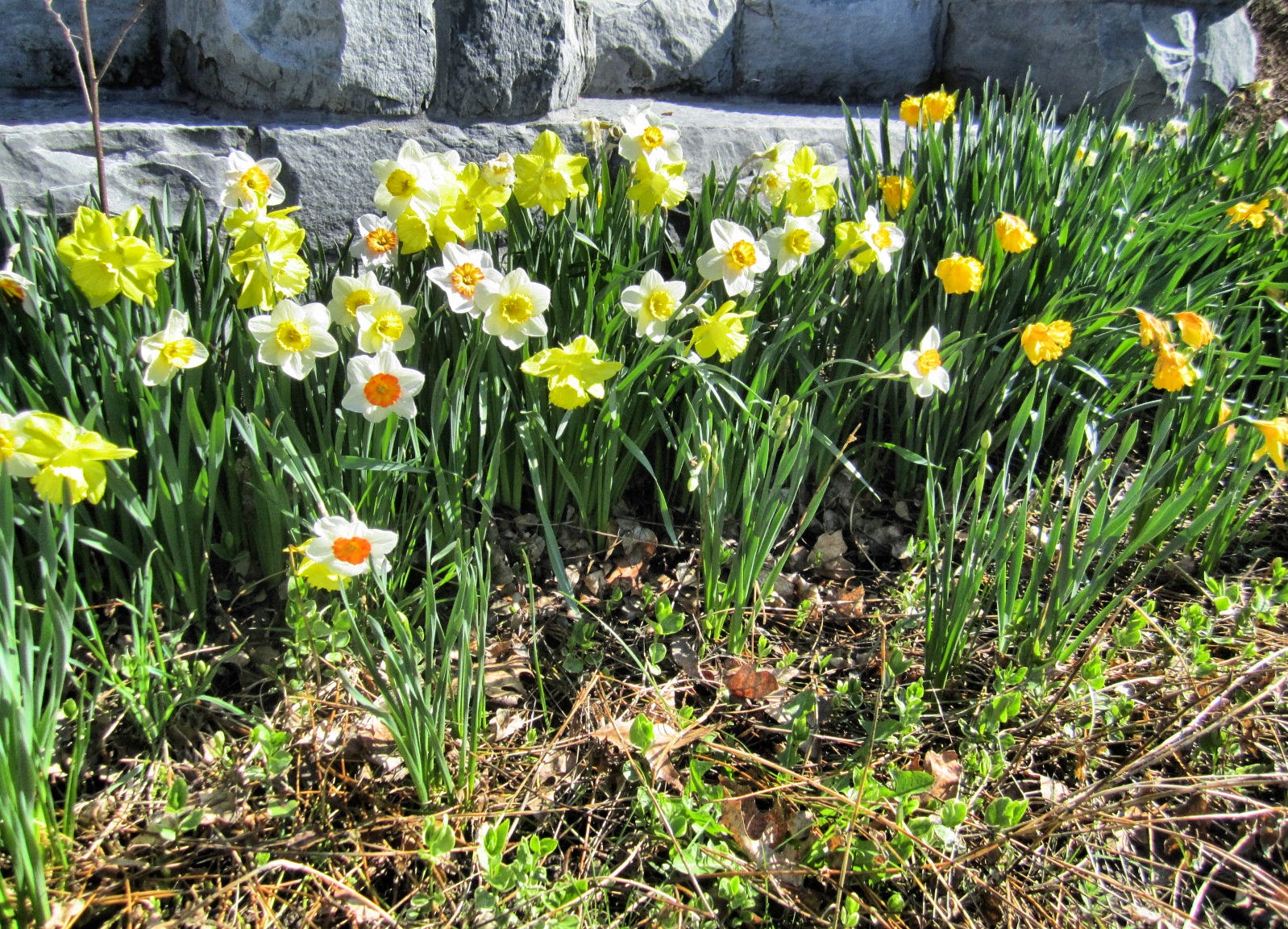 By the way, I'd forgotten how cute Sharon is. Just so cute. No one even batted an eye at me, crossing roads without crosswalks to take pictures on a random weekday at 9:34 a.m. They probably see it all the time.
Posted by Johnna Kaplan at 7:30 AM