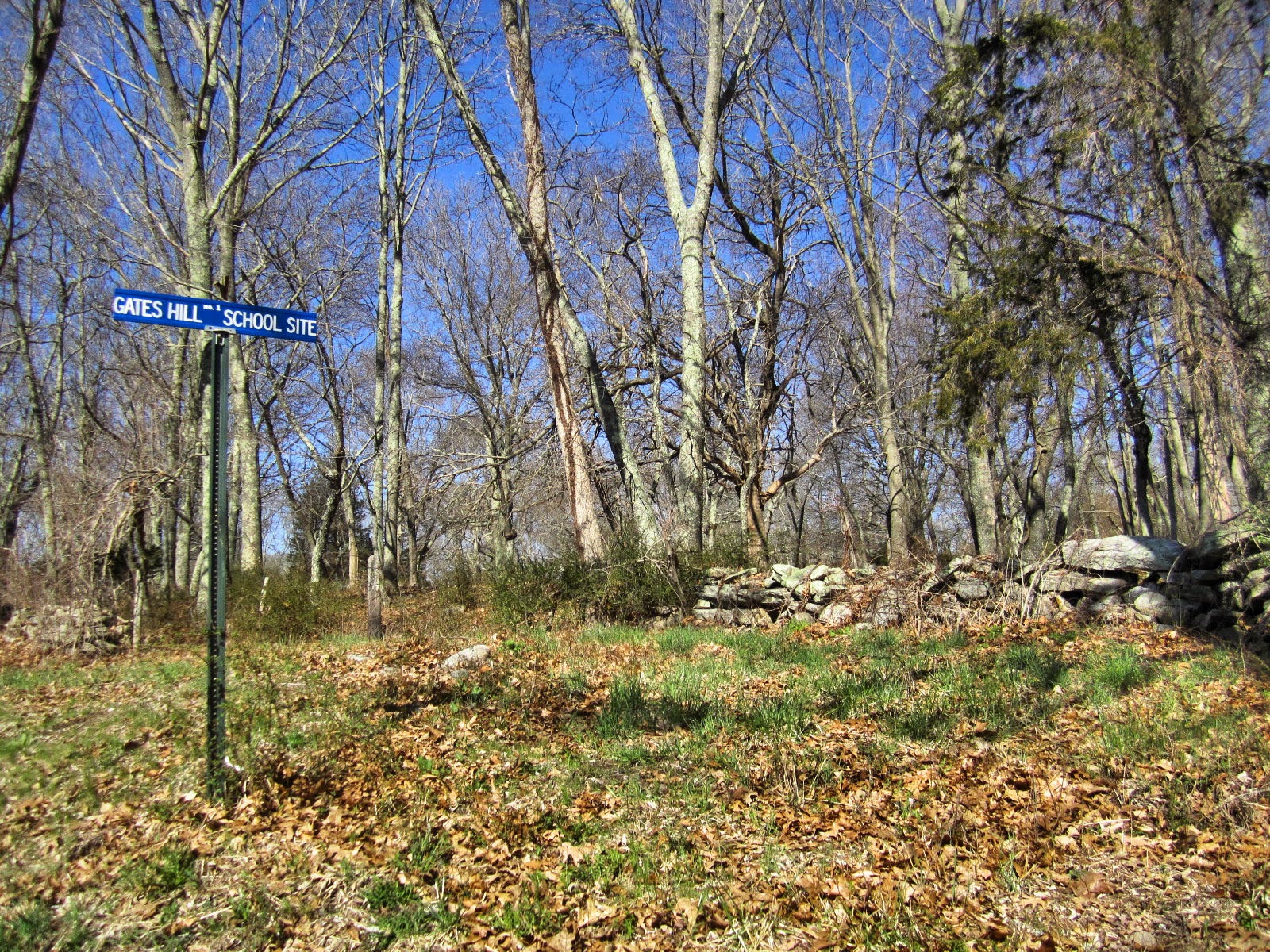 Usually, when I write about little old schoolhouses, it's because they still exist. 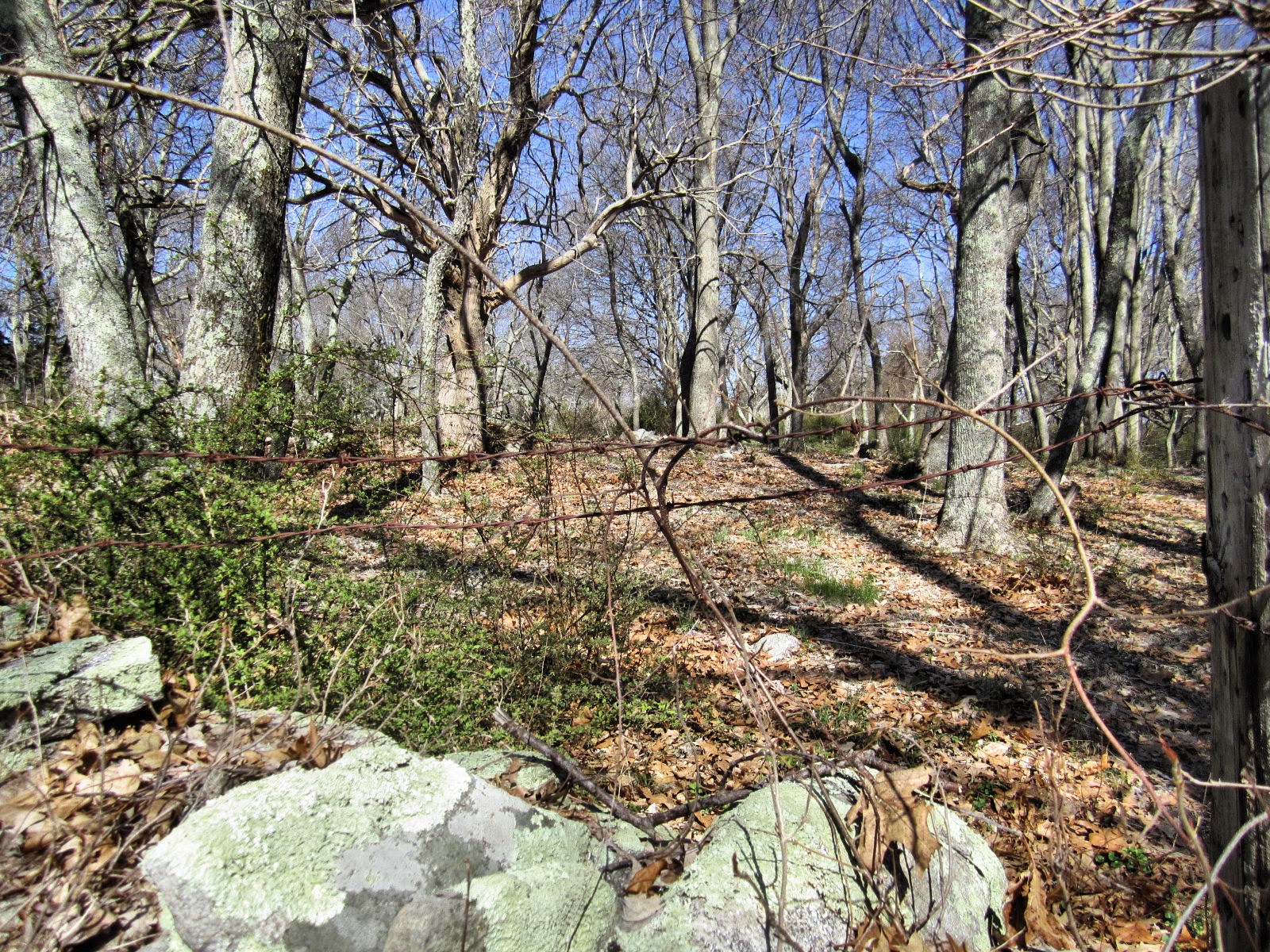 This time, though, it was the place where a schoolhouse used to be - an imagined schoolhouse-shaped footprint - that got my attention. 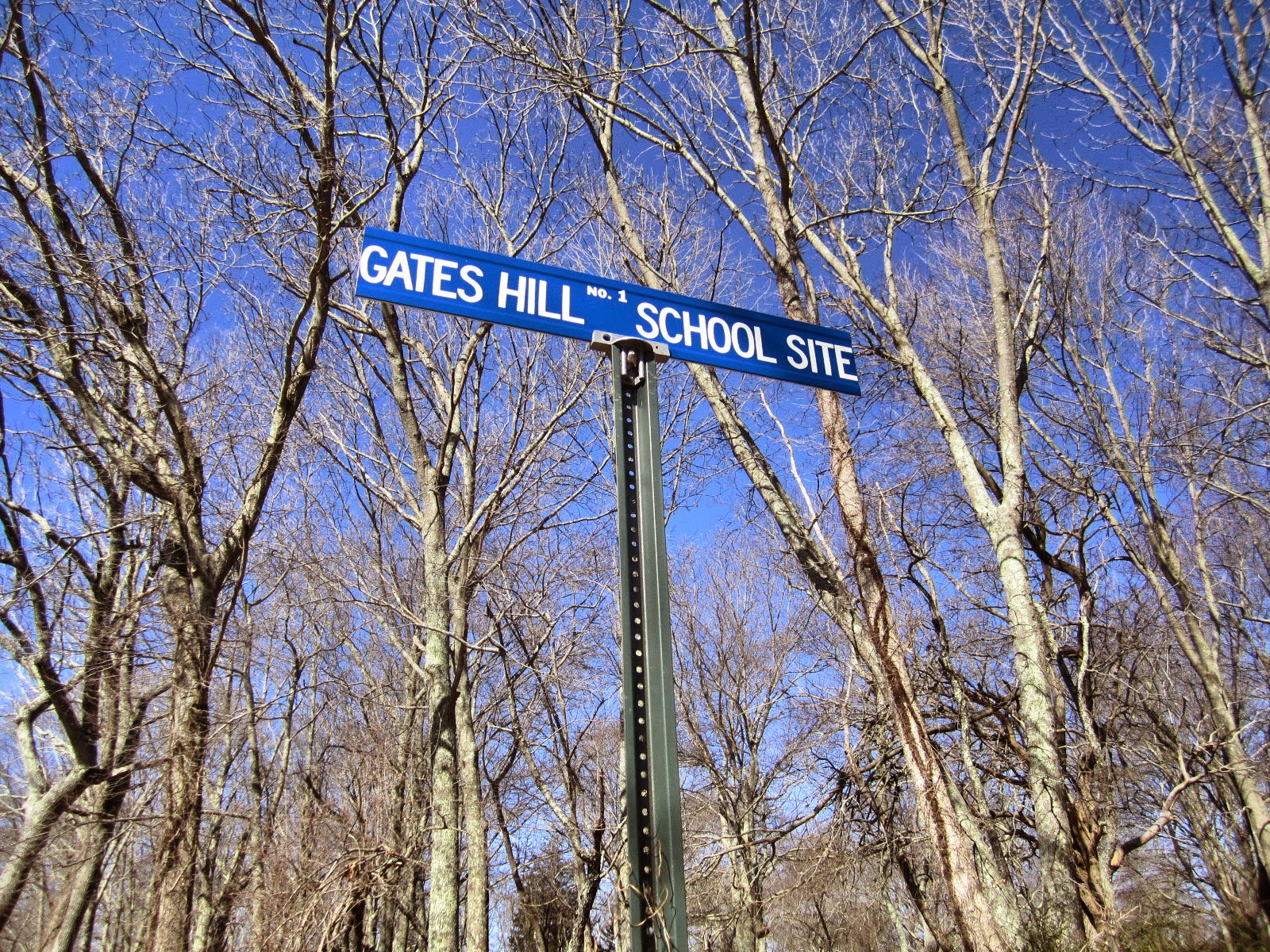 Connecticut being Connecticut, every town marks its memories in a different way. Some use large plaques, some prefer faded lettering on rusted signposts, and others do nothing at all, as if you don't deserve to see what you don't already know about. Salem uses these small blue markers, like shrunken street signs. Most are placed low, a few feet above the ground; this one is higher. 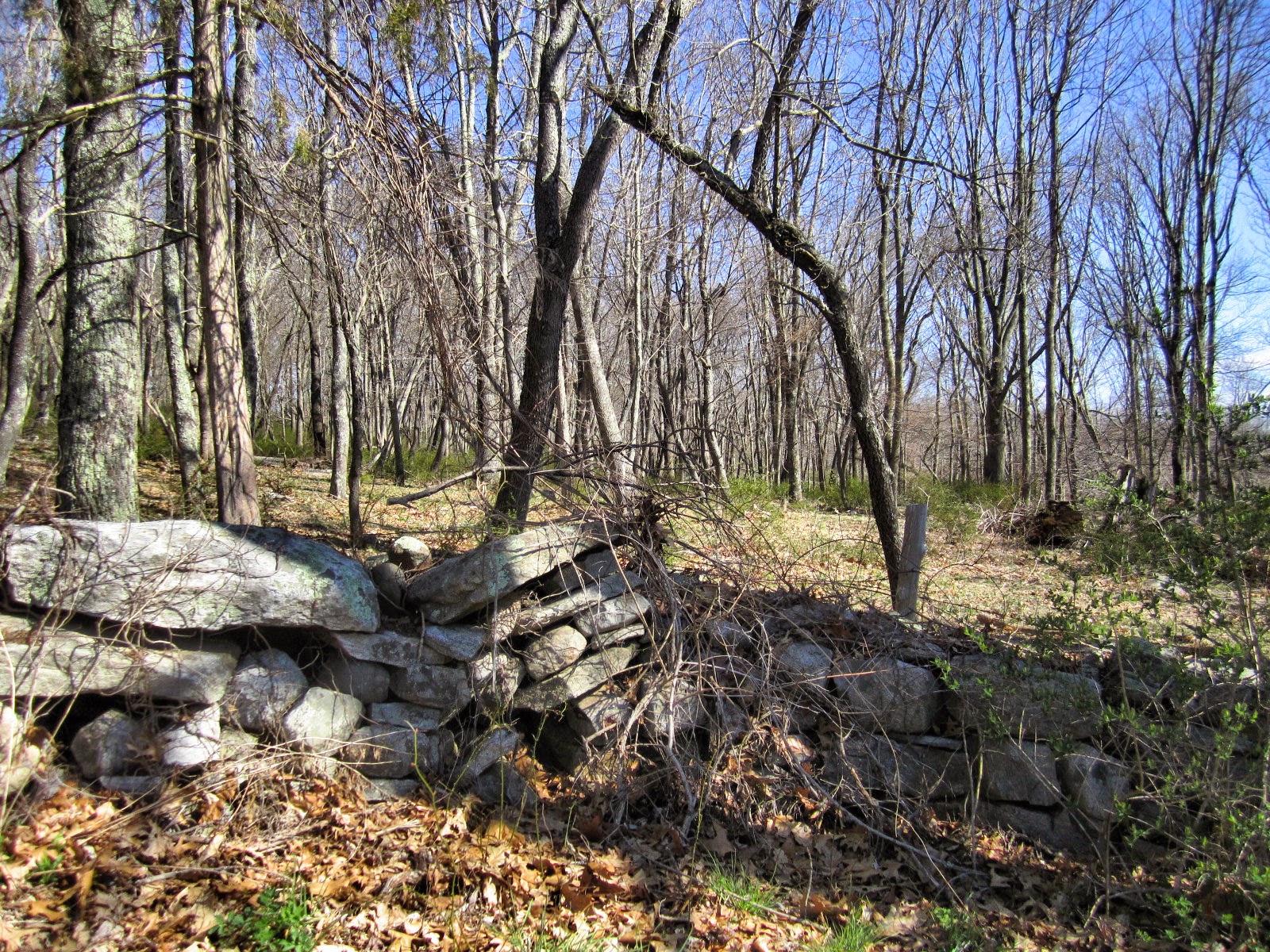 These subtle roadside history lessons unintentionally lend an almost eerie atmosphere to otherwise nondescript sites. A cemetery; a church; the plot of land where a little white school once stood. They're mundane places but for these little blue signs, like something from a movie set designed to evoke an old New England village concealing a creepy secret. 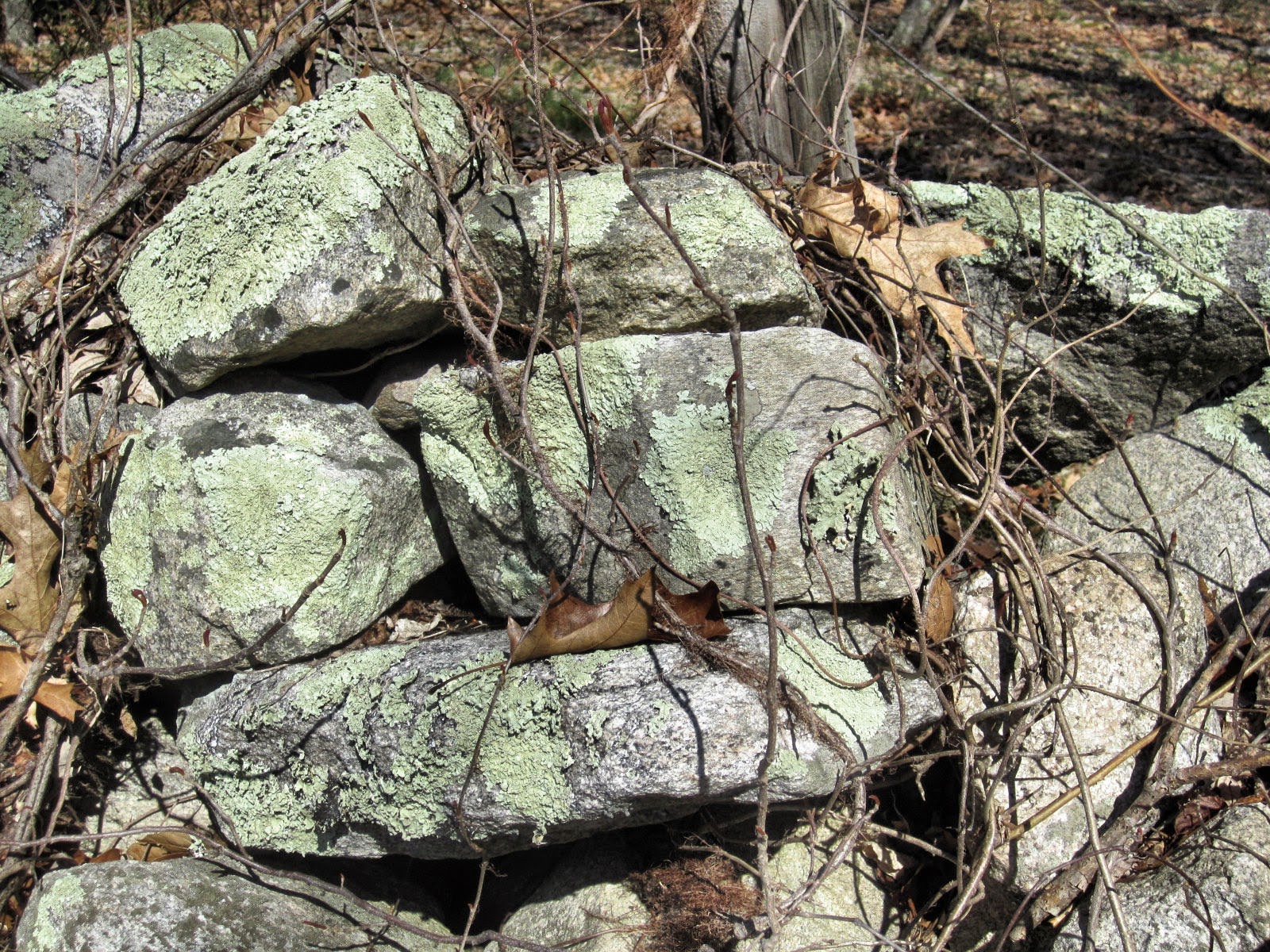 The Gates Hill School was one of eight in Salem. It was built on land donated to the town by Josiah Gates, who lived here in the mid 1700s. The school survived the 1938 hurricane, though its roof shingles had to be replaced after the storm. It later burned down. 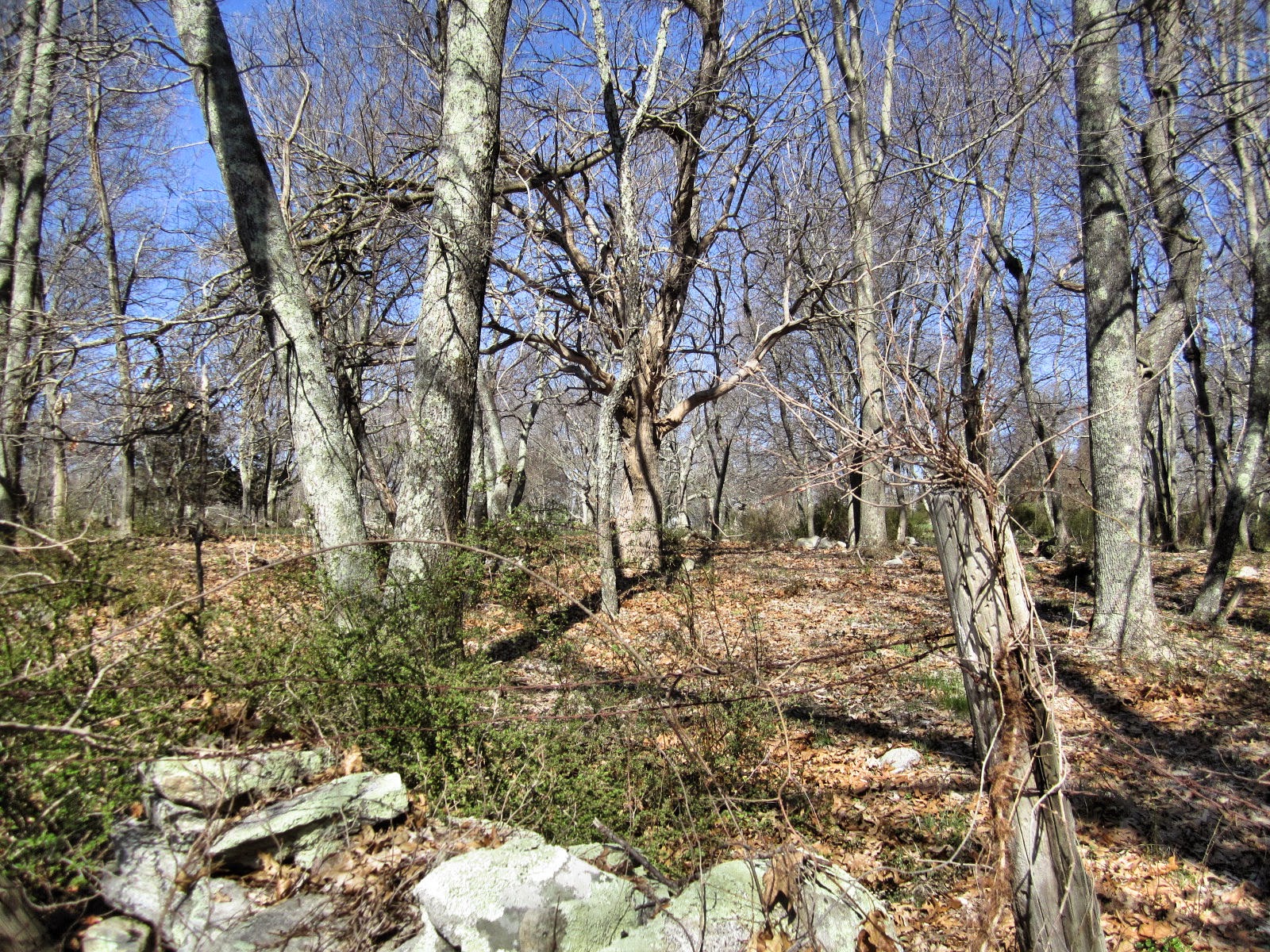 Today, only two of Salem's schools still stand. One is among the collection of perfect white buildings along the town green. The other is probably not this red barn, though I like to believe that it is.

The square of woods that was the Gates Hill School grounds is halfheartedly closed off by wire and stone walls. There are roads on two sides, a driveway on the third, and more trees and private houses on the fourth. It's like any other patch of lost history, except it has a little blue sign; it is remembered.
Posted by Johnna Kaplan at 8:30 AM