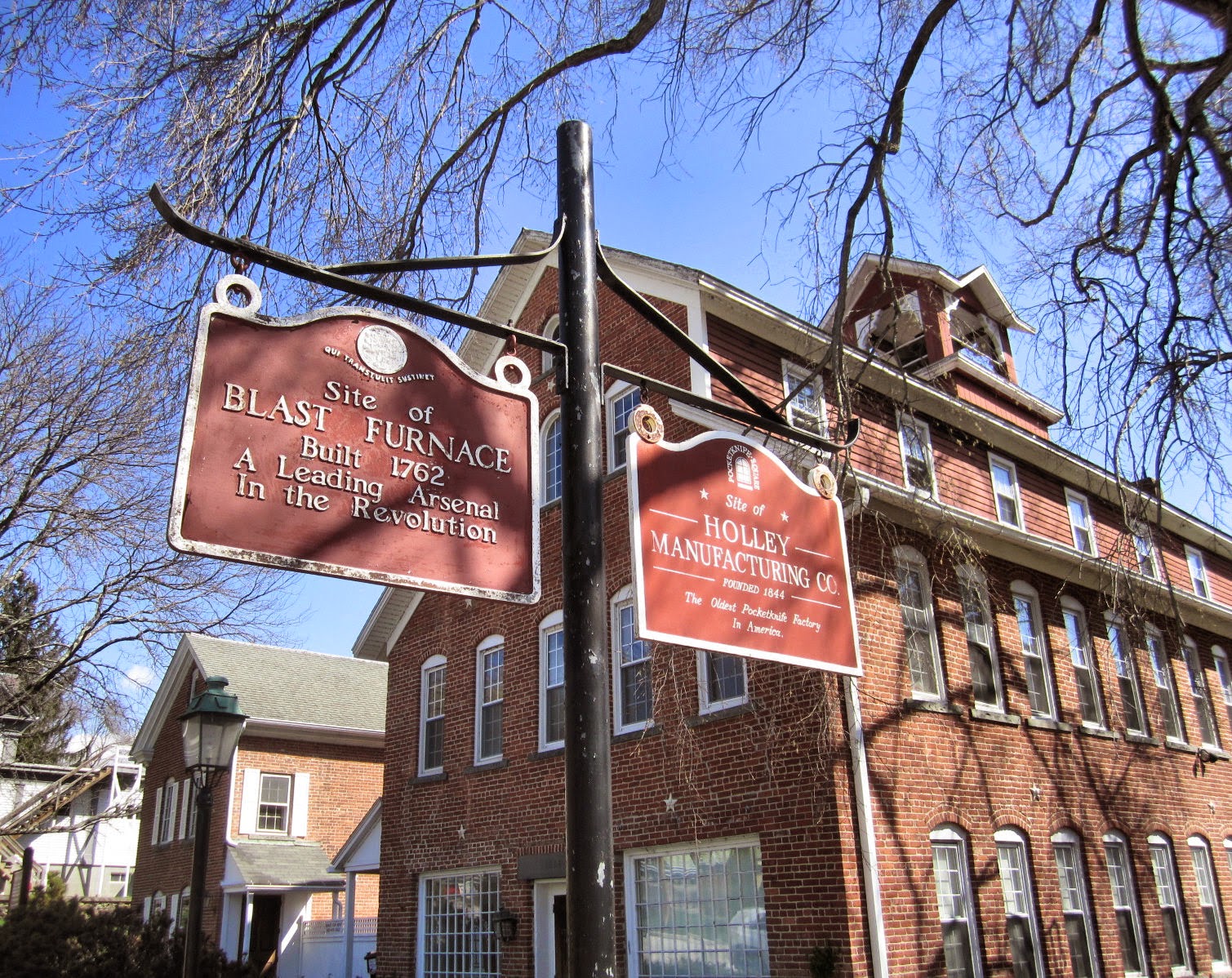 The first time I heard of Lakeville, it was in one of my dad's stories of the olden days. At one point, apparently, his friend's mother ran a resort hotel in Lakeville, and he stayed there. When I heard this - it was years ago - I was incredulous. Lakeville? In Connecticut? Does that exist?

It sounded a bit like his other stories, which, though not embellished, belonged so completely to a bygone era that they seemed irrelevant to contemporary life. For example: he attended a one-room schoolhouse in Michigan, where his middle school graduating class consisted of three people. When a fire engine went by, the teacher would take all the pupils outside to watch it pass. Once, when he was a little boy, he owned twelve chickens, and a man informed him that meant he was worth $12. Also when he was a child, he traveled alone to California on a train. When his family later moved to Manhattan, he would cut high school classes and go to the Museum of Modern Art to watch movies instead. His stories were all true, but they recalled a lost time. I figured Lakeville must be a lost place.

But I was wrong. There is (still) a Lakeville. It's a village in the town of Salisbury, and before it was called Lakeville it was known as Furnace Village and Salisbury Furnace. Its blast furnace, which turned local deposits of iron ore into nails, farming equipment, and cannon for George Washington's army, was built by none other than Ethan Allen. The Holley Manufacturing Company, as the above sign says, was founded in 1844; the small type at the bottom proclaims it "the oldest pocketknife factory in America." The earliest buildings here, in the Lakeville Historic District, date from the 1750s.

Lakeville today is not - as these pictures might suggest - some sort of life-sized, industrial-chic diorama. It's a normal, modern, surprisingly busy Connecticut village, with offices and shops and everything else you would expect. It just happens to have at its center a mill pond and the memories of an arsenal. It also has a little train station, of the sort you find all over this state, which must have been how my dad got here all those years ago, to stay at that hotel which really did exist. 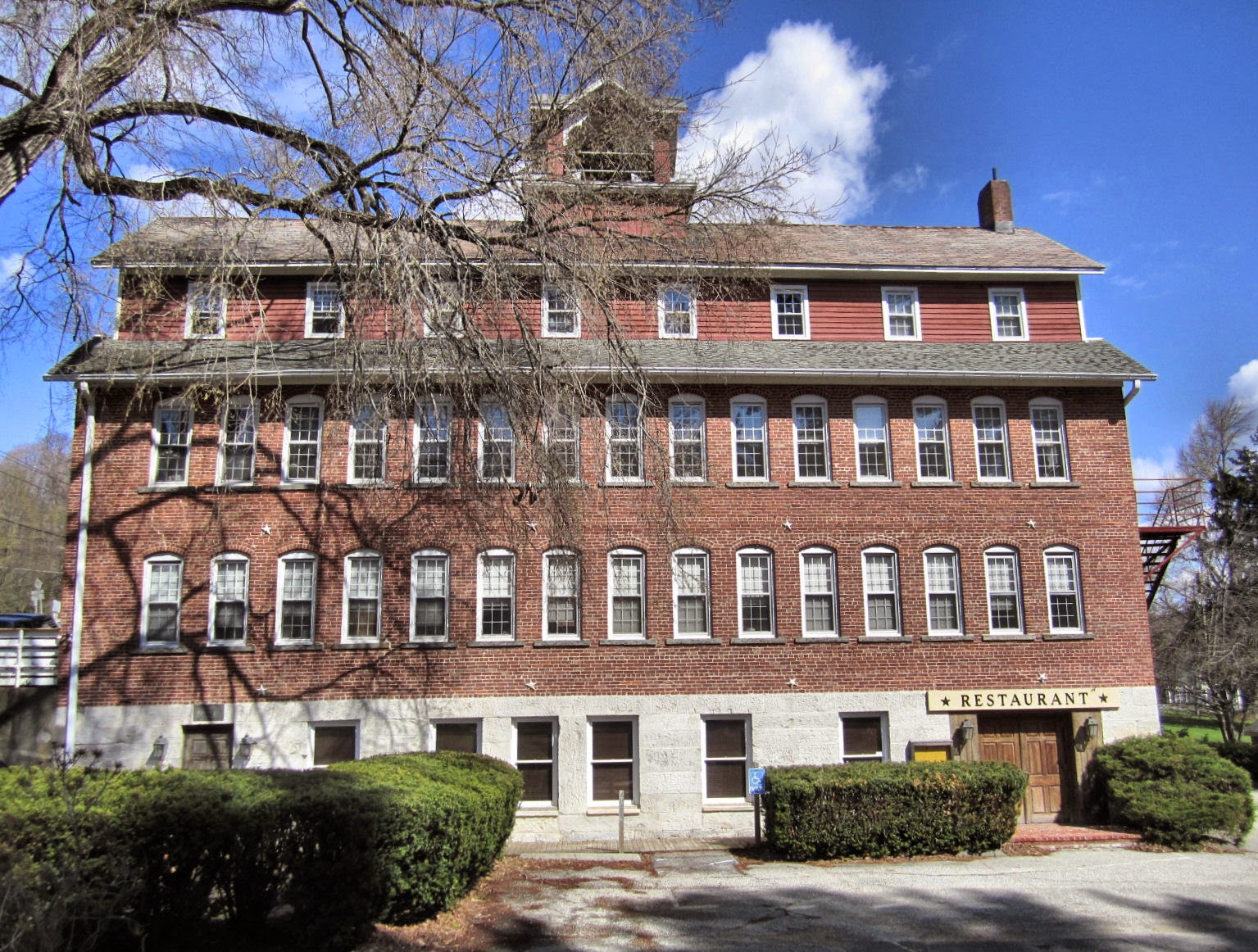 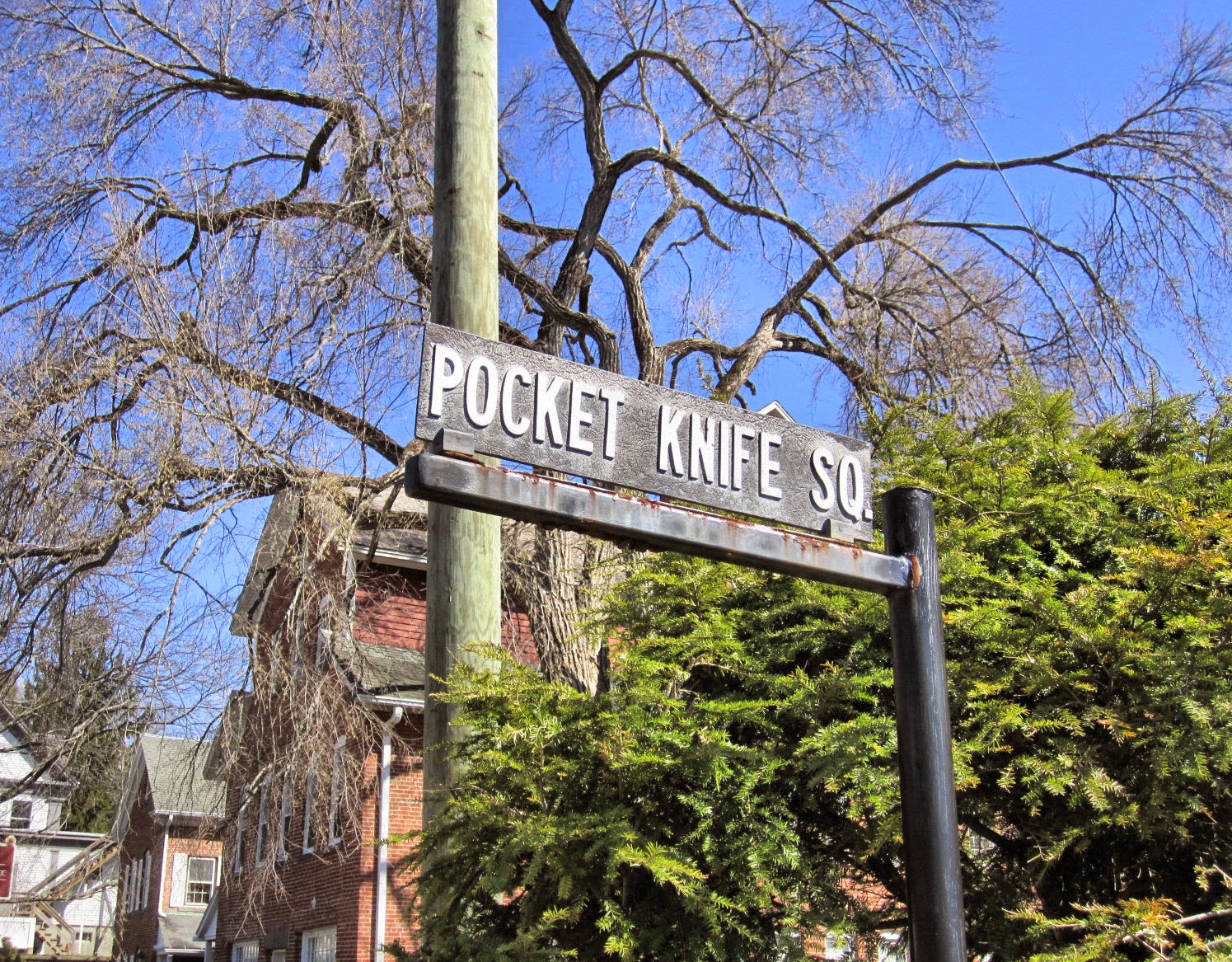 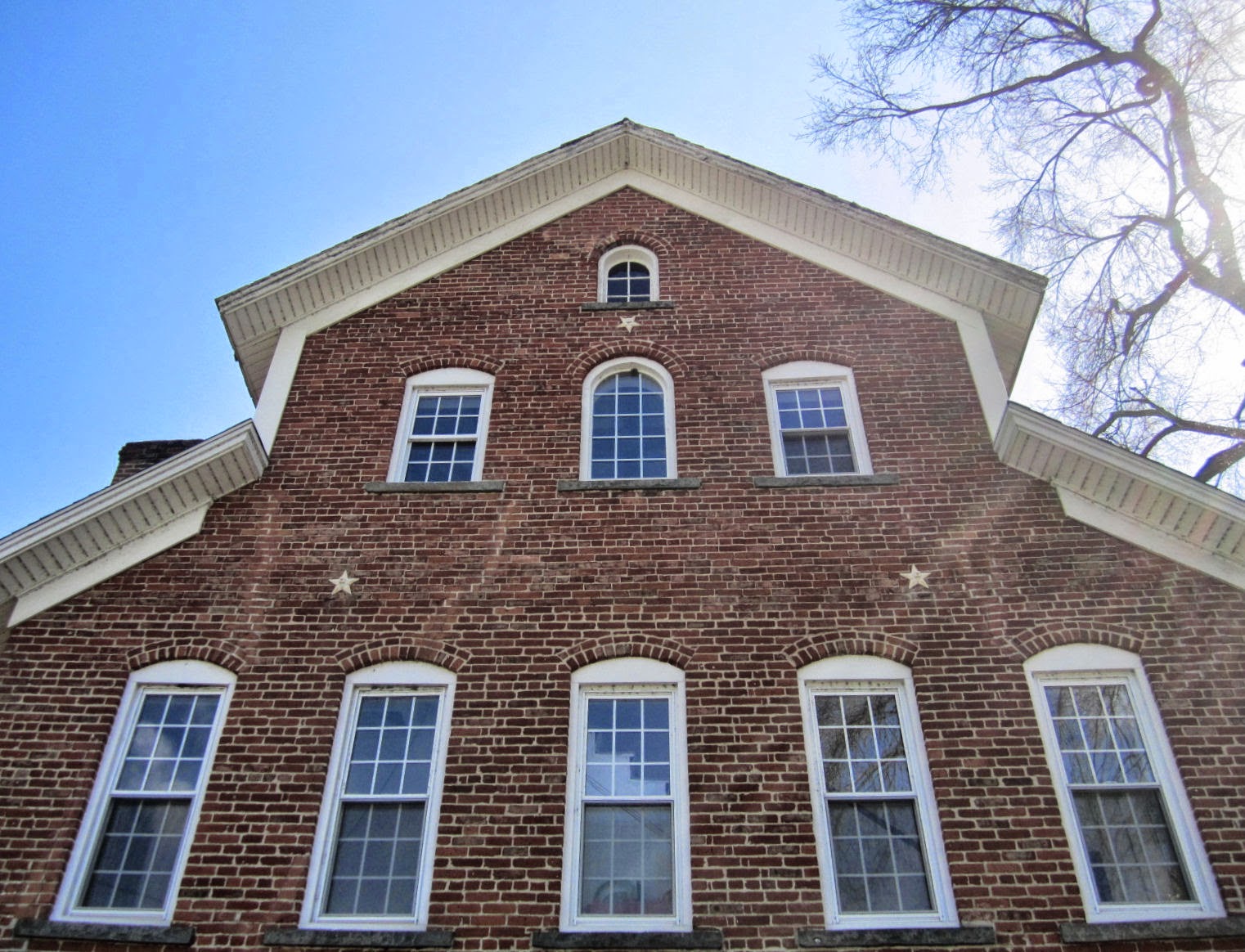 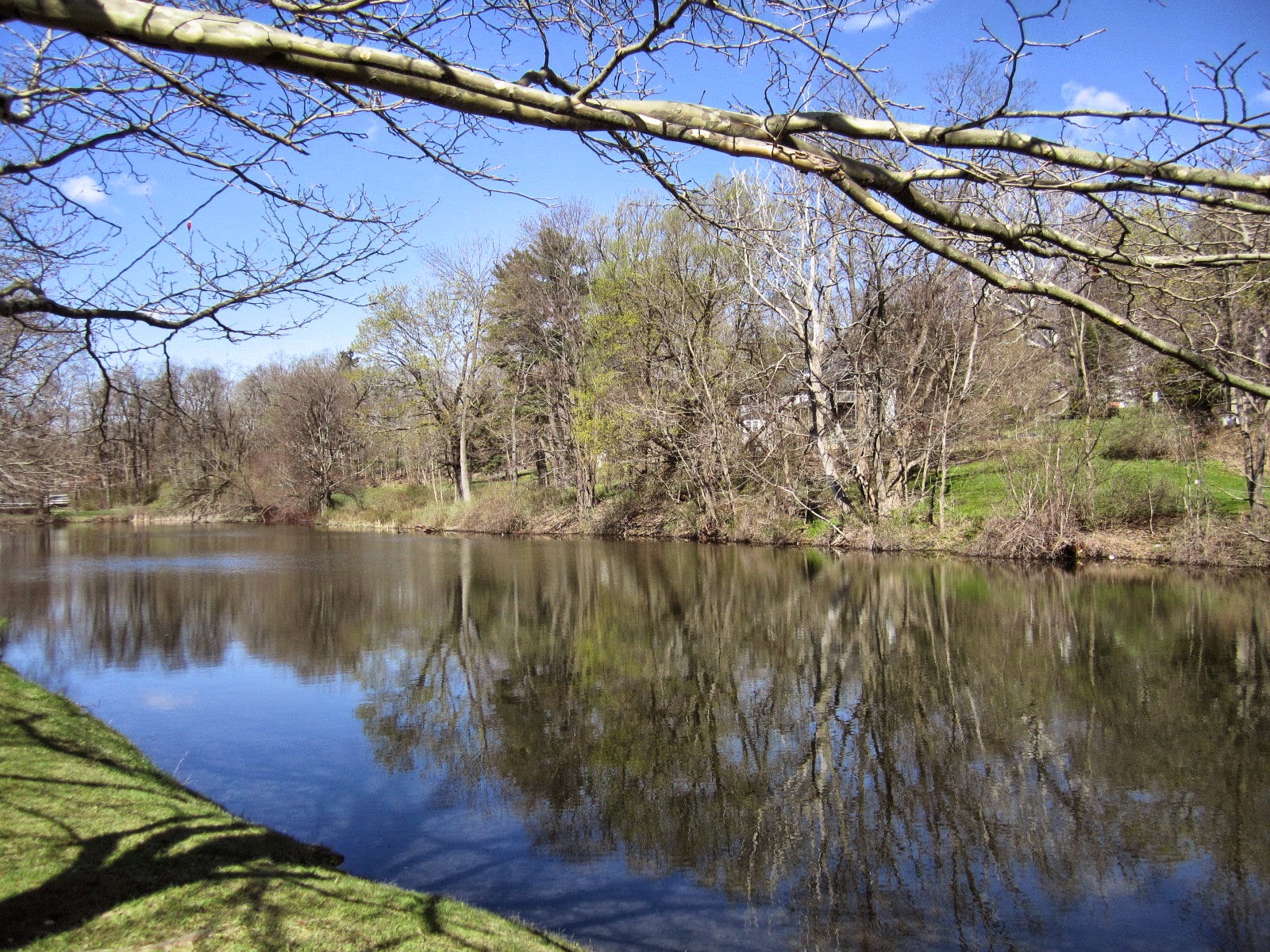 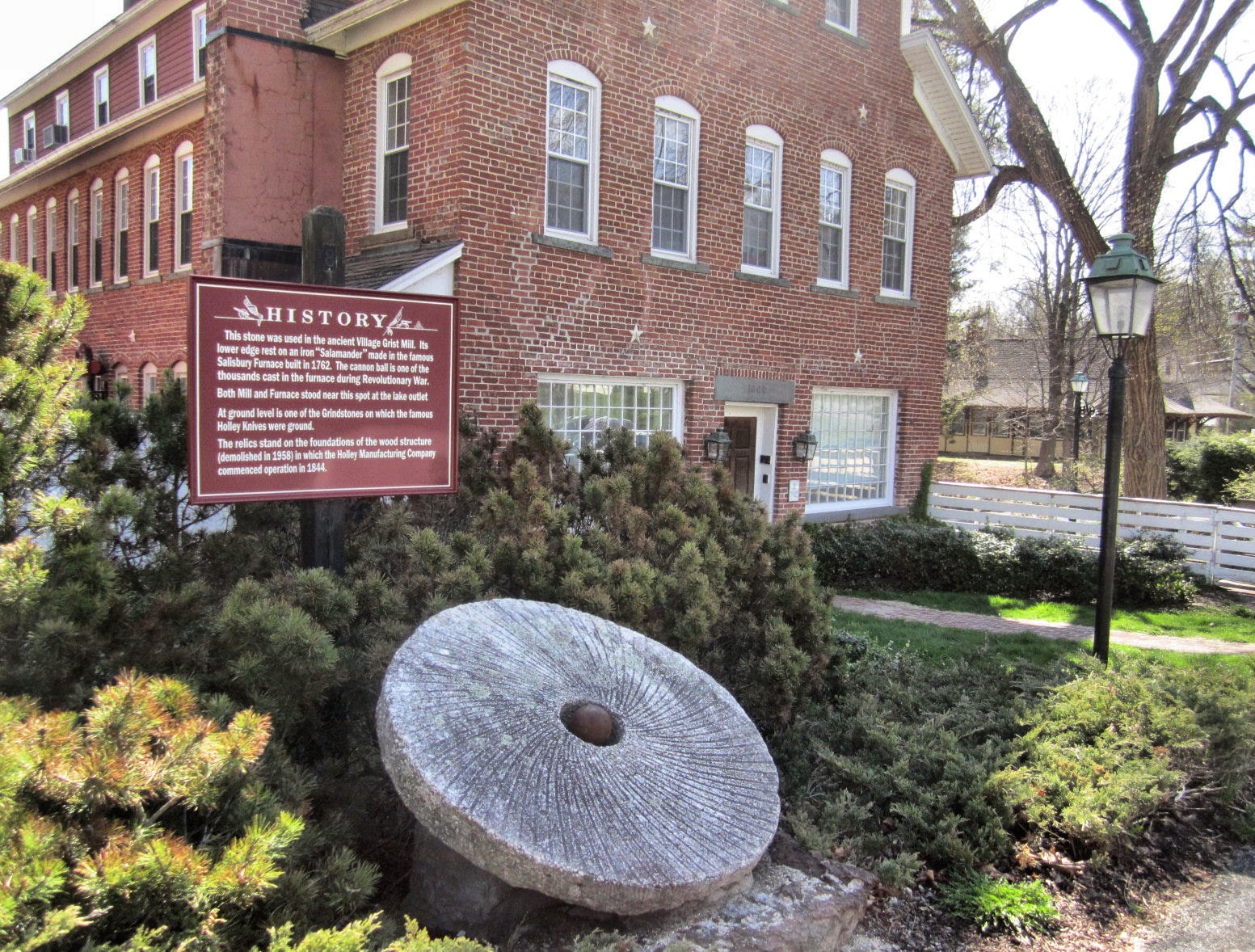 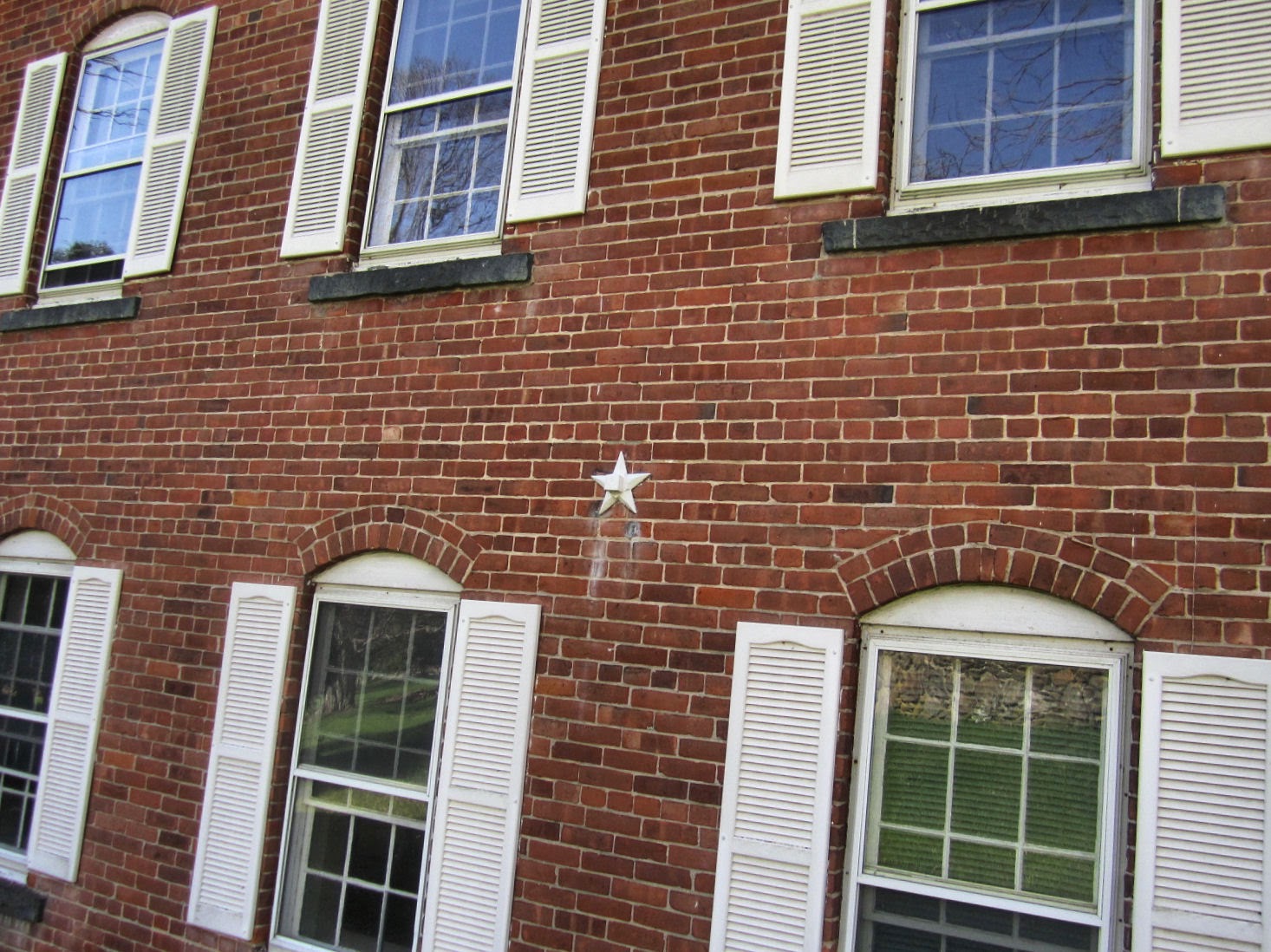