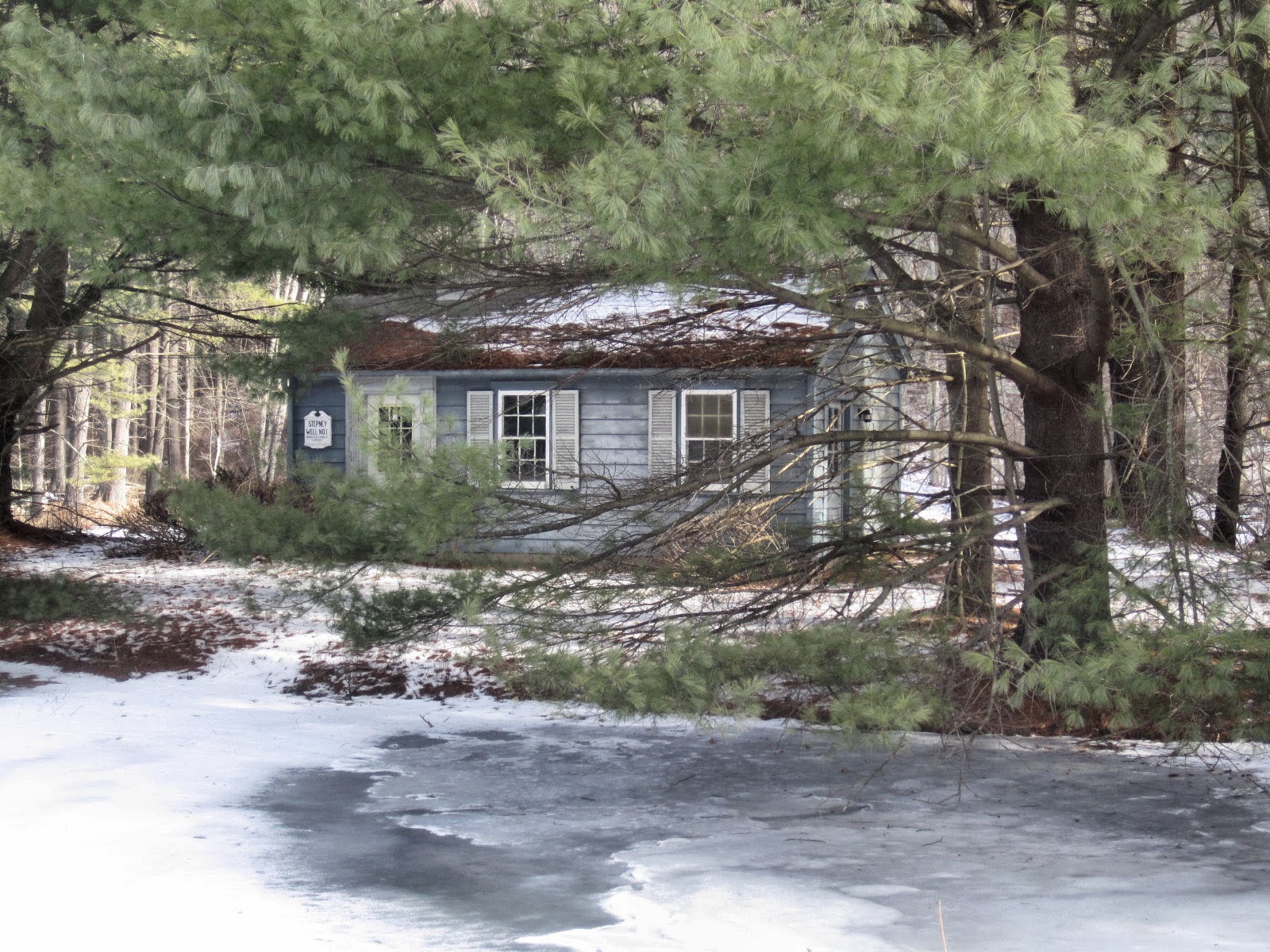 So I was driving along Route 25 in Monroe and I saw what I thought had to be a small blue one-room schoolhouse across a frozen lake. My first thought was Damn you, Monroe, you lied to me! I had thought there were only two schoolhouses in Monroe. (My second thought was that "Damn you, Monroe, you lied to me!" sounded like something Alexander Hamilton would have said.) I finally figured out how to get up close to the building. It did not, as I'd feared, involve driving or walking over ice. It did involve ever so slightly trespassing onto the Centennial Watershed State Forest, but, these things happen. 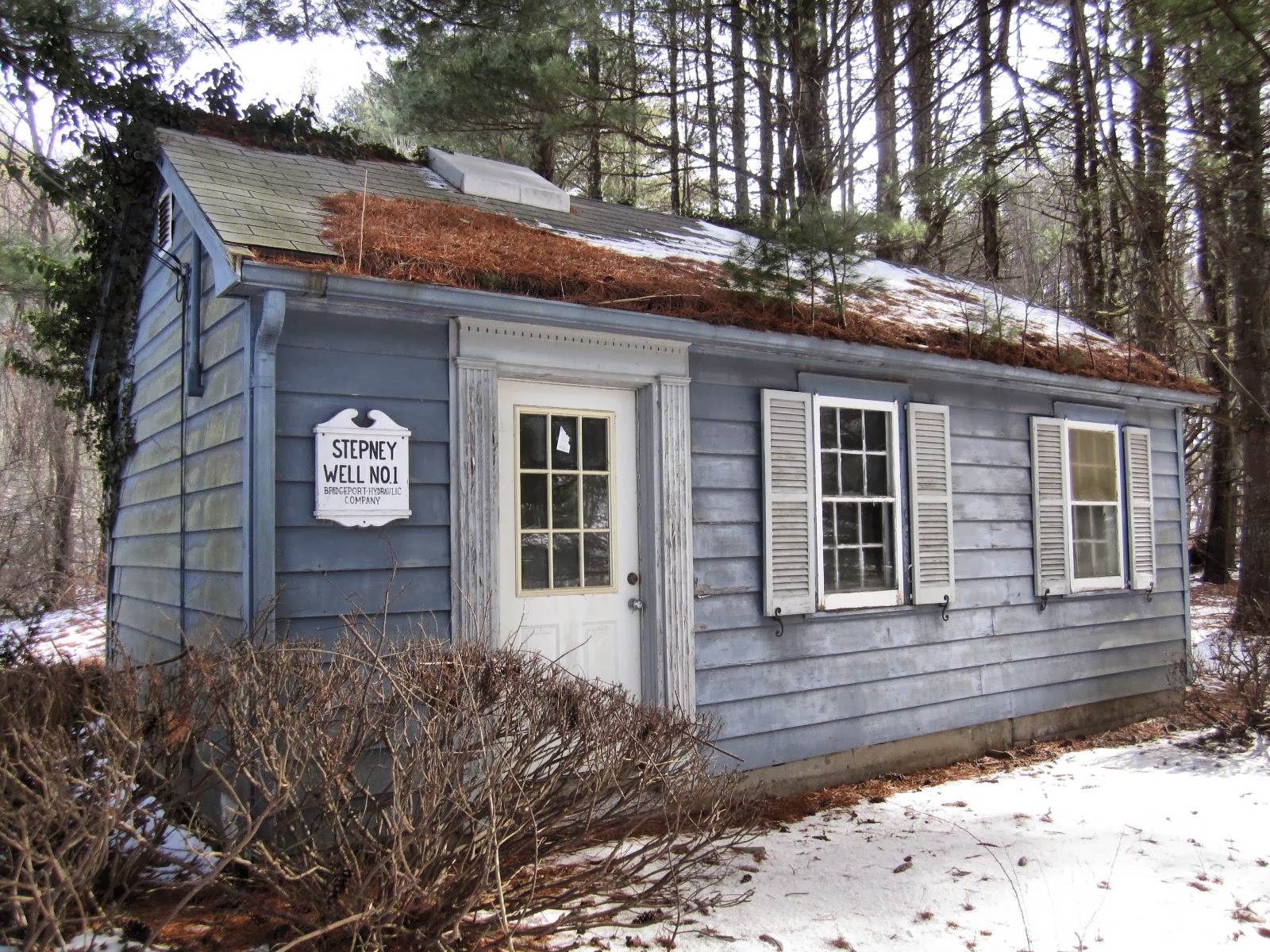 And what I found was so much better - or perhaps I should say, so much rarer - than a schoolhouse. The diminutive structure was really Stepney Well No. 1, of the former Bridgeport-Hydraulic Company (now known as Aquarion.)

If you're thinking Wait, back up, WTF is Stepney? don't worry, it's just a part of Monroe. It's fairly big, pretty much a town of its own. But it's not a town of its own, so the first time you see it you can get confused. Same goes for its southern neighbor, Tashua. If you're thinking Wait, there's a Tashua? there isn't, not exactly. It's just a part of Trumbull. 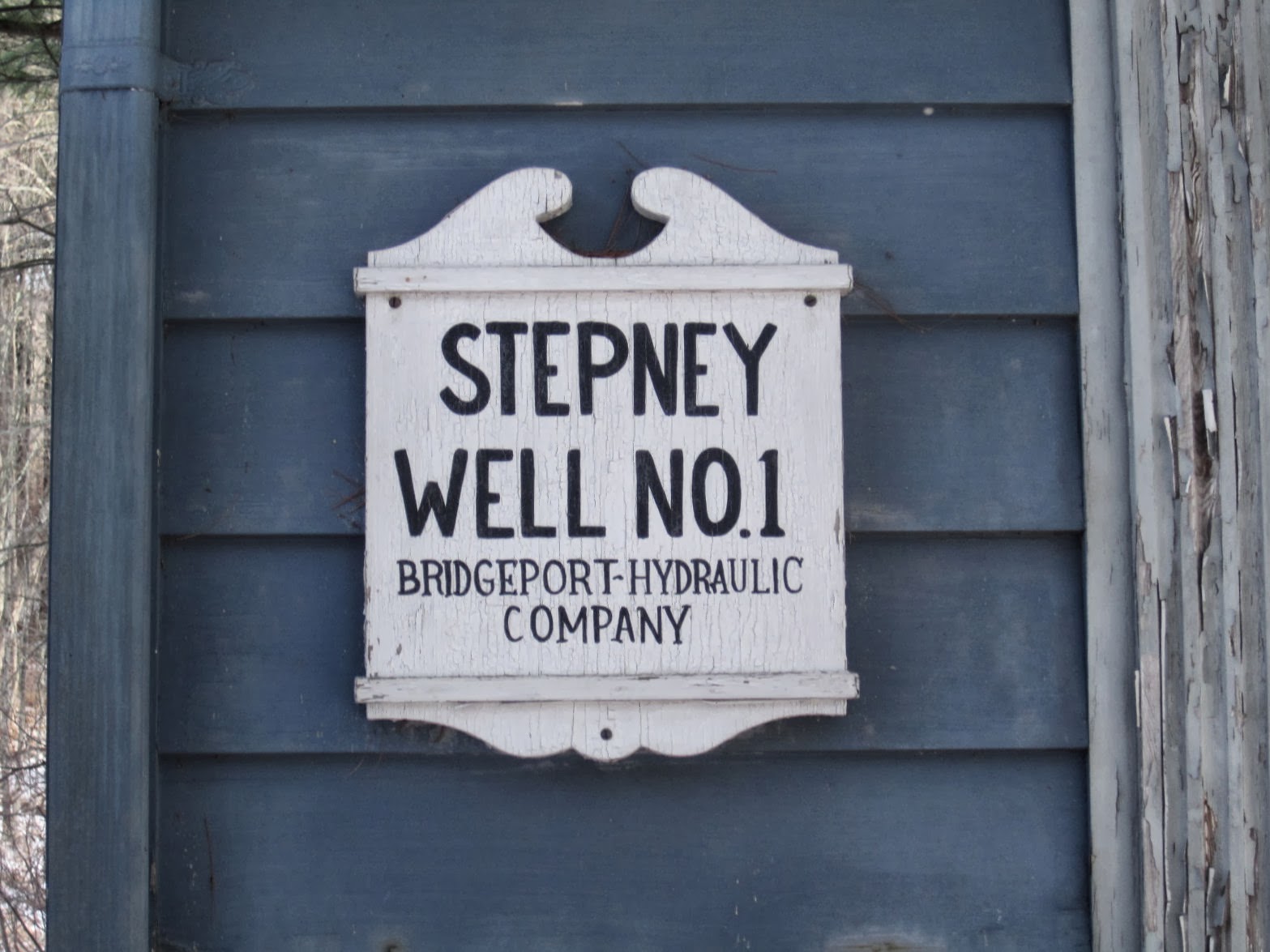 Anyway. Stepney was once a toll station on the Bridgeport-Newtown Turnpike (now known as Route 25.) There's a plaque near this building which says:

The forerunner of CT Route 25. Five toll stations were located along this road. Travelers would be stopped by a pole or “pike” across the road attached to a base. Upon paying a few cents toll the attendant would turn the pike allowing the travellers to continue, thus the name “turnpike.” This turnpike was a catalyst for Stepney’s commercial growth & for moving goods from Bridgeport to Danbury.


It was placed there by the Save Our Stepney Task Force. Of course it was.
Posted by Johnna Kaplan at 7:00 AM