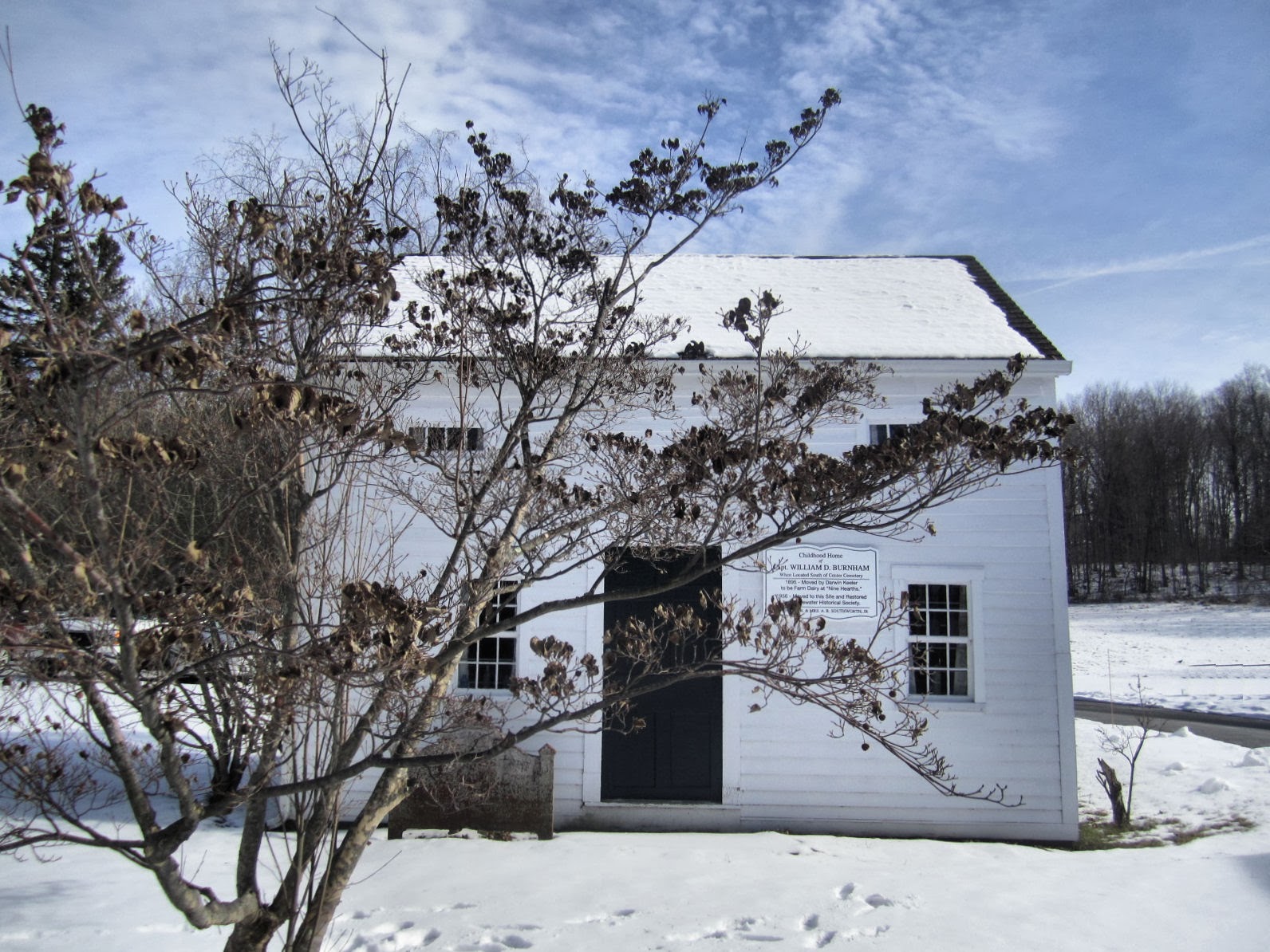 The theme so far this week is, I see a thing I think is a schoolhouse, I stop, and I learn it's something else entirely. 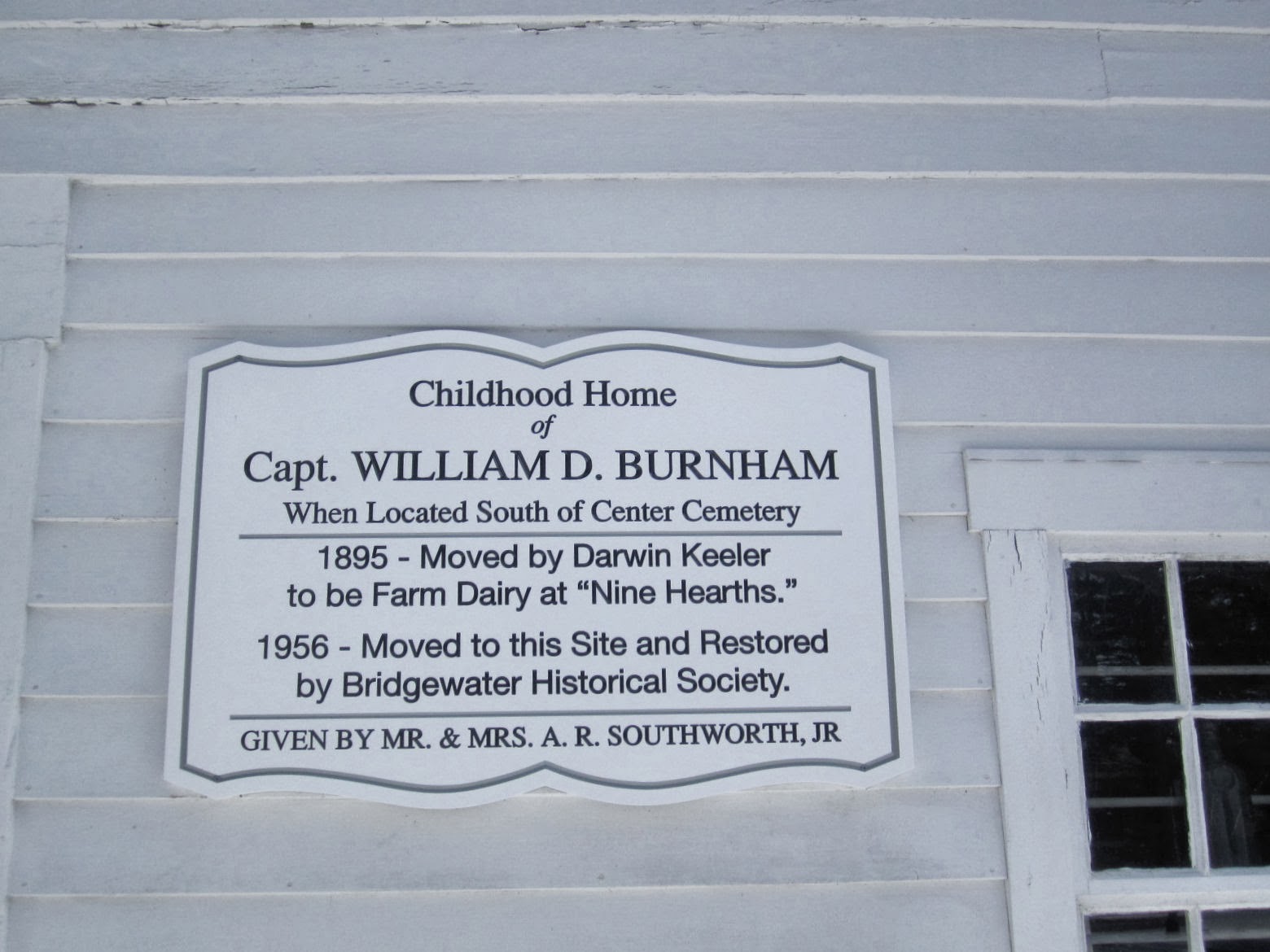 Take this very small house next to the library building in Bridgewater.

So who was Captain William D. Burnham? He was born in 1847, he went to sea at the age of 14, he had blue eyes and looked "the picture of a jolly sailor," according to a writer who met him. He was covered with tattoos, there's a bank (the land kind, not the money kind) near Cape Horn named after him, and he was the first manager of the American-Hawaiian Steamship Company. And the D stands for Dixon.

If you want more, the Town of Bridgewater has a PDF about him. 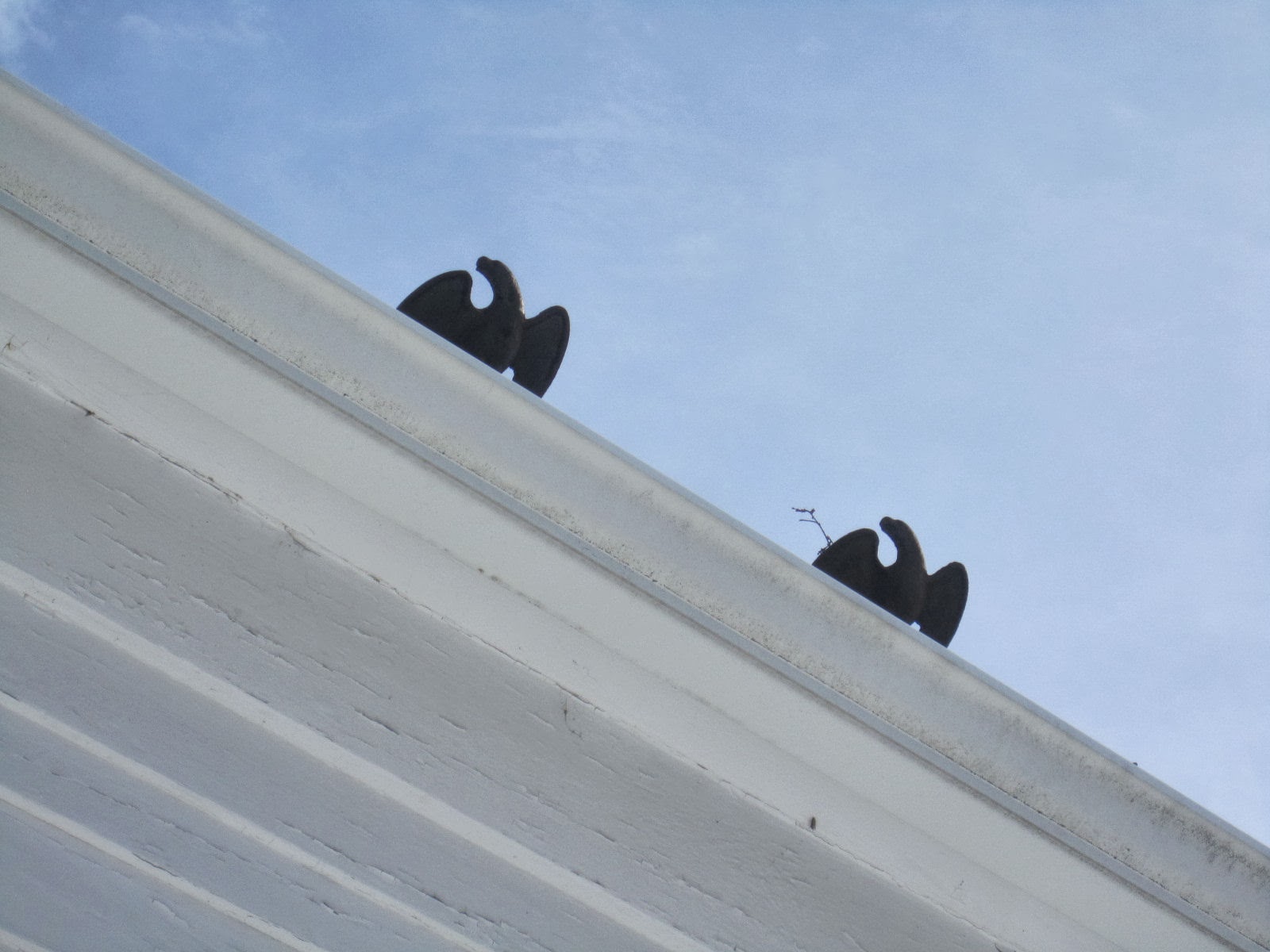 His life sounds fascinating, but as I stood in the snow in Bridgewater I was far more interested in the little birds permanetly perched above his doorway. 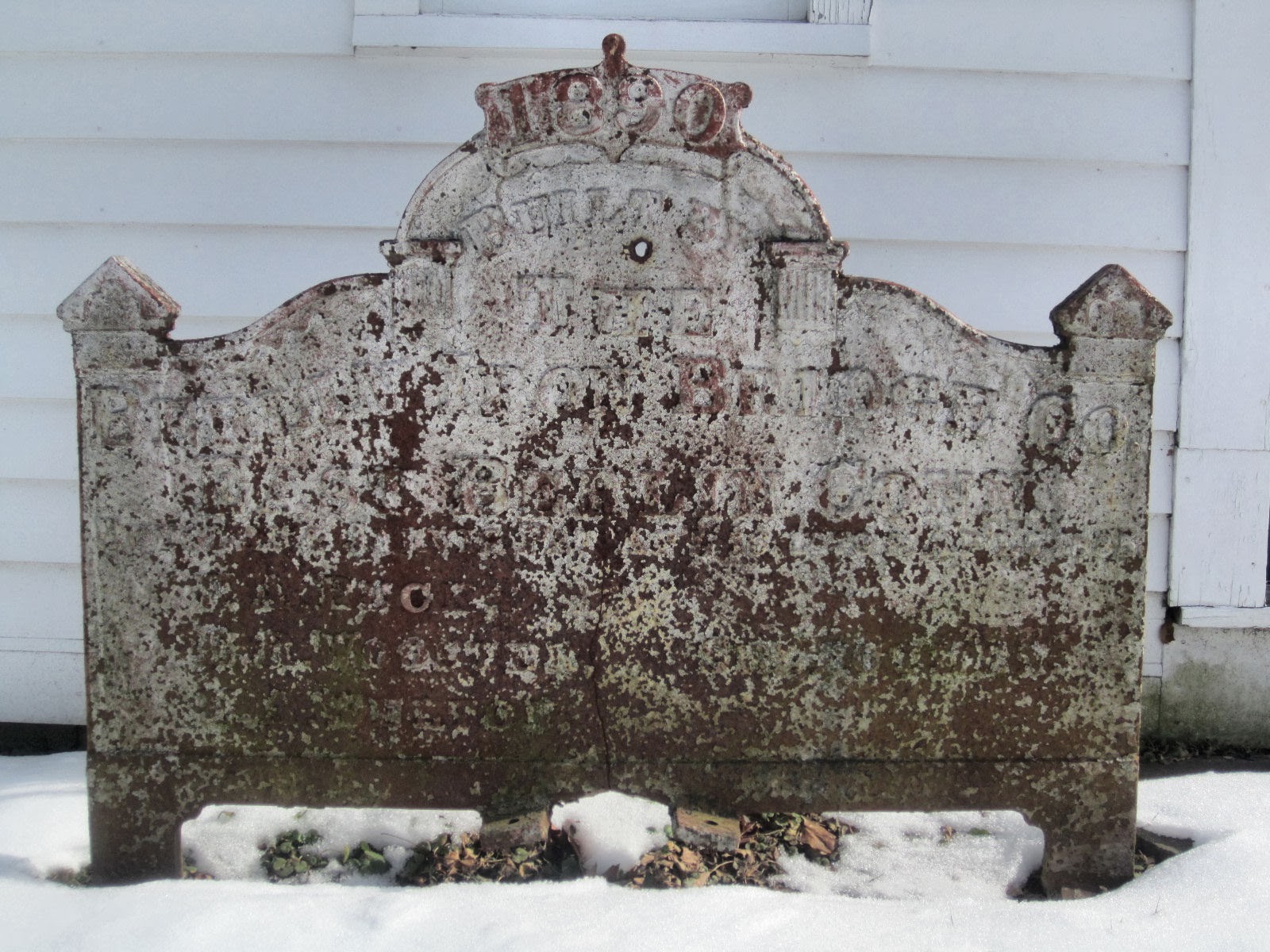 This happens to be my first post about Bridgewater, but I'm sure it won't be my last. Bridgewater is one of those towns where practically every building could be photographed for a coffee-table book of pristine New England scenes. 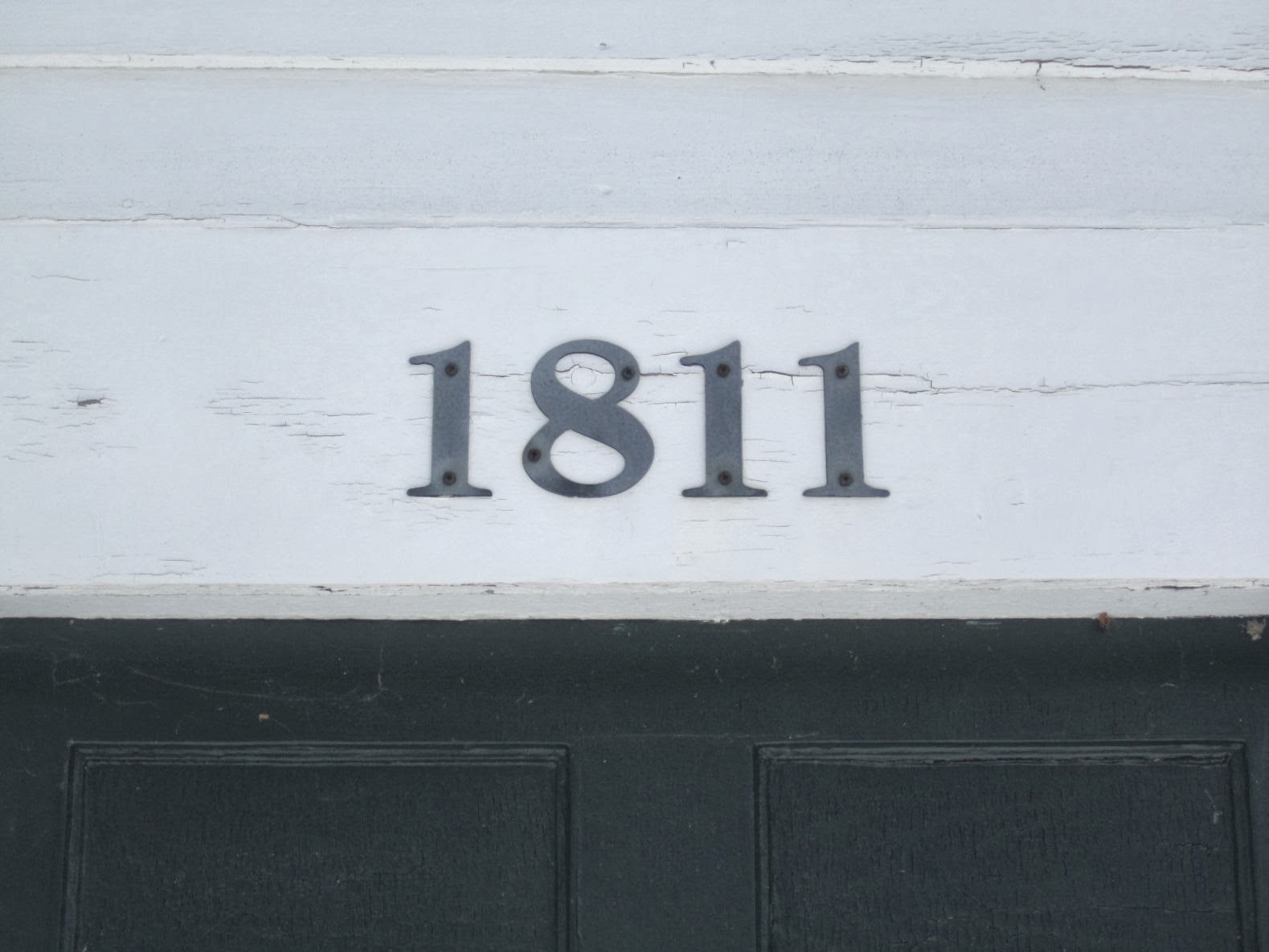 Captain Burnham wanted to "put Bridgewater on the map," but today the town is pretty much only known for being Connecticut's sole remaining dry town. (For now.) You can drink in Bridgewater, I should point out, you just can't purchase alcohol here. As this News Times article explains, the town's lack of drinking opportunities is "not because they don't like alcohol but because they don't like the commerce." 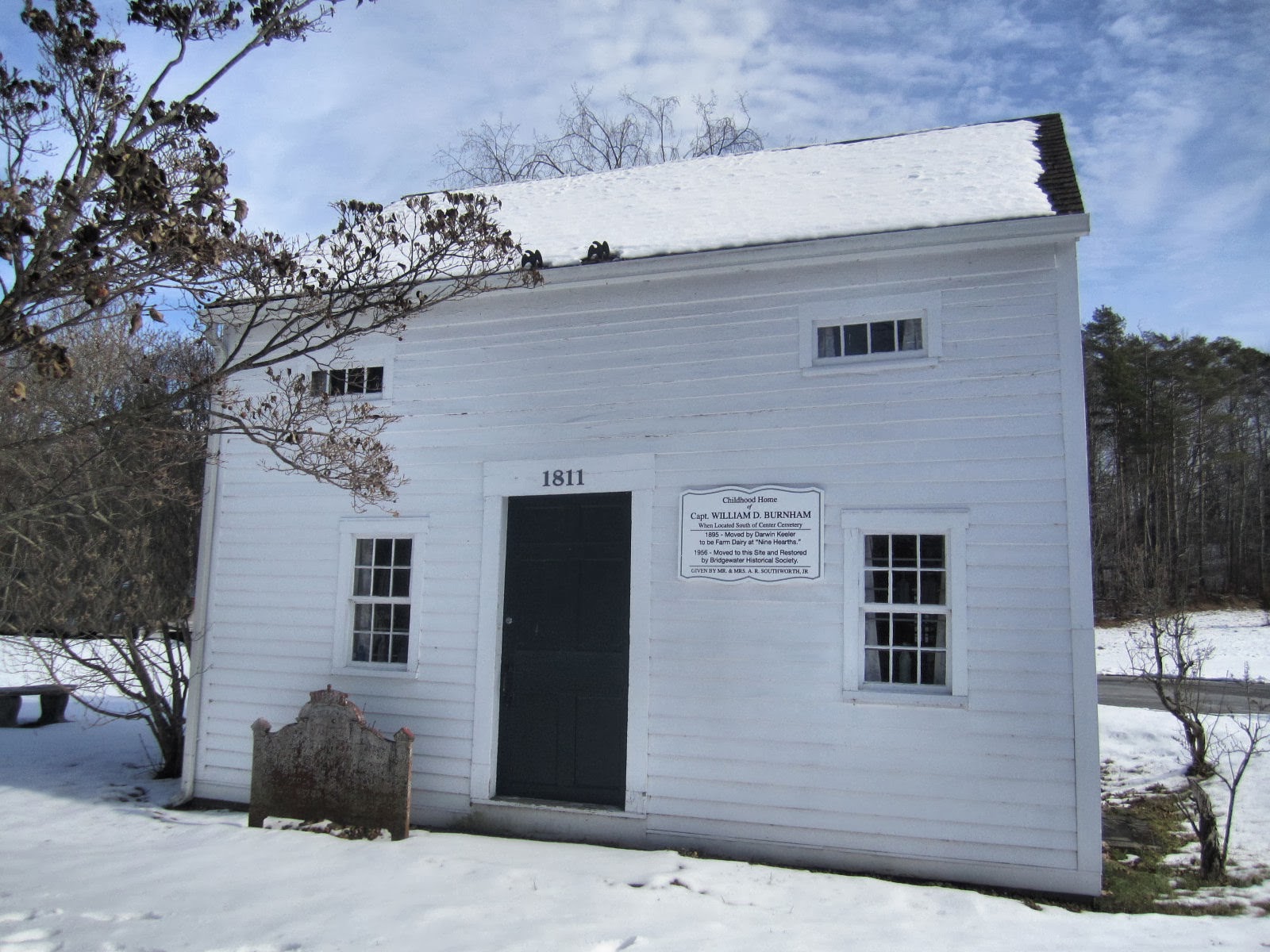 I wonder what Mr. Entrepreneurial Tattooed Jolly Captain would think about that.
Posted by Johnna Kaplan at 7:35 AM