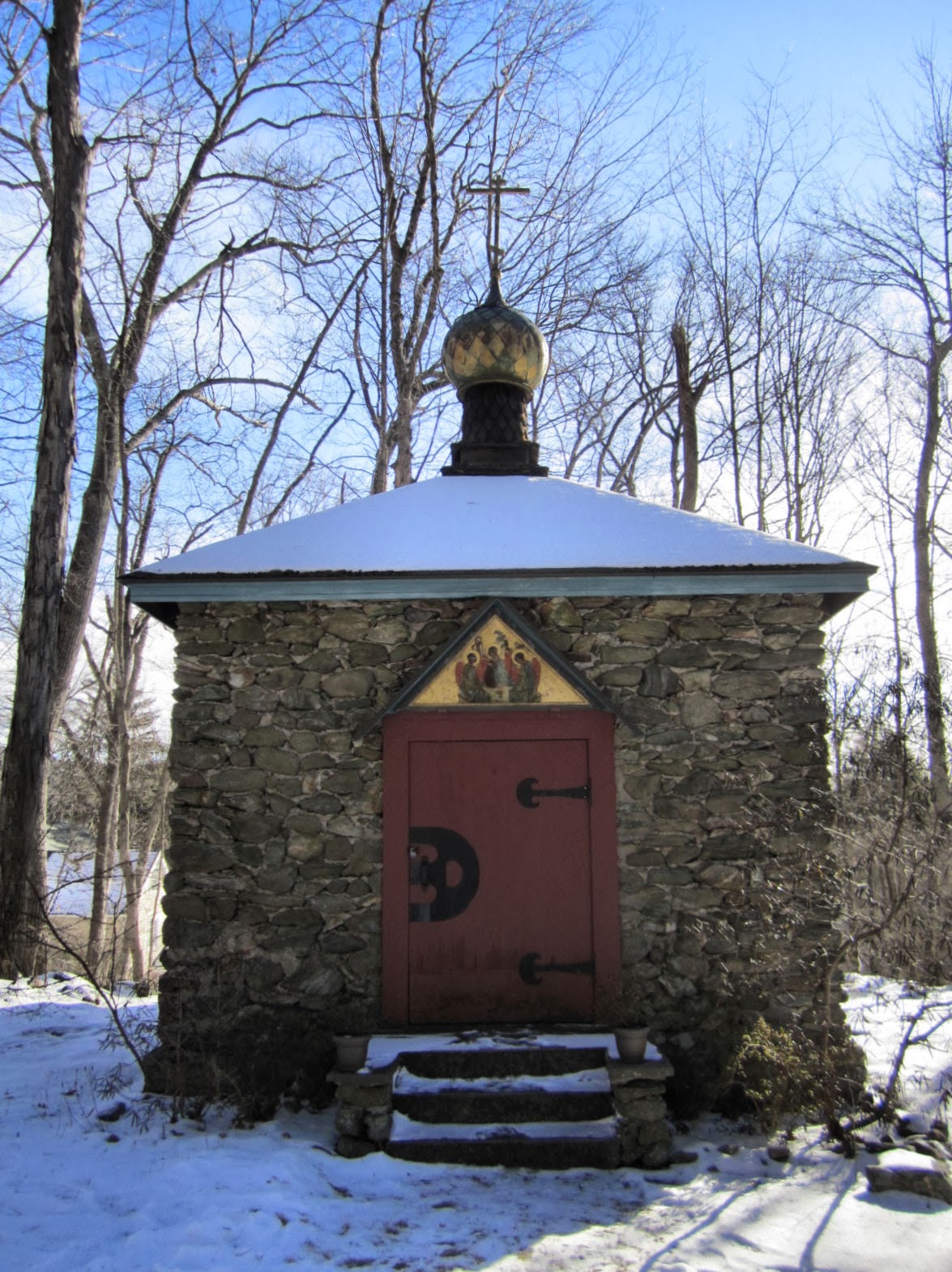 This is the St. Sergius Chapel in Russian Village in Southbury.

There's a place called Russian Village in Southbury because in 1925, a small group of Russian immigrants bought some land deep in the woods here, where the birch trees reminded them of their homeland.

They planned a colony, named Churaevka after a fictitious Siberian village in a novel by author and professor George Grebentschikoff. Led by Grebentschikoff and Count Ilya Tolstoy, son of Leo Tolstoy, the group of artists and writers who had fled the aftermath of the Russian revolution turned this place into a summer retreat and center of Russian culture.

They constructed this tiny Russian Orthodox chapel and a cluster of cottages. They ran a Russian-language print shop. Residents were artists, writers, and dancers; visitors included composer Sergei Rachmaninoff and actor Michael Chekov.

Churaevka is no longer a primarily Russian enclave, but it still exists as a small community off I-84. I mean right next to I-84, yet practically impossible (unlike most of Connecticut's cool little spots) to stumble upon when lost.

Its streets are named Russian Village Road, Kiev Drive, and Tolstoy Lane. The cottages have been modified for year-round habitation, but the layout has changed little since Grebentschikoff first surveyed the land in the 1920s.

It was strictly a summer place, back then, but there's something curiously magnetic about it in the winter. As in, when I took these pictures it was 14 degrees out and I forgot my gloves in the car and I didn't even mind. 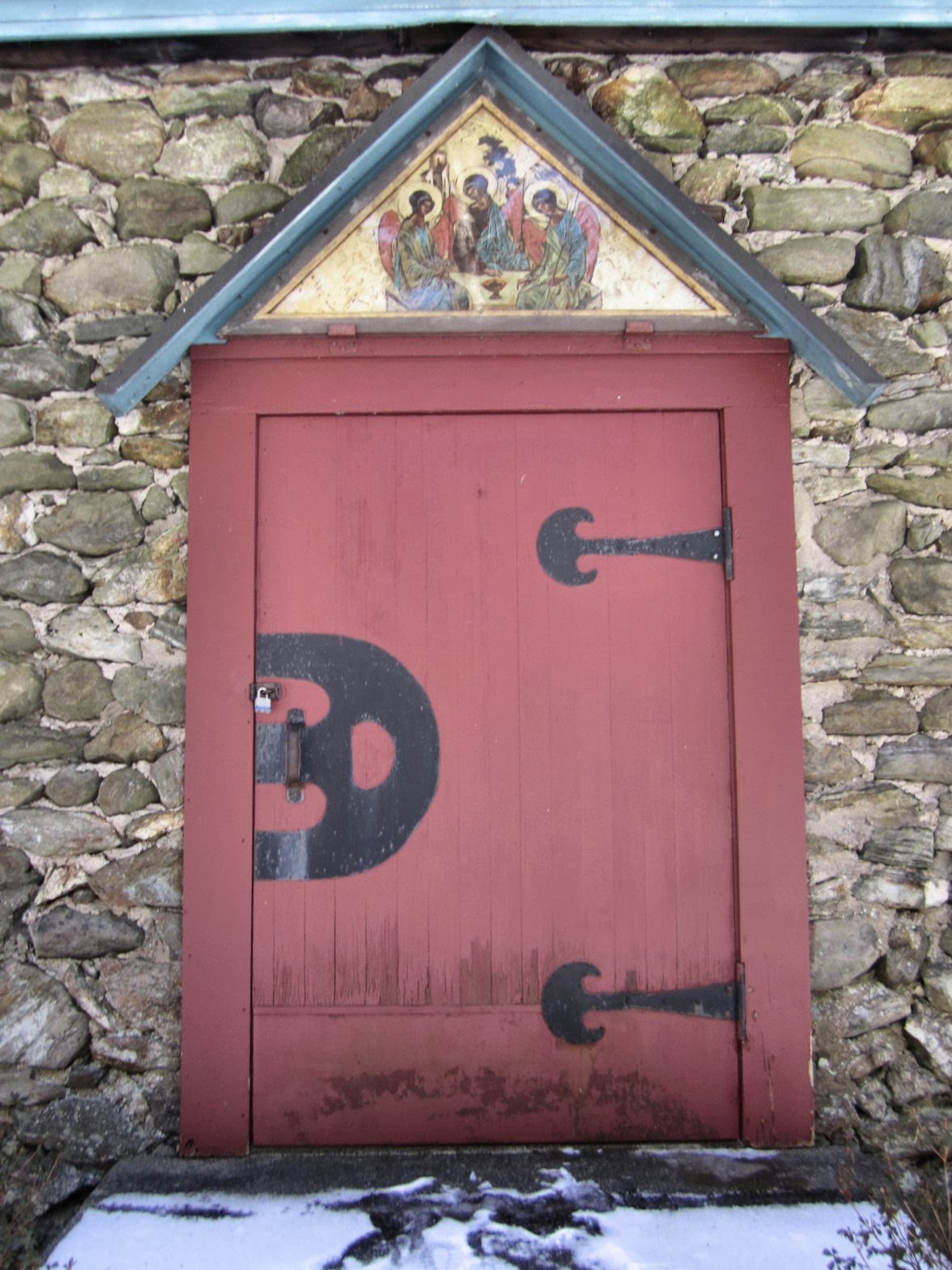 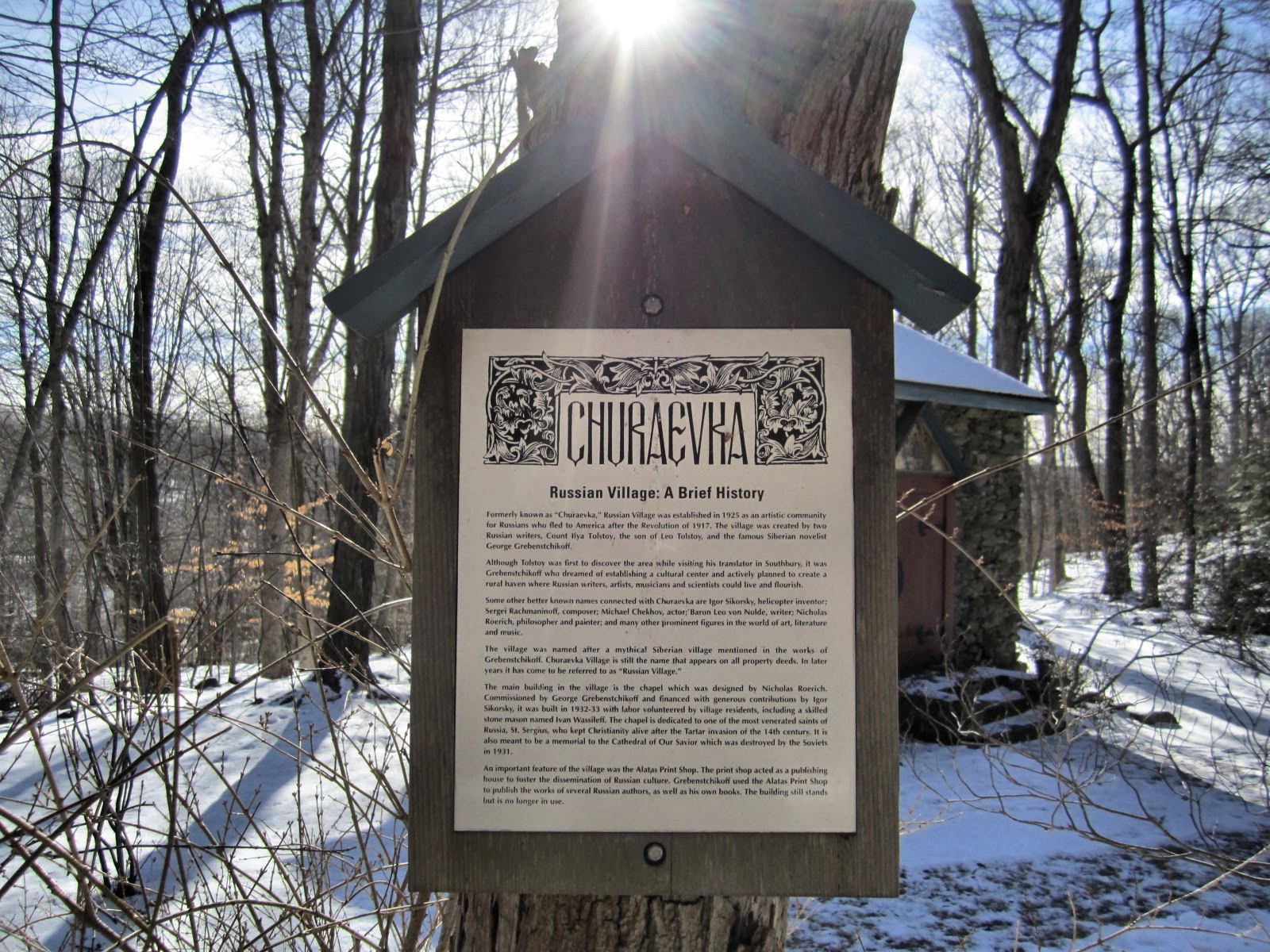 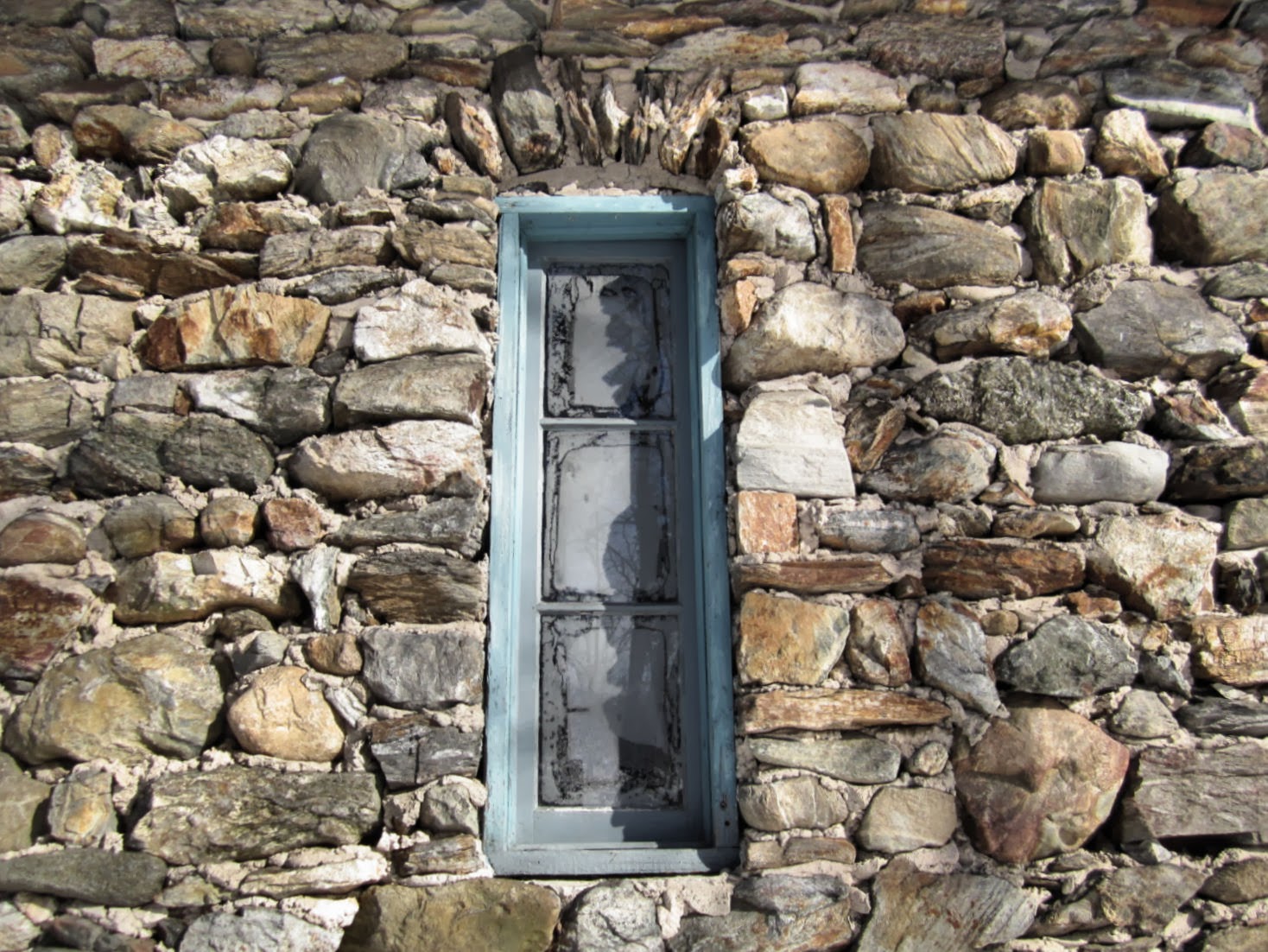 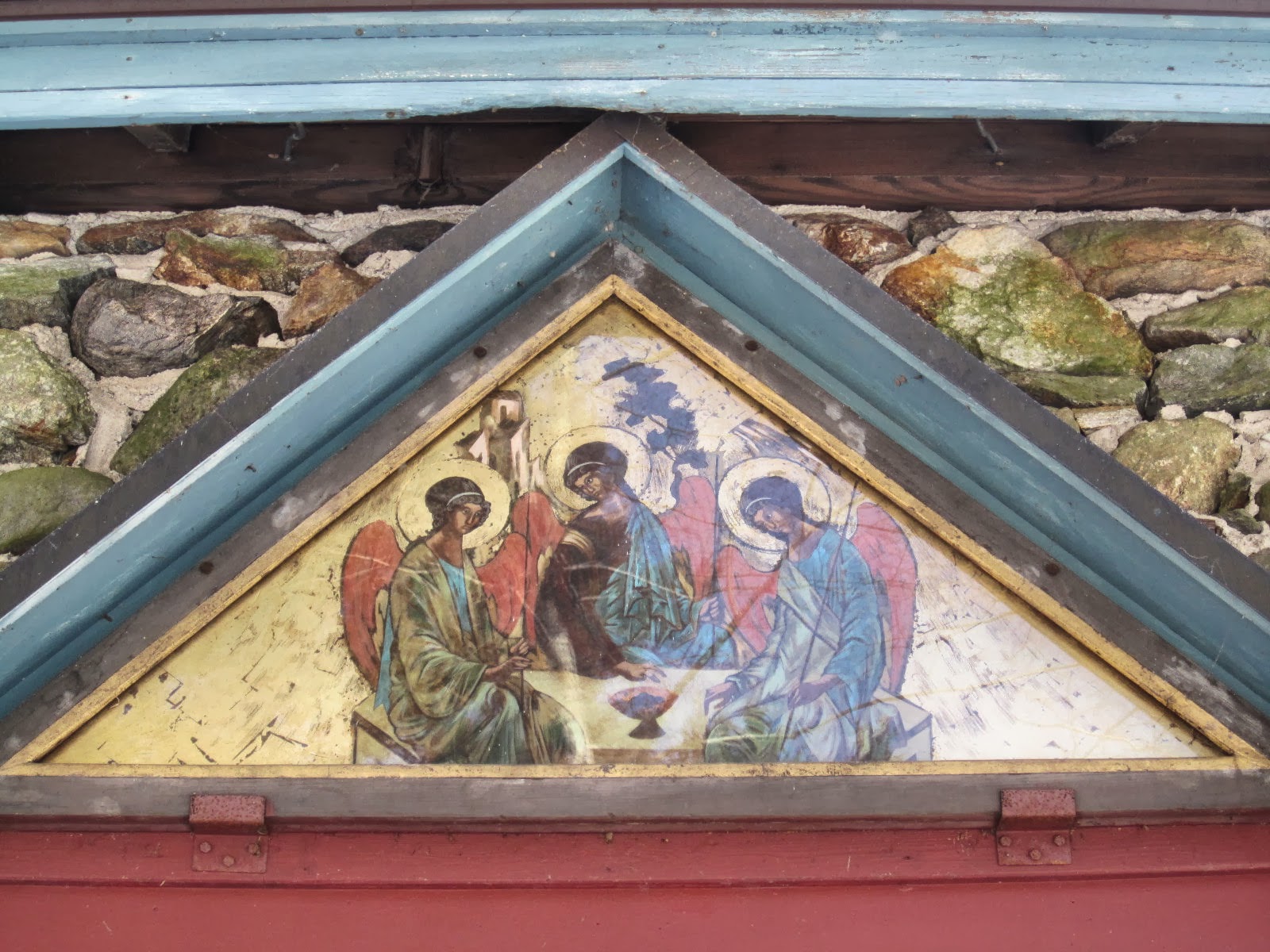 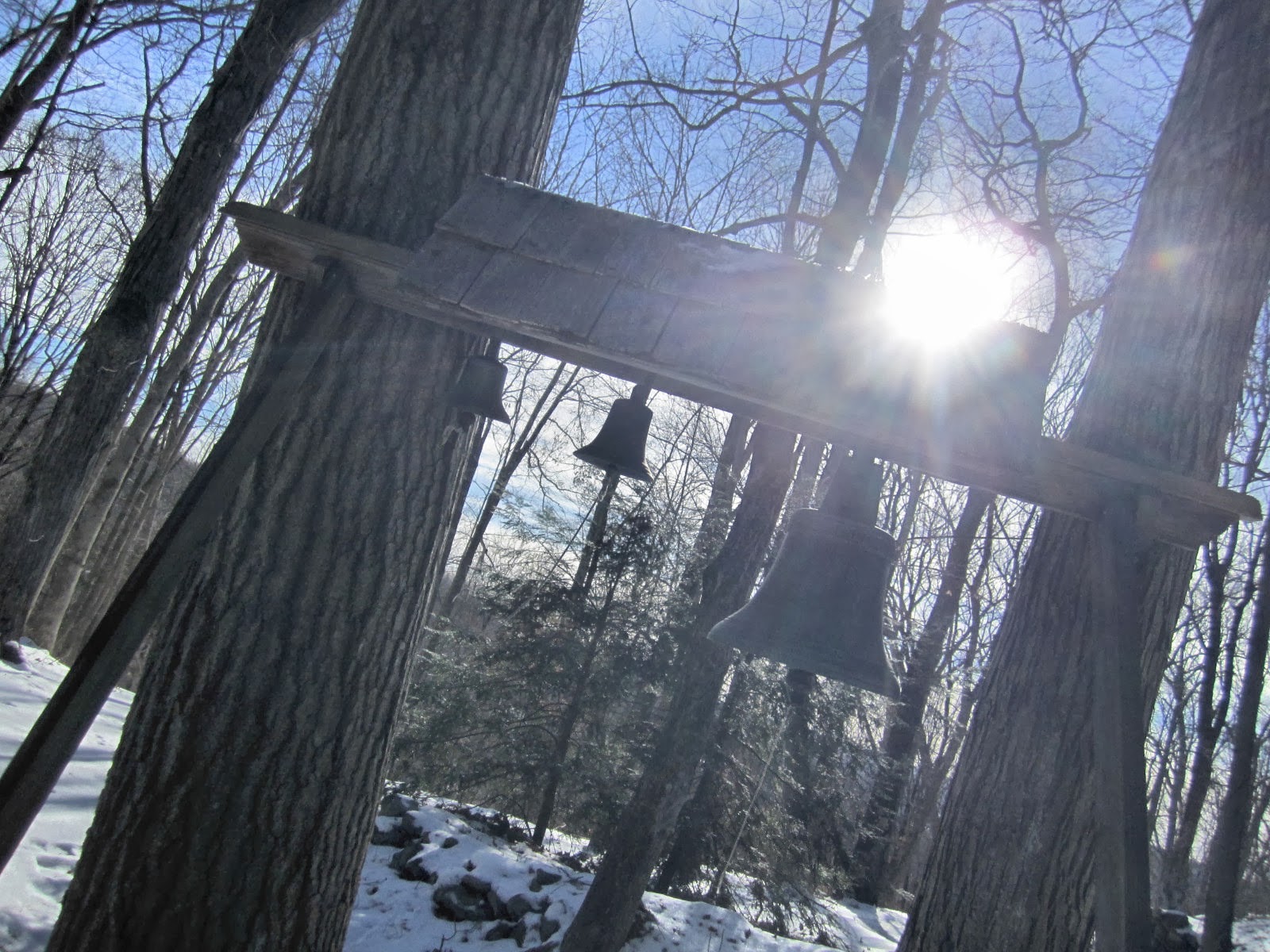 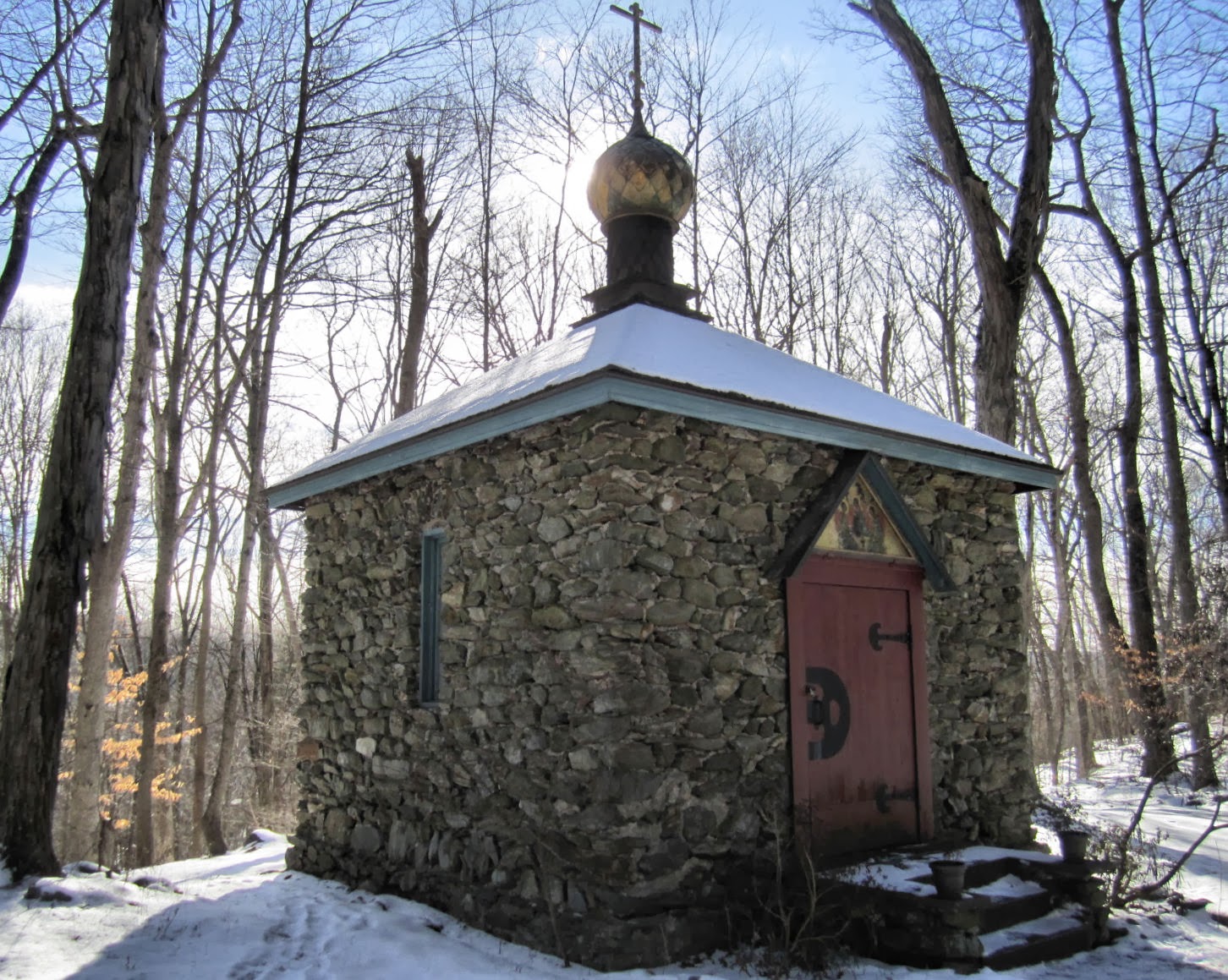