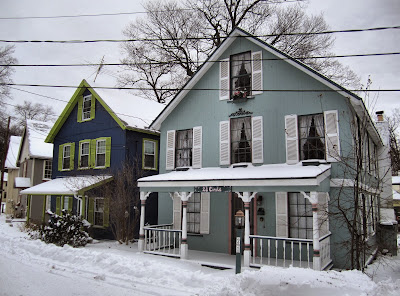 Although I have enough experience to trust that Connecticut will always provide me with beautiful, strange, surprising, hidden (or not), inspiring places to see, I sometimes start to doubt. What if I've seen everything?

But whenever that happens (it's infrequent, but it happens) I end up (for example) wandering alone on the snow-covered unpaved roads of a 19th century religious revival campground in Plainville. I end up not caring if I get lost in little lanes where little cottages of every color face every which way. I will never see everything. 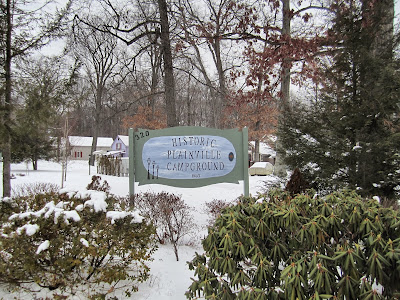 The campground dates from 1865. It began as a Methodist camp meeting site. 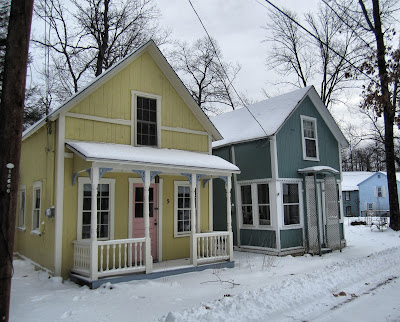 At first, it was just a collection of tents, in and around which people from all over the area would meet in the summers for days of praying and singing. 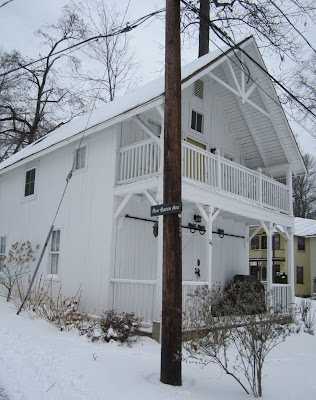 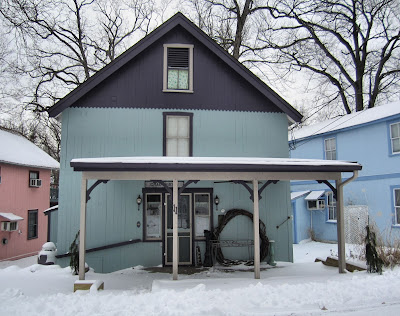 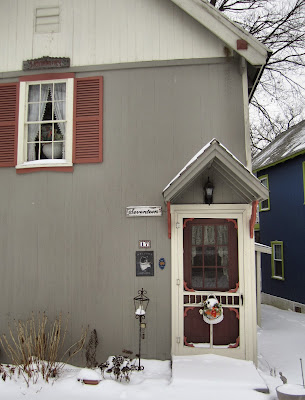 The Methodist Church sold the property to the Plainville Campground Association in 1957. 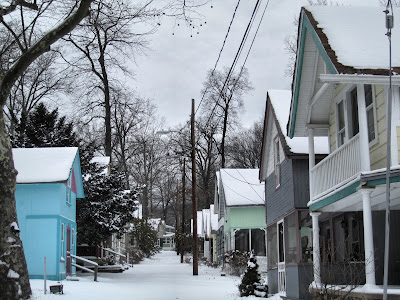 The urban renewal of the 1970s almost saw these houses torn down. 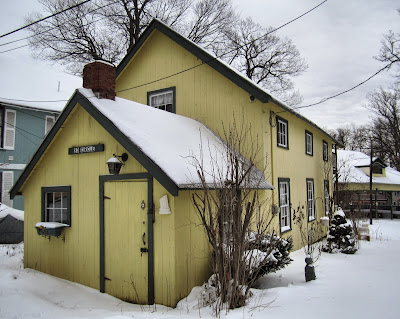 Thankfully, enough people recognized the historic value of this place, and that didn't happen. 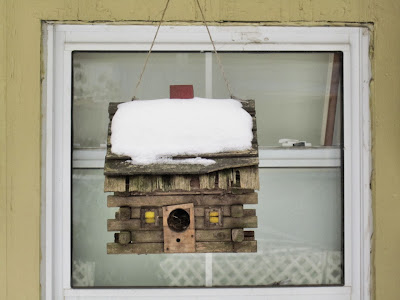 The campground was added to the National Register of Historic Places in 1980. 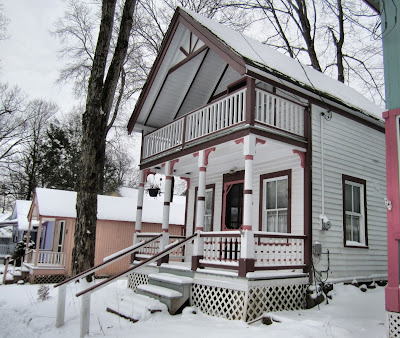 There was something amazingly strange about strolling the snowy streets of this self-contained explosion of whimsy. It was unlike anything I've experienced in Connecticut (or outside of it.) 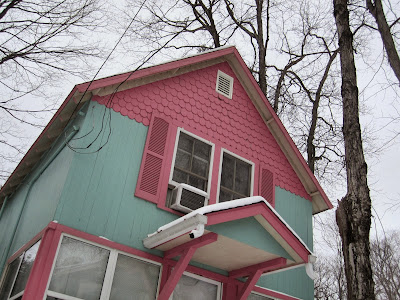 I was not surprised. 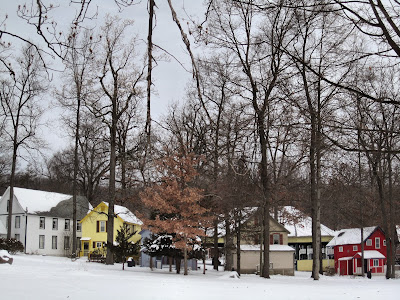 (The Courant has more on Methodists and preservationists. Historic Buildings of Connecticut has more on the cottages and their past, as well as lovely pictures in summer. And you can live here - but only for half the year. And you have to go to church.)
Posted by Johnna Kaplan at 9:00 AM