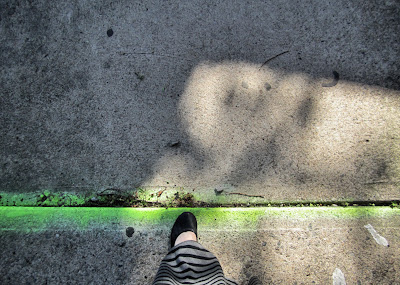 After Washington Street Coffee House and Thames River Greenery, I'm walking to what might be my favorite New London's coffee shop. 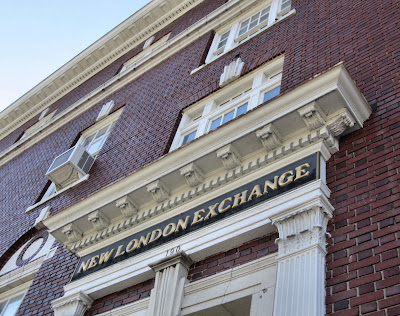 This was once a YMCA building, and is now a charter school, and at some point in between someone decided to call it the New London Exchange Building for, as they say, reasons. 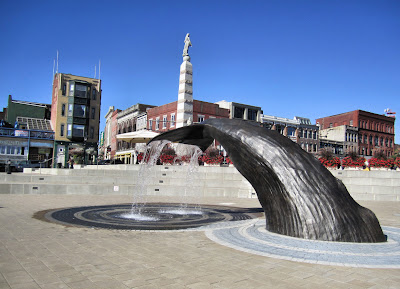 The Whale Tail has been controversial. (Personally I felt at the time that they should have gone with a whale head, and water coming out of the spout. Which would have looked weird but not as weird as a tail sticking up out of the ground. Not that anyone asked me.) Now that it's here, however, and the vast majority of the time no one is abusing it, I've grown to like it. 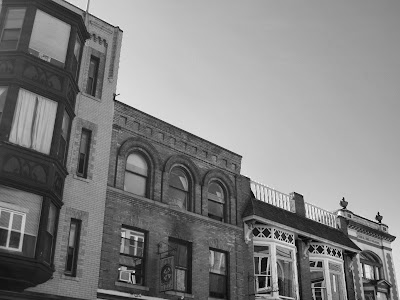 I once had a job that involved asking a lot of New London business owners questions about New London. If I had all their answers written down and made into a tag cloud, I bet the biggest word would be "eclectic." I think of this as an extremely eclectic little block of buildings. 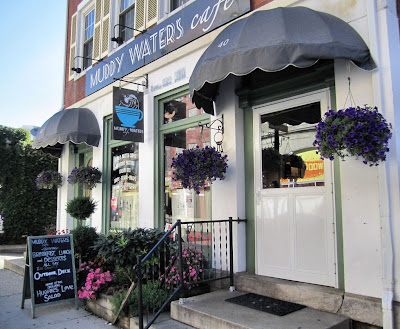 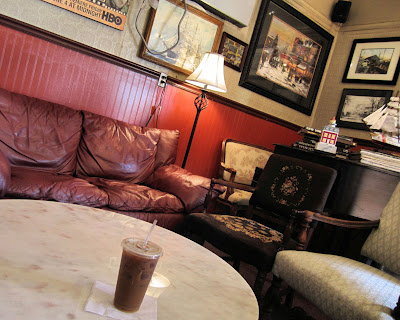 The inside is like a coffee shop from 1995, from the glory days before hipsters were invented. The back deck overlooks the Thames and the train tracks and the ferry terminals and the back decks of other restaurants. 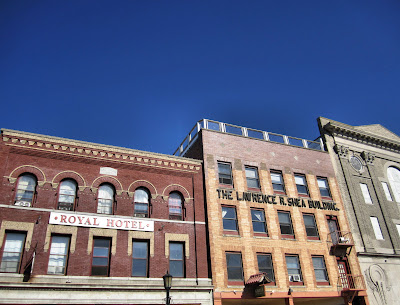 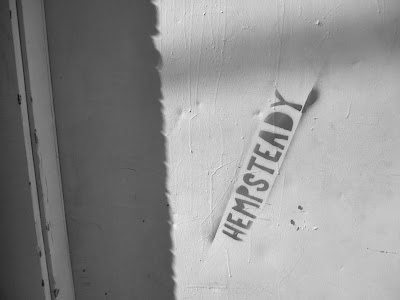 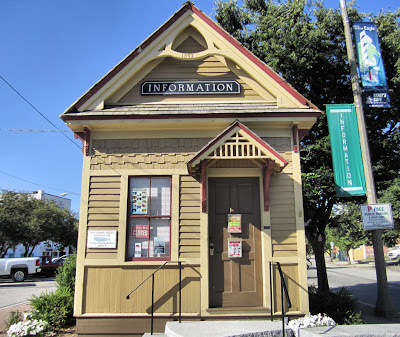 The information booth was once a trolley station, when the world was a better, trolley-track-covered place. 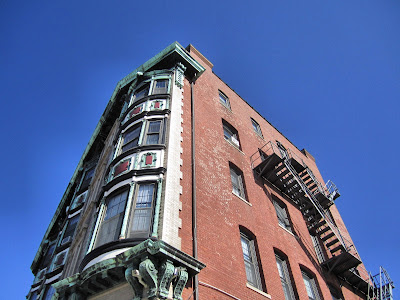 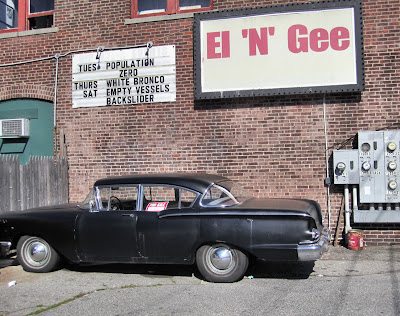 The El 'n' Gee is a New London institution and punctuation nightmare. 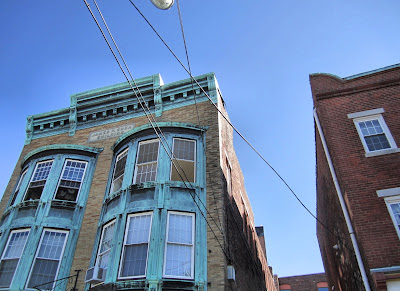 In some cities, I think, this would be a special, particularly noticeable building. In New London it's just some building, on a side street, hanging out. You have to love that.
Posted by Johnna Kaplan at 7:10 AM