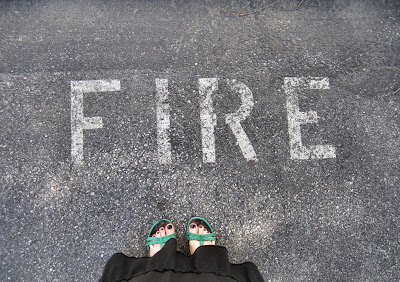 The other day I was talking to Elizabeth about her walkable neighborhood. Later it occurred to me that I can walk from where I live, just on the periphery of downtown New London, to at least four or five good coffee shops. And thus a little series of posts, in which I walk to different coffee shops and take pictures along the way, was born. 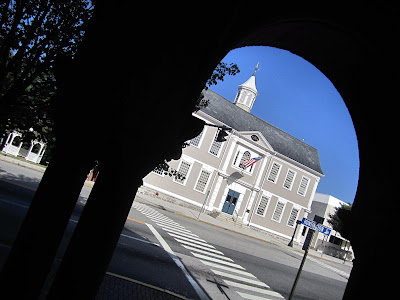 This is the oldest courthouse in Connecticut, seen through the arches at the front of the Public Library of New London. 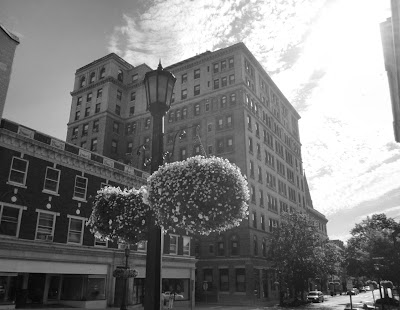 The tall building is the Mohican. In former lives it was a printing plant, a department store, and a fancy hotel. (Twice.) Now it's used for Senior housing and retail. 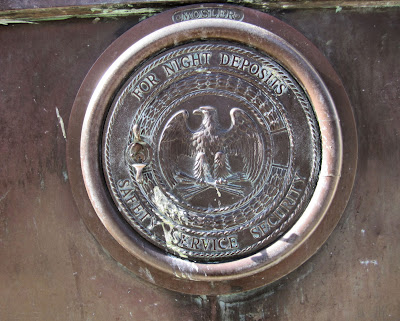 Detail on an old bank building. 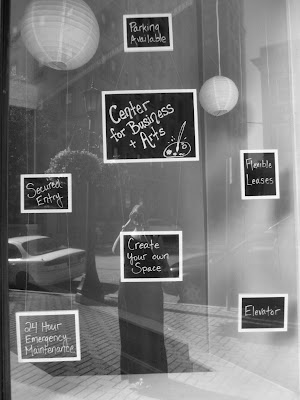 A commercial space for rent on State Street. 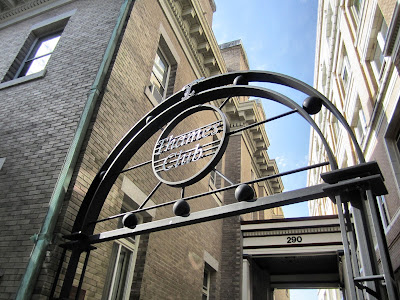 The Thames Club, established in 1869, is still going. Washington Street Coffee House used to be Bean and Leaf, which moved a short distance away and which I'll walk to later. It looks basically the same from the outside now, except for the name of course. 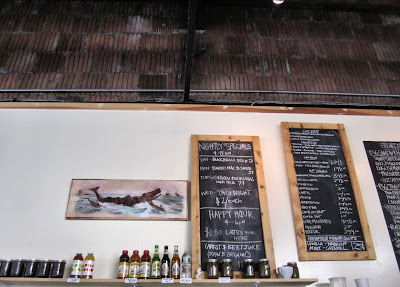 The inside is a bit more minimalist now, and there s a large central communal-style table. And some smaller ones, for those of us who are frightened by communal tables. The stage for live music is still there. 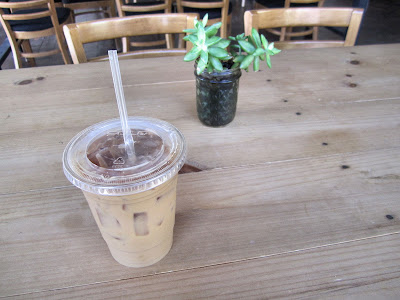 The tables have cacti on them. 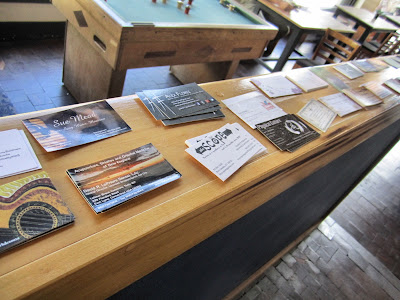 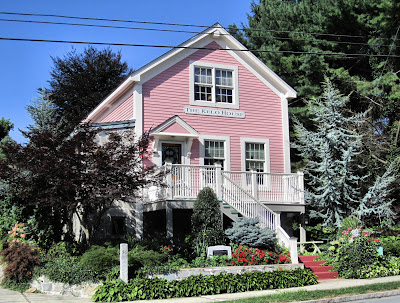 The Kelo House, or, the reason the rest of America has heard of New London. A lot of people don't realize that the house was relocated after the Supreme Court's vastly unpopular 2005 eminent domain decision. But here it is. So far, nothing has been constructed where it and its neighbors used to stand. 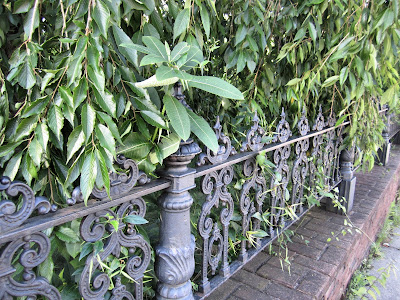 Just a pretty fence along the way.
Posted by Johnna Kaplan at 8:10 AM