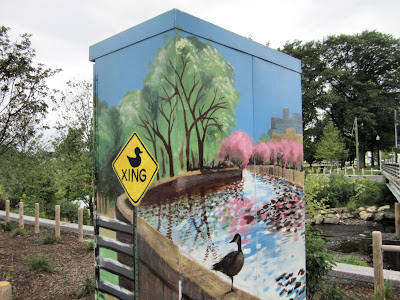 Mill River Park in downtown Stamford officially opened in May, and I recently wandered through a little corner of it.

The river at the center of the park - and the city - was first called the Rippowam. It later got the name Mill River because between the 17th and 19th centuries it was the site of a grist mill, a carding mill, a rolling mill, and a woolen mill, as well as a foundry. There's more on that history here from the design firm that worked on the park. (They can do some pretty cool things with landscapes, but they can't quite manage to spell "Dannel.") *

Not that I've been to anywhere near every Connecticut park, but I think this one might be unique. I was anticipating something very green and manicured, but what I saw was more like a swath of wilderness. I kept thinking it looked like someone took the Lebanon Green, bisected it with a pretty little stream, and set it down in the middle of the state's fourth largest city.

Which means that even if the mall Stamford Town Center doesn't have what you need, again, you can at least go stroll among the wildflowers.

*UPDATE: They fixed it! I'd like to think this is my doing. Correcting Connecticut-related errors and oddly spelled names everywhere, one at a time... 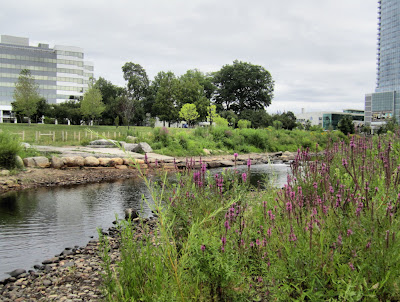 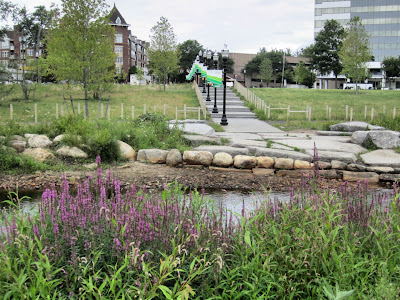 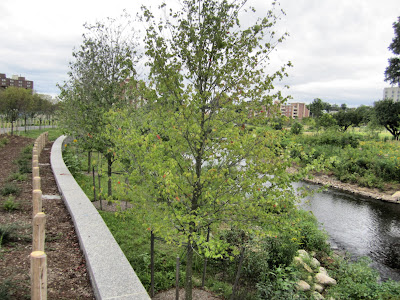 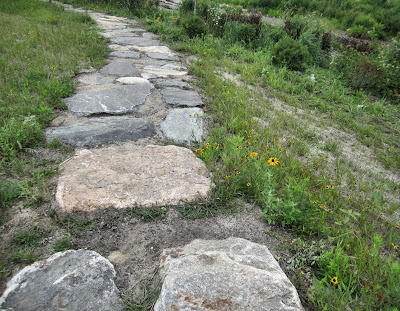 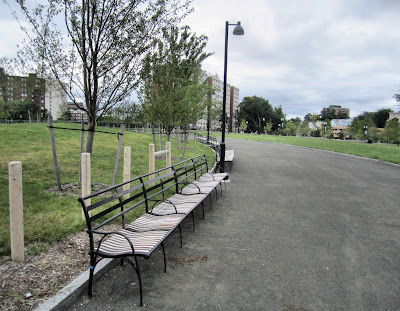 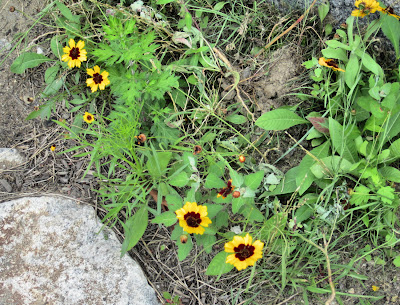