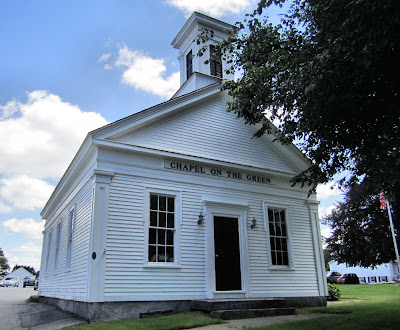 The Little White Building is Connecticut architecture's version of the Little Black Dress. When constructed well, and simply, they are timeless, and they always look nice, if not particularly unique.

In Columbia, like in Salem, all the LWB's are lined up in a row in the center of town. 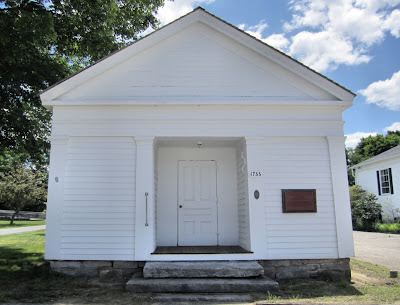 Moor's Charity School looks like every other schoolhouse and every other LWB, but its story is perhaps not what you'd expect. 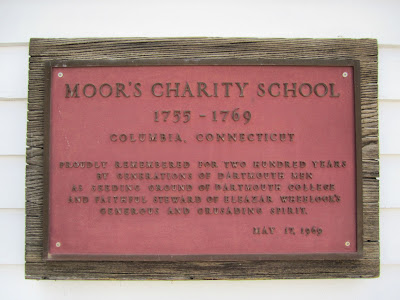 Back when Columbia was part of Lebanon, Rev. Eleazar Wheelock opened a Christian school to educate Indian students who would then return to their tribes as missionaries. Wheelock didn't recruit as many Indians as he had hoped, because of the great distance between his school and their homes. (Or perhaps because they were all "who wants to go to your silly Christian school anyway, we were doing fine before you showed up with your pompous wig.") Whatever the reason, Wheelock abandoned his Lebanon/Columbia location and moved his school to New Hampshire, where it was re-branded just a bit and became Dartmouth College. 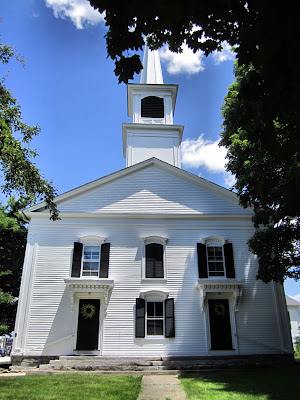 This Congregational church is a bit too large to be a LWB but it has flower wreaths and an assortment of pleasing doors and windows, and it is, after all, a white building standing neatly in line with the others. 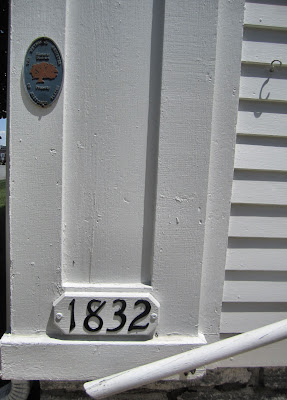 Rev. Wheelock, who was one of the greatest proponents of the Great Awakening in Connecticut, was the church's third pastor. 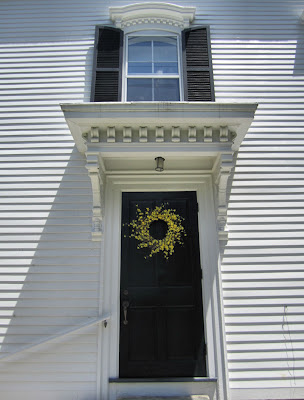 There are more LWB's in the compact center of Columbia, but there are only so many of them I can stick in one blog post before I start getting bored with them. The area is lovely, but it's not exactly revolutionary. 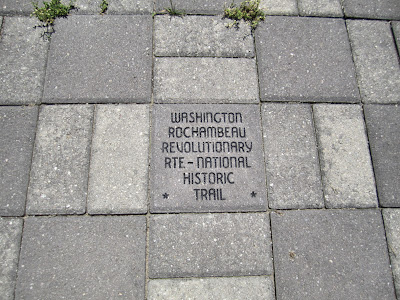 Just kidding, it totally is.
Posted by Johnna Kaplan at 6:55 AM