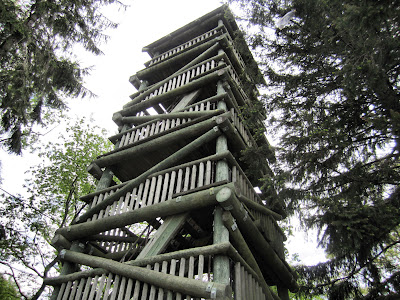 Filed next to "coffee milk" in the catalogue of bizarre things one can find in Rhode Island, is this: a wooden observation tower in a parking lot beside a nasty little intersection in South Kingstown. 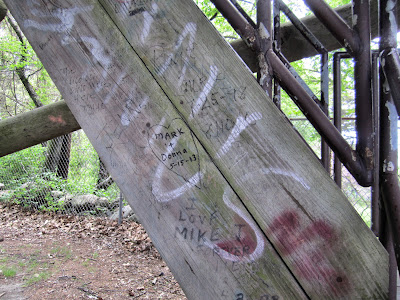 There's no mystery surrounding this, as with another odd Ocean State tower. This one is just an observation tower, built in 1937 and used during WWII, in case the Germans got up to anything nefarious in Narragansett Bay. 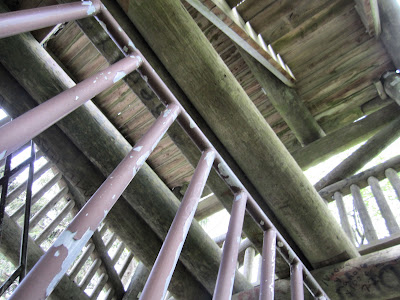 Some sources say this tower is 40 feet tall, some say 100. I have no idea why there's a discrepancy that large, but then again I have no idea why there's coffee milk. I didn't bring a tape measure, but in any case, something about this thing (perhaps the steepness of the stairs) makes it feel much higher. When I got down I actually looked up the height of the Eiffel Tower - 1,063 feet, according to Wikipedia - because standing on top of that didn't bother me in the slightest but standing on top of this was sort of freaky. 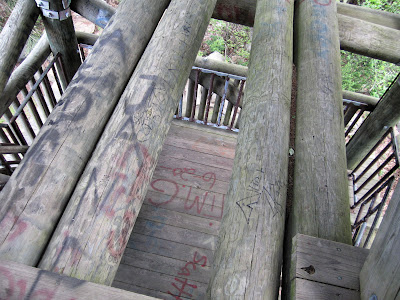 It makes no sense, but it is the truth. 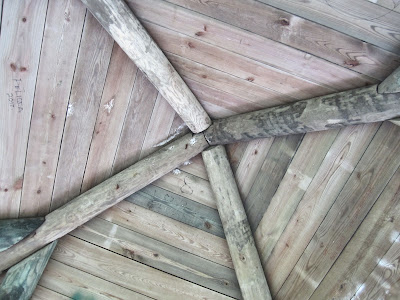 But despite the feeling that the whole thing might be swaying... 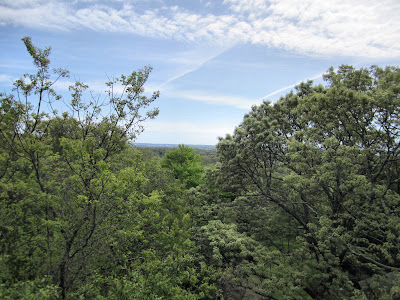 There is a nice view. 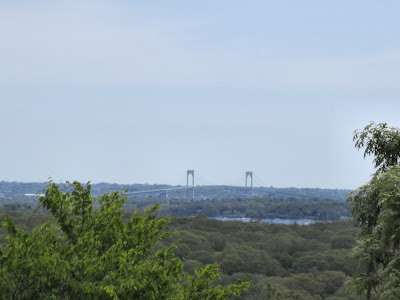 You can see the Newport (aka Claiborne Pell) Bridge. (On a related note, I wonder if "I Need a Better Camera, Please" would qualify as a Kickstarter project.)

*Perhaps the higher number takes into account the tower plus the elevation of MacSparran Hill? Or perhaps someone, somewhere, was just plain wrong? Or maybe Rhode Islanders simply like that sort of thing, which would explain why the town of South Kingstown includes a village named Kingston.
Posted by Johnna Kaplan at 9:10 AM

Email ThisBlogThis!Share to TwitterShare to FacebookShare to Pinterest
Labels: History, Not Connecticut