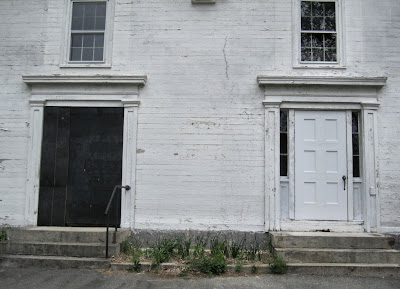 There was a missed exit, then another, then a spontaneous change of plans, then a rain shower, then another change of plans, or maybe two. There was a detour, with police cars and flashing lights, and a parade, and a road I'd never been on, one that looked like every other rural Eastern Connecticut road, except everything on it was new. Even - especially - the things that were old. 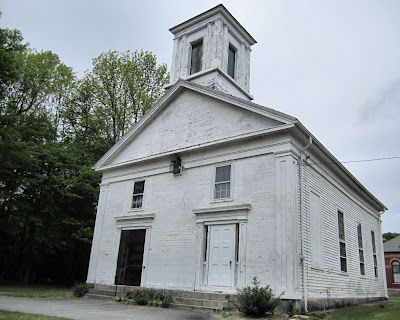 Would I have found this church and its black and white doors without all of that disruption? I'll never know.
Posted by Johnna Kaplan at 8:30 AM