A River Runs Behind It 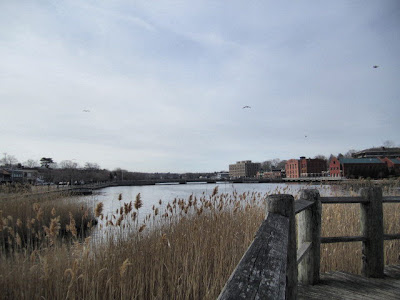 Technically, Westport is a river town.

But if you'd told me this when I was growing up there, I would have looked at you askance. I suppose there is a river in Westport, I would have thought. But it's just...there. It's not a focal point. It's a thing we hide behind the buildings, like the dumpsters.

It took me a few decades of living in and traveling around the rest of the country, but I eventually figured it out. In other parts of America, towns were made to turn towards their rivers, opening themselves up to whatever traders and travelers might bring. In practical New England, towns were built with their backs turned.

I can't think of a single Connecticut river town or city where the fronts of the stores along the main street face the water. (Even coastal towns don't do this, Niantic being the exception.) I suppose an argument could be made for Pawcatuck, or Winsted, but mostly Connecticut towns are situated like Westport, where the Saugatuck flows parallel to the commercial buildings' back doors. Some towns are sort of perpendicular to a river, like Essex or Avon, and in some, like Glastonbury, the river is parallel but farther off. 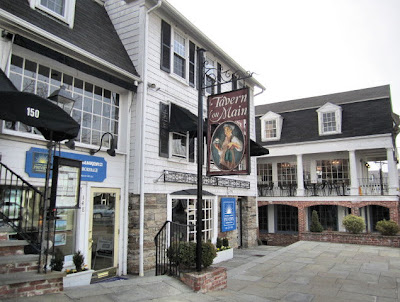 But when I went to downtown Westport recently it wasn't because I was thinking about rivers. It was just because, in the space of three days, I'd heard of two separate people who thought Westport's Main Street was nice. Having spent countless hours of my tween and teen years on this street, which I'd always considered to be a bland outdoor version of some lesser mall, this perplexed me.

And so, finding myself in Westport and awake early, when I knew Main Street would not be crammed with cars, I walked down it once again.

What I found was that it was even more of a drab, corporate, featureless landscape than it had been when I knew it. Which made for horrible photos! So I started hunting for whatever little bits of character I could find. 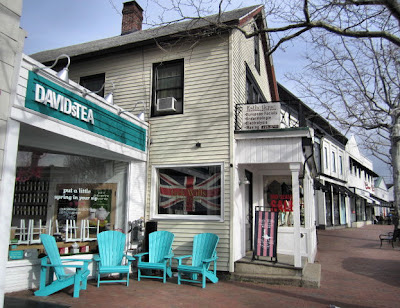 And there were a few. 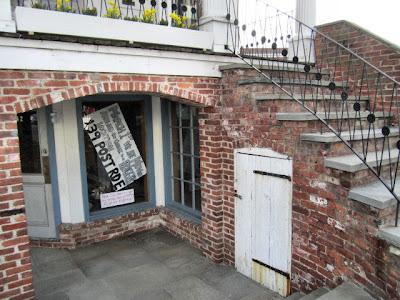 There were angles I could seek out, at this time the day, when the stores were still closed and the only other people around were attendees of the yoga class at Lululemon. 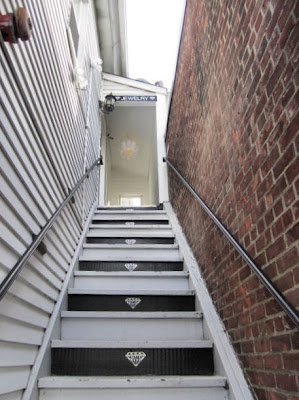 I even found some little crannies I'd never seen before. 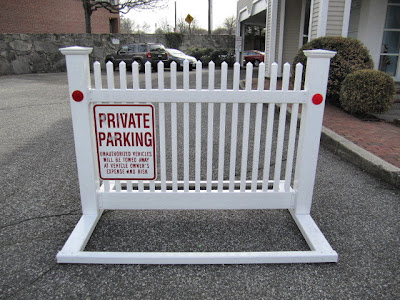 Though many of the storefronts were different (Vineyard Vines? Nike? West Elm?), the attitude was the same. Which was comforting in an odd way. 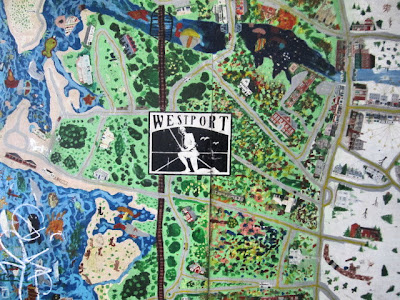 And then I came back to the river, where I had parked my car (since that's where the large parking lot is), and thought about what a waste it all was. 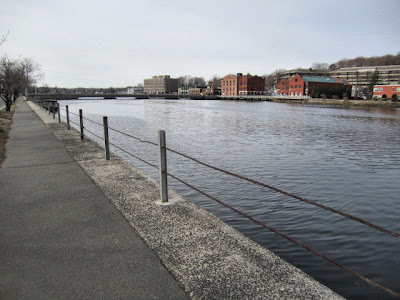 Of course not every river town can be like Savannah, where the doors almost open onto the water, or Madison, IN, one of my favorite underrated places in the country, where a wide green space connects the river, and activities taking place on it, to the main artery of the town a few blocks up the bank.

But Westport could do better than this narrow sidewalk (the parking lot with the dumpsters is to the left of the above picture), a few picnic tables, and the little raised boardwalk - a relatively new addition - from which I took the first picture in this post. 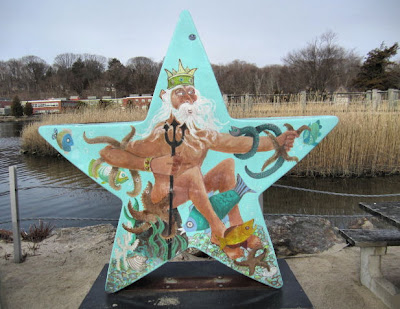 I have heard of efforts in various other places to physically "turn" towns around, so that their rivers are no longer shunned. I wouldn't expect Westport to do this, though among Connecticut municipalities it is one of the few that could perhaps afford to. But standing here, recalling how much of my youth I'd spent downtown barely aware the Saugatuck's existence, this separation of river and town seemed even worse than it does elsewhere. In a town like this, where anything authentic or natural is so hard to find, why cut off a lovely waterway so that only kayakers and people willing to eat lunch in a parking lot can appreciate it?

I doubt Poseidon would be pleased with that.
Posted by Johnna Kaplan at 9:00 AM