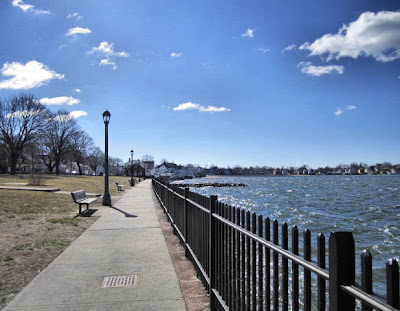 New Haven is always thwarting me. I don't mean that in some cryptic sense, like I once applied to Yale and didn't get in, I mean literally. Every time I go there I get lost, or have to back up and turn around a lot, or whatever I'm going to ends up being closed, or I'm allergic to something in every dish at every pretentious restaurant I pass. I haven't yet tripped over one of those crazy sidewalk-crushing trees, but I will, someday. 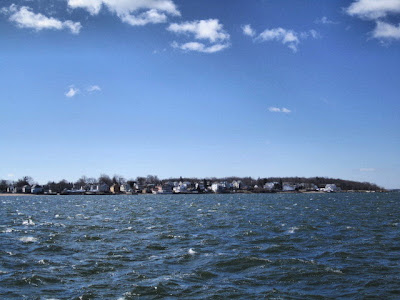 And yet. Sometimes, almost reluctantly, New Haven throws me something. A little coffee place in an alley that makes plain fruit smoothies (when did everywhere else stop making plain fruit smoothies?), or the most delicious cheese-free pizza, or a lighthouse. Last week it threw me Pardee Seawall Park, in the neighborhood of Morris Cove (a.k.a. East Shore.) 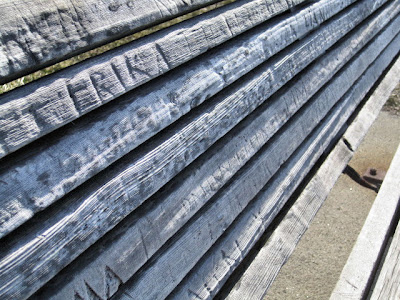 The park is a narrow strip of grass and benches with a little paved walk. But it's also on a seawall, and so there is the sea to contend with. 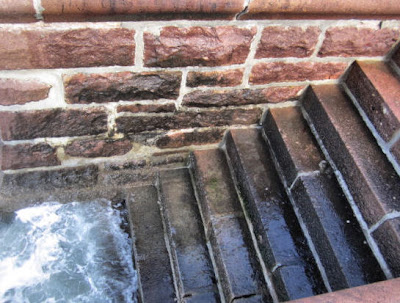 A relatively flimsy metal gate keeps the unauthorized away from this alarming stairway, which descends into the water. The waves rush eagerly up the steps, as if they're trying to get at the houses across the street. 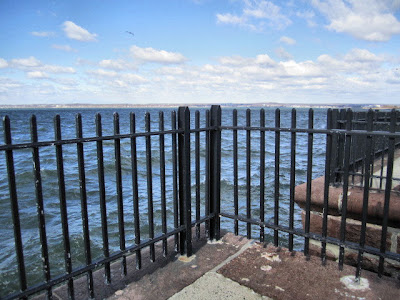 You stand sectioned off, protected, and yet so close. 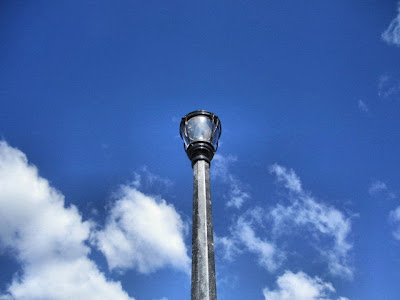 You remember that the line between the civilization of lamp-posts and the wildness of the tides is thin. About as thin as a linear park on a windy day.
Posted by Johnna Kaplan at 9:45 AM