Woodmont On The Sound 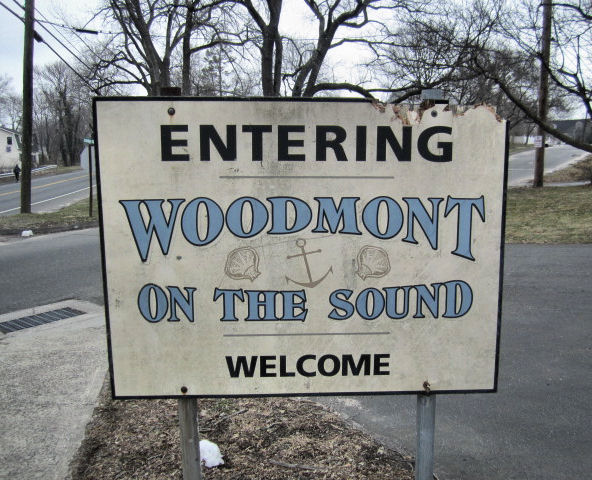 The first time I became aware of the existence of Woodmont was when I passed through on this drive. I mostly ignored it then, in favor of another section of Milford, Devon. Soon after that I read about Woodmont's Jewish history, and that, plus its tucked-away beachy look, kept it in the back of my mind until now. 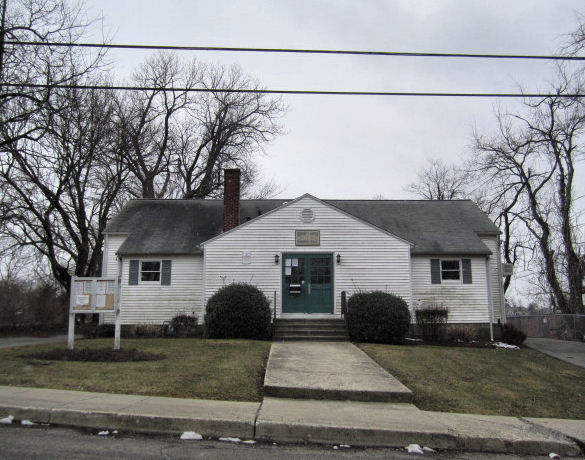 Woodmont is a borough, covering only one square mile, .3 square miles of that on land. This is the Borough Hall. 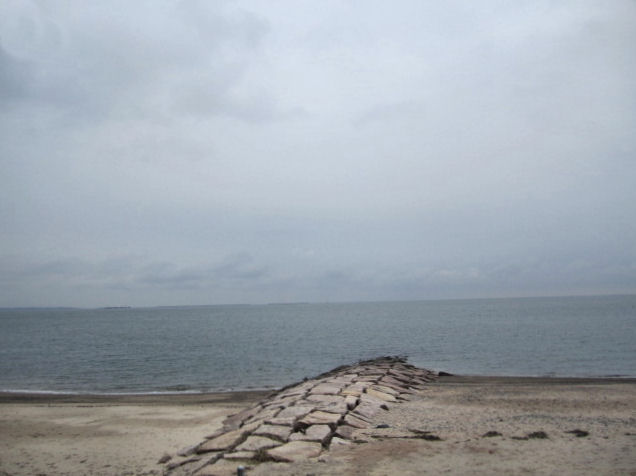 The atmosphere of the small beach reminded me very much of Point No Point, in Stratford. 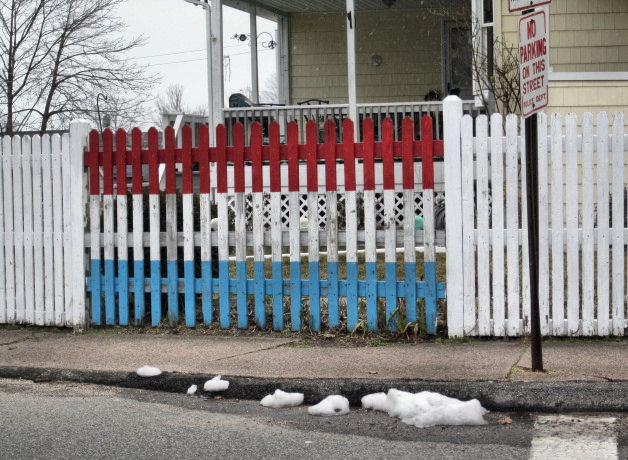 Originally a summer resort, Woodmont is now one of those rare places in western Connecticut where the waterfront is not reserved for ginormous houses. The beaches are public. 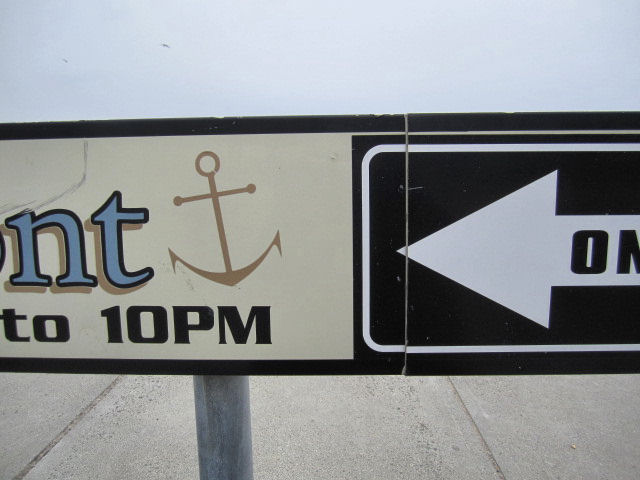 And though the area near the shore has plenty of free parking, it also has what struck me as an unusual number of signs. 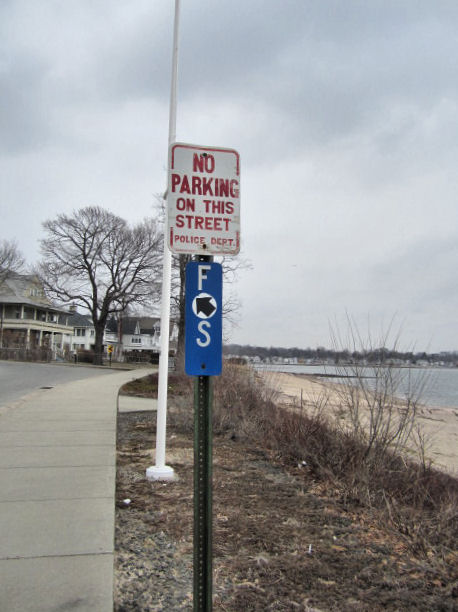 Including many of these mysterious F --> S ones. 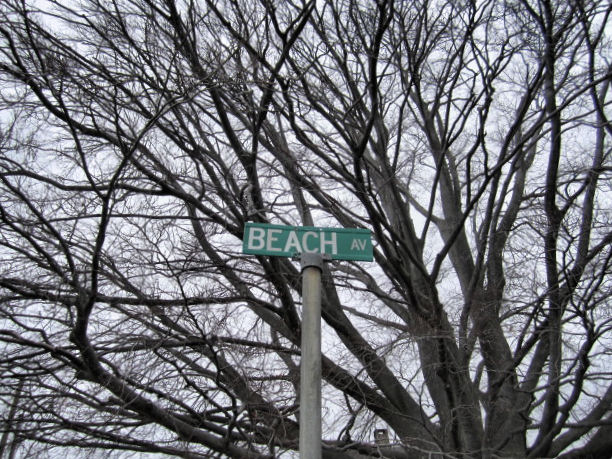 It was very cold when I decided, after passing the exit about 9 million times, that I would finally just get off the highway and go to Woodmont. The sky was an ominous pale grey, and tiny snowflakes were swirling. 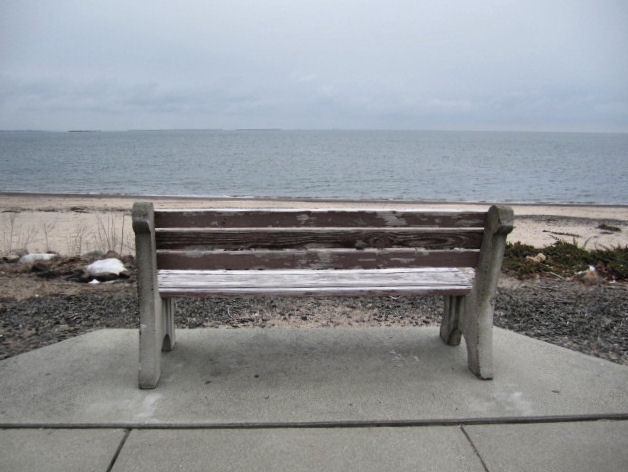 When I arrived, two people were sitting on this bench. I don't know how long they'd been there. But just before I walked by, they decided they'd had enough of this Connecticut spring day, and left. And then the beach, and all of Woodmont, was - for a few minutes - mine.
Posted by Johnna Kaplan at 8:10 AM