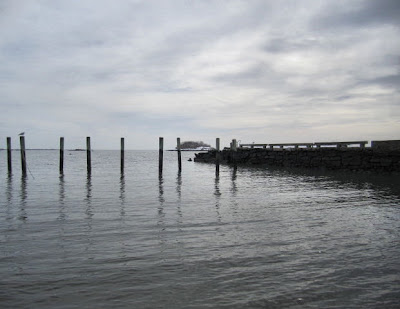 A while ago I went to Fairfield's Penfield Beach with Matthew of Soundbounder, who told me a little story about Madison's West Wharf (or maybe it was East Wharf) Beach. I had never heard of these, though I guess on some level I knew that there were beaches in Madison other than Hammonasset. The story involved being kicked out, or questioned, or perhaps just generally disapproved of, by Madison police. So I put "questionably-accessible, non-Hammonasset beaches of Madison" on my list. 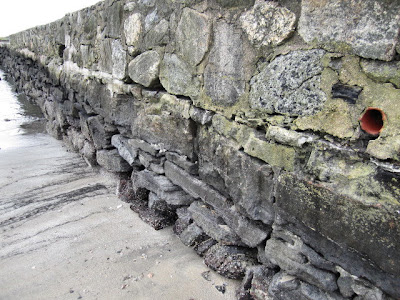 When I finally got around to checking them out, I realized I had been here, a very long time ago. How long ago, I don't remember, because I am just that old. I have no idea how I found the beaches then, because they don't publicize their existence and this was before the days of cell phones and Google Maps. (In retrospect it's amazing I ever got anywhere, and more amazing that I ever got back.) 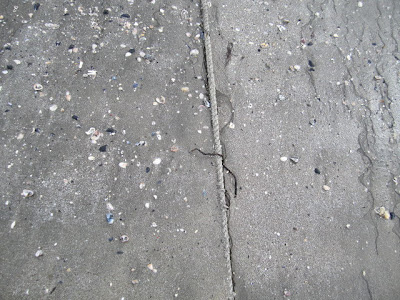 I drove from West Wharf Beach (where I took these pictures) to East Wharf Beach. They are connected by a curving road and a strip of waterfront. Leashed dogs on their morning walks glared at me as if they knew I was an interloper. Suddenly it struck me that not only had I been here, I had also somehow subconsciously associated these little beaches with a kitchen store. I had a vague memory of this store, one of those places with cookbooks and fancy gadgets and aprons and lovely little accessories you don't need. The kind of store that makes you think if you buy everything in it, you'll magically begin making fancy meals for yourself every night. Did it still exist? Did it ever exist? Was it, in fact, in a completely different town? I didn't know. But in the wayback machine of my brain, Madison was an image of that store and these beaches. And along with the beaches went a sense of not being allowed. 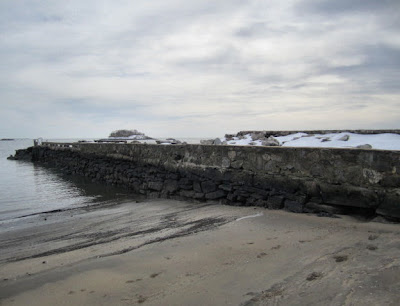 At West Wharf Beach, no one tried to evict me from the little parking lot while I walked along the snowy sand. East Wharf Beach had no such lot, but it did have a prominent sign that read "Residents and Guests Only." West Wharf must have had one too, but I didn't see it. I turned around in East Wharf's circular drive, which was half-plowed, thinking the whole time I'd get stuck and have to answer for my trespassing. Resident of what, I argued in my head with an imaginary official. I'm a Connecticut resident, right? I'm a resident of this very shoreline. I didn't suppose the imaginary official would buy that line of reasoning.

And I was sure he wouldn't like it if I asked about the kitchen store.
Posted by Johnna Kaplan at 8:30 AM