A Schoolhouse Of a Different Color 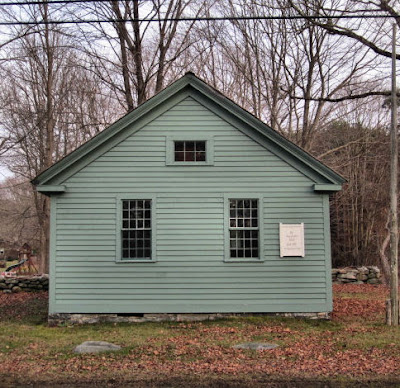 Killingworth has had enough of your red schoolhouses, which are cute as heck, but - let's face it - practically a dime a dozen. And your white schoolhouses, almost indistinguishable from churches and town halls, those are getting boring too. Killingworth will see your common old schoolhouses in your tired old New England colors, and raise you a schoolhouse that's green. 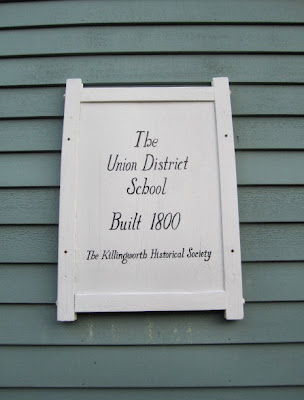 The Union District Schoolhouse is one of either eight or seven (sources conflict) former schools that still stand in the town. Whatever the exact count, that's somewhat of a schoolhouse bonanza. And don't think I'm not going back to find the rest of them. 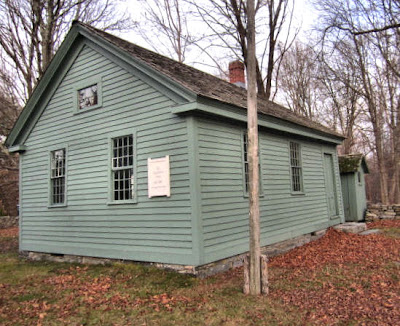 The entire population of Killingworth is something like 6,500, so that's like...well, way too many people to fit in eight one-room schoolhouses. But still. 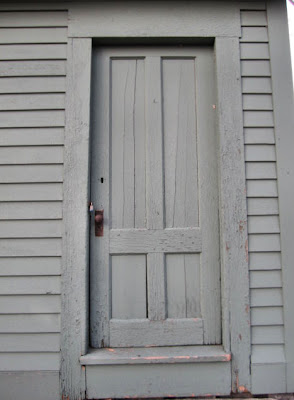 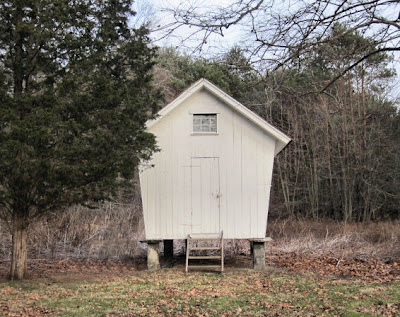 And if you find this place, on the superbly named Roast Meat Hill Road, you also get a bonus corn crib. Which is not green, but you can't have everything.