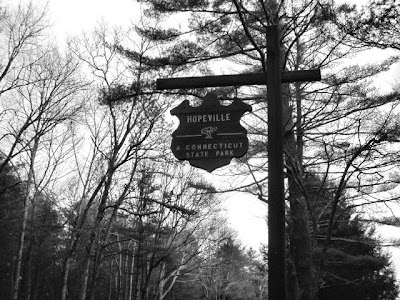 There are some State Parks that feel so isolated, so out in the middle of, if not exactly nowhere, then a kind of semi-nowhere, trapped between some everyday neighborhood and the 16th century. Hopeville Pond is one such State Park. 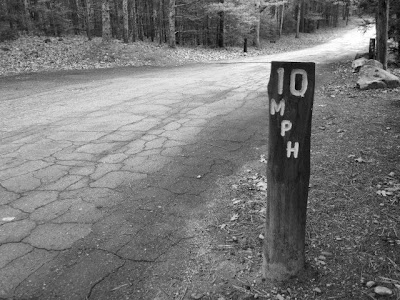 Maybe in the summer it gets crowded. 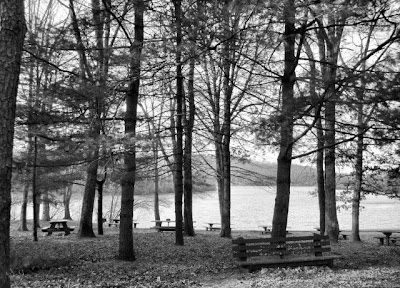 Maybe in the 1700s and the 1800s it buzzed, or clanged, or whirred with the noise of the mills - now gone - that took advantage of the falls on the Pachaug. (What noise do mills make?) 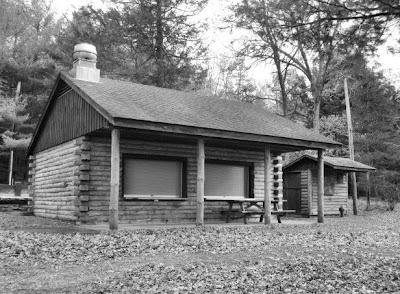 Maybe in the 1930s, it was full of CCC workers, constructing and clearing and driving around and singing songs. (I'm thinking they sang songs. I don't actually know that they did, but I would like it if they sang songs.) 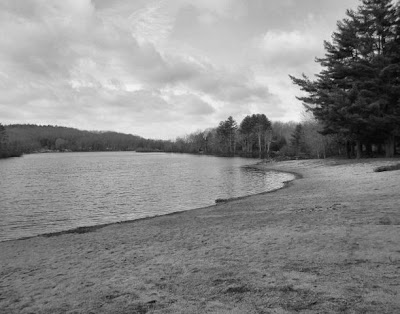 Now, off-season, it is empty, cold and still. 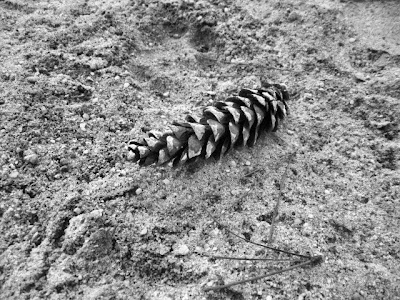 Its landscape is one that I'm drawn to but don't understand. Pine trees on sand, large inland bodies of water, it's like a foreign language I've studied but will never truly learn to speak. 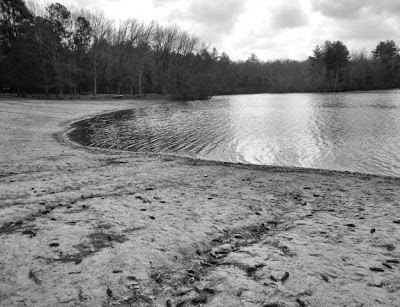 As I wandered the little pine-needle-strewn beach, I waited for someone else to appear, but no one did. Cars went past on a parallel road, and I could see them through the trees, but they looked like they belonged in another world. Some state parks are like this, separate, you start to wonder if perhaps no one has ever been to them except for you, and some Mohegan Indians a few hundred years ago, and Dan Esty. 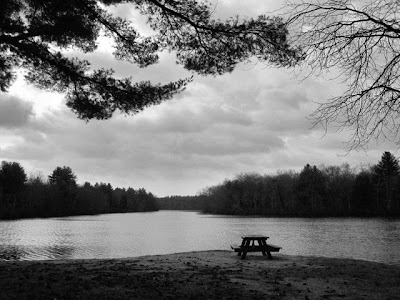 I thought that Hopeville might end up being like Happyland, a place that couldn't possibly live up to its exit sign. But, although there's nothing especially hopeful about Hopeville, it is not like that. It's better.

Posted by Johnna Kaplan at 7:46 AM