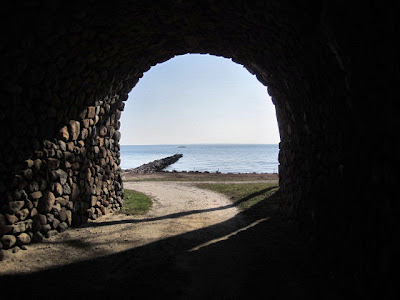 I go to Rocky Neck State Park so often I just assumed I'd written a post about it before, but I never have. I suppose most of what I write about here is new to me, and sometimes the familiar places get left out. 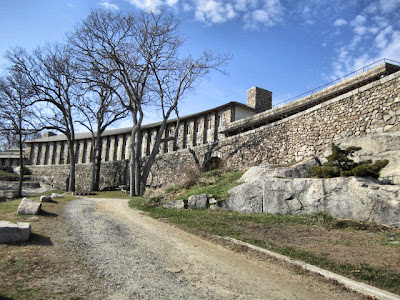 I had intended to stop talking about the recent storm(s), because I was becoming pretty boring. I wrote about it here and here and I tweeted about it for a week straight and I was getting sick of myself. But this was the first time I'd been to Rocky Neck post-Sandy, and... 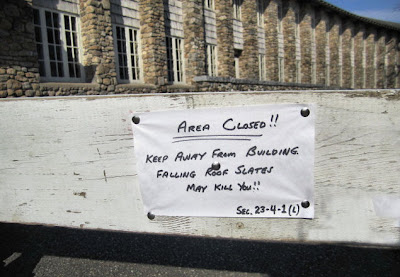 Damn. Not only was the pavilion area closed and surrounded with these alarming little notes, much of the boardwalk had been taken apart in sections and stacked up, and the place where the boardwalk usually is was heaped with sand and trees. The picnic tables were all huddled together in the middle of their usual grassy space, as if they were afraid of something. 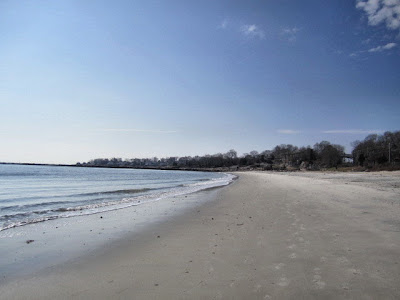 But the storm did not take away any of the Park's cold beauty. Rocky Neck isn't a beginner-level Connecticut attraction. (If you will.) It's not all obvious and in your face with a huge pretty beach, though its beach is undeniably pretty. 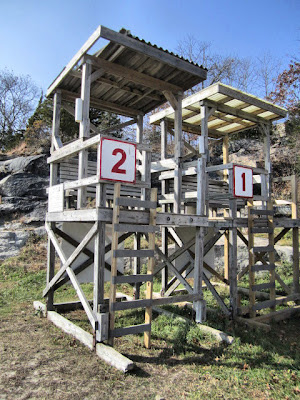 Rocky Neck is for those who find Sherwood Island and Hammonasset too bland and too expected, those who prefer train tracks and metal fence passing behind New Deal buildings, and dramatic water views opening up from stone tunnels, and encountering trails and brooks that appear just when it seems you've seen it all. 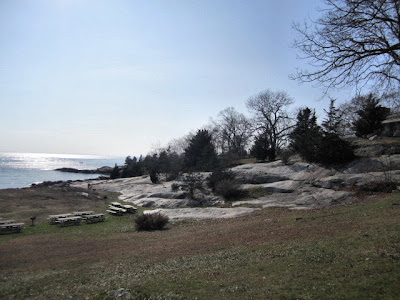 It's also one of those places where Connecticut's geology simply demands that you stop and pay attention to it for a minute. 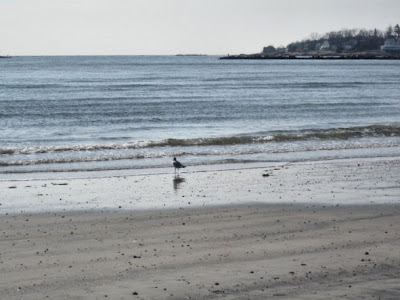 And always, though especially after a storm, it's full of countless little reminders that despite the solar panels and educational signs and well-kept parking lots, this coast is still wild.

Posted by Johnna Kaplan at 8:04 AM