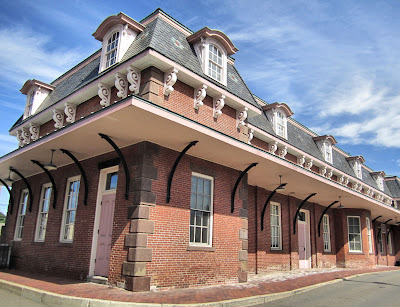 The website of a certain national news network will simply not accept that I do not live in Wallingford. Where it got this idea I can't imagine, but every time I look at the site my local weather is invariably set to Wallingford and my local news to Meriden, which I suppose is the closest location to Wallingford deemed worthy of its own local news. 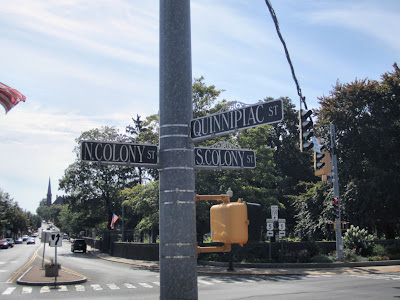 No matter how many times I re-set and save my location to New London, Wallingford, with its little weather graphic depicting conditions different from those I can see out the window, and reports of crimes and traffic problems on roads I've never heard of, pops right back up. 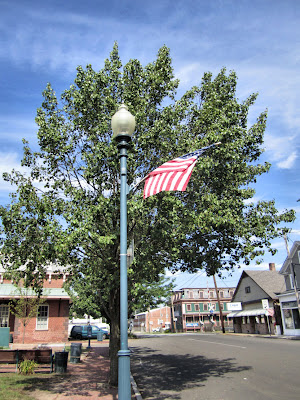 This is odd enough already because New London is nowhere near Wallingford (or Meriden.) But it seems even weirder because I've only been to Wallingford once, eons ago, and I didn't even see the town. In fact for most of my very short time there, I was concealed in an armoire. (Which makes my life sound far more exciting than it is.) 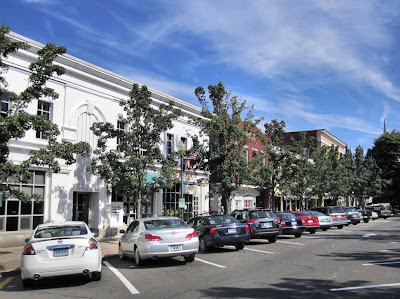 Another uncomfortable fact about being assigned Wallingford as a home is that I've never had any desire to go to Wallingford. But when I realized I was going to be driving right past it, I gave in. 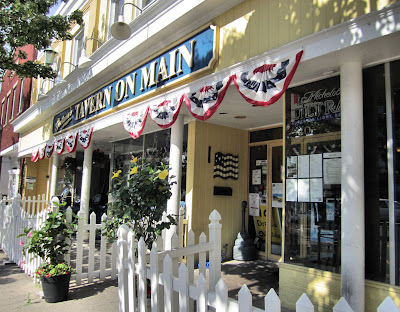 Wallingford (now that I've been there I can say) is one of those towns that just doesn't feel like Connecticut to me. There are towns that do this brilliantly, like New Milford, and towns that do this matter-of-factly; Branford, for instance, I could swear just wandered over from Massachusetts on vacation. 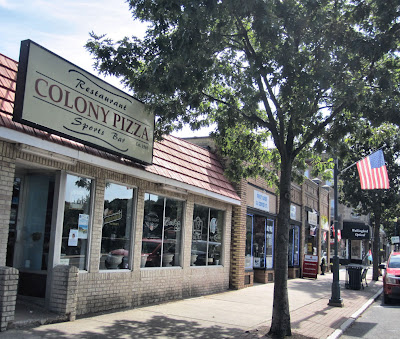 Wallingford is neither enthrallingly confusing nor reminiscent of any particular other place. It's just that you walk for a few blocks and realize you don't feel quite at home, yet you don't feel like you're someplace else, either. 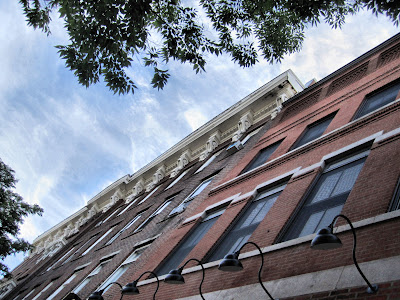 That said, it's not lacking in interesting buildings or little blips of charm or anything else you might expect from a town you've never given a second thought to. It's just, you know, Wallingford. A place I still, even after having gone there on purpose and spent the entire time not hiding in a large piece of furniture, feel nothing either for or against.

And given the fact that I briefly consider moving to about 75% of places I go, which makes life rather complicated, thank goodness for that.
Posted by Johnna Kaplan at 8:18 AM