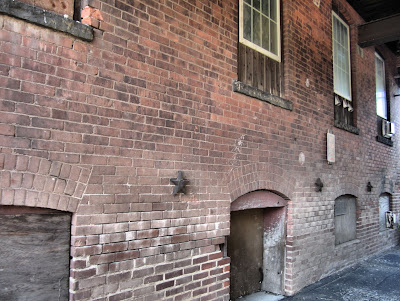 A few months ago I would have said, "What's a Plantsville?" But after finding it accidentally a short time ago, I know it's a neighborhood and Census Designated Pace in Southington. (Other sections of Southington include Milldale and Marion. Because it wouldn't be Connecticut if it wasn't just a bit more confusing than necessary.) Plantsville was named not for an abundance of greenery as one might wish, but for brothers A.H. and E.M. Plant, who in 1842 built a carriage bolt factory along the Quinnipiac. Prior to that, this crossroads between Farmington, Waterbury, Bristol and New Haven was called simply "the corners." Before the Plant brothers turned it into an industrial center, it had a horn comb factory, a dry goods store, and a tavern. 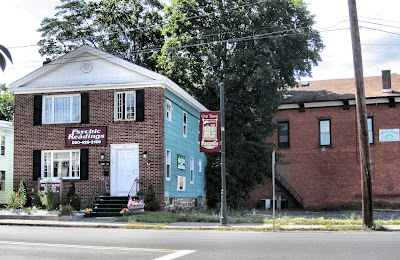 Today Southington Center is a busier, more polished place than Plantsville, which has become a little rough around the edges since the decline, in the early 20th century, of its Qunnipiac-powered industries. Well, for all I know it was pretty rough-edged then too. Today, though, despite several streets full of very pretty houses, and an intriguing little collection of restaurants and businesses, it's clearly more of a place that once was than a place that is. 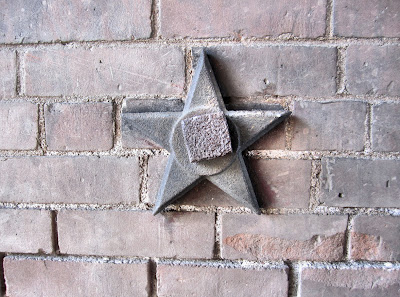 Which means it's a place with metal stars bolted on its brick walls. And therefore a place I'm really glad I found.

Posted by Johnna Kaplan at 8:02 AM