This Is Not a Corn Crib 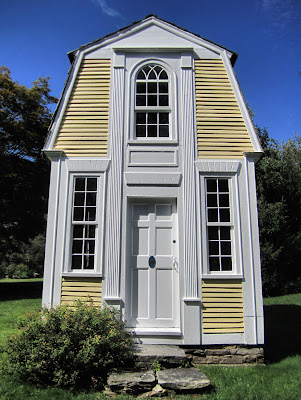 Nor is it a playhouse, a garden shed, a school for two pupils, or a magically shrunken three-bedroom home. 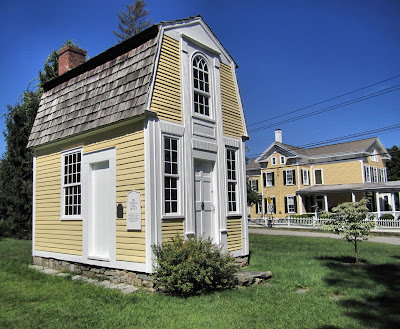 What could it be?  It's in Windham Center, on Windham Green. It's not related to the church or the post office or the inn that are also on the Green. Give up? Okay, you can look at the sign. 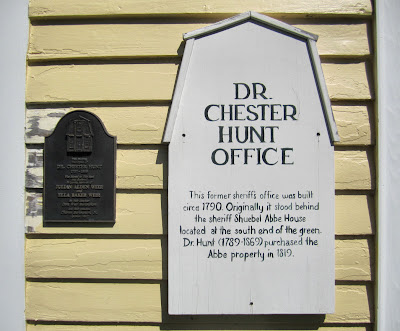 No one would ever guess that, right? Because, for one thing, Connecticut doesn't have sheriffs anymore.Though I was surprised to learn that we did have them for quite a while even after we got rid of county government. (And more surprised that Rhode Island, which also has no county government, has state-wide sheriffs. Which maybe is not so strange since Rhode Island is probably the size of a lot of state's counties. And which is almost certainly irrelevant.)

I guess one argument for bringing back county government in Connecticut could be that we could have sheriffs again, and we could force them to work in adorable tiny buildings like this, and then people who don't really know what "quaint" means could write about how quaint it all was. Not the most convincing argument out there, I guess.

Posted by Johnna Kaplan at 7:28 AM