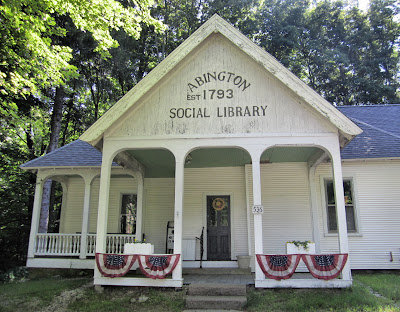 In the Abington section of Pomfret, low to the ground on Route 97, there is a small white sign that marks the location of the Old Abington Burying Grounds. There is no road or driveway; a path worn into the ground leads tantalizingly away from the road. I slowed down to read the sign, to see, or attempt to see, down the path. A man mowing his lawn nearby looked at me with confusion, or possibly disdain. Most people, I gather, do not slow down for oddly-placed historic signs.

Another bit of Abington's past - and also Abington's present - that I slowed down to take in is this: the Abington Social Library. 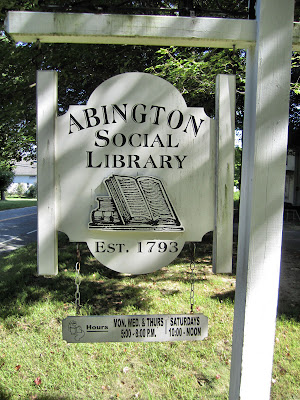 "Social Library" sounds like a silly MTV show, but in the 18th century social libraries were basically clubs formed so members, who paid dues, could share books. Abington's library began with 100 volumes.

Today it is a regular free library, open to the public. But physically it retains all the charm of a time when the institutions we're now accustomed to were still being worked out, and things were done just a little differently. In much smaller buildings. 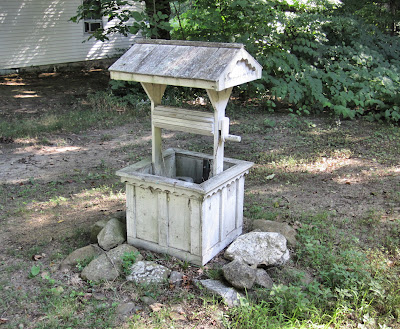 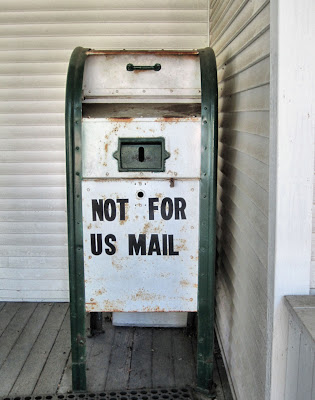 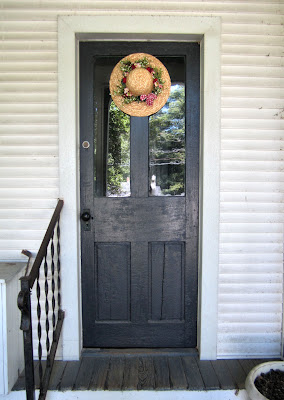 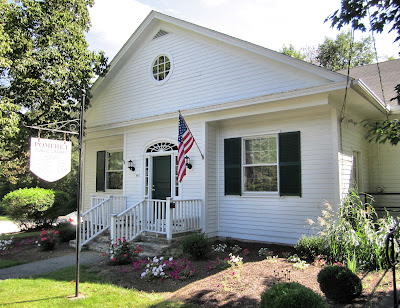 Abignton's is not the only diminutive library in the area. There is also the Pomfret Library, which for years held the title of smallest library I'd ever seen. That is, until I found... 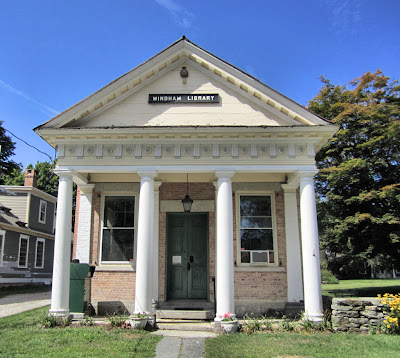 The Windham Library. Which looks like the Capitol building of a very tiny Republic. It is "Connecticut's smallest freestanding library," according to its website, which also provides this improbable description of 18th century life in Windham:

"exceedingly hilarious and enjoyable...Good cheer abounded...Merry-makings of every description were frequent. The residents of Windham Green were especially noted for love of fun and frolic, bantering and jesting."

It is true that while I was parked outside this library, a small army of children and adults on bicycles swarmed around my car shouting happily. But the extent of the exuberance in the above account still takes some doing to imagine.

Posted by Johnna Kaplan at 8:33 AM