This Is New England 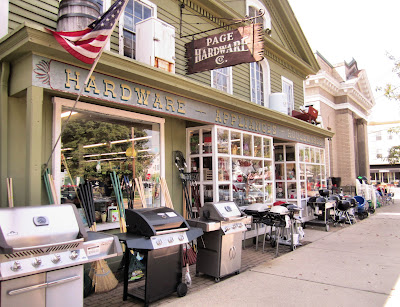 Despite growing up in New England and traveling about the region quite a bit (family vacations and bored teenage drives to Rhode Island, short trips to Massachusetts for various reasons, that dreadful summer I spent in Vermont that I've tried to forget about, etc) I didn't always have a sense of what New England essentially was. 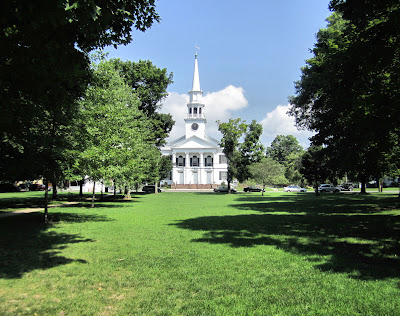 It was just the background, the non-New York, the scenery of life that I ignored while paying attention to the drama. 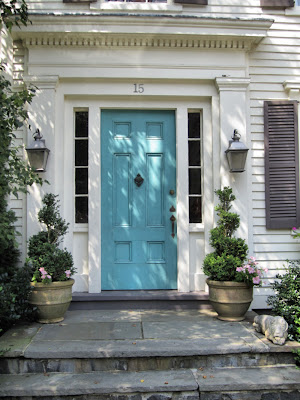 It was in Guilford that I first got an inkling of what would come to be my constantly-evolving image of New England - and especially Connecticut - as a distinct region, diverse and complex, yes, but a real identifiable place separate from everywhere else. 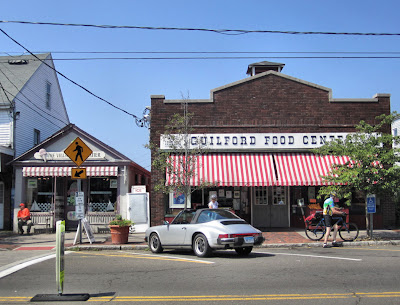 My friend and I had driven to Guilford on a whim that may or may not have involved closing our eyes and throwing something at a map. We were either in college then, or recently graduated, and I suppose we were feeling aimless that day. 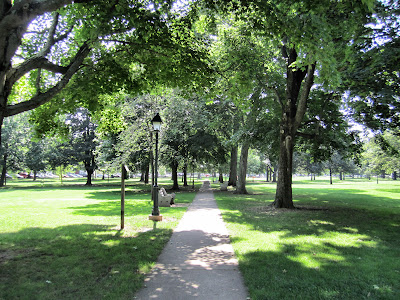 We had no real plans or expectations, that I can recall - if we had we might have gone to see this. We just went to Guilford and happened to roll up to the Green (though I was clueless about New England, I did at least have a sort of innate Town-Green-locator in my brain. I think anyone who grows up in Connecticut has that, along with an internal compass that allows you to efficiently navigate shopping malls.) 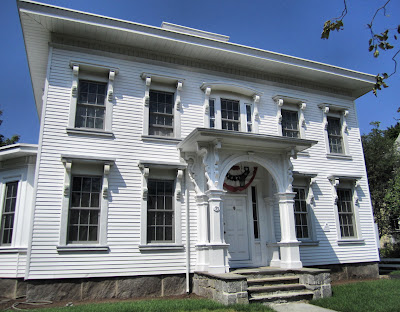 And though my impressions of Guilford may have been more nuanced at the time, all I remember thinking on that day now is: Oh, yes, this is New England. A Green, with a church or two or three, and square of shops around it. Simplicity. Self-enforced perfection without ostentation. 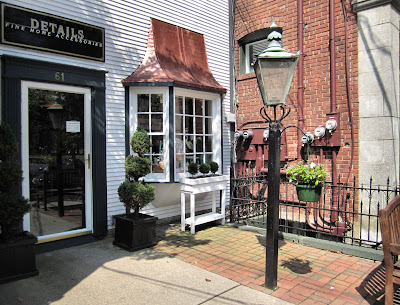 It involved a certain kind of authenticity that I distinctly remember realizing I did not live up to. I was dressed fairly Connecticut-y, by default, but my wide-legged chinos kept getting caught in the backs of my leather slides, and somehow my T-shirt was all wrong. Though I wasn't trying to be anything except dressed, I suddenly felt like I was trying extremely hard at something, and I knew I had failed. And that the people of Guilford would never fail. 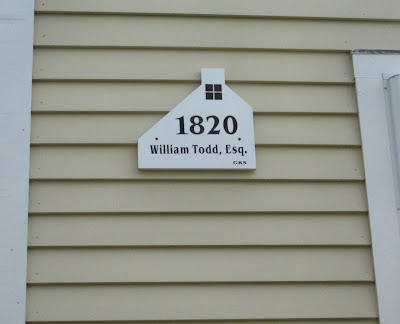 There wasn't much to do in Guilford, I remember thinking; we seemed to have shown up at a moment when almost everything was closed, and also we - or at least I - never considered that there would of course be other sections of town, that it wasn't the 18th century anymore and that while the Green might be the center, it wasn't everything. 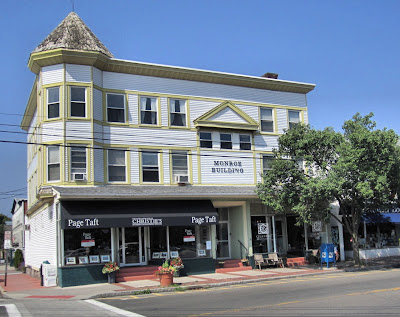 It may be that Guilford has grown or improved itself since then, too, I don't know. Now whenever I go there it's packed. It's one of those towns that people who study towns to find out why they succeed or fail should be flocking to, as a model of the "succeed" end of the spectrum. 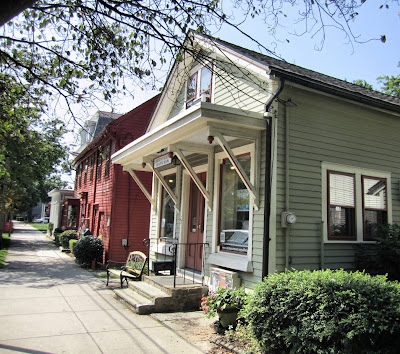 Now I have a broader understanding of Connecticut and New England as a whole, and a better sense of where Guilford (and a lot of other places) fit into that picture. Now when I think of Guilford I think of the park-like Green and the perfection and what I should wear to go there, but I also think of other things. One of them being one of my favorite old Connecticut documents, the Guilford Covenant. It was signed by the new English settlers while still aboard the ship that carried them across the Atlantic. Without getting too deep into a research spiral on the concept of covenants, which were a common way of organizing early New England churches before it began to be used for new towns, I'll just say I love this:

We whose names are here underwritten, intending by God's gracious permission to plant ourselves in New England, and if it may be, in the southerly part about Quinnipiack, do faithfully promise each, for ourselves and our families and those that belong to us, that we will, the Lord assisting us, sit down and join ourselves together in one entire plantation, and be helpful each to the other in any common work, according to every man's ability, and as need shall require, and we promise not to desert or leave each other or the plantation, but with the consent of the rest, or the greater part of the company who have entered into this engagement. As to our gathering together in a church way and the choice of officers and members to be joined in that way, we do refer ourselves, until such time as it please God to settle us in our plantation. In witness whereof we subscribe our names, this first of June 1639. 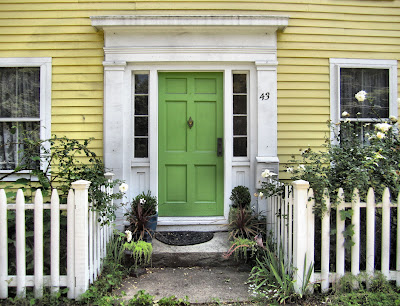 I love that this little pack of Puritan farmers wrote what many today, if they saw it out of context, would deride as an evil communist plot. I love that the church part comes in at the end, sounding almost like an afterthought. What endlessly fascinates me about this state and this region is the idea that there must be some direct line between the notion of planting oneself in a new land like a grape vine, and planting roses by your perfect picket fence in front of your house with the fabulous door on the Guilford Green.

Posted by Johnna Kaplan at 7:38 AM