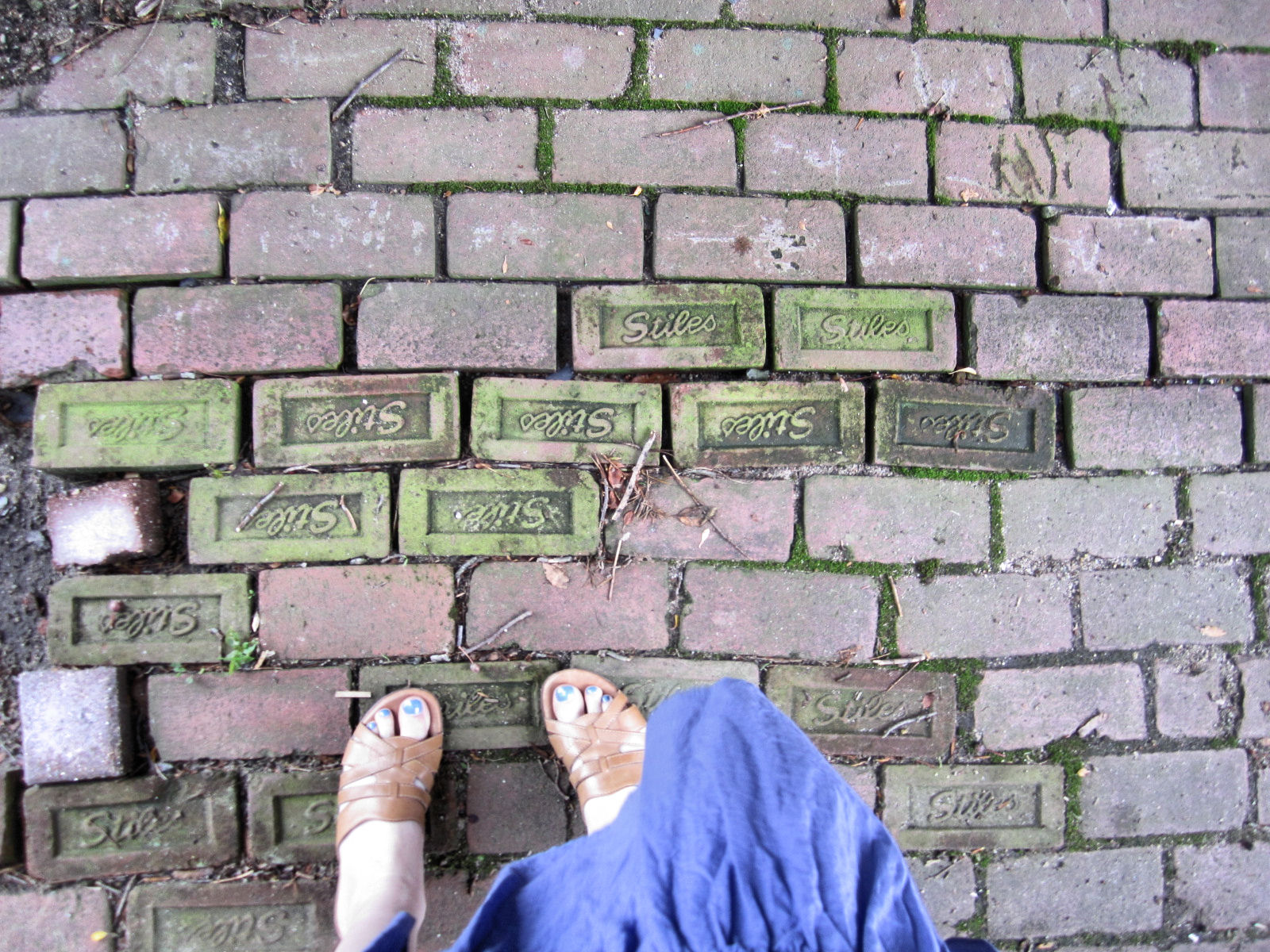 Seventeen was a long time ago, and I recall very little of my university orientation week. But I remember two things. One, being part of a small group of freshman, sitting in a booth in some restaurant in the Village, and being told not, under any circumstances, to buy our drugs in Washington Square Park. (The drugs sold there were either more expensive or less pure, I don't know which, since I didn't want any anyway.) And two, being given a booklet full of helpful hints and tips, aimed mostly at students who had never been to New York - or possibly even any large city - before. One was a note on the correct pronunciation of Houston Street ("You're in New York, not Texas!") and one was: Look Up.

It was a good tip. New York architecture often saves its most surprising gifts for high corners and rooftops. I still try to remember to look up, and not just in New York. But I've found, walking around Connecticut on sidewalks and boardwalks and trails, that looking down is also more interesting than you might think. (Sometimes just because your shoes look good with the steps, but sometimes necessary for safety.)  Maybe because the ground is covered with snow or leaves or rainwater so much of the year, it's easy to ignore. But summer reveals the textures, the variety of grounds and floors and paths, just hiding down there, waiting to be noticed.

Posted by Johnna Kaplan at 7:09 PM

Email ThisBlogThis!Share to TwitterShare to FacebookShare to Pinterest
Labels: Misc.