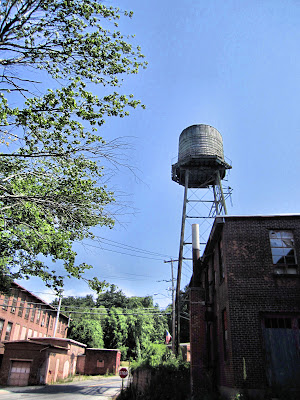 East Hampton is not near Hampton, and it's not east of Hampton. It's about 45 minutes to the west, either two or three counties over, depending on your route. East Hampton is, at least, south of Northampton, MA, and north of Southampton, NY. But despite sharing a name with part of the Hamptons, the two are not related. And you can't get here by Jitney. 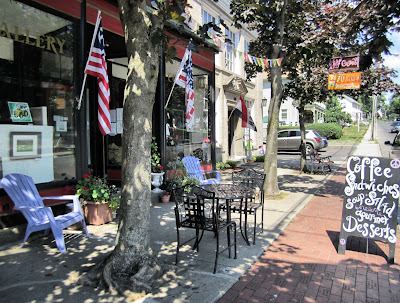 East Hampton, where I went for the first time recently, is like an uneven quilt of oddly-shaped sections with conflicting identities roughly stitched together. There's Middle Haddam, which isn't part of Haddam or East Haddam, and Chatham, which isn't like Cape Cod, and Cobalt, which sounds like it should be in Pennsylvania.

The result is a mish-mash that's confoundingly hard to get around, with steep hills, narrow streets, blind turns onto suddenly busy roads, and either cramped little parking lots requiring tricky three-point turns or no parking lots at all. Each part looks a little like someplace else, but the whole looks like no other town in Connecticut, and for that - though driving there practically killed me - I like it. 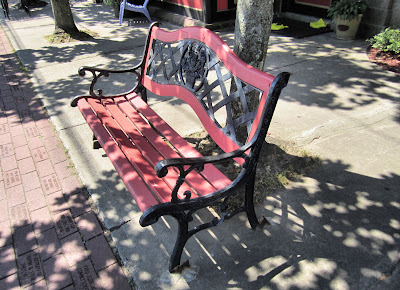 It's almost certainly wrong to write about East Hampton, especially this part (which I'm pretty sure is called the Village Center, but I think to really understand these distinctions within East Hampton you'd have to read a whole book on it) without including a picture of the town's two most important features: Lake Pocotopaug, and bells. But that's what I'm going to do, for now. The lake, which is vast - another whole section of town is named for it - and the bell-making industry, with its long history and recent tragedies, deserve their own posts.This is just my initial impression of a place too large and varied to take in at first glance. 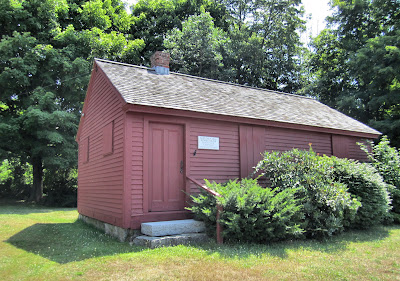 Which of course includes a schoolhouse. The Chestnut Hill School, no longer on Chestnut Hill but next to the Chatham Historical Society building, looking just as wee and schoolhouse-colored as it must have when it was constructed in 1840. 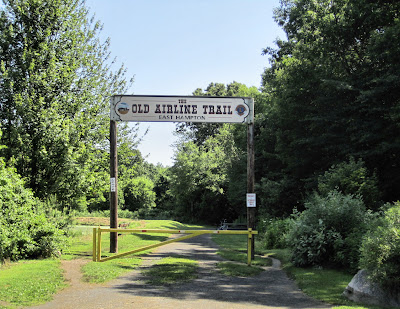 The Airline Trail is how I first heard of East Hampton. Then I assumed it was a neighbor of Hampton, because the other section of the Airline Trail, the Northern section, does run through Hampton. So yeah, I was confused for a while, but I can't have been the first. The disused rails that this trail follows once carried trains between New York and Boston, the "air line" being the theoretical shortest distance between the two cities. 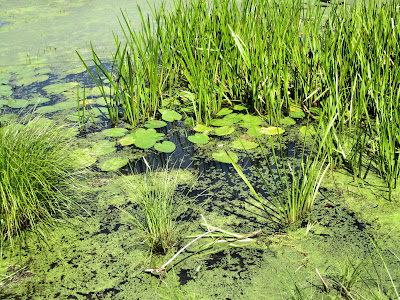 The trail parking lot is located at something called the Cranberry Bog, which I figured was an evocative name that would disappointingly turn out to refer to a little public park with a neatly mowed lawn. But happily there was a real bog when I got there, large and pea-green and murky, supporting little yellow flowers on its surface and who knows what sort of terrifying life below. 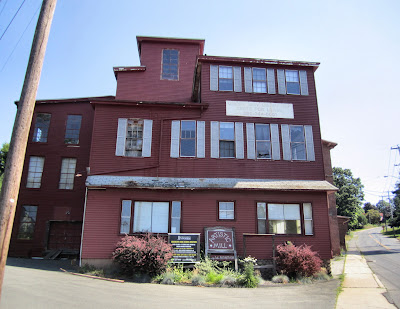 Parts of East Hampton look like this semi-forlorn c. 1880 silk mill. It produced thread until the mid 20th century. Now, as best as I can tell, it's rented offices and studios. 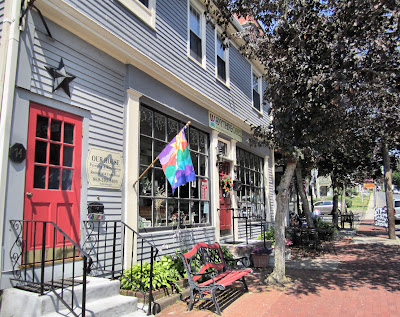 And there's this part again, the small, bright Main Street, which reminded me of neighboring Colchester. This part seemed - on the surface at least - to comfortably co-exist with time-worn industrial buildings, just a few blocks away, which many other town centers would not put up with. 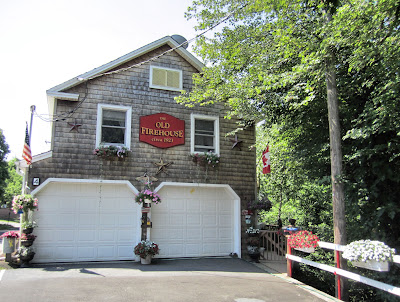 And then there's this, the Old Firehouse, lovingly preserved for reasons I haven't yet ascertained, just standing there on a little road I turned onto by mistake, across from the half-skeletal ruins of a car and surrounded by boxy brick factory buildings with broken windows.

I used to think that if you had a list of places you wanted to see, you could cross each one off after you'd gone. But the truth is that sometimes, like this time, you cross them off only to have to add them again.

Posted by Johnna Kaplan at 9:04 AM