You Never Miss the Water Till the Well Runs Dry 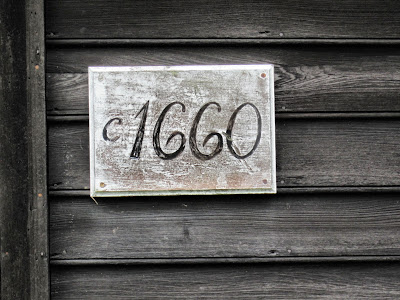 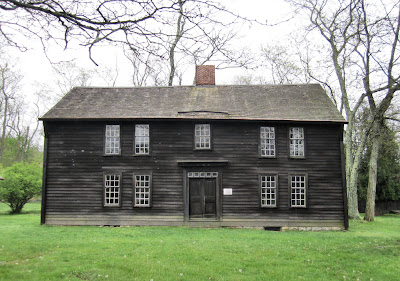 Yes, it is - it's the Thomas Lee House, "one of the oldest wood frame houses in Connecticut in its primitive state," according to the East Lyme Historical Society. I wasn't planning to write yet another post about yet another old weathered building reminiscent of a simpler time and all that, but then the rain got in the way of what I was going to write about. And then I saw this place; I'd seen it before, but this time, for some reason, I had to turn around and stop for it, and walk across this lawn, soaking the bottom 3 or 4 inches of my jeans and probably damaging my shoes and exposing my feet to whatever horrors lurk in the grasses of East Lyme. 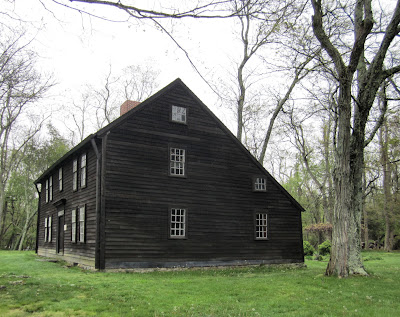 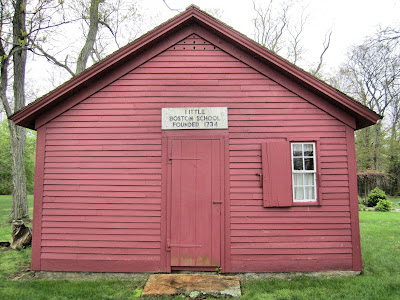 And of course there's a schoolhouse. When I get it together I'm going to update the categories on this blog, and one of them is going to be Schoolhouses, because at this point they're just finding me. 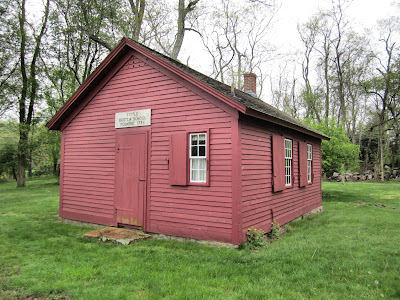 The Little Boston School was called that because "the quality of the education was considered to be comparable to that of Boston." Which I guess was their version of T-shirts reading, "East Lyme, the Harvard of Southeastern Connecticut." Classes were held here until 1922. 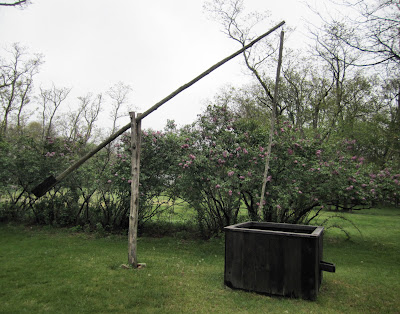 There's also a well! You don't see too many of them around here, surprisingly - or maybe not; I suppose many people would see no reason to preserve them. Most of the ones you do see tend to have a pretty little  peaked roof over them, and I've never seen one that still has its ancient-looking water-drawing mechanism thingy still standing. (You can see my Colonial-era well technology vocab is not exactly what it could be.) At first, from across the lawn, I wasn't sure it really was a well, but: 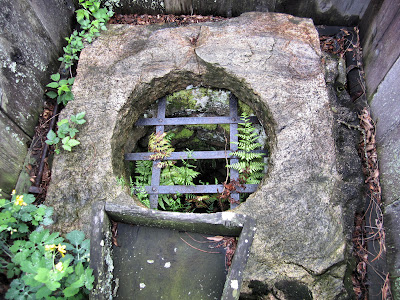 It is. The grate was obviously added later. I suppose, if the well had no little roof, there would have been some form of cover to protect the water from leaves and animals and to protect little 17th century children from the water.

I did a quick search for similar wells, wondering whether Connecticut was in fact full of examples that I'd somehow overlooked. But all the pictures I could find of wells like this came from far away places, rural regions where poverty and tradition appeared to have stopped the progress of time in countries that had nothing to do with Connecticut or even with the English origins of the people who settled here. And maybe that's why I had to stop at this house in the rain. It's not just another time that's evoked by these old weathered buildings and abandoned technologies, it's a lost link to another world.

Posted by Johnna Kaplan at 8:17 AM