Sometimes you have plans, all sorts of interesting plans, work to do and places to go and things to see. But fate says to you, "Sorry. Actually, instead of all that, you're just going to be spending a lot of time in Norwalk." But all was not lost, because the last two days of having to go to Norwalk involved the area near the border with Wilton.

I temped in Wilton once, what feels like a million years ago. On my lunch break I'd either walk down Danbury Road to Dunkin' Donuts, which is really putting oneself at a greater risk for vehicular homicide than any cup of coffee is worth, or I'd drive around, up steep snowy hills past icy ponds, looking for I knew not what. It was sort of like writing this blog, except back then it would never have occurred to me to that anyone would blog about Connecticut, of all things. I never found much during those lunches. But it turns out that one of the simplest, best Wilton finds was right there on the road I took to work every morning. In all those months of bleary starts to dull days, I simply didn't see it.

Lambert Corners is a collection of nine historic buildings (of the oh-so-adorable variety) re-purposed for commercial use. Wilton does this really well, as it happens. So many years later, on a morning when I had no temp job to go to, I stopped at Lambert Corners and lingered there for a few minutes. All around me heavy traffic, presumably made up of tired commuters like I used to be, moved at a crawling pace. But here, before the shops and offices opened, the historic buildings were ensconced in a little oasis of cool, damp calm. 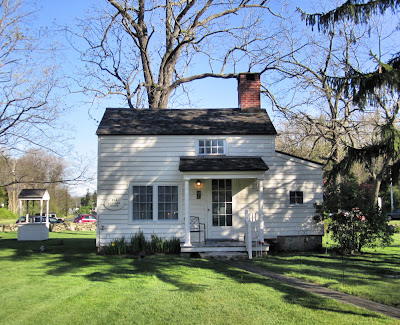 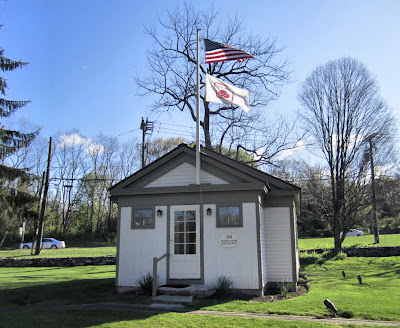 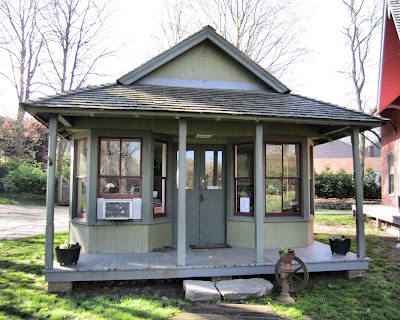 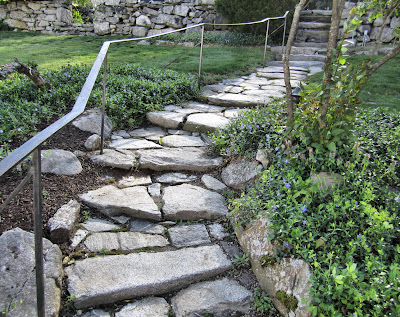 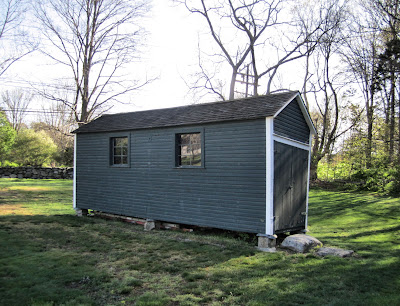 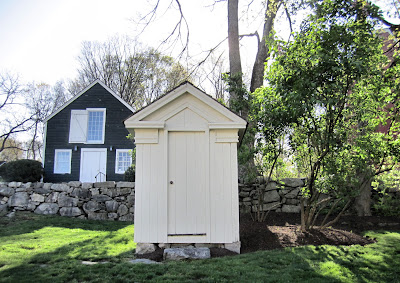 Posted by Johnna Kaplan at 9:48 AM