To The Near The Lighthouse 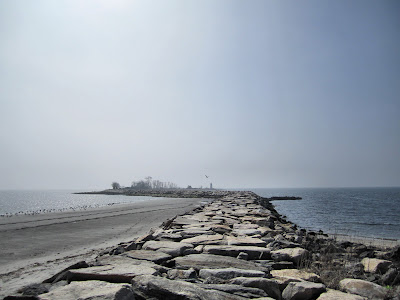 Connecticut has, if I'm counting correctly, twenty lighthouses dotted along its Southern coast. Some are still operational, some are not. Of the twenty, one is a museum, two can be reached only by ferry (luckily for the unwashed poors among us, the Greenwich ferry is no longer restricted to Greenwich residents), fourteen are either not visible at all or visible only by (non-ferry) boat, and three are accessible to the public and can be reached on foot. One of those three is in New Haven, one I'm going to post about soon, and the other is the Fayerweather Island Light. 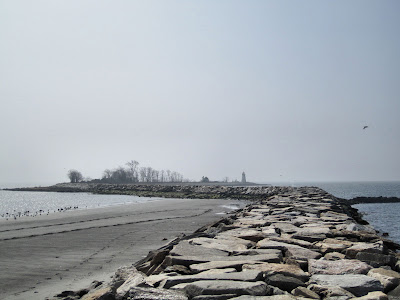 Fayerweather Island is located just off of Seaside Park in Bridgeport's South End. My directions to the park contained a line that every Jew wants to hear, "Turn right on Iranistan Avenue." I wondered what or who had inspired that unusual and slightly alarming name, but I learned the answer was less interesting - or more interesting, I suppose, depending on one's personal, um...interests - than I'd imagined. It involves P.T. Barnum, as the answers to most Bridgeport questions do. (What is that crazy building off the highway with the wacky little domes on top? The Barnum Museum. Why do they not announce what track the train is arriving on at the Bridgeport train station? Oh wait, that one has nothing to do with Barnum, never mind.) Barnum's Iranistan was a 19th century Oriental fantasy of a mansion that the showman and local politician had constructed in 1848. It burned down in 1857, but you can see what it looked like during its brief and ostentatious life-span here. 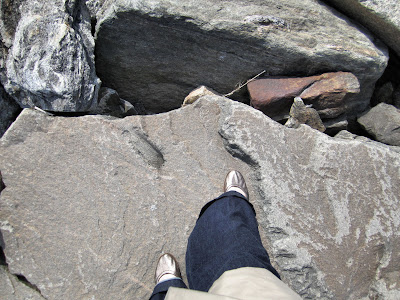 I didn't go all the way out to the little island, because getting there from the park requires a "mildly strenuous walk across a breakwater." It didn't look strenuous exactly, but it looked like something you probably shouldn't do in flats. Or maybe I'm just getting less adventurous in my old age. 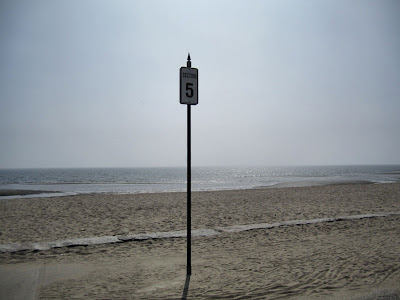 I thought I was done with P.T. Barnum for the day after detouring into the origin of Iranistan, but it turns out he was largely responsible for Seaside Park too. It was his vision, and sits on some of what was his land. Before he started the process of turning this coastline, once "barely good enough for cows," into a public space, it was practically inaccessible. Some of it was underwater. The park is listed on the National Register of Historic Places - it was the first "waterfront rural park" or "marine rural park" in the country - and it was designed by Frederick Law Olmsted, Calvert Vaux and Egbert Viele, a team better known for their only other project together, Central Park. 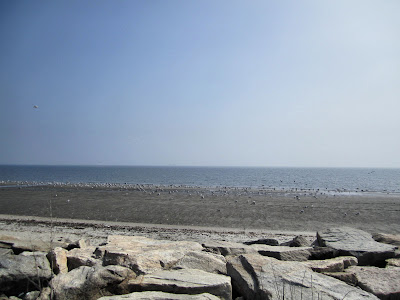 This place is 375 acres, so I didn't try to see all or most of it. I didn't search for the Soldiers and Sailors Monument or the statue of Elias Howe, inventor of the sewing machine, or the one of Barnum himself. I just gazed out across the mile of beach, where a squabble of seagulls - or multiple squabbles perhaps - were gathered. 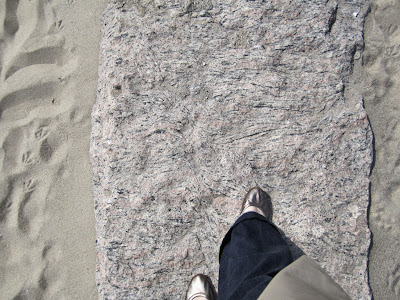 The low walls here, I decided, were safe to walk on in flats. 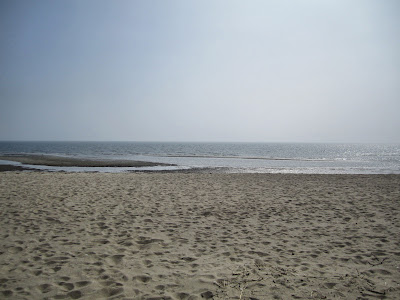 As I stood there, accumulating sand in my cuffs, the sun struggled to burn off the white fog that hung over the morning. It almost succeeded in producing a spring day.
Posted by Johnna Kaplan at 8:58 AM