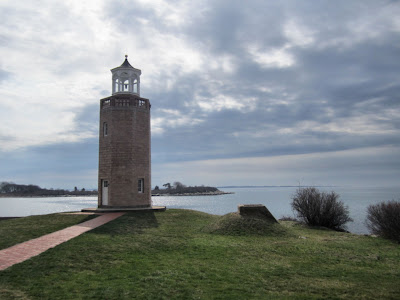 Once I had started with these, I had to go see the third easily accessible Connecticut lighthouse. This one was just a few minutes drive from me all along, and I never knew it. The Avery Point Light stands beside the Thames, across from New London, on the Avery Point Campus of UCONN in Groton. (UCONN has a campus in Groton?! Why yes, it does. Weird. I know, right?) It's made of concrete, it's an active lighthouse, and it's one of my favorites because it doesn't look like a lighthouse, exactly. You can't go wrong with the traditional ones, of course, but different is always good. The construction of this one is almost - I despise this word, but - whimsical. 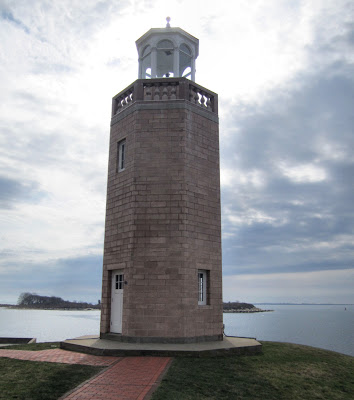 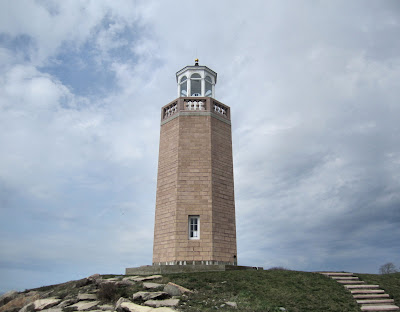 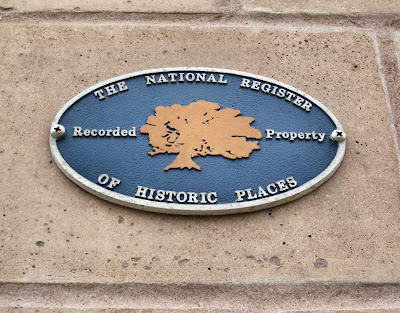 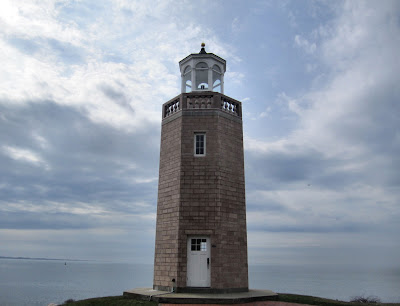 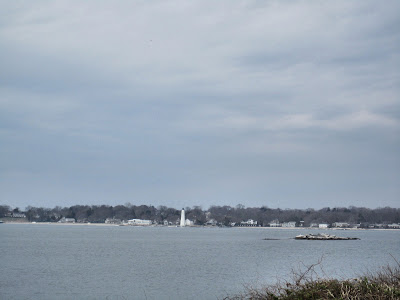 You can also spot two bonus lighthouses from here! The new London Harbor Light - the one on the license plates - is visible from various places along the shore in New London too. Actually it's basically just sitting in someone's driveway, so you can walk up and peer in and get a close-up view. But that always makes me feel nosy. And I kind of like this vantage point; yes, it's far away and my zoom lens doesn't quite make it, but from here you get a better sense of New London as a whole. Sometimes when I'm in the city, I lose sight of how pretty parts of it really are, and why it was such an obvious location to settle in the first place. 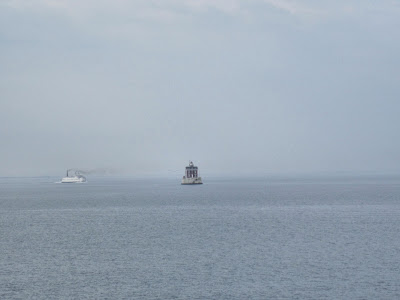 You can also see the adorable New London Ledge Light, which looks like a cross between a red brick house and a fancy cake, from here. Perhaps better than you can from Ocean Beach Park or the other New London spots where it's visible. (Note to self: make more money; buy camera with better zoom.) 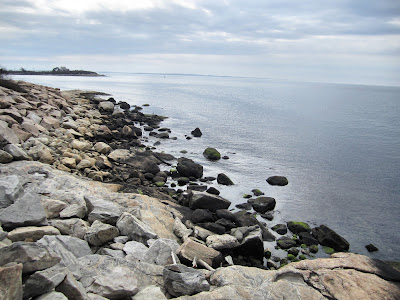 When I went to see this lighthouse, the Avery Point Campus was wonderfully peaceful. Small planes flew low overhead and a few students walked or sat by the water. Other than that, it was just grey stone buildings and walking paths and water views. (When I see colleges like this, I always think for a split second that it would be nice to be an undergraduate in that environment. Then I remember what I was like at that age and realize if I hadn't gone to a huge university in the middle of a huger city, I would have hated every minute of my life. Oh well.)

The exact percentage is not constant, but maybe 70% of the time I want to be, or to live, somewhere else. But for the remaining 30%, there is nowhere more beautiful than the Connecticut shoreline, with its harsh ancient rocks and infinite subtle shades of pale blue that melt together on the horizon.
Posted by Johnna Kaplan at 11:24 AM