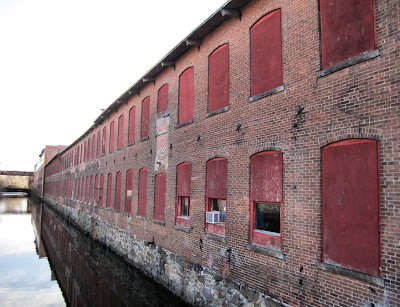 The thing about writing a blog no-one reads is I'll never know if anyone got my Lucinda Williams reference in the title up there. Anyway that's Greenville, and this is Greeneville, a section of Norwich. (Which is just full of cool, sort of semi-autonomous seeming sections.) 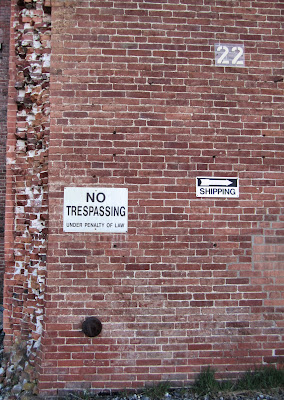 Greeneville dates from 1833. I'd been through it many times without guessing it was anything more than just, well, more of Norwich, the part north of downtown along the Shetucket. There are houses here, some symmetrical and dignified in that subtly smug New England way, and some plain. But the structures that always caught my eye were the old mill buildings between the railroad tracks and the river. 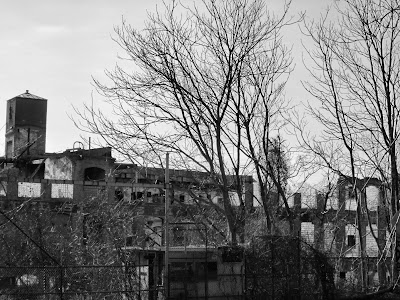 Some have been razed since this area's prosperous century came to an end some time before WWII. The industrial buildings that remain are mostly unused now, and exist in various stages of dilapidation. They go on for blocks, so that it's hard to tell where one ends and the next begins. Their silhouettes stand stark and jagged against the sky like a bombed-out skyline. 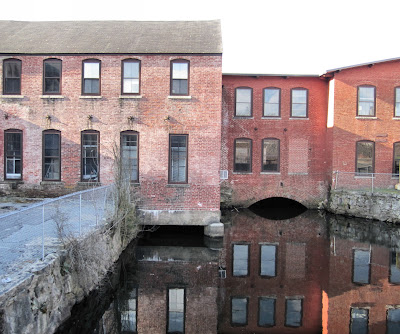 In high school, I remember, we had to take some silly tests designed to determine what we should do with the rest of our lives. They weren't used for anything; I don't think any teachers or counselors even looked at them. Maybe they were just for us, in case we were undecided. I'd known what I wanted to be when I grew up since I was 8, and indeed I went to college to study just that, so I didn't need any such tests. But I do remember they predicted my future career would require "perhaps some college" - a phrase my friends and I found unendingly hilarious - and that the jobs they suggested for me, based on my personality or aptitudes or whatever it was, included detective. Let me say I would make a terrible detective. I'm scared of spiders and sudden noises, I'm about as intimidating as a three-legged kitten, and when I watch The First 48 I can never tell who's lying. But I realized in Greeneville that I do in fact spend a lot of time driving slowly around neighborhoods observing things. 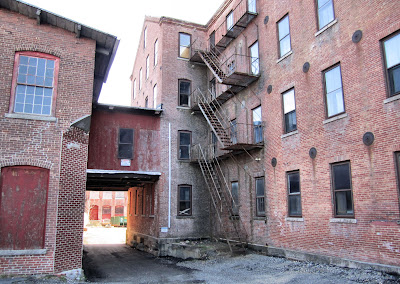 I spend a lot of time walking around where I shouldn't, as if the signs don't apply to me, and taking pictures as if for evidence. 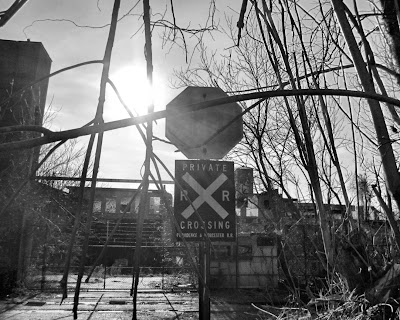 And there's a not-insignificant part of me that loves the quiet aftermath of disaster, and being the first - or at least feeling that I am the first - to encounter it. 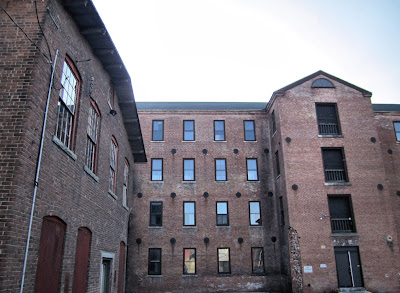 Greeneville got its name from entrepreneur William P. Greene. It's easy to say he planned and developed a self-sustaining little town around a power company, but when you read about him it seems more like he pointed at the riverbank and willed a new, forward-looking world to appear. Not only an industrialist but a philanthropist and local leader (he was Mayor of Norwich for a while) he had been a lawyer in Boston and an owner of mills and factories by the Yantic River before he imagined Greeneville into life. 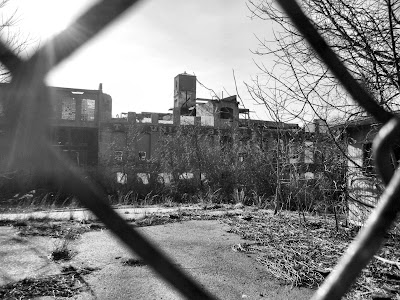 The Shetucket powered textile and paper mills, and it carried the boats that brought raw materials and shipped out finished products. In 1840 the railroad came - Greene was the impetus behind that too - and the market for Greeneville's goods became a national one. During the Civil War things quieted down (because cotton is the fabric of our lives) but then ramped up again, and the town's activity only increased. 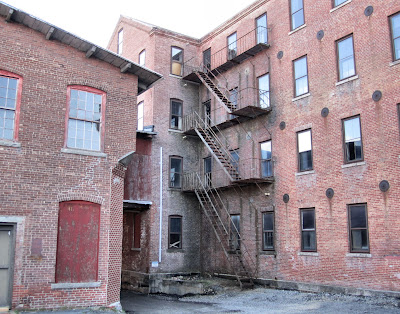 There are no elaborate company owner's mansions in Greeneville, as there are in some of Connecticut's other industrial revolution boom towns. This self-contained village, its shops and its multitude of churches, was inhabited by the workers and their middle-class managers. Reading about it in its prime turns up the words and phrases of a time both familiar and lost, like "tea peddler" and "electrified streetcar line" and "Chinese laundry" and "gaslight." 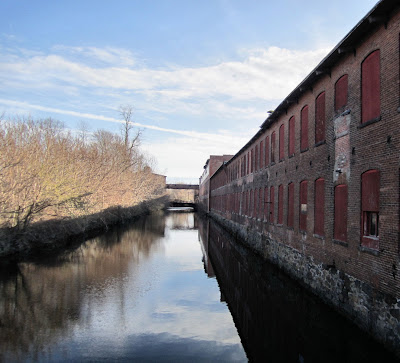 Back to the Shetucket for a minute. Greene saw the potential power of the river - as opposed to the obvious power of the Yantic and its naturally occurring falls - and became a founder and major shareholder of the Norwich Water Company, which built a dam and this canal, which runs parallel to the river for a mile and which is not the type of body of water that springs to mind when you think of Connecticut. 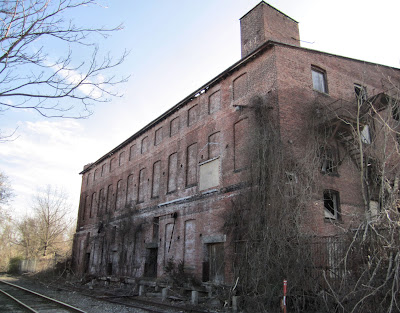 Greeneville's overtly capitalist nature was thoroughly entwined with its leaders' philanthropy and the closeness of the community that developed here. Company owners provided the land for the cemetery and churches to draw workers from nearby rural areas and foreign countries (mostly Ireland in this case) and the whole thing churned along as efficiently as their artificial waterfall. In an obviously self-protective move that nevertheless seems quaint today, the power company, when leasing its riverfront space, restricted potentially dangerous tenants like chemical plants. Not that the Industrial Revolution was some kind of paradise free of corruption and exploitation, but you can't think about all this without contemplating oil spills and hideous sprawling office parks and wondering what might happen if today's corporate villains would only stop villaining (that should totally be a word, right?) for a minute to read about Greeneville. Oh well. 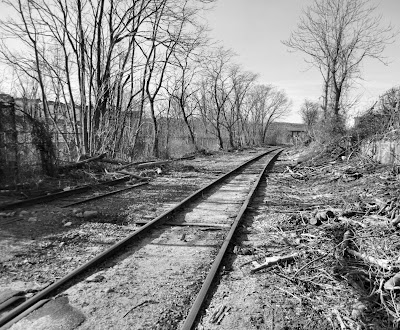 Greeneville became part of Norwich in 1874, and modern conveniences like electricity soon followed. In the end, what finally turned Greeneville from industrial village to sleepy neighborhood was the Depression, and competition from the South, and foreign manufacturers, and synthetics.

The community that once existed here is gone, I guess, and cannot return again. But as I circled around the high ridge of Prospect Street and the dead-ends by the tracks and the numbered streets of this little grid, I felt I was very much intruding on something. Not at the mill buildings, in all their failed splendor, but on the residential streets and in front of the few businesses where people drove and walked and watched. I am not sure that they would say the purpose and cohesion of their village had been swept away.
Posted by Johnna Kaplan at 8:26 AM