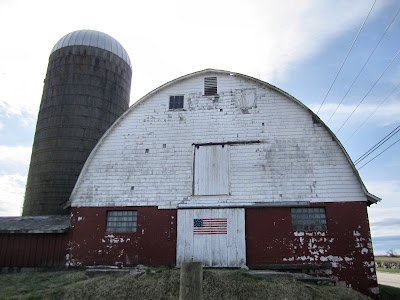 When I flipped through my brain for any associations I might have with the town of Sterling, all I came up with was an article I read once in the Day, about a road where a stopped car will be pushed or pulled uphill, possibly by a witch. Well, Sterling might have a witch, but there's a road like that in Westport, too, and if there were ever witches there they were priced out long ago, so I'd always just attributed it to physics, or something else I did poorly in at school.

I went to Sterling not to see this, um, attraction, but because the town (and its neighbor Voluntown) had begun to taunt me from the map. I'd lived North of them, I'd lived South of them, I'd driven past them and around them and almost right up to them, so how could it be I'd never been to them? This couldn't abide. 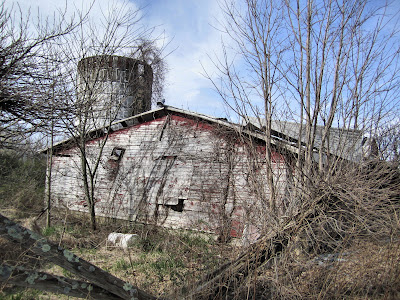 I had looked up Sterling a while ago, planning on checking it out then, but never did for some reason. I kept the few notes I'd scribbled down though, so when the opportunity to drive through and take a quick look at Sterling came up recently, I looked at the scrap of paper and it said, "Dow/Rochambeau/Cow."

I hadn't gone entirely round the bend though. Charles Dow of the Dow Jones was born here, Rochambeau's army camped here in 1781 (I've had this idea forever to convince my friend to drive the Connecticut portion of the Washington-Rochambeau Revolutionary Route with me - it would take forever, and be epic, or just really tiring), and in 2009 a cow was born here with a white cross on its forehead, which made international news. Yes, it did, really. 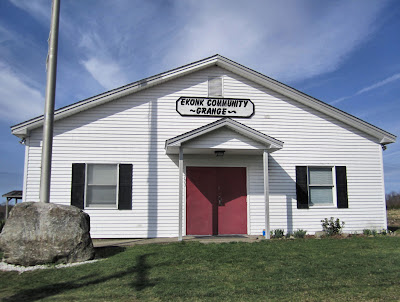 You absolutely do learn something new every day. On this day, I learned that Ekonk exists. 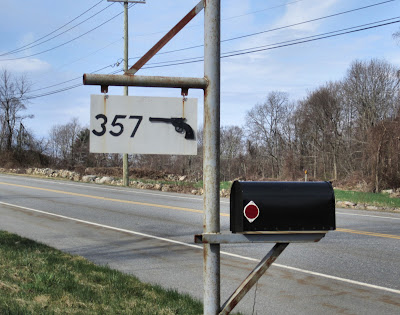 I can't remember if I got lost, or just drove past something that I didn't mean to drive past, but I turned around in the driveway of someone with the best little address sign I've seen in quite some time. 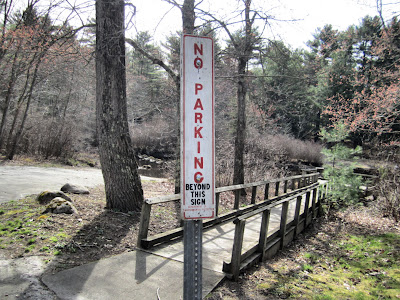 The Pachaug State Forest, the largest in Connecticut, takes up 70% of Voluntown and considerably less of Sterling. It sprawls out over six towns in all. This was a less intimidating little spot of nature I found by accident. 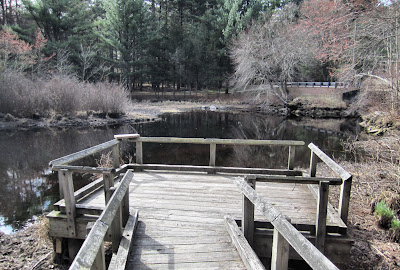 The walkway out to this deck was very slightly bouncy, which gave the experience a sense of adventure it didn't quite merit. 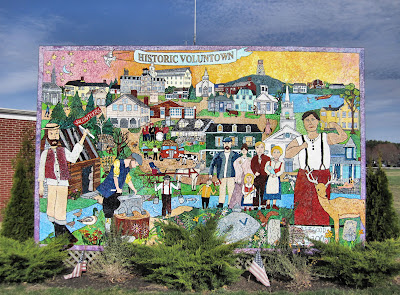 So, on to Voluntown. It's historic! The town itself pretty big (39.8 sq. miles according to its website) but the downtown, or Main Street area, is teensy. You could recreate it in a good sized parking lot. Everyone I encountered kept letting me go first, whether I was in my car or on foot. Either they knew I wasn't from Voluntown, or they're just used to humoring people who take pictures of the Historic Voluntown painting, or they're exceptionally nice. 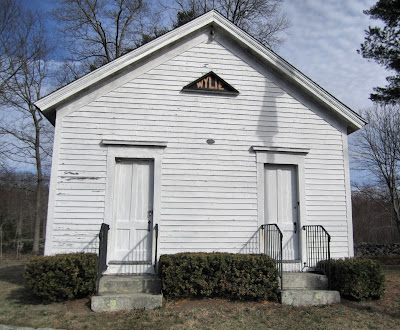 The internet tells me that Voluntown is the home of the Voluntown Peace Trust, which grew out of the New England Committee for Non-Violent Action. Which is pretty funny seeing as the town got its name due to the land being given to volunteers of the Narragansett War.

Anyway, this is the Wylie School building. I should have a bumper sticker that says I BRAKE FOR LITTLE HISTORIC SCHOOLHOUSES. 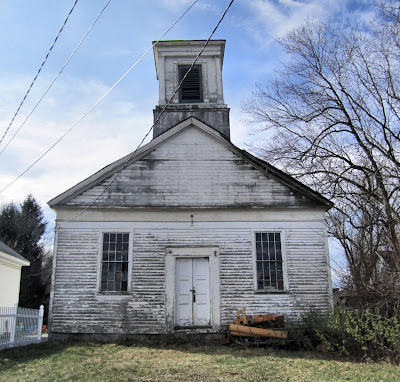 And this is a church, presumably, or was a church. Voluntown has several pretty, newly painted, functioning churches too, but this sort of building wins every time when you're embarrassing yourself by standing in the street taking pictures and you don't want to photograph all the churches because that would be weird.

Voluntown is in New London County and Sterling in Windham, but they seemed to me to belong together. And not just to me, in fact: the latter was carved out of the former in 1794. The area they comprise feels long-settled yet very unexplored; a FedEx truck passed me as I drove along and it looked entirely out of place, like an alien craft from the future. There's a distinct atmosphere to this little region, courtesy of travel-poster views of rolling hills and beautifully crumbling old buildings and family farms selling food that just (quietly) scream "authentic!" I suppose it's only a matter of time before Sterling and Voluntown are overrun by hipsters. I probably shouldn't have even written this. Shhh...

Posted by Johnna Kaplan at 7:28 AM