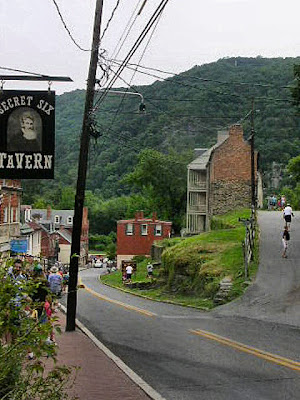 Maybe there's something about being from a very small place that makes people not only want to leave it, but to go forth and do very large things. Or maybe it has to do with Yankee ingenuity, or education, or something else too complex to think about so early in the morning. All I know is I have a list (not a paper list, though I think it might need to become one) of people from Connecticut who went out into the world and left their large, unexpected, crazy stamp on it.

I just finished Midnight Rising, Tony Horwitz's book on John Brown and Harpers Ferry. I knew of course that Brown was originally from Connecticut - Torrington, specifically, where I've never been and where a plaque stands on the site of Brown's birthplace. And I knew that the pikes he had made for his assault on the Federal armory in what was then Virginia came from Collinsville (where I have been, and which is so, well, twee of a place that it's hard to believe they ever made anything but organic artisinal bread.) But I didn't know that two of Brown's most charismatic men were from here too.

I admit that a few times while reading the book (not literally while reading it) I drove past the statue of Nathan Hale, State Hero, in the park near my apartment and thought "You should be John Cook. Or Aaron Stevens." Of course they would be lesser choices, because although they were also brave and on the right side of history and ended up hanged, and though they were also reputedly terribly handsome, they were complicated. If there was ever anything complicated about Nathan Hale - and I kind of doubt there was - it is now as gone as a burned letter. I know Hale deserves his title and his statues. But I do wonder if Cook, from Haddam (charming, gentlemanly, a bit reckless) or Stevens, from Lisbon (compassionate, martial, and generally bad-ass) have commemorative plaques anywhere in this state.

Anyway, these pictures are from a quick trip I took to Harpers Ferry in 2009. It was then the sesquicentennial of the raid, so the the West Virginia mountain town/National Historic Park was even more saturated with the memory of John Brown than it presumably is normally. I was there for other reasons entirely (reasons that had to do with Connecticut, in fact, though that's another story) and didn't pay much attention to all that. But I paid attention to the town itself, and its setting. It's an unusual place, physically, a mixture of rough and dainty. The buildings are sturdy yet as a whole the town seems almost fragile in its valley of blasted stone. The kind of place, I guess, worth going to, worth outraging the world from. 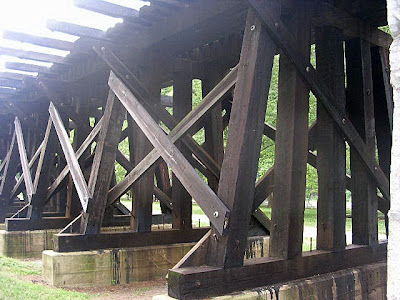 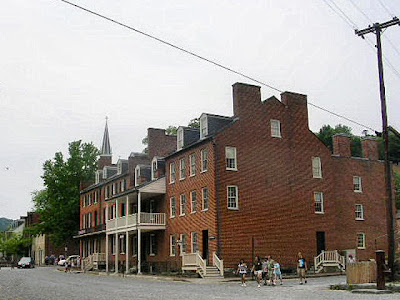 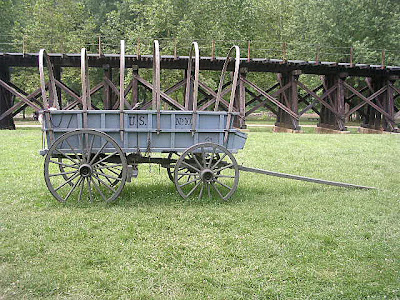 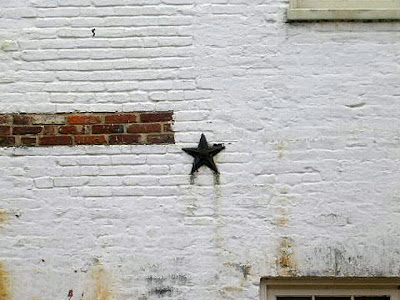 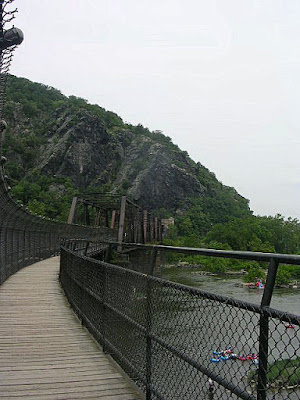 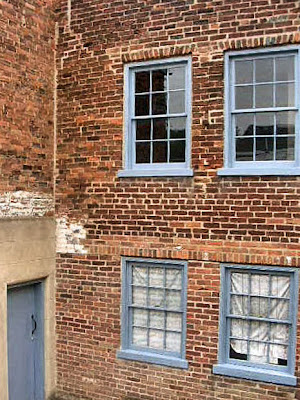 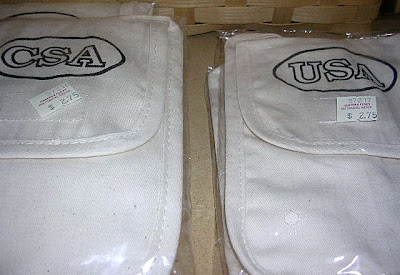 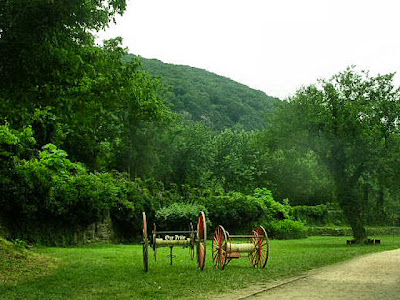 Posted by Johnna Kaplan at 8:29 AM

Email ThisBlogThis!Share to TwitterShare to FacebookShare to Pinterest
Labels: Books, History, Not Connecticut