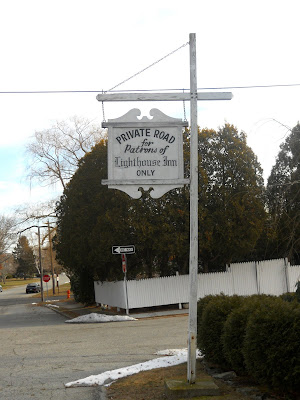 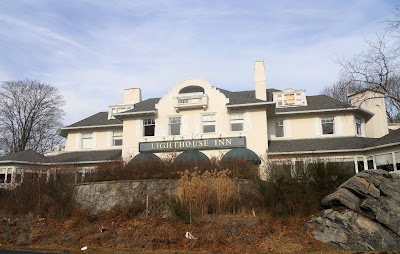 I was going to write about the Inn, and for various reasons I didn't at the time, though I might in the future. 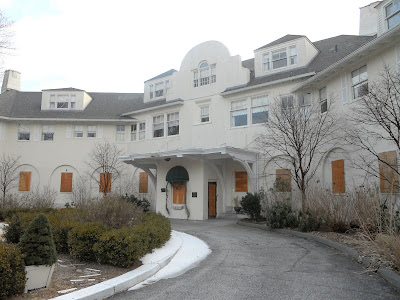 I also just wanted to see the boarded-up building up close. 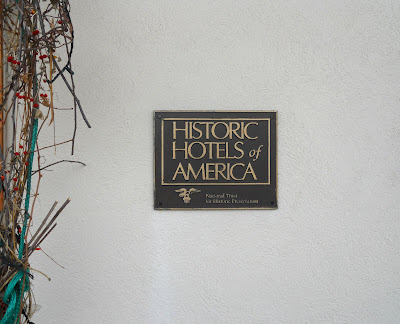 In the early 20th century this was a private summer residence before it was made into an inn. In 1996 it was added to the National Register of Historic Places. 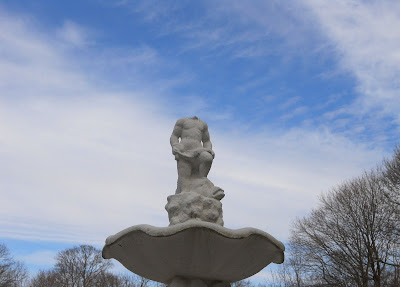 And in 2009 it closed - you know, the usual fraud, bankruptcy, foreclosure, court hearings, auctions that ultimately go nowhere, etc. Now it's what I've (cynically perhaps) come to see as a typical New London story: a site full of history and potential sitting unused, its prime location going to waste. 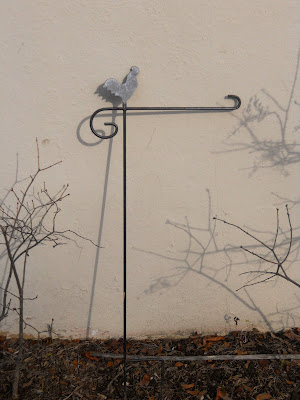 The inside is vulnerable, no doubt, to theft and decay. But the bits left outside seem the most fragile. 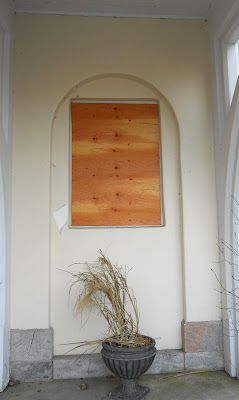 The inside (through the windows, when you can get a glimpse) seems like it might quickly come to life again. But the outside seems long-dead. 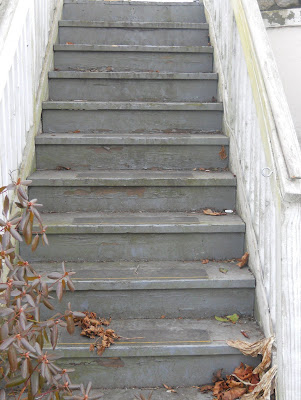 The stairs are still there, but they lead nowhere. 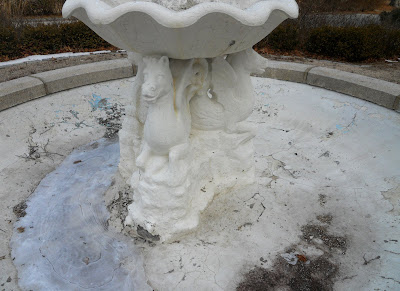 But there's beauty in the details that no one looks at anymore. 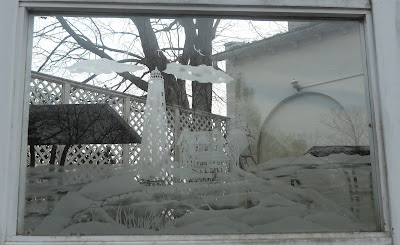 The transparent reminders of the Inn's surroundings have held up better than the Inn itself. 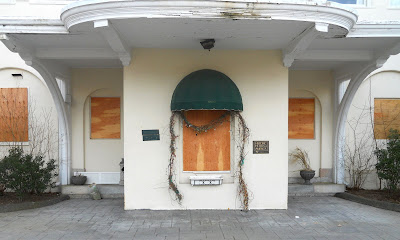 The exterior is sort of like the aftermath of a party. 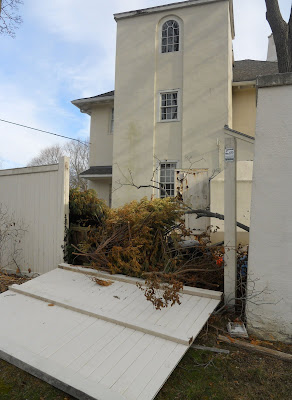 Or a small war. 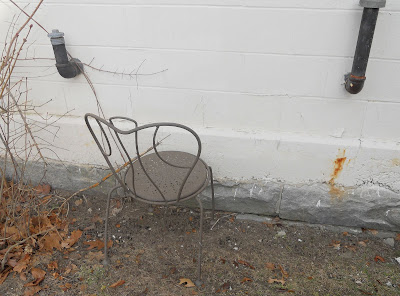 But the little things, at least as of last winter, were still hanging on. I can't honestly attribute tenacity to a chair, but it looked so determined. 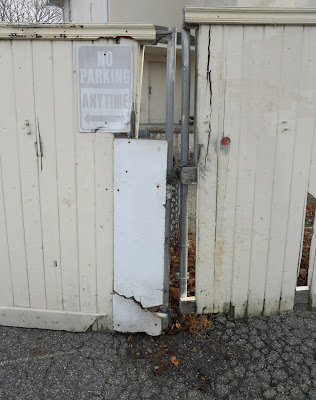 There were a lot of places where the inn was coming apart at the seams. 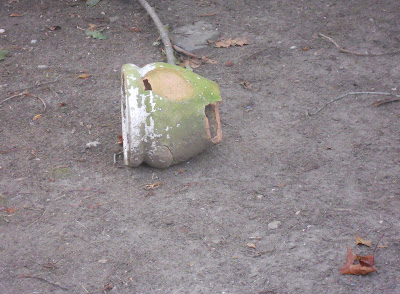 And lots of little cracks. 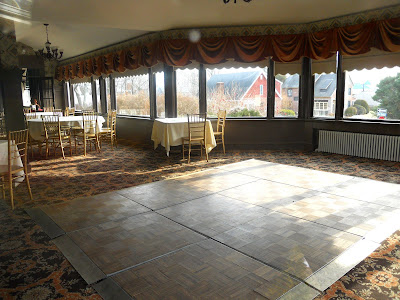 Some say the building is haunted. I don't really believe in that...but the little orb of light near the top of the picture, hovering above the tables that appear to be waiting for guests, did give me pause.
Posted by Johnna Kaplan at 10:22 AM