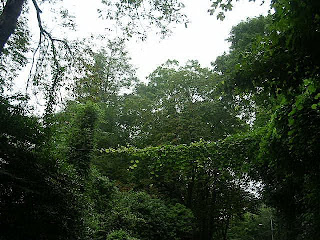 I was lost in Fairfield. There were endless unlined roads, and a sort of timeless shade; the trees on either side of the streets almost touched overhead. Nature was slowly taking back the power lines. It was almost (just almost) too pretty to be creepy. There were large houses. No. Laaaaaaaaaarge houses. There were what appeared to be horse farms, and extra-long driveways, and gates guarded by menacing iron eagles. I thought maybe I would be asked to leave, or chased away. The roads - the ones I was driving on anyway - didn't say "Private." But this was clearly not the kind of place for a girl in a $10 tank top driving a beat-up Honda Civic. And then... 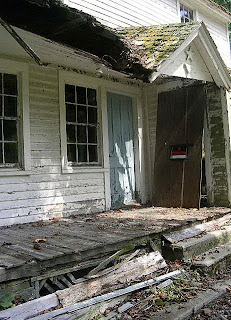 I saw a house. Neglected and peeling, but more dignified than all the surrounding attempts at grandeur. There was a 'No Trespassing' sign on the door. 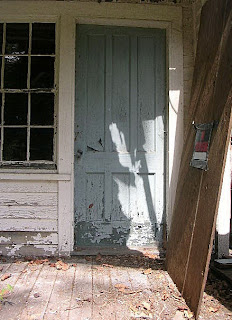 But the driveway was clear. I couldn't go in, the house was crumbling dangerously. But I could go up close enough to look at, if not in, the windows, to wonder who used to live in this place, and why no one cared enough to fix it. 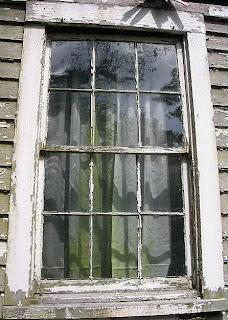 But I didn't wonder that. I could have found that out, probably, if I'd really wanted to know. I only wanted to stop for a minute, in this county where sameness is a competitive sport, where imperfections are smoothed over and smoothed over again, as if by law, and capture these beautifully flawed details that were still holding on. 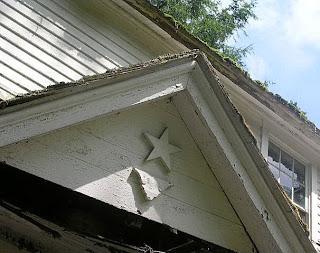 Posted by Johnna Kaplan at 2:41 PM