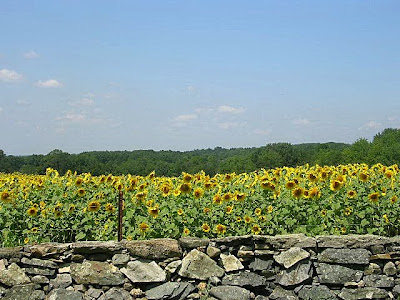 Klytie was a nymph who fell in love with Apollo. This was unfortunate because Apollo didn't tend to go for people who loved him; he wanted the ones he couldn't have. This meant he had to chase them around (e.g. Daphne) or he lost them to mortals (e.g. Marpessa) or he ended up punishing them for spurning him (e.g. Kassandra, Sybil.) Occasionally someone would requite his feelings, but then he'd end up killing them, either by accident (e.g. Hyakinthos) or on purpose (e.g. Koronis.) Basically, for a god who was so much associated with healing and light, he was a lot of drama. Maybe Klytie just wasn't dramtic enough for him; for whatever reason, he wanted nothing to do with her. Instead he seduced her sister, Leukothoe, by disguising himself as her mother (!) before revealing himself as all-seeing and divine. (Because who could turn that down, right? Except for, you know, Daphne and them.) Jealous Klytie told their father (OK, that's a bit dramatic) and he had Leukothoe buried alive in sand. This, unsurprisingly, did nothing to change Apollo's feelings, or non-feelings, towards Klytie. And so she sat, devastated, not eating or sleeping, simply crying and watching her beloved, in Sun God mode, drive his chariot each day across the sky. Eventually she grew rooted to the ground. She withered and dried and became a brown and yellow flower. And she remained there forever, always turning to follow him, lifting her face to the sun.

I took the above photo in Griswold. I was coming back from Rhode Island, which is not named after Rhodes. (I had to check, because there's a whole other Apollo, Helios, Rhodes, etc. tangent I could have gone off on if it was, but it's not - probably. It might be. It's sort of unclear.) I crossed the state line and I drove for a while on blissfully empty roads through small almost-towns. And suddenly, quite unexpectedly, fields of sunflowers appeared on both sides of the road. They looked so wild, so exuberant, so out of place in peaceful eastern Connecticut. And yet, they were lined up very politely behind a very New England stone wall. I wondered why I'd never kown they were there. I drove past them and they lifted their faces towards the sunny sky, the happiest representation of unrequited love that ever was.
Posted by Johnna Kaplan at 12:21 PM