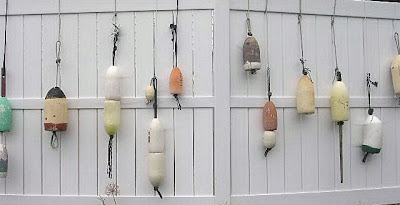 It's called the I-95, but in Connecticut it's just The Highway, the inescapable road. It's the route you take when you go to Maine or Florida, the long straight line of fluorescent orange highlighter on the AAA map. It's how you get anywhere on the Shoreline that's more than two or three exits away. You roll your eyes, you complain, but you take it - there's no other way to go.

Well, technically there is. But the alternatives are usually discouraged. When I was young, I heard a story about someone's mother's friend who attempted to drive to Westchester on the Post Road. I don't remember how the story ended, but it obviously ended kind of badly, because it was a story. My own experience of the Post Road was limited to Fairfield County, where it was congested and ugly, the sprawliest of suburban sprawl. It inched along at 35 MPH on a good day, and it was frequently punctuated by red lights. The I-95 may have been bad but it was, obviously, better than US 1.

But sometimes none of that matters; you just need coffee. Thinking only of Dunkin' Donuts, I got off the highway East of New Haven and ventured onto an unfamiliar stretch of US 1. There was, of course, a Dunkin' Donuts (or six.) But there was also a church sign that said, "Sometimes the voice of God sounds like your wife." And then there was a perfect saltbox house built in the early 1700's, and a shimmering glimpse of coastline. There was no sprawl, and few red lights. Just small towns and surprises and quirky details. You don't get details on the 95. So I kept going, all the way to New London, on those other roads. And all that stuff about how there was no other way to go disappeared.
Posted by Johnna Kaplan at 8:16 AM

Email ThisBlogThis!Share to TwitterShare to FacebookShare to Pinterest
Labels: Driving